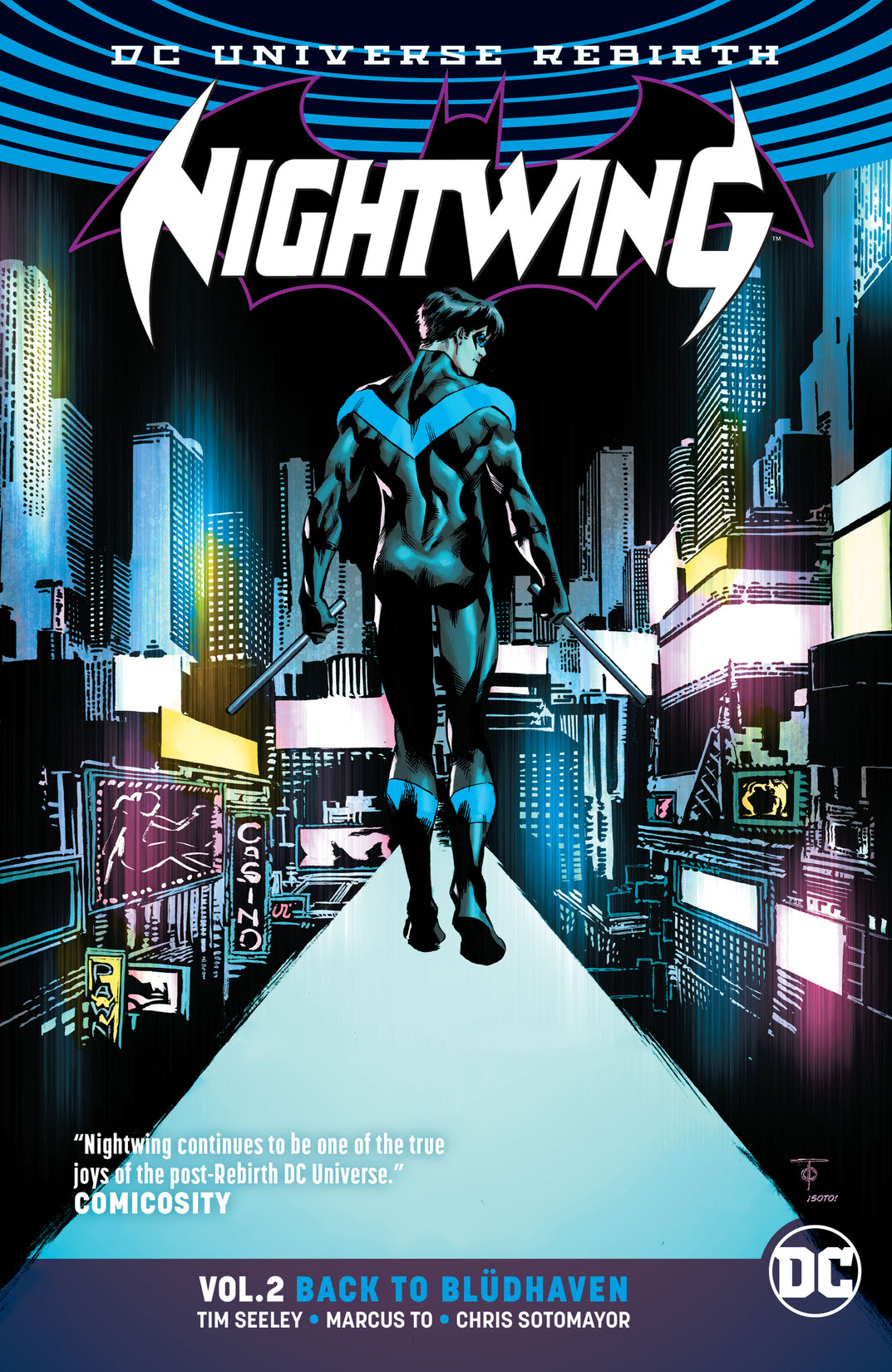 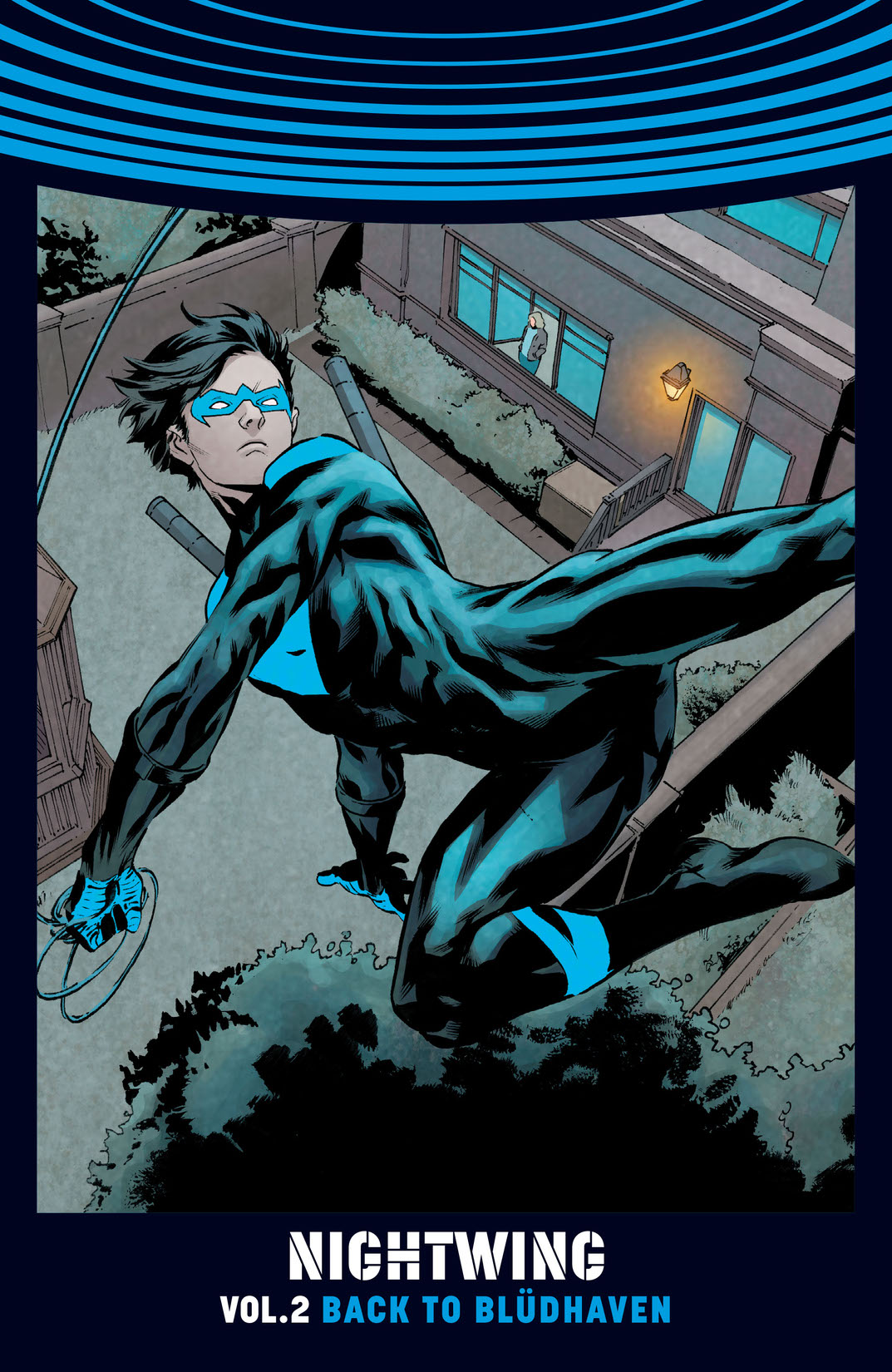 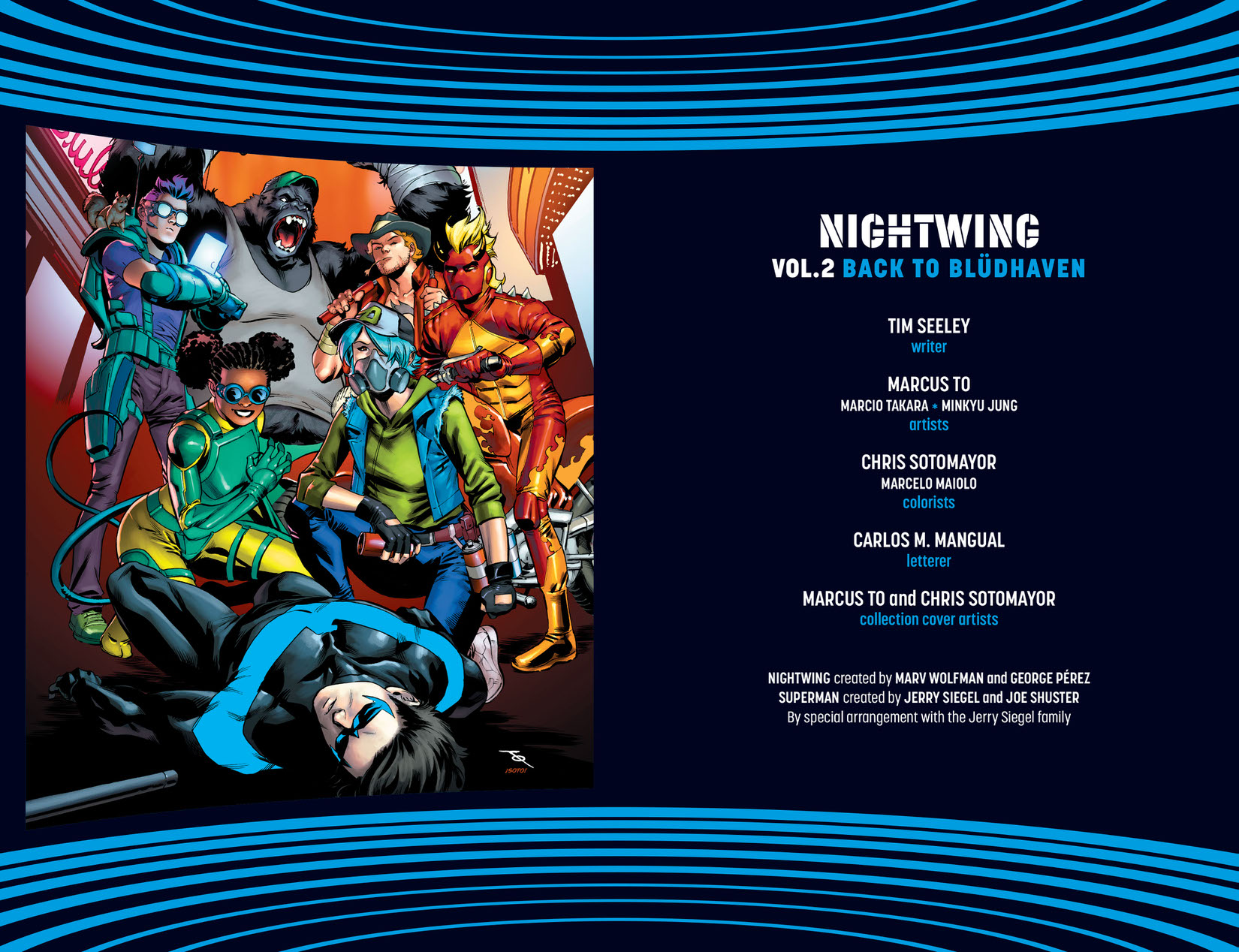 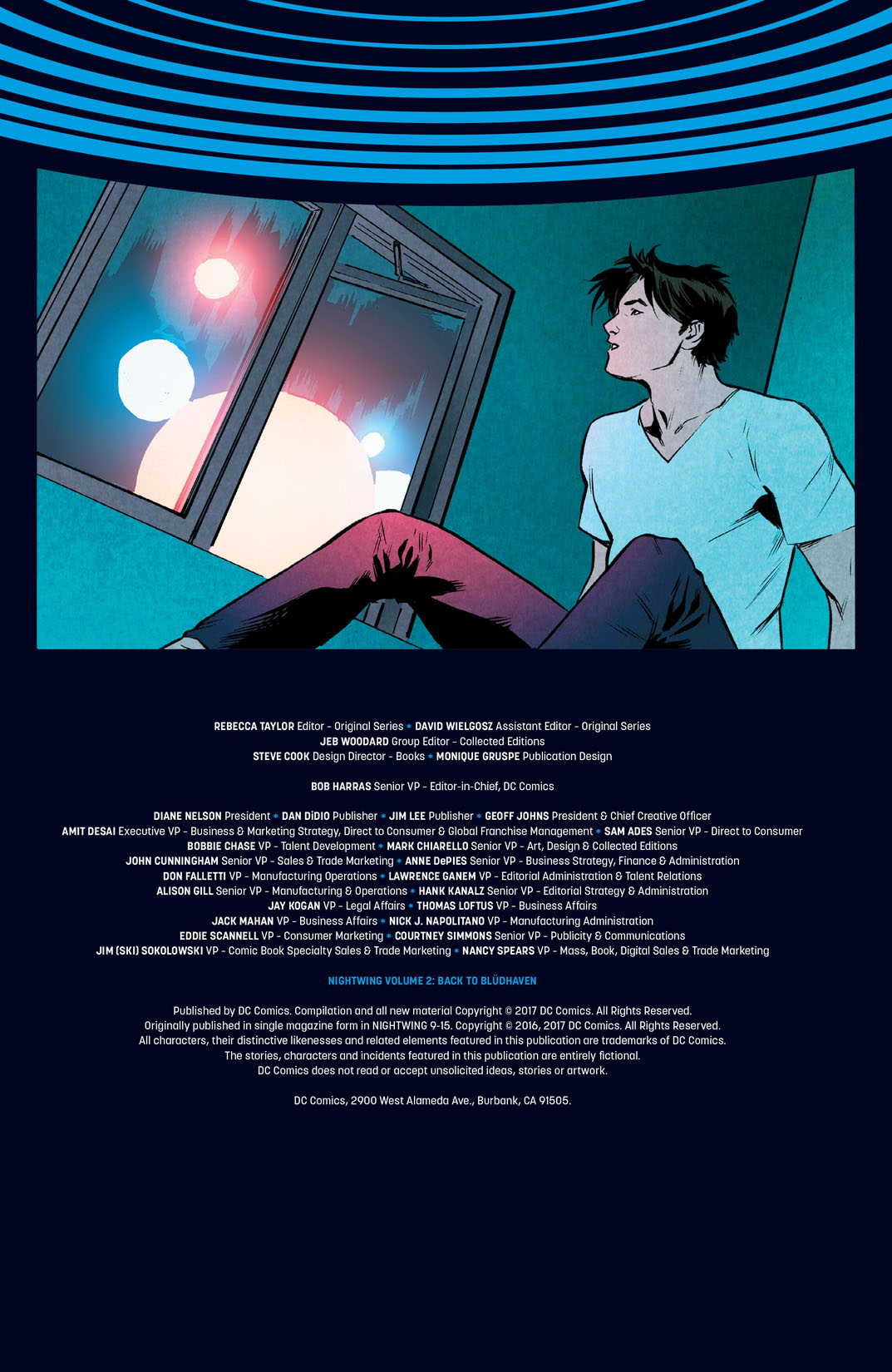 Writer Tim Seeley (GRAYSON), artist MARCUS TO (RED ROBIN) and colorist Chris Sotomayor (BIRDS OF PREY) take Dick Grayson from Gotham City to a whole new stomping ground in NIGHTWING VOLUME 2: BACK TO BLÜDHAVEN. No sooner did the former super-spy take up his old mantle as Batman’s ally Nightwing than he was forced to fight for the soul of Gotham City during the Night of the Monster Men-then do battle with Raptor, the new mentor he thought he could trust. Not even Superman can help him escape the nightmare. So Nightwing takes off for the neighboring city of Blüdhaven, hoping to find a fresh start. Instead, he finds old foes who’ve waited years for payback against the one-time Boy Wonder. And Blüdhaven holds bloodier horrors. A serial killer stalks the streets, framing Nightwing for crimes he didn’t commit. His only hope to catch the killer and clear his name: teaming up with his sworn enemies. If he succeeds, he can be this strange new city’s greatest guardian. If he fails, the blood in Blüdhaven will be his own…