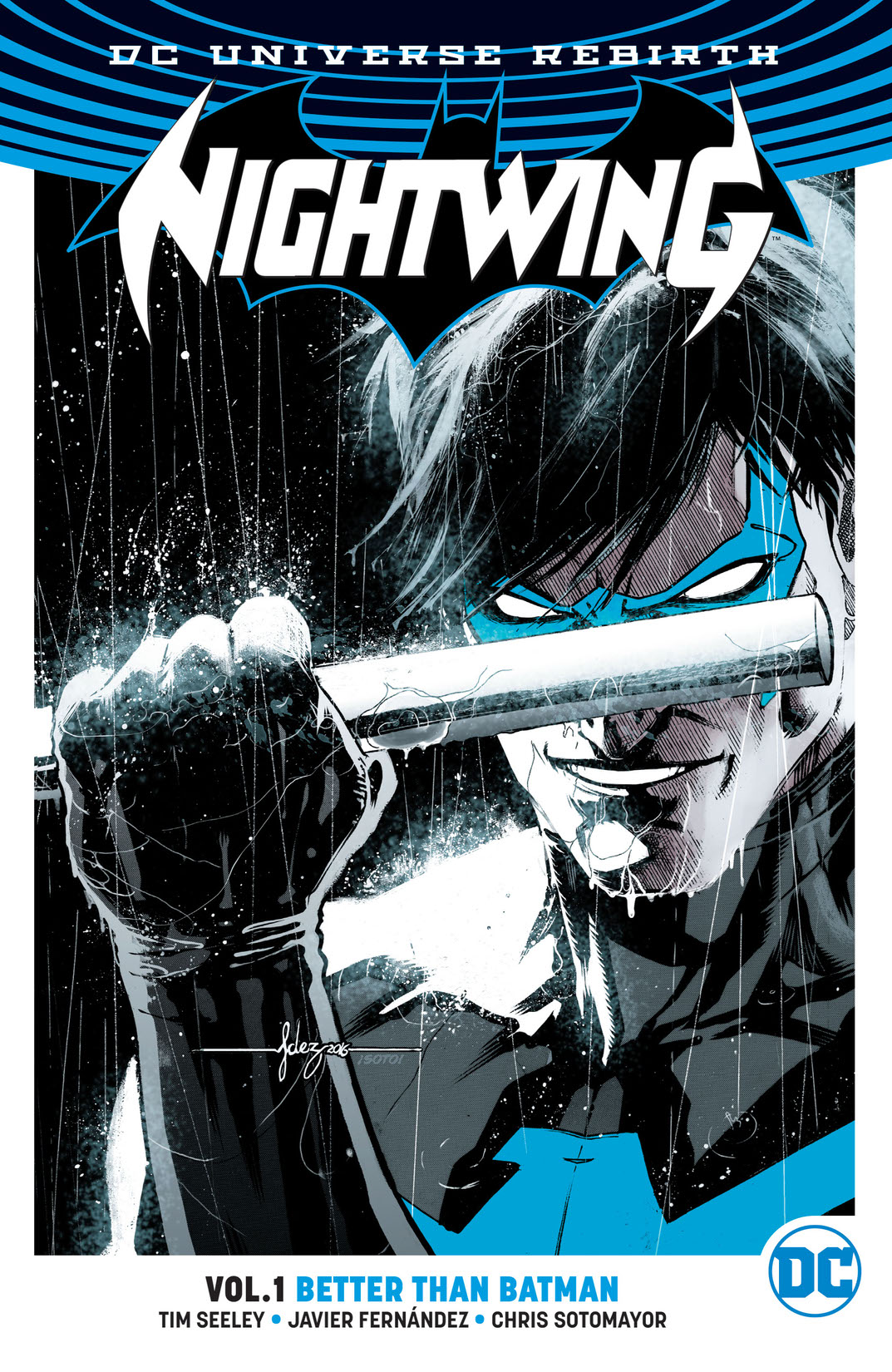 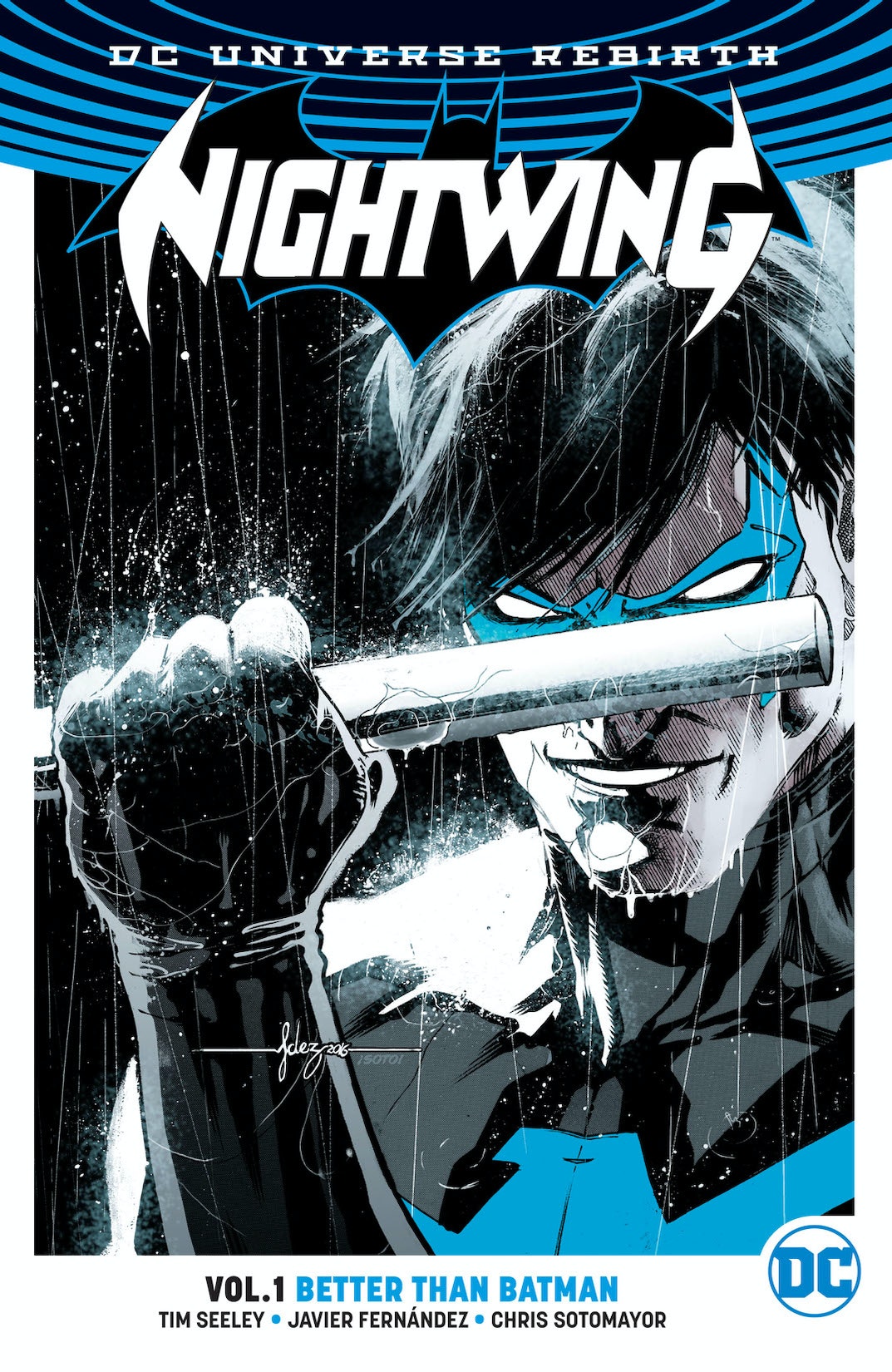 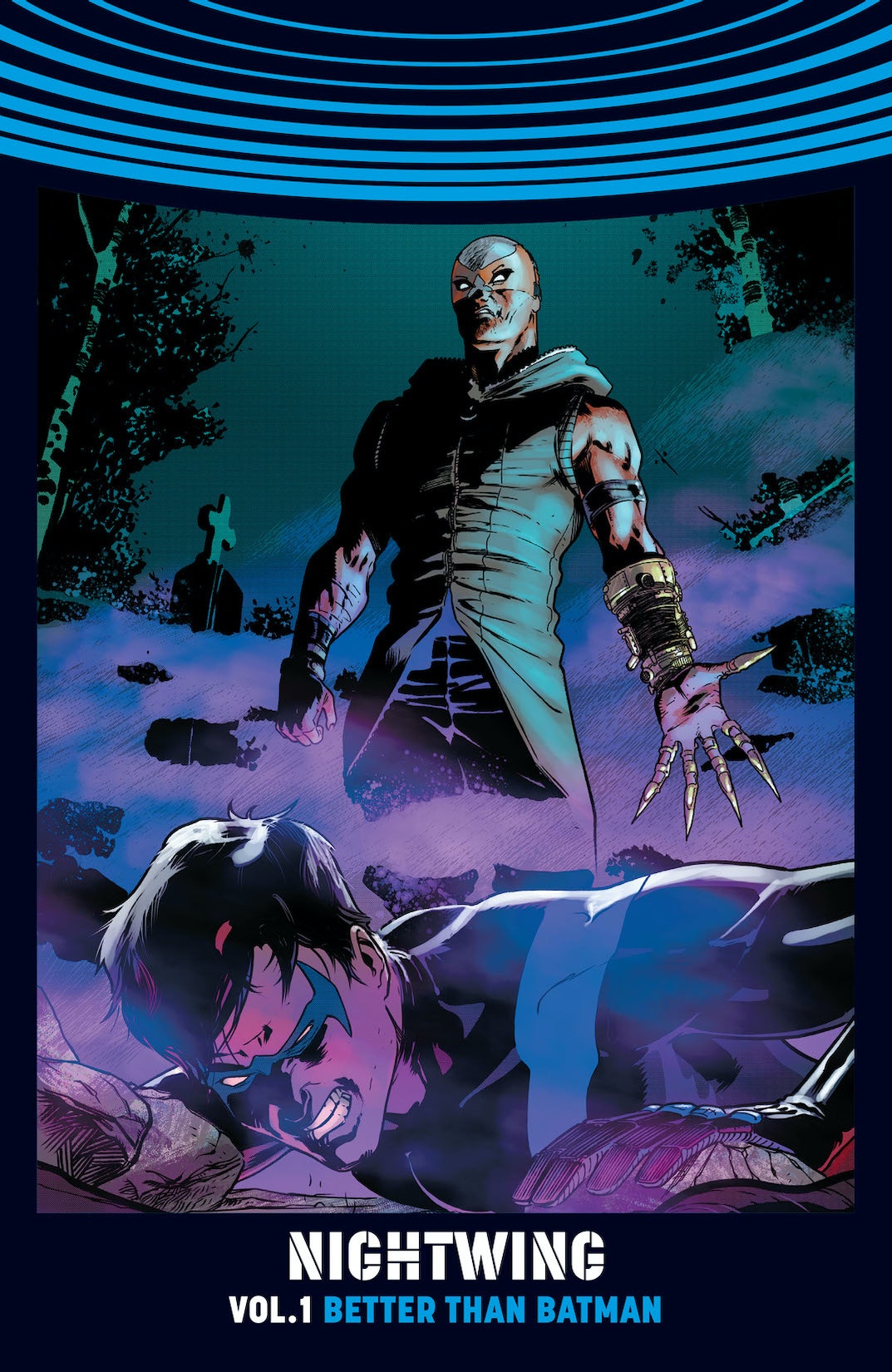 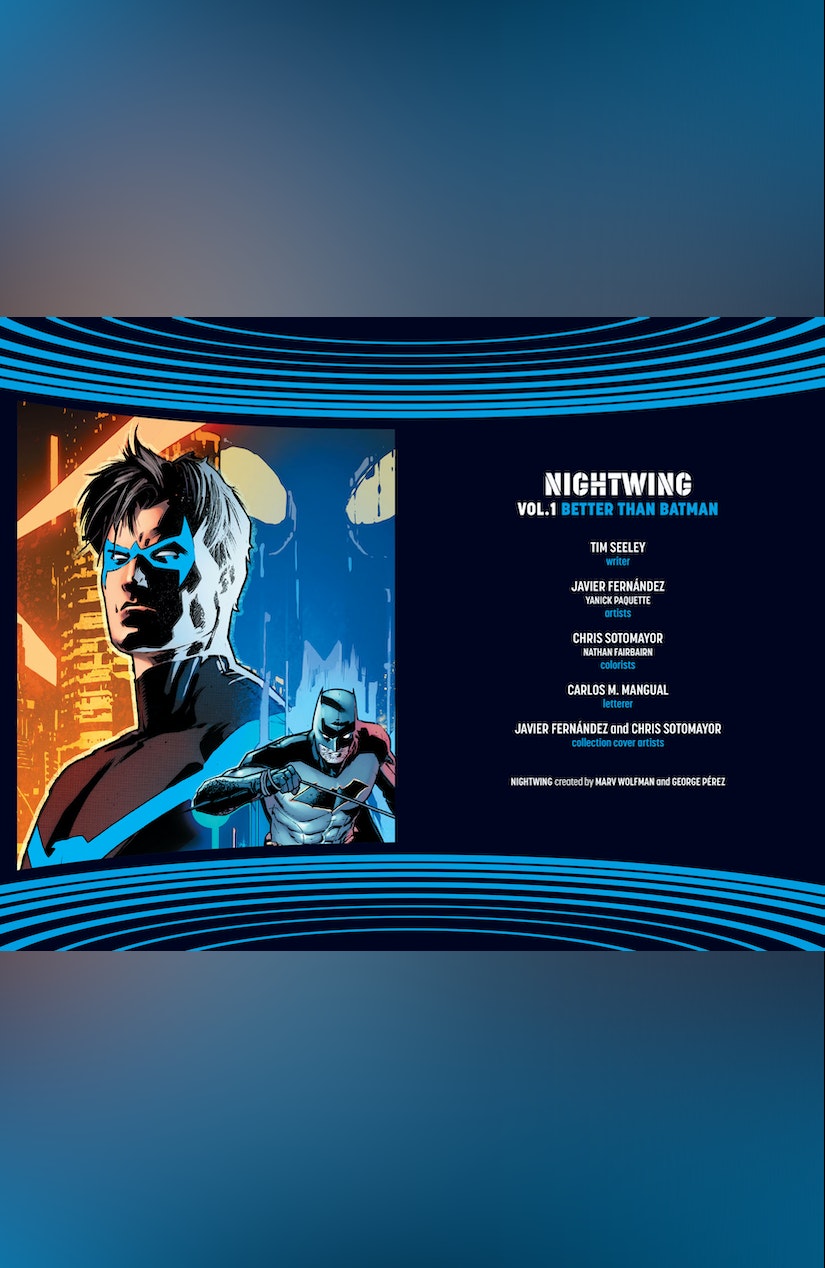 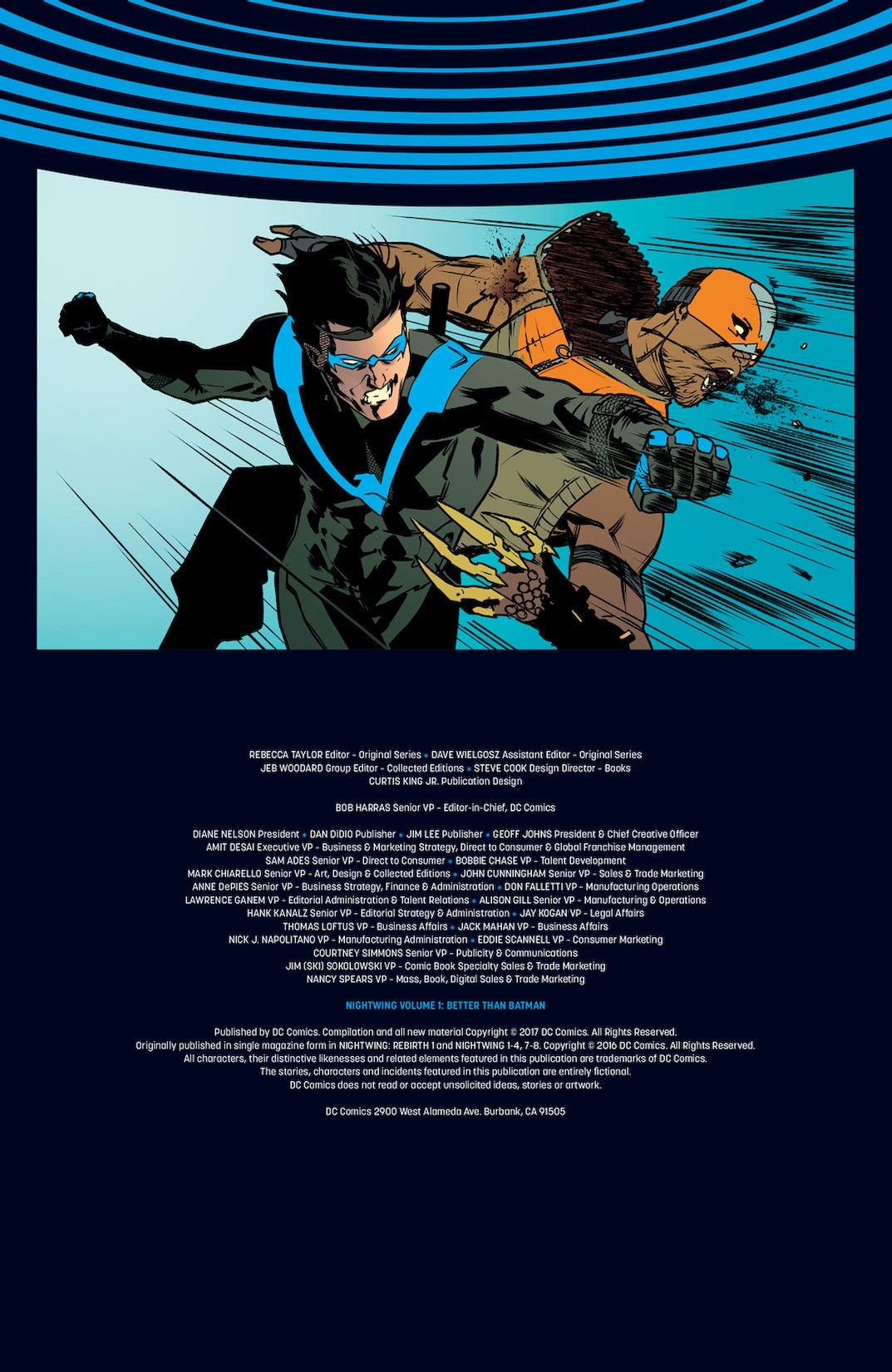 GOING BACK TO GOTHAM He was the first Robin—and a replacement Batman. He was a superspy—and a dead man. Now, after going underground and around the world in a battle to reclaim the secret identity that was stolen from him, Dick Grayson is going back to Gotham as his own man, his own hero: Nightwing! But stepping back into his old life isn’t as easy as putting on his familiar black and blue costume. Not when his former boss, Batman, insists he should work solo. Not when he’s trying to rekindle a romance with Barbara Gordon, a.k.a. Batgirl, who’s got a life and crime-fighting career of her own. When a mysterious masked man called Raptor swoops in, claiming to be an ally but looking every bit the enemy, Nightwing must join forces with Raptor to take down Parliament of Owls, the all-powerful criminal conspiracy that’s left its nest in Gotham City and is spreading its wings around the world. To pull it all off, Nightwing must be more than equal to his mentor. He’s got to be better. NIGHTWING VOLUME 1: BETTER THAN BATMAN marks the return of one of the most beloved heroes in comics, from writer TIM SEELEY (GRAYSON), artist JAVIER FERNÁNDEZ (RED HOOD/ARSENAL) and colorist CHRIS SOTOMAYOR (BIRDS OF PREY). This great new starting point collects NIGHTWING: REBIRTH #1 and NIGHTWING #1-4 and #7-8!.