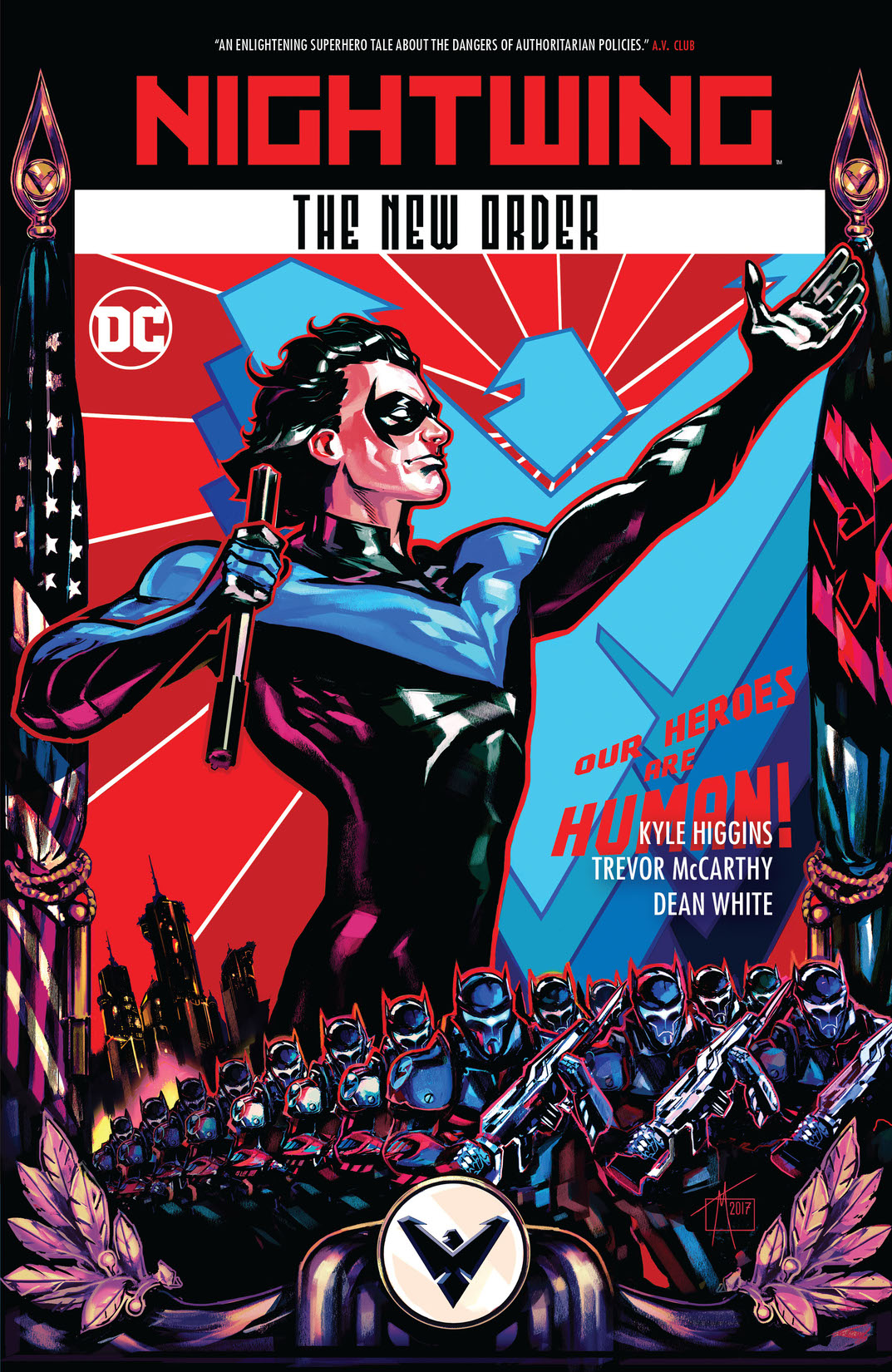 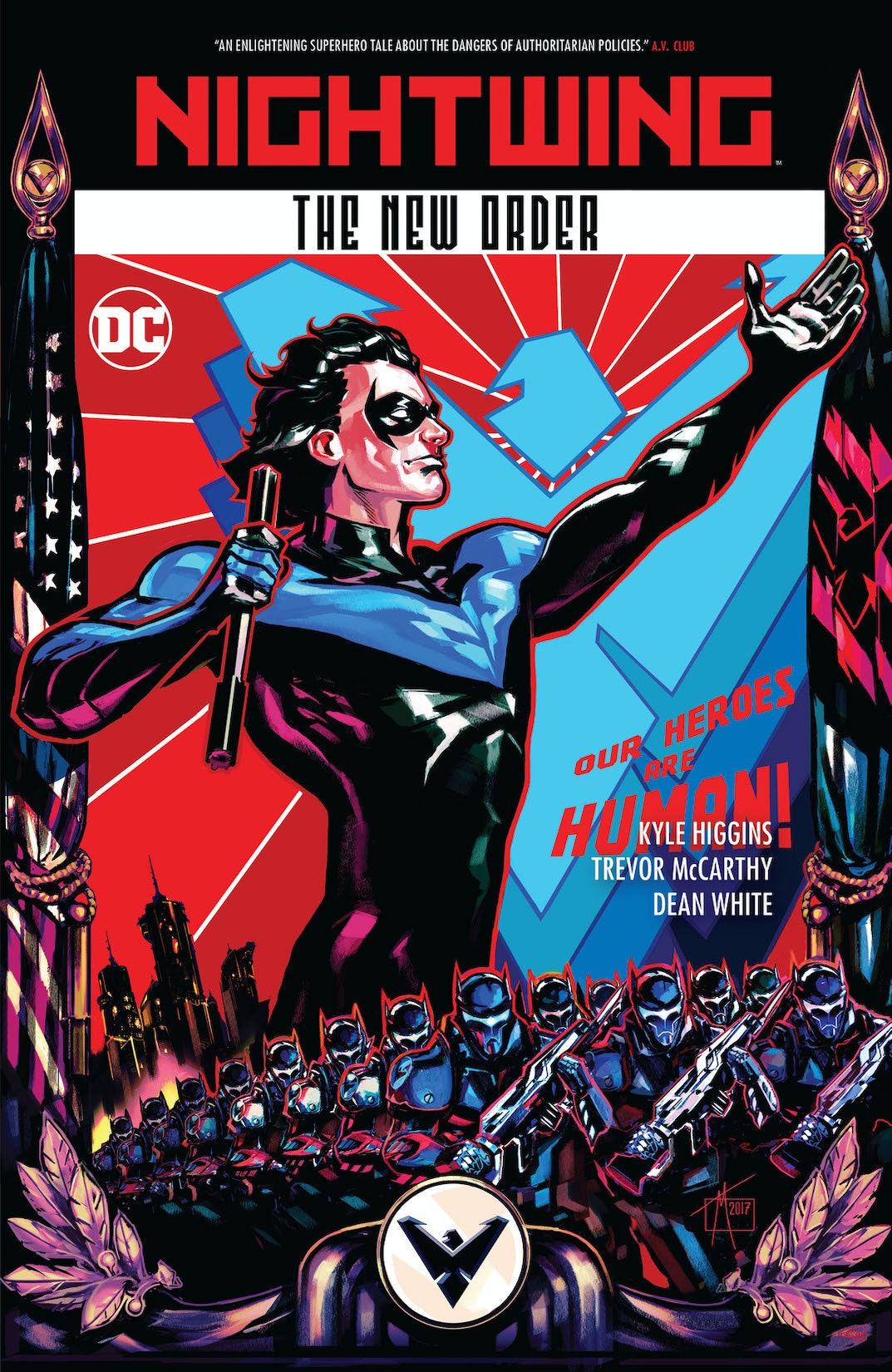 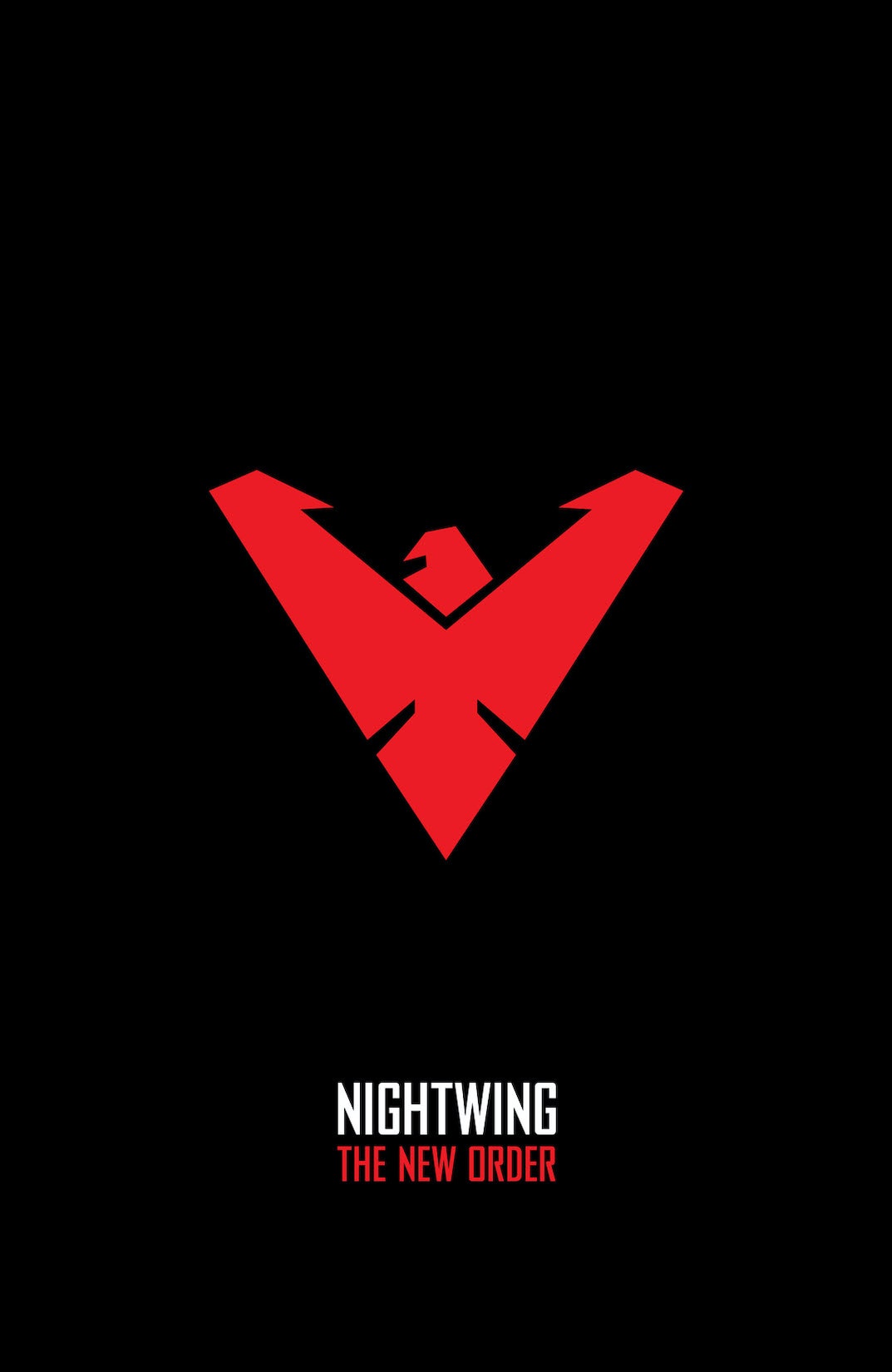 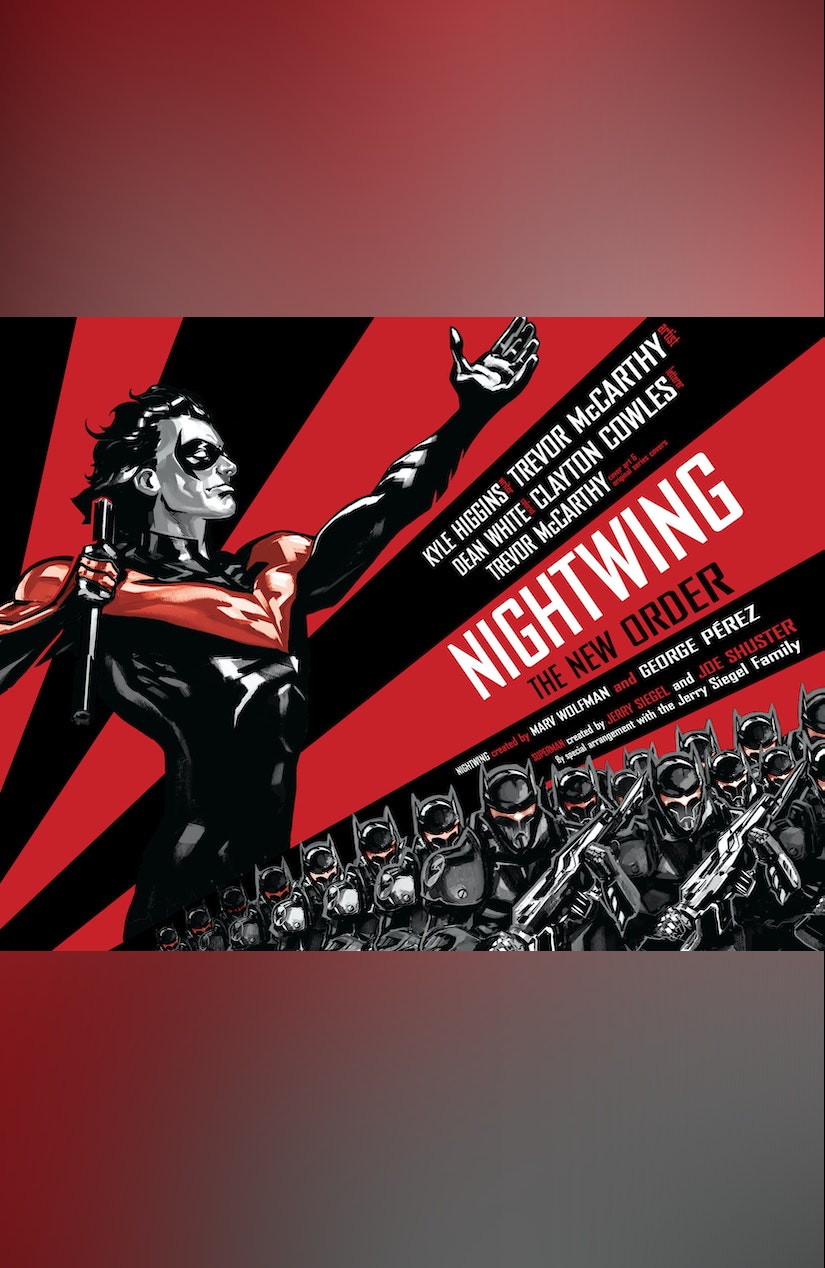 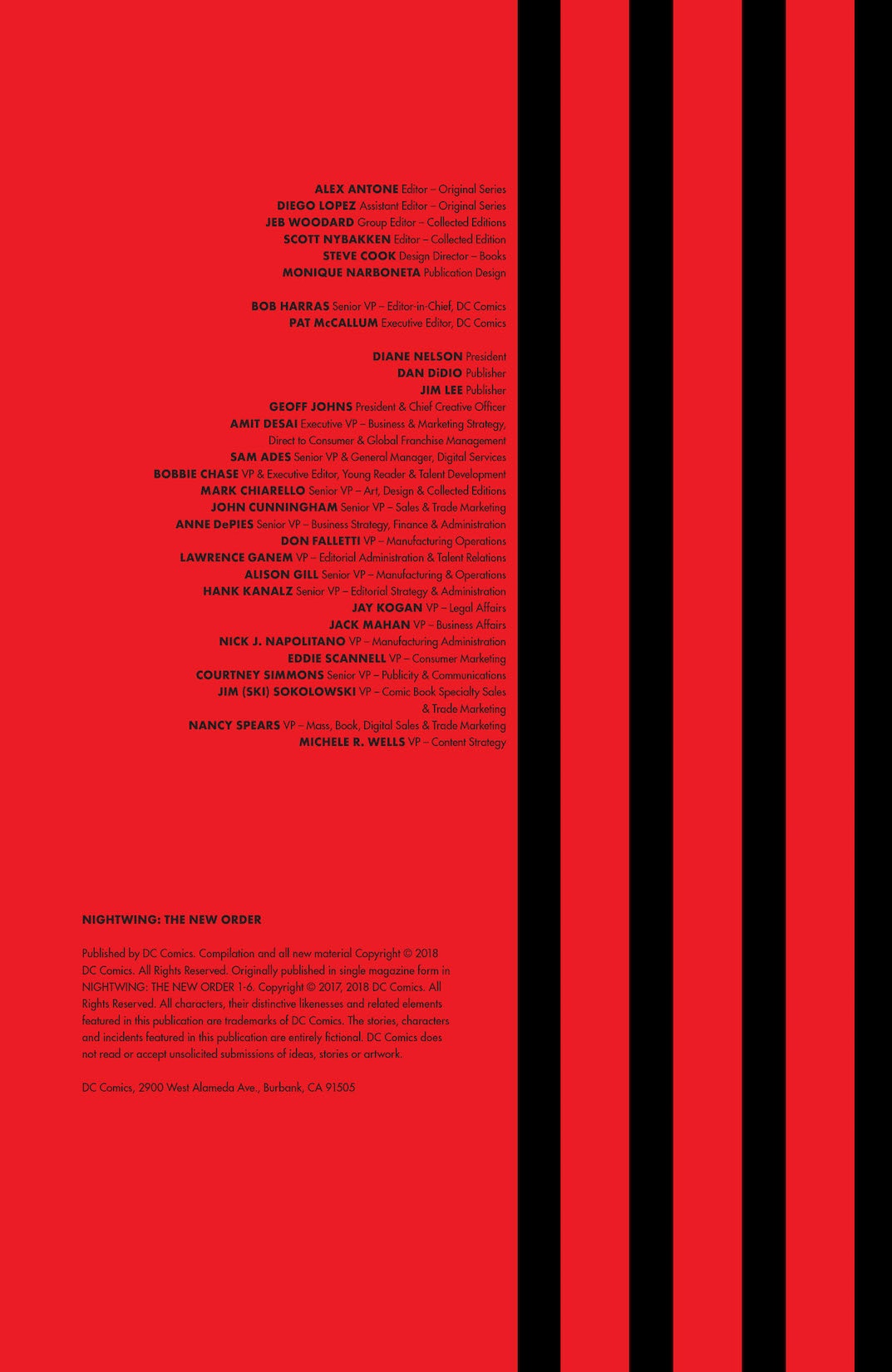 The year is 2040, and Dick Grayson has turned his back on his costumed past. As commander of the federal paramilitary organization known as the Crusaders, he now enforces the legal ban on all metahuman activity by medically inhibiting or incarcerating anyone-hero or villain-who manifests superpowers of any kind. But when his son, Jake, suddenly reveals superhuman abilities that resist all efforts at suppression, the man once known as Nightwing must return to the legacy he abandoned and seek help from the very people he has condemned. After joining forces with his ex-partners from the Titans-including his estranged wife (and Jake’s mother), Starfire-Dick sets out to free Jake from the Crusaders’ high-tech prison. But the Pentagon has taken a special interest in the case, which means that former Batwoman Kate Kane has made it her mission to crack the secret behind Jake’s mysterious immunity-and what she discovers could mean the end for the Graysons, the Crusaders and most of humanity! The team behind the best-selling Batman: Gates of Gotham-acclaimed writer Kyle Higgins (Nightwing, Deathstroke) and super-stylish artist Trevor McCarthy (Batwoman, Batman Eternal)-reunites for Nightwing: The New Order, collecting the startling six-issue miniseries.