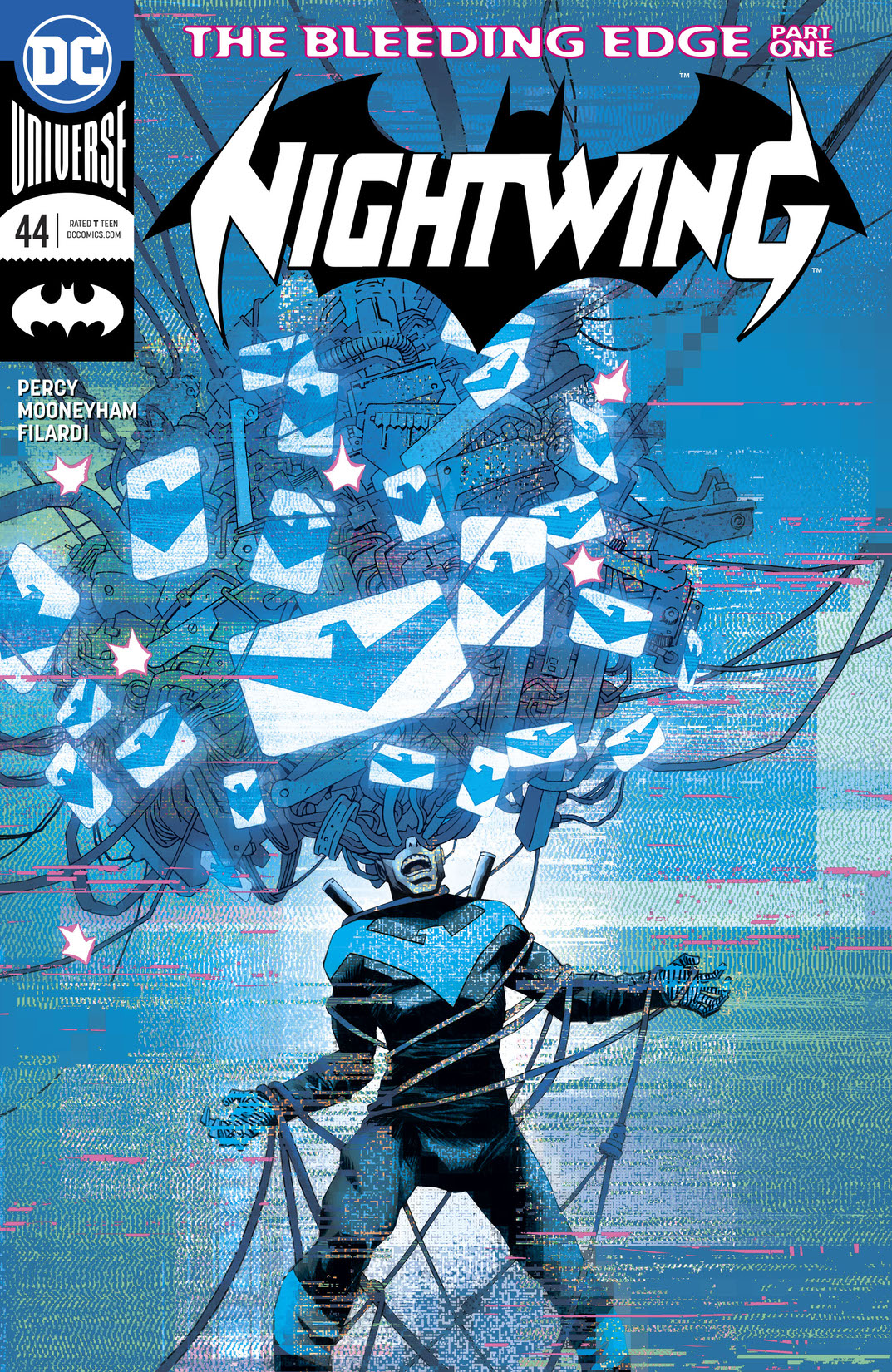 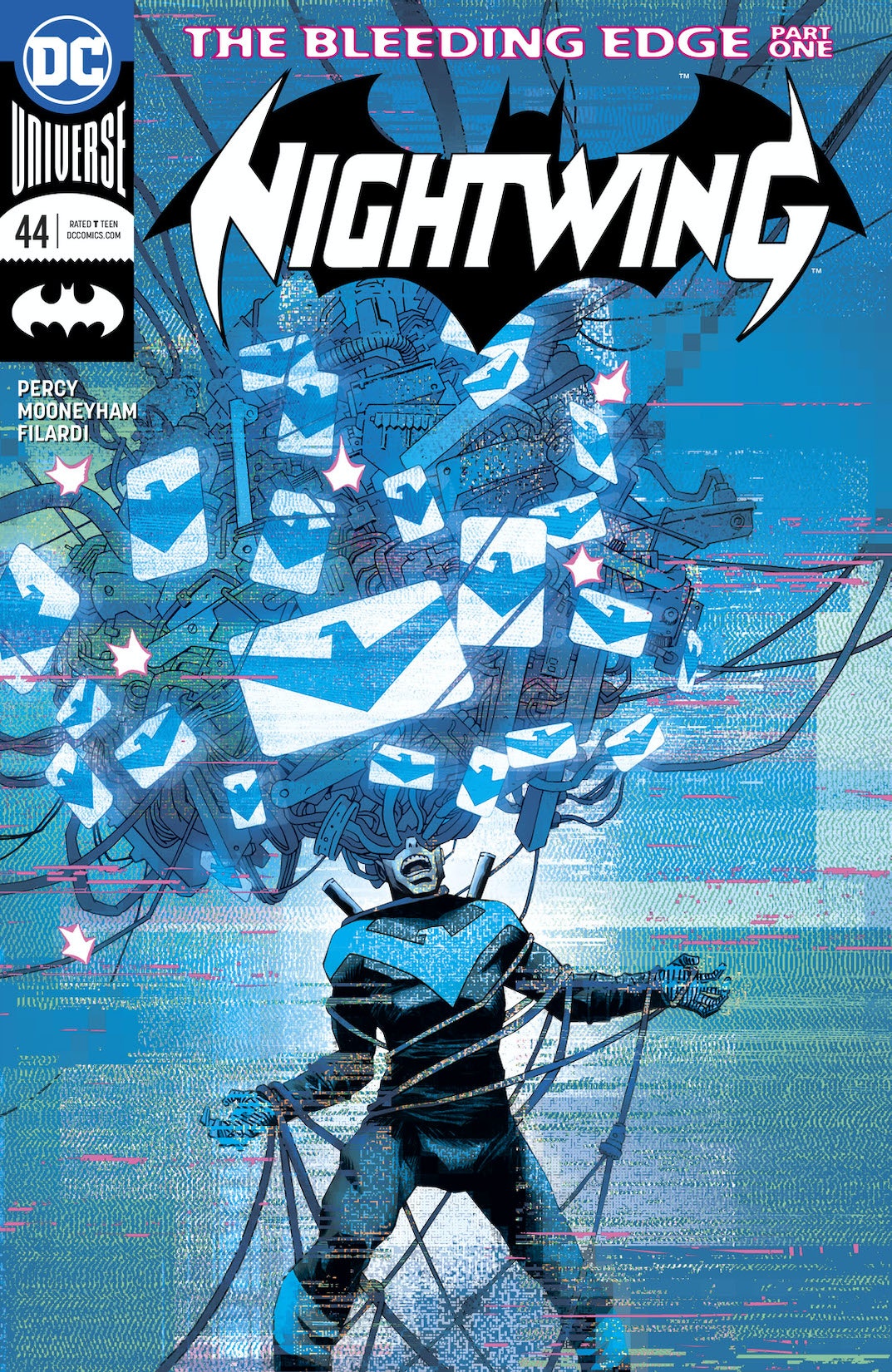 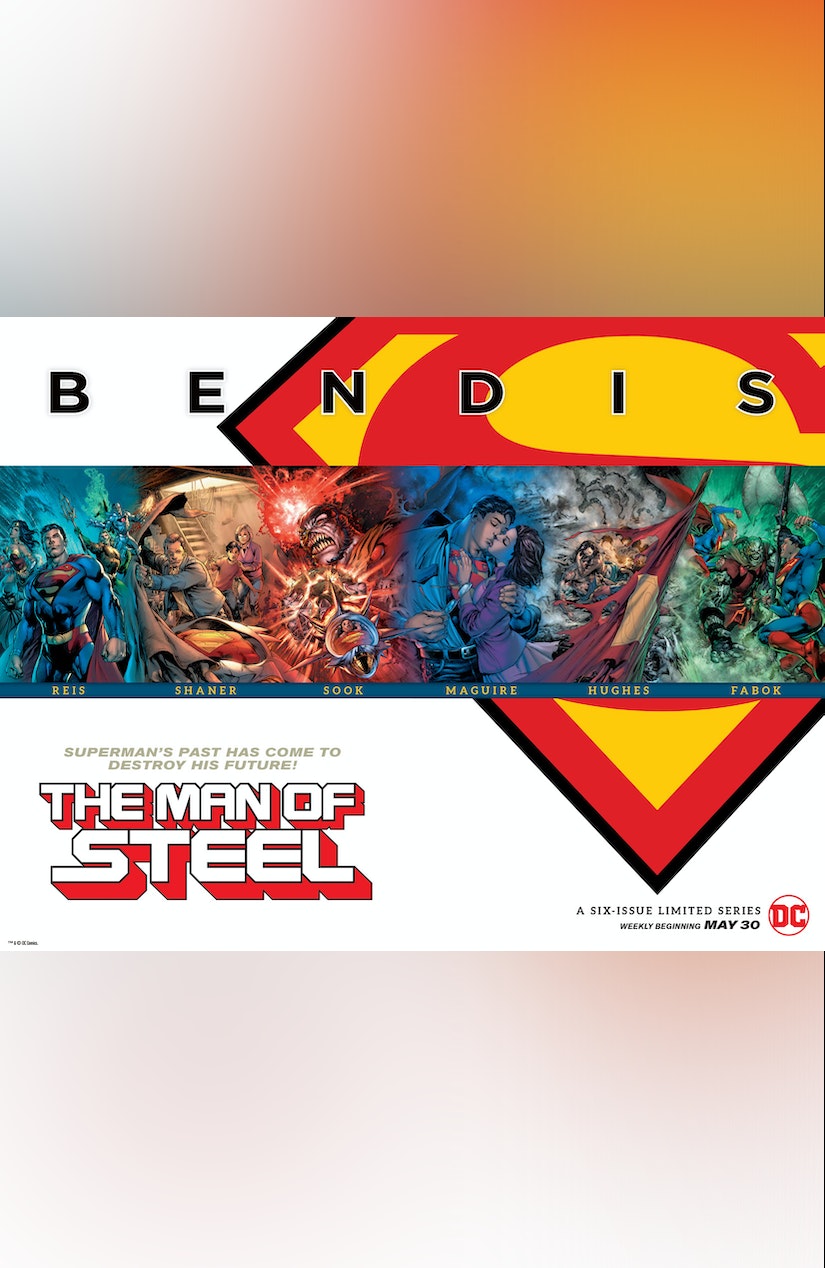 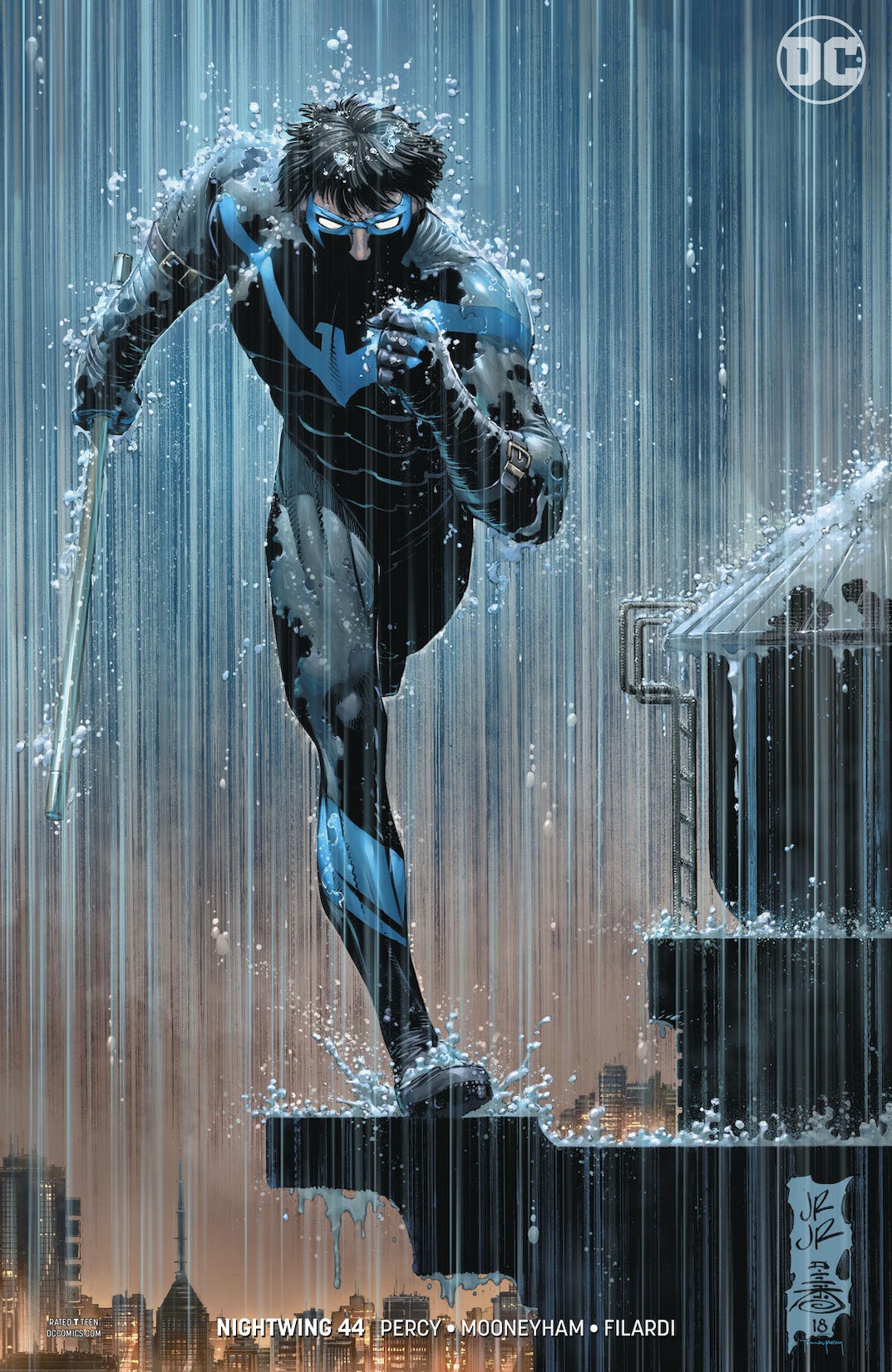 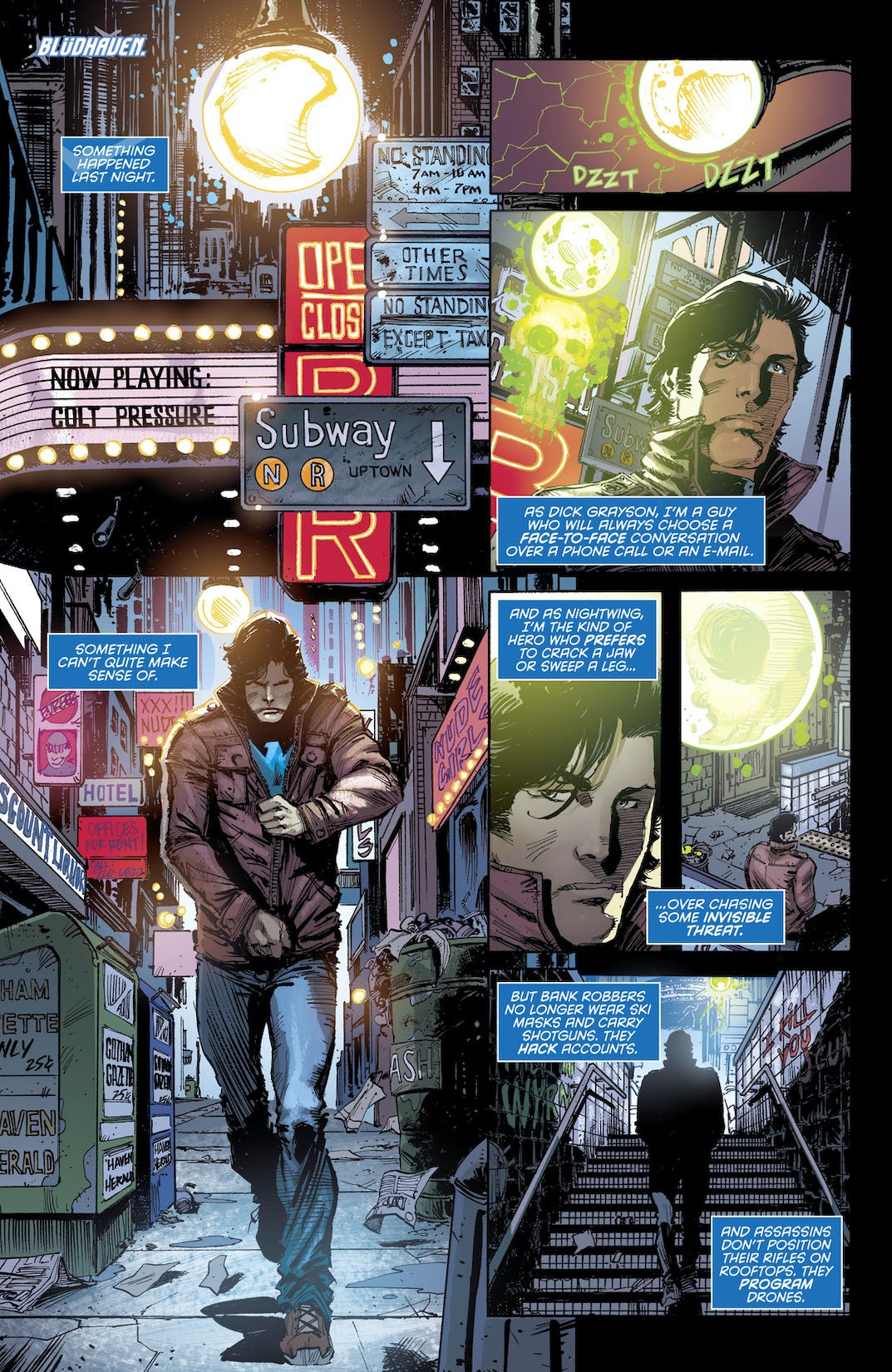 “THE BLEEDING EDGE” part one! Change is on the horizon when a new technologist sets his sights on Blüdhaven, creating a holographic, interconnected city where everyone is an individual and also part of a larger network. It’s the Internet made physical! Gentrification on gigabyte-laced steroids. But when this new utopia encroaches on his turf, Nightwing starts to uncover a sinister plot based not on revenge…but on a reckoning. “The Bleeding Edge” begins here, setting Dick Grayson on a path to clarify the ideals at his very core: his sense of home and identity.