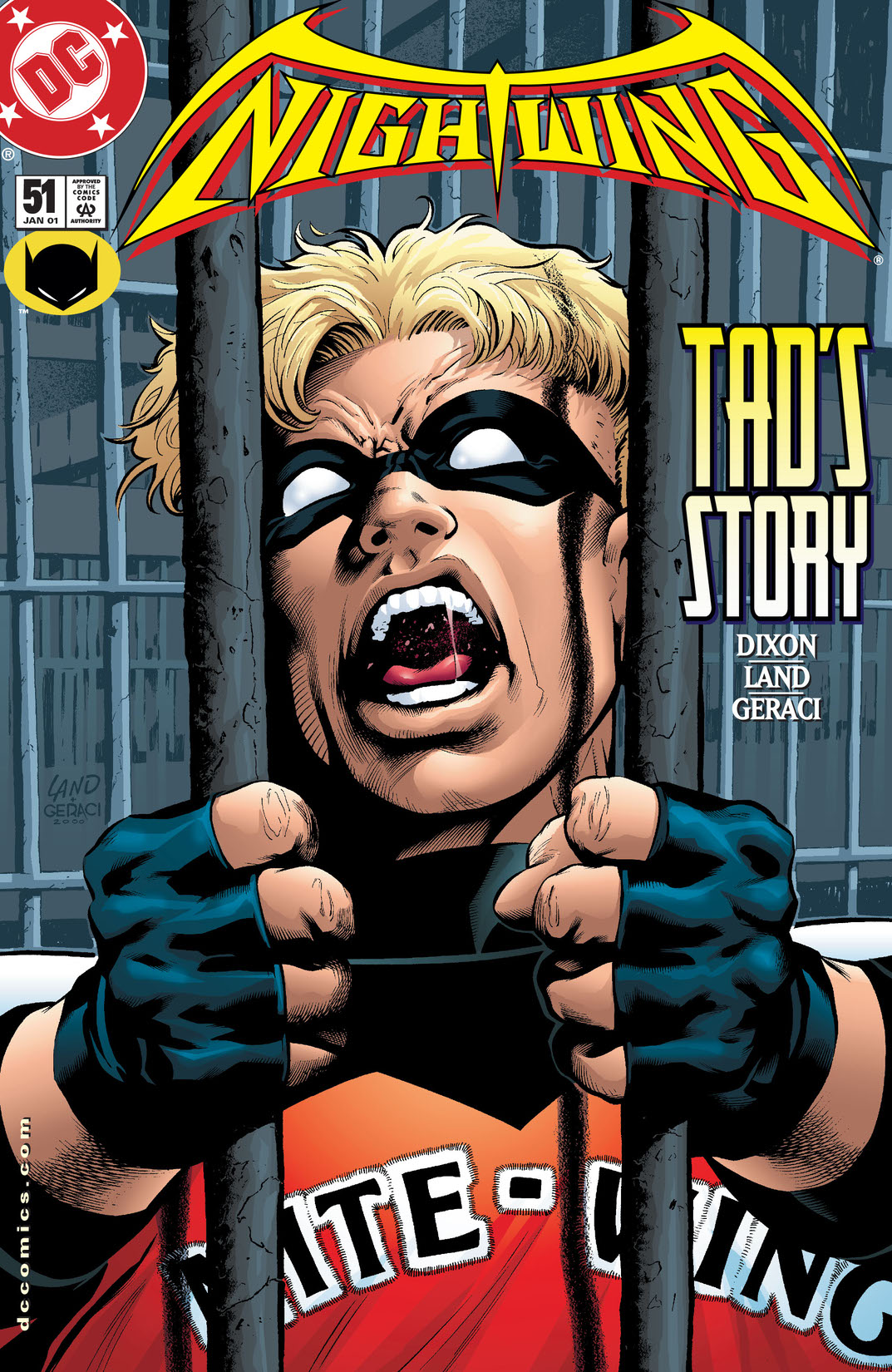 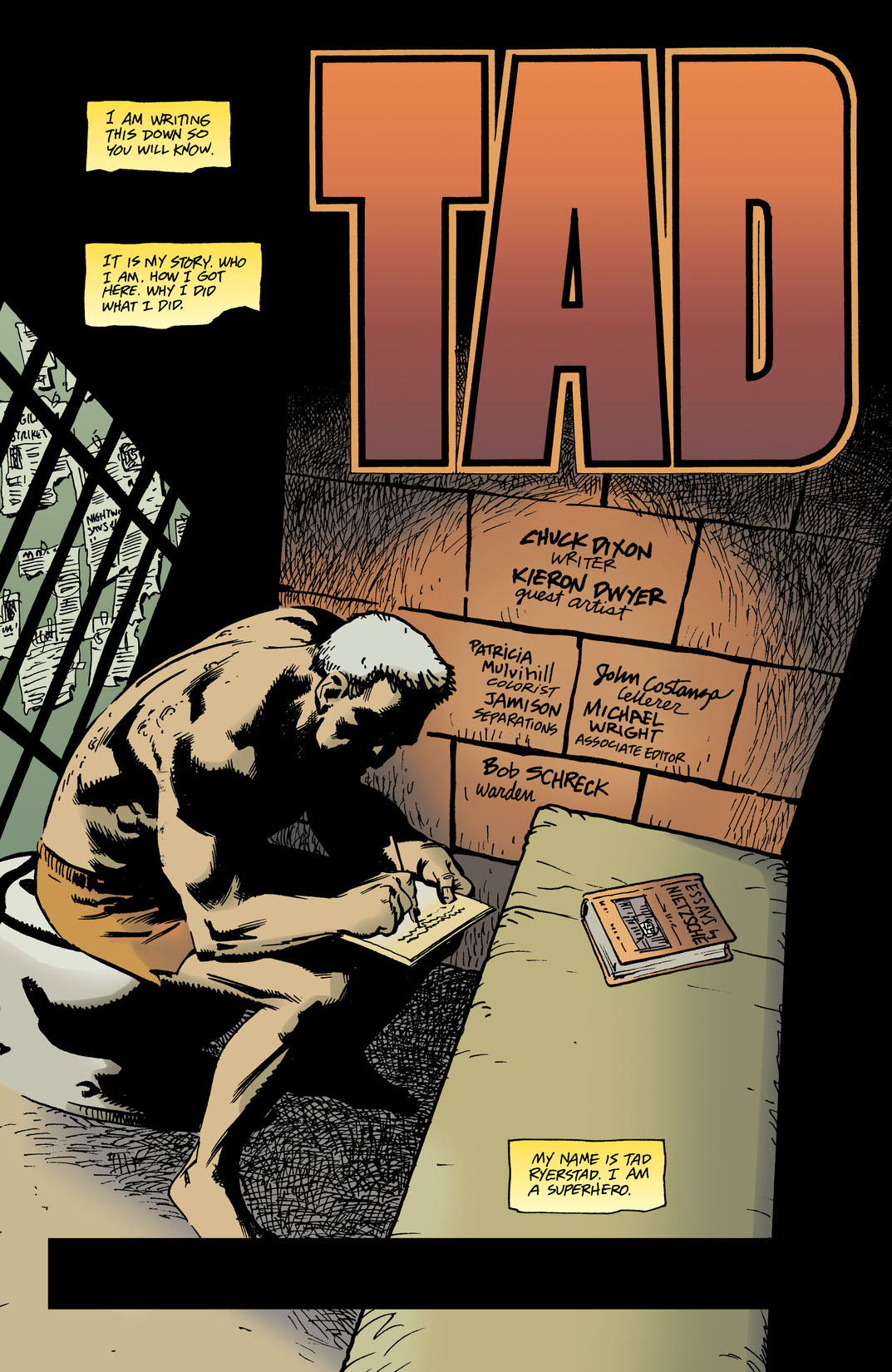 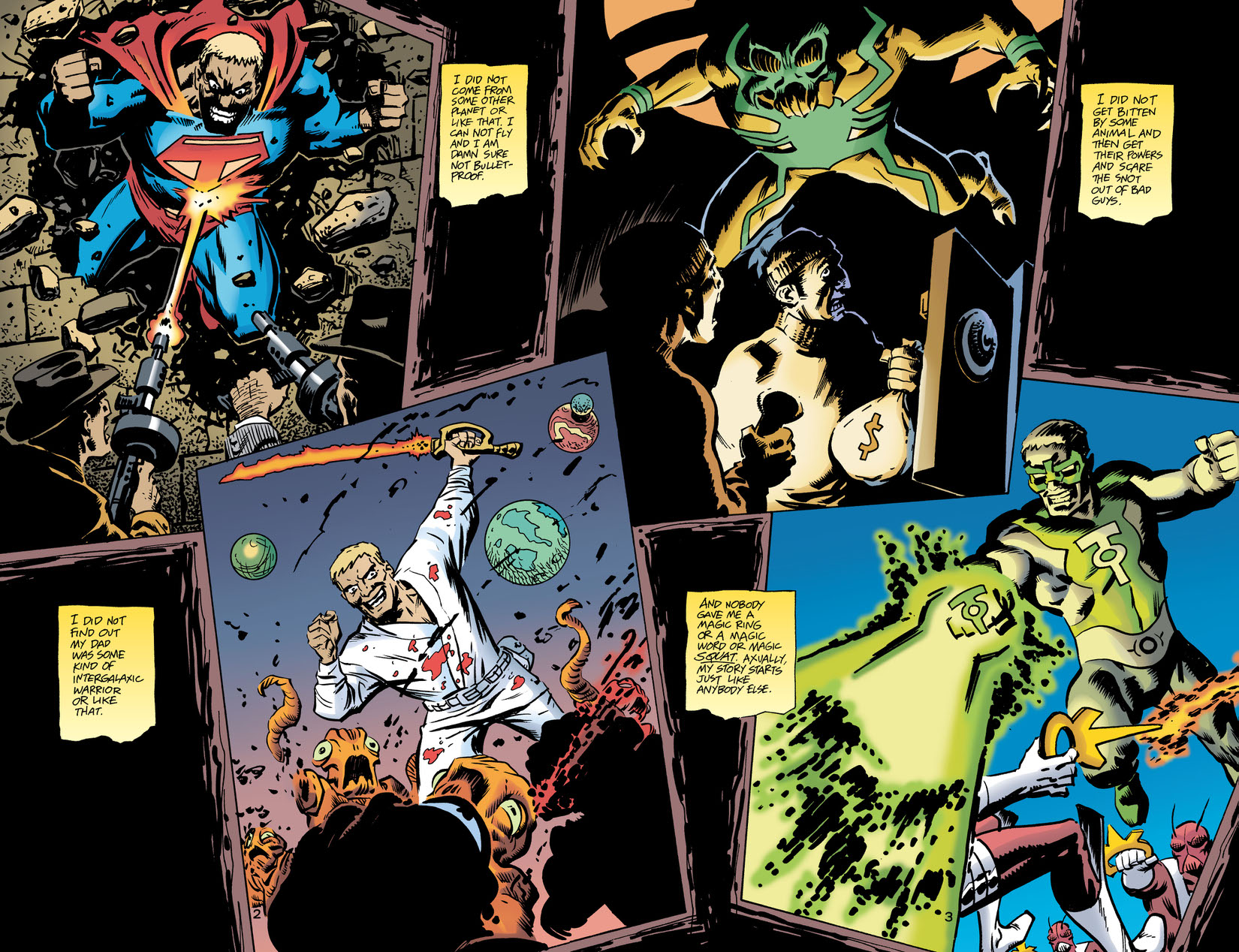 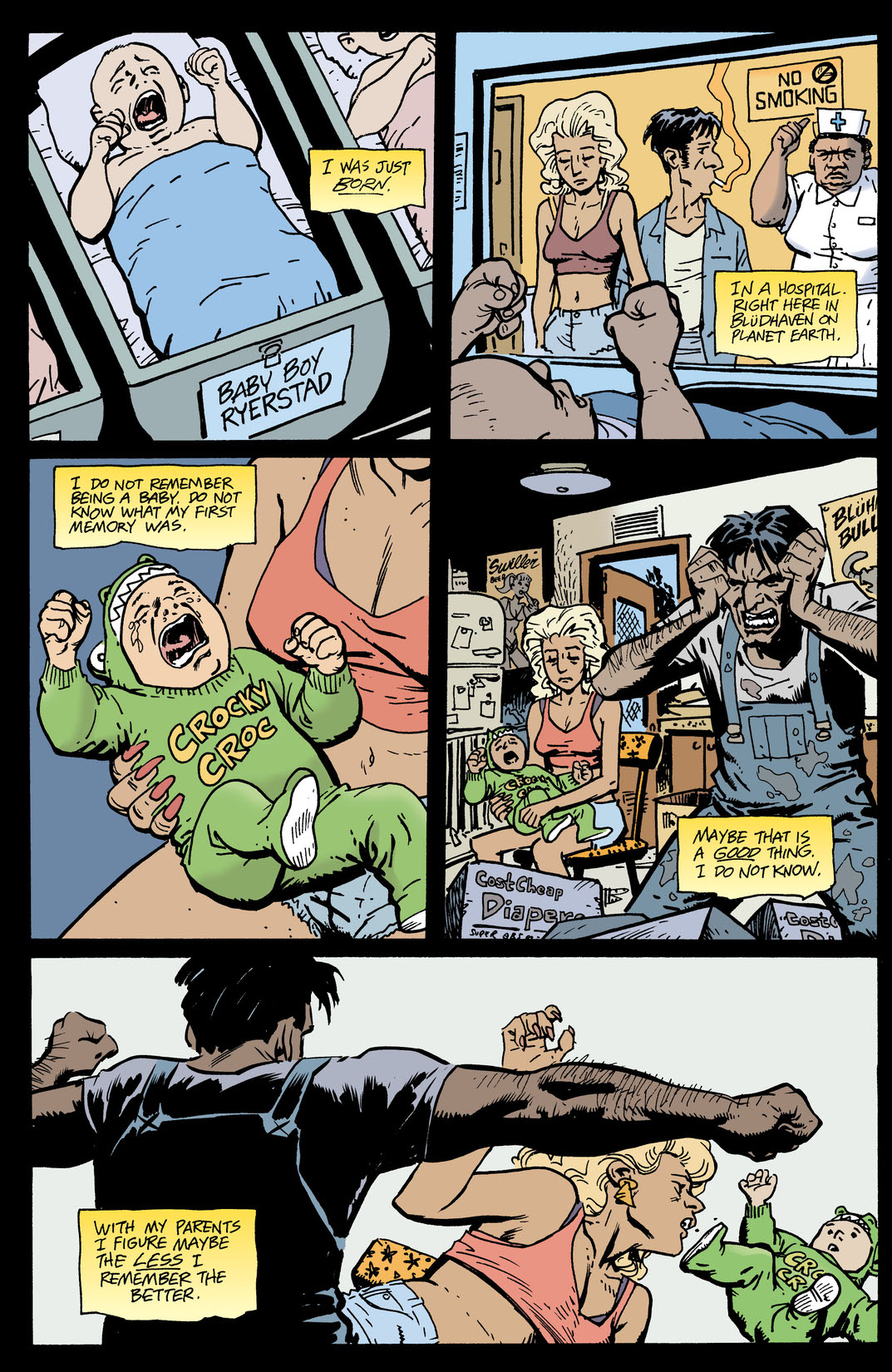 The origin of Nite-Wing! As a self-appointed hero, Tad had been a wreck from the very beginning, but now learn the events of his horrible life that led to his becoming such a twisted, misguided excuse for a super hero.