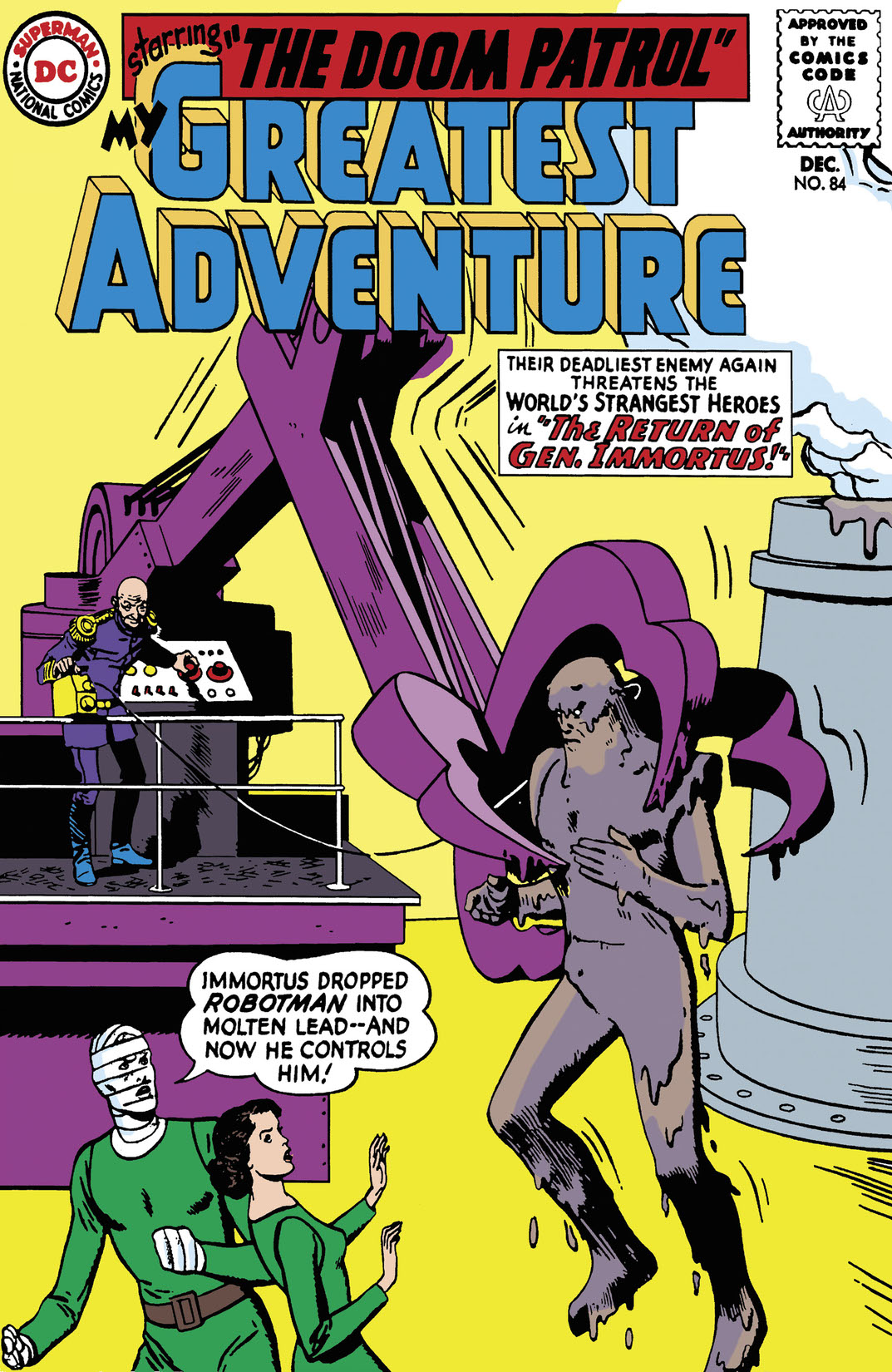 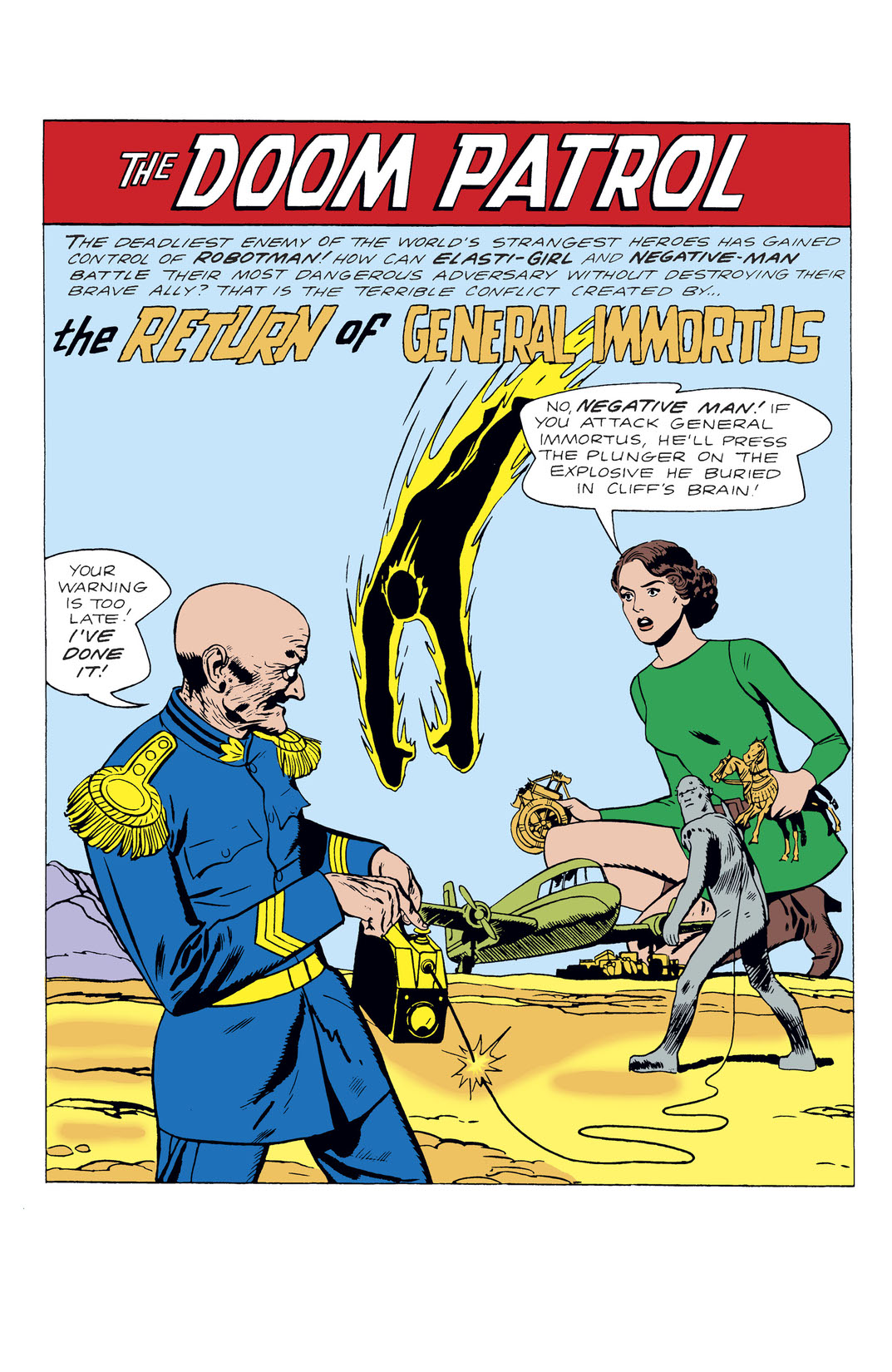 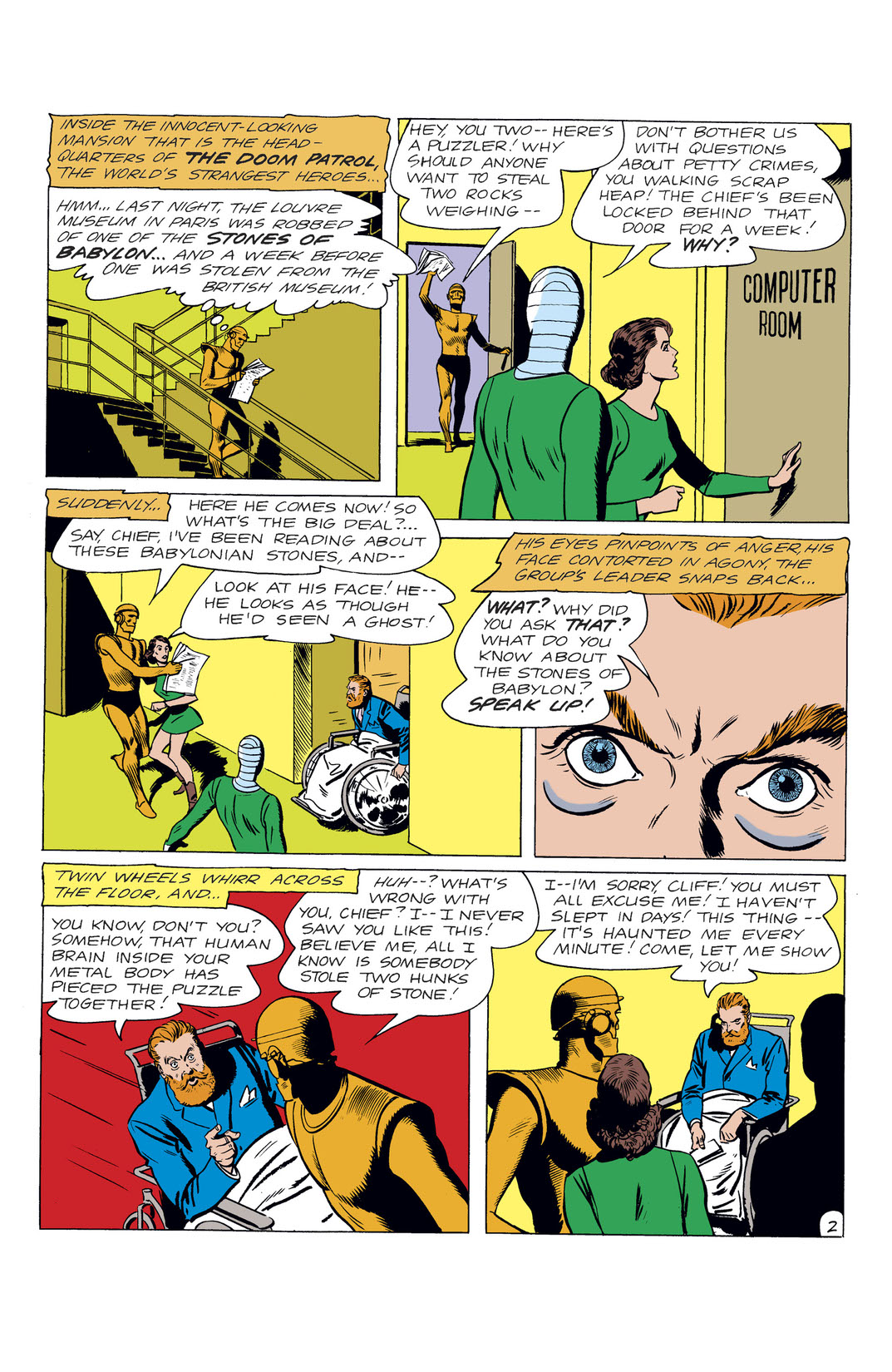 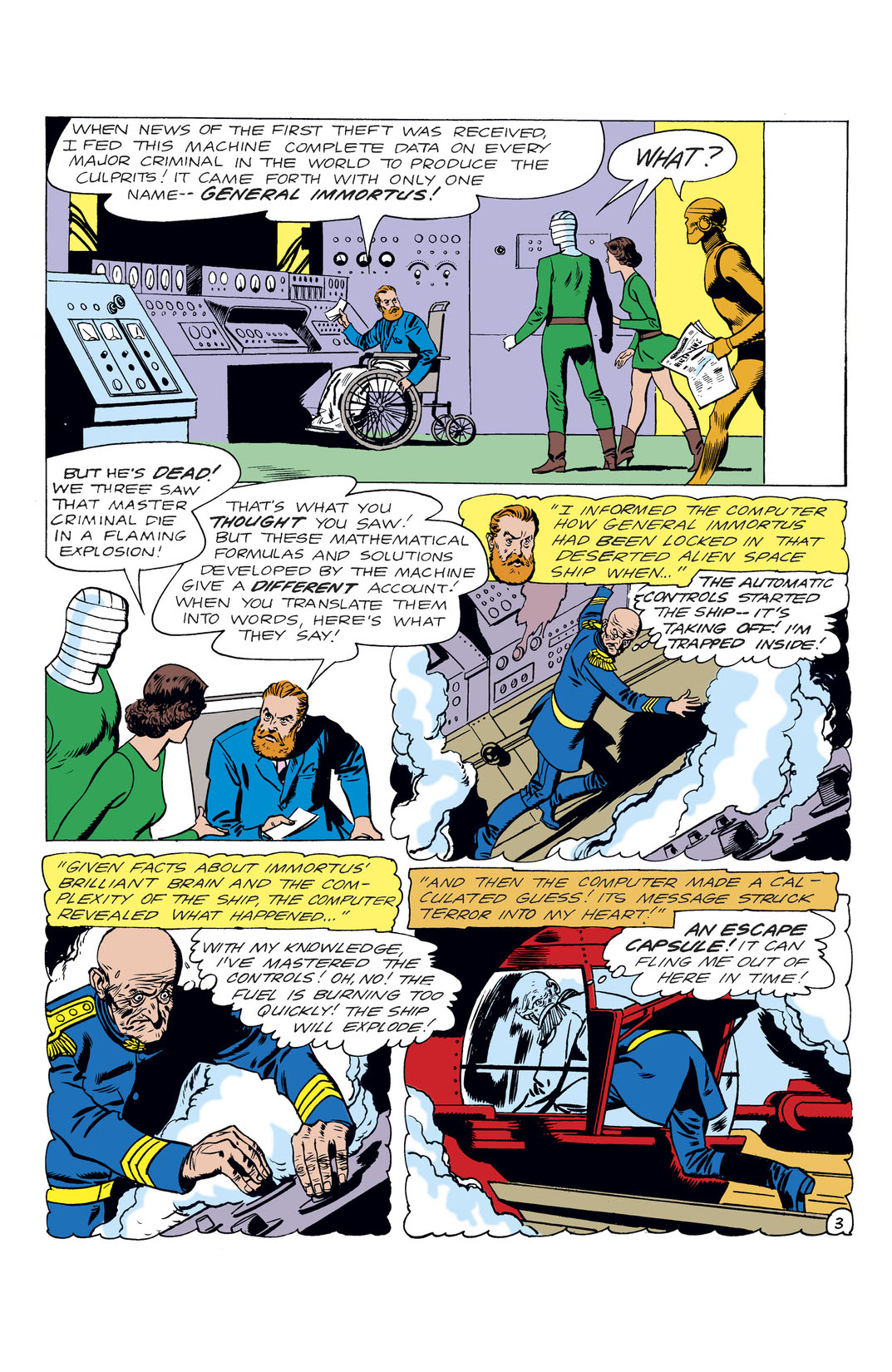 General Immortus has returned and is up to his old tricks, as... he is behind the theft of ancient Babylonian tablets. As if things weren’t bad enough, he has Robotman under his control! Thanks to a homing device placed inside Robotman by The the Chief, they find Immortus’ lair, but can they rescue their friend before it’s too late?