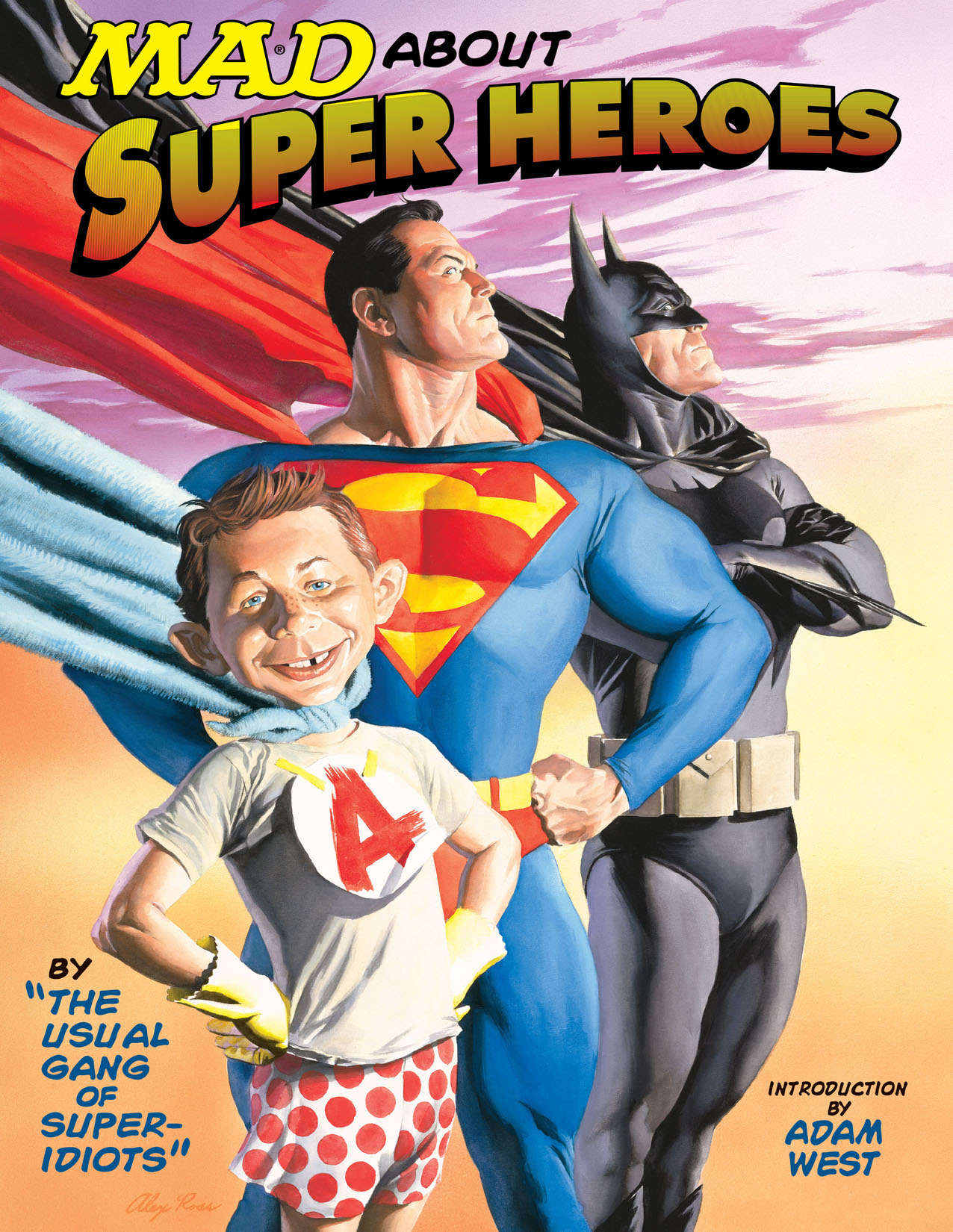 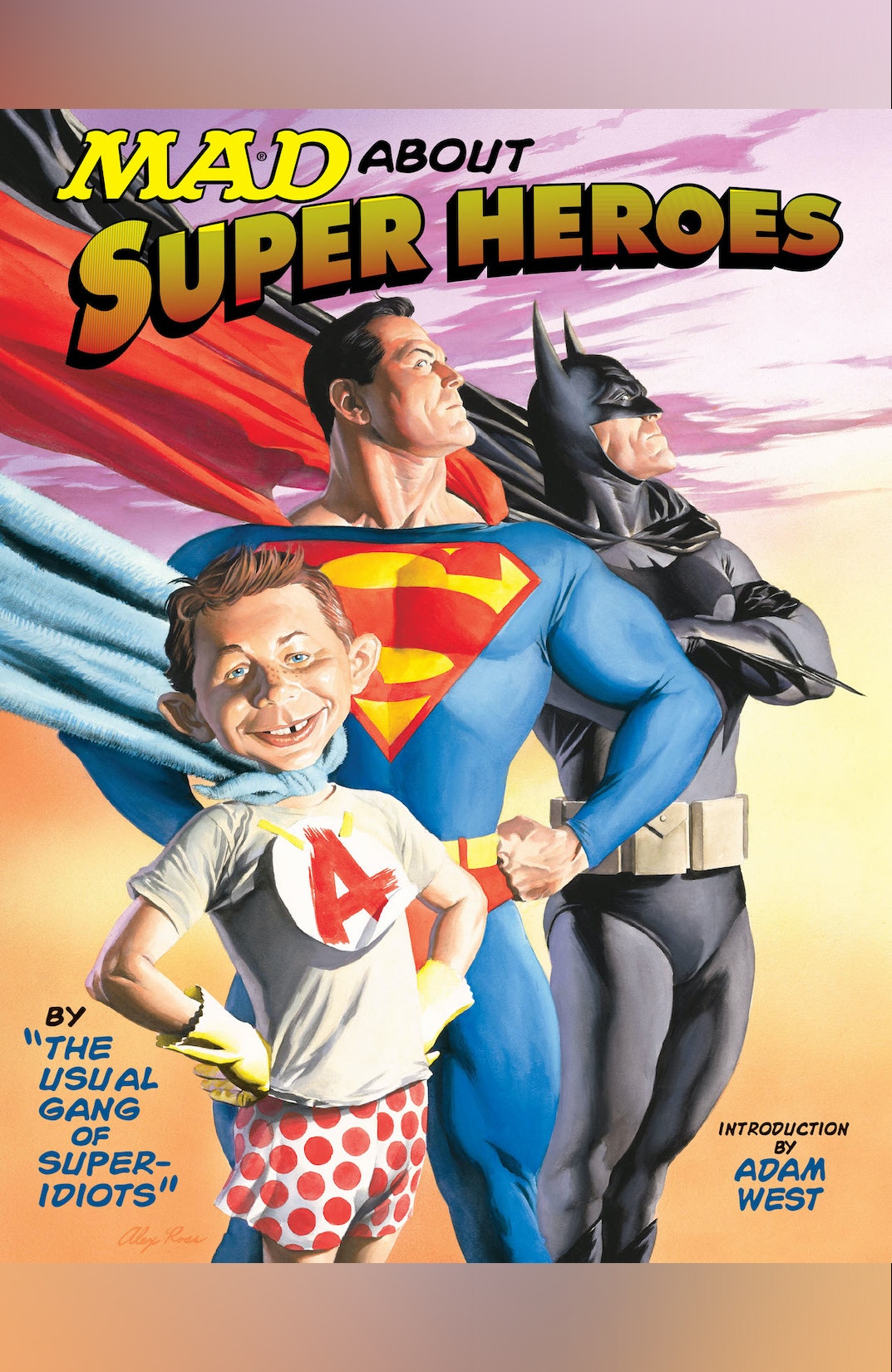 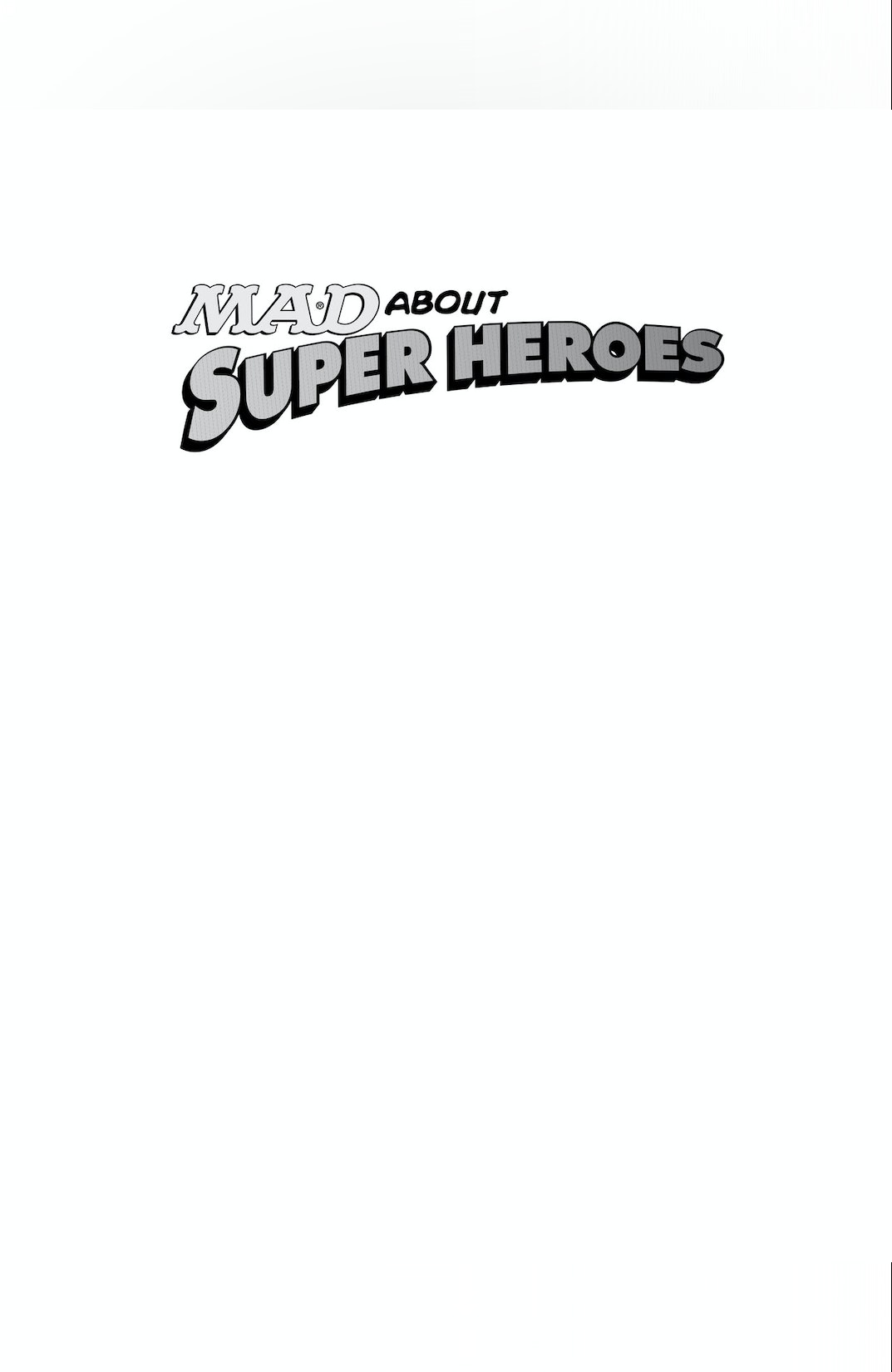 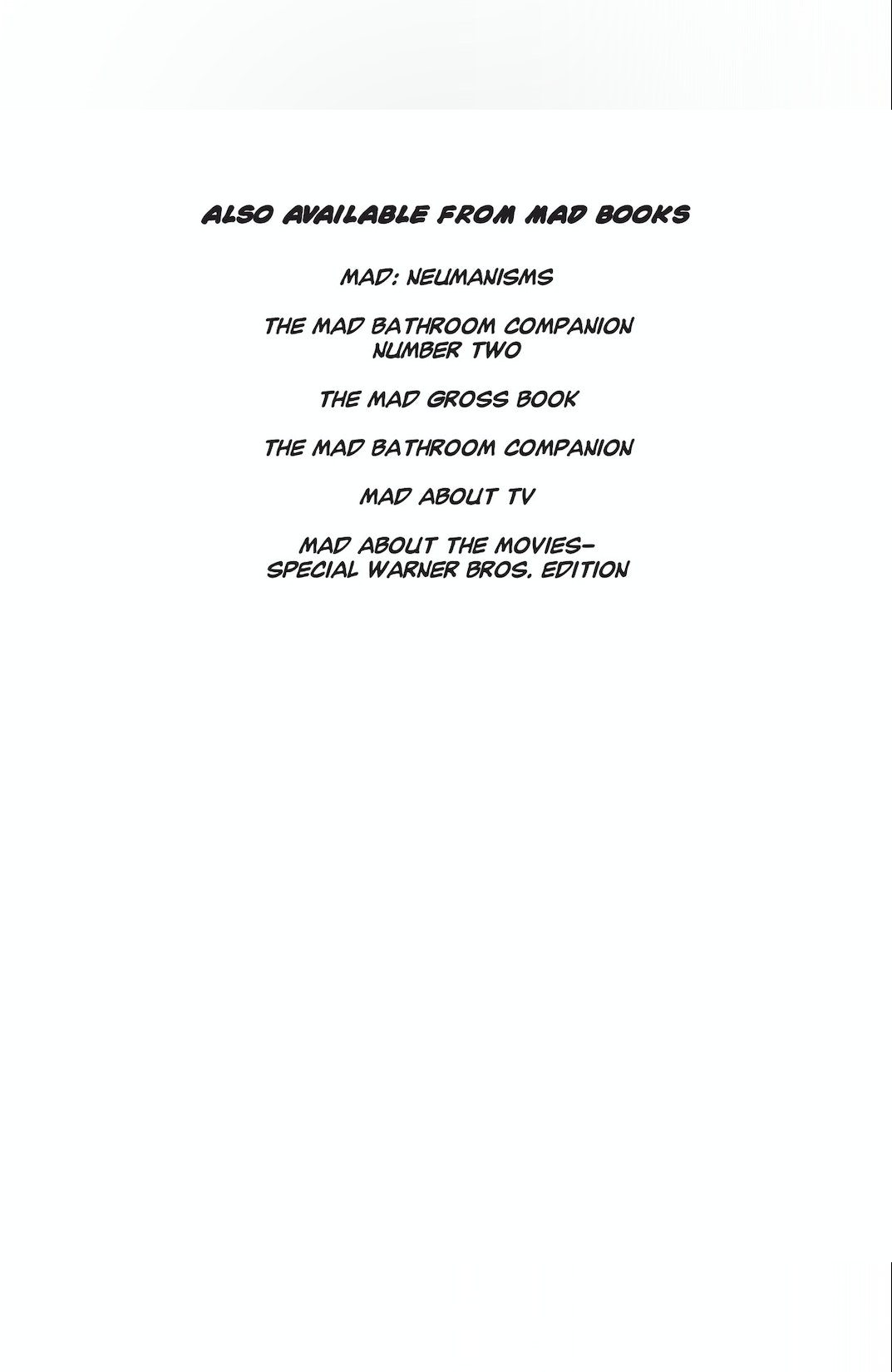 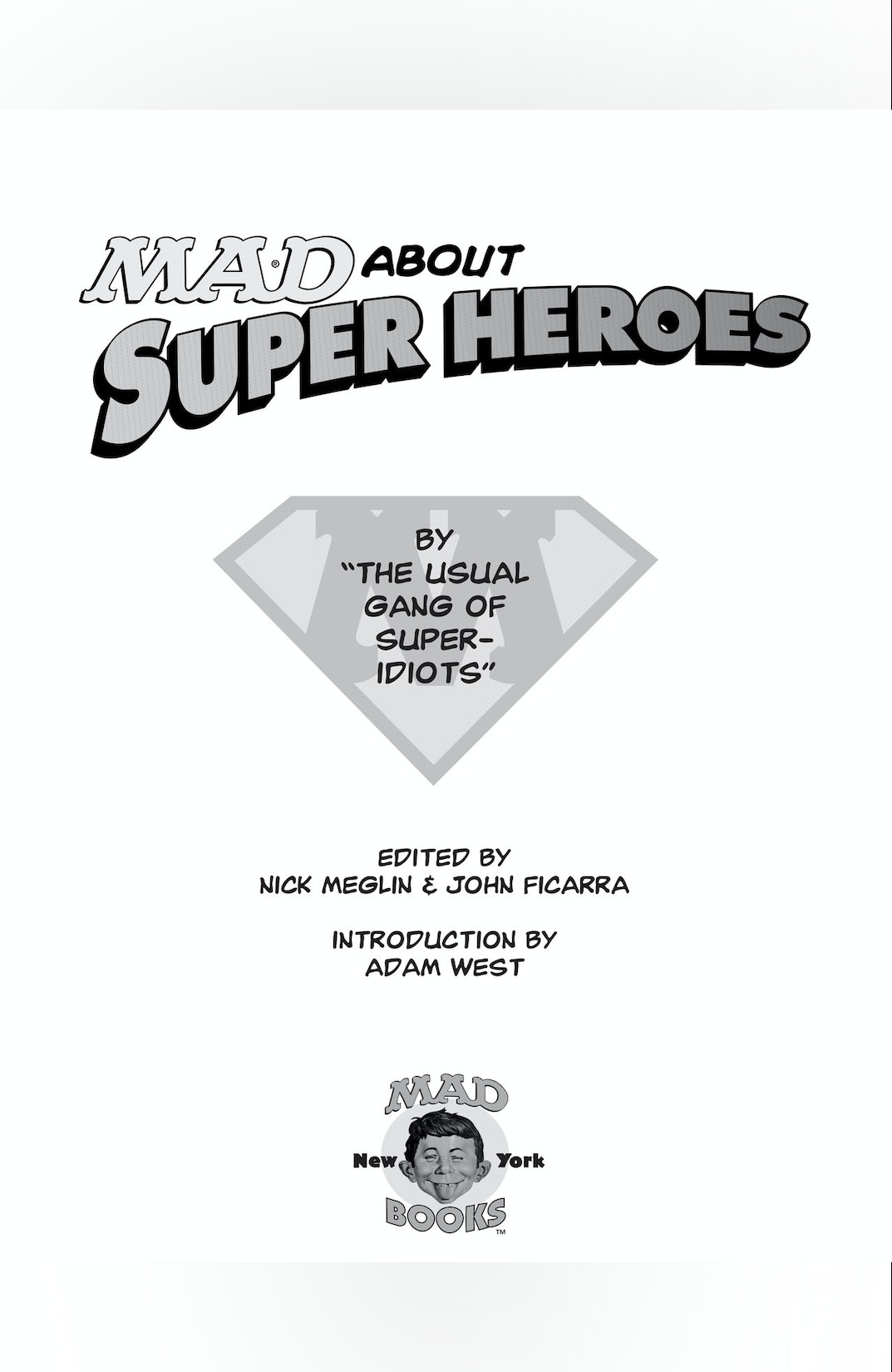 Continuing their attack on pop culture, the warped minds of MAD tackle the world's greatest super-heroes in this satirical look at the men and women of the Spandex and cape world. Featuring an introduction by Adam West, MAD ABOUT THE SUPER HEROES has the Usual Gang of Idiots mocking the heroic legends of comic books, television shows, and movies. Including amusing and irreverent parodies of Batman, Superman, Wonder Woman, Spider-Man, the X-Men, the Hulk, and the Teenage Mutant Ninja Turtles, this black and white compilation is a must-have for every hero worshipper out there.