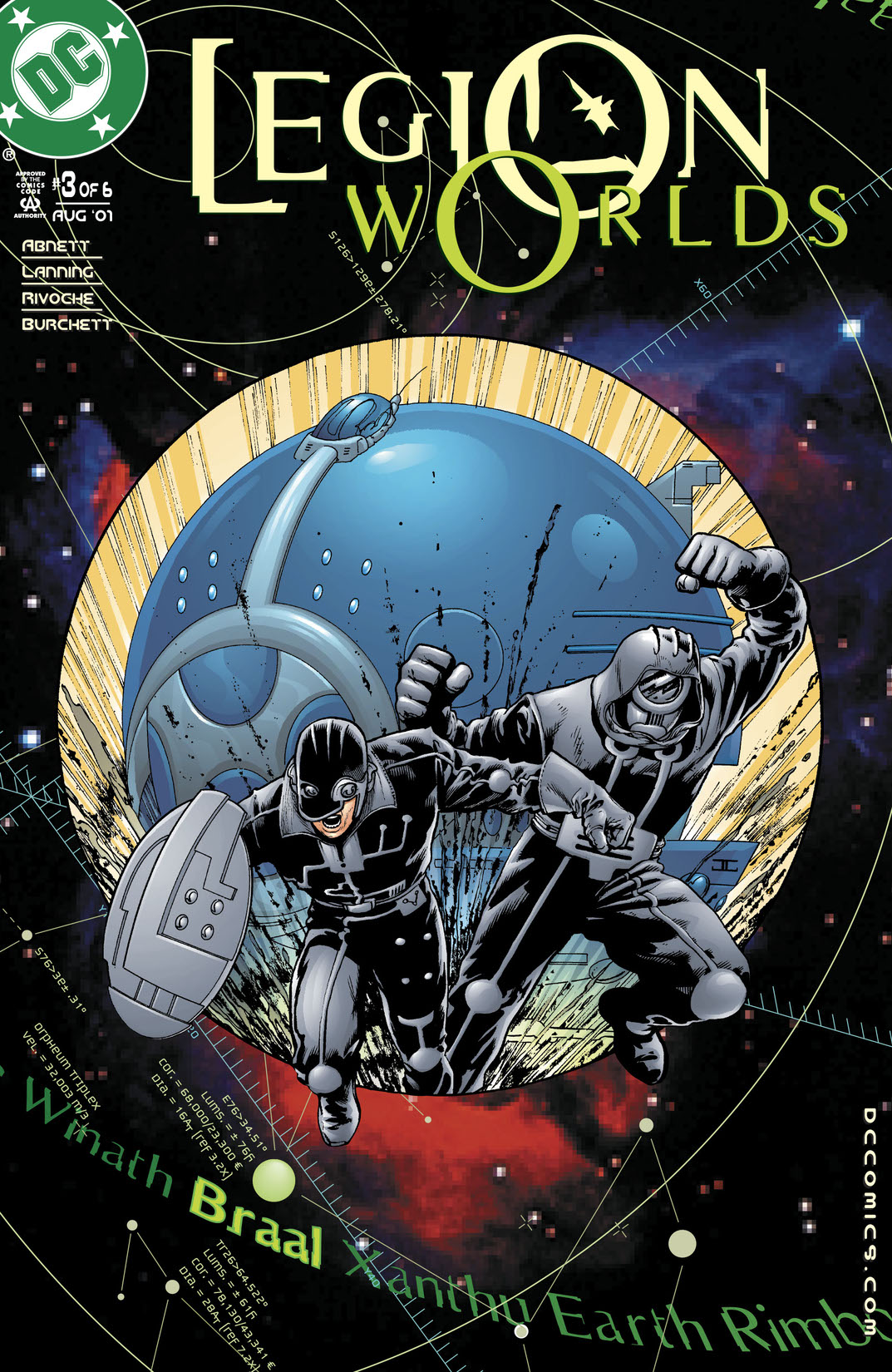 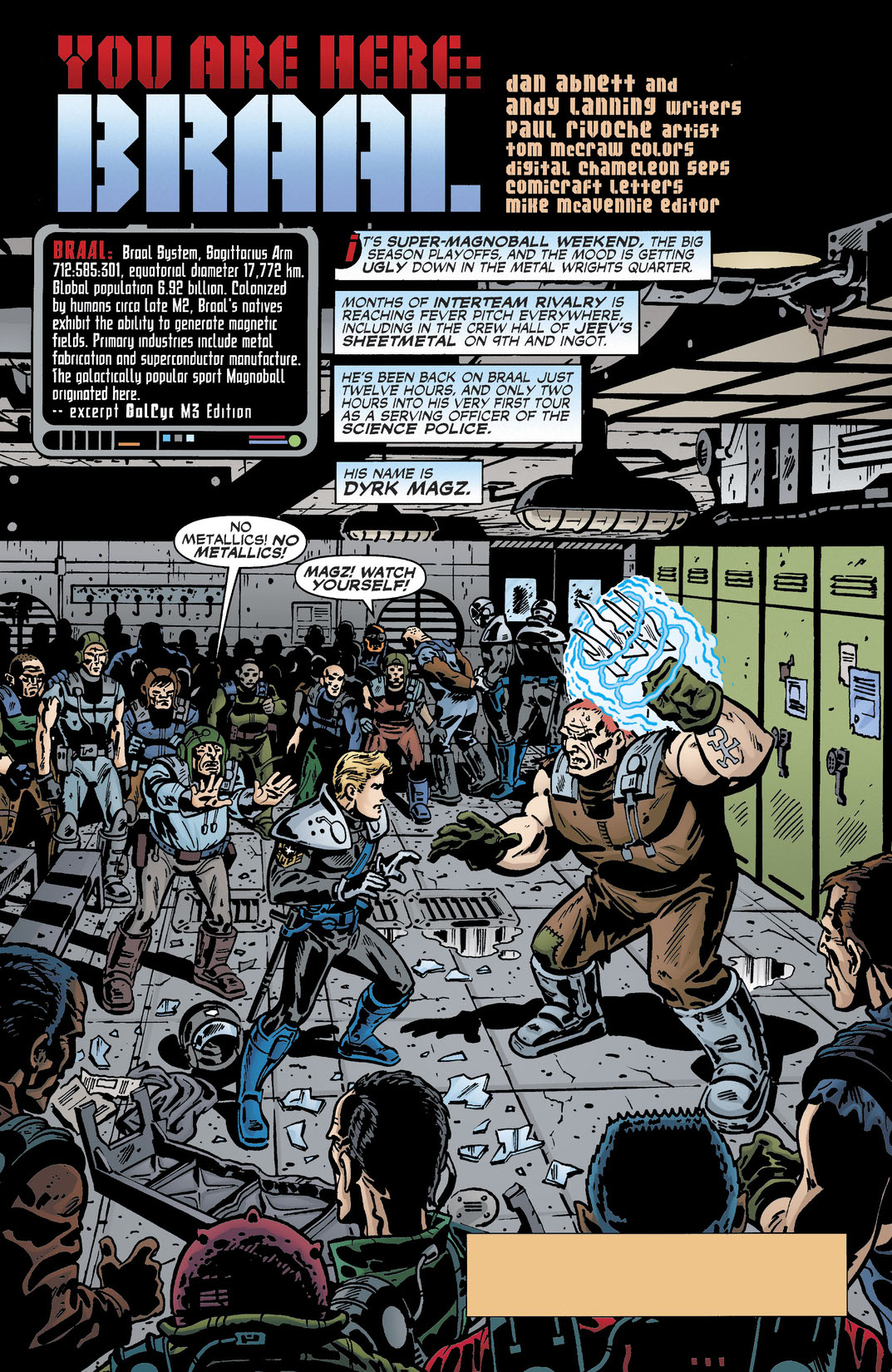 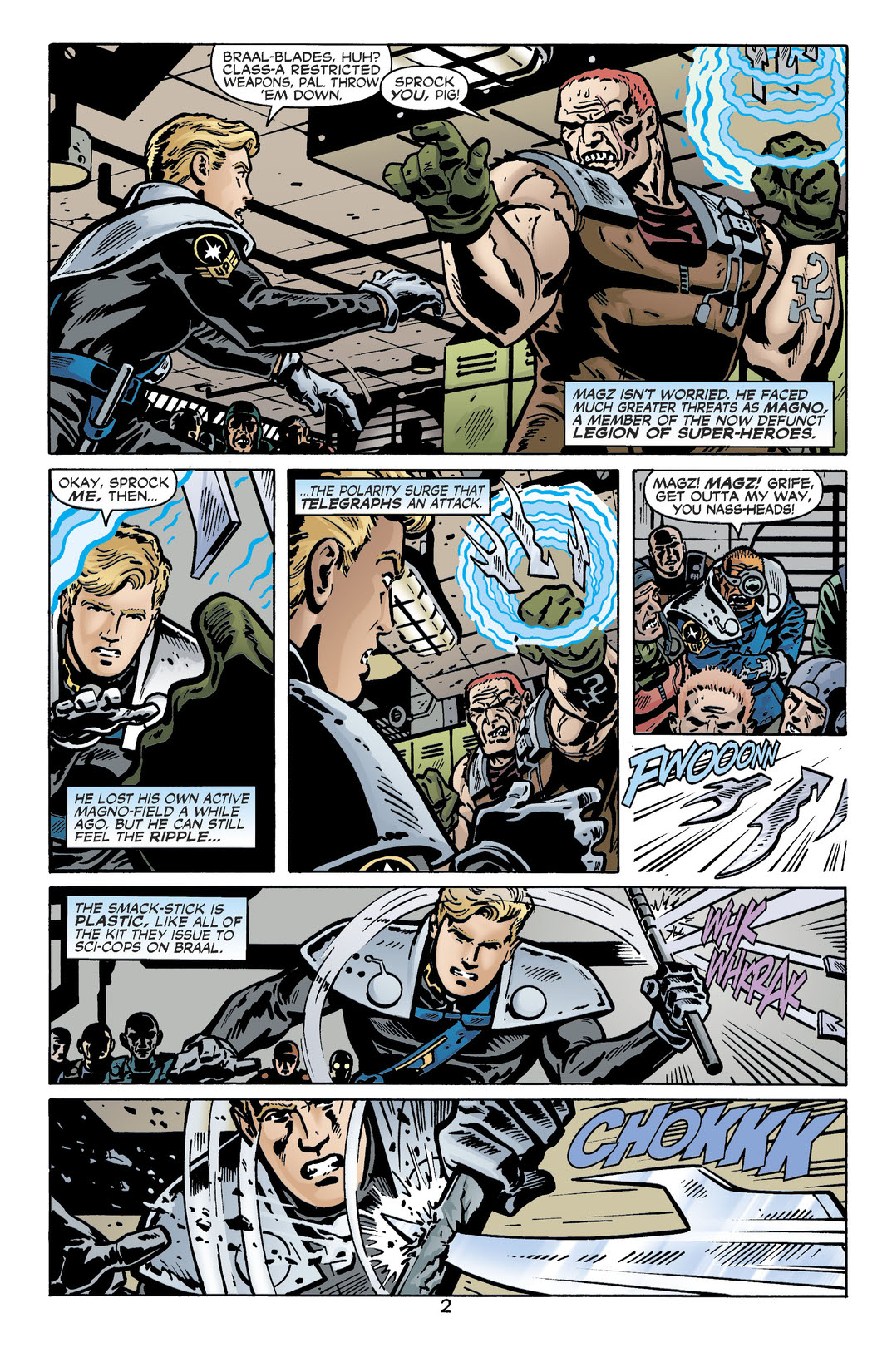 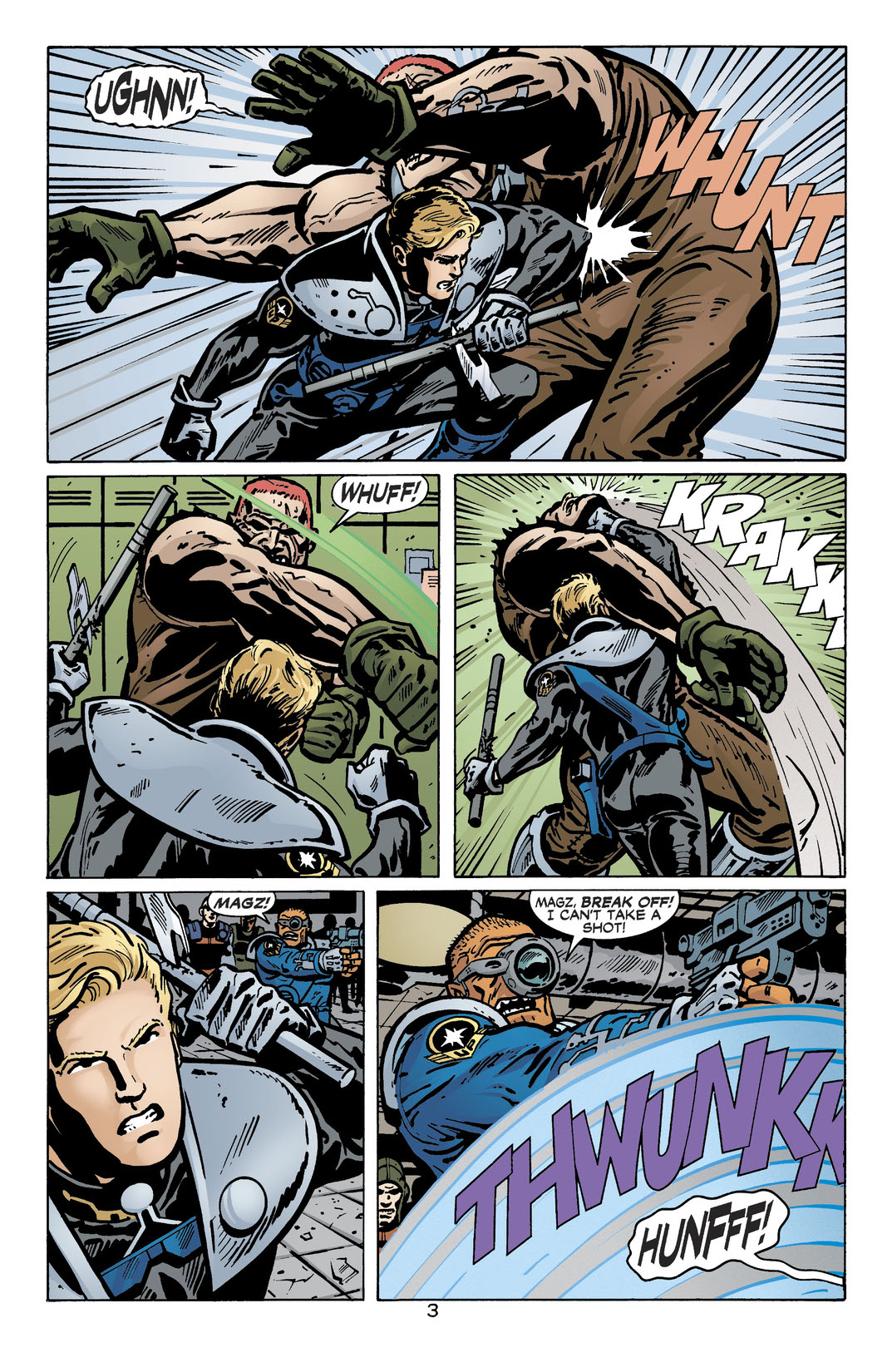 On "Braal," we follow Dyrk Magz, the former Legionnaire known as Magno (and the only Braalian without magnetic abilities), when he returns home as a member of the Science Police. But when Dyrk stands in the way of a gang that looks to shake up the United Planets, he's in for a horrible shock: he discovers one of the gang members is a former teammate! In the backup story (illustrated by Rick Burchett), tour several planets with U.P. Vice President Winema Wazzo, whose problems not only stem from being unable to find her missing daughter (former Legionnaire Apparition), but from slowly having to accept the fact that the President is gradually laying waste to the entire United Planets!