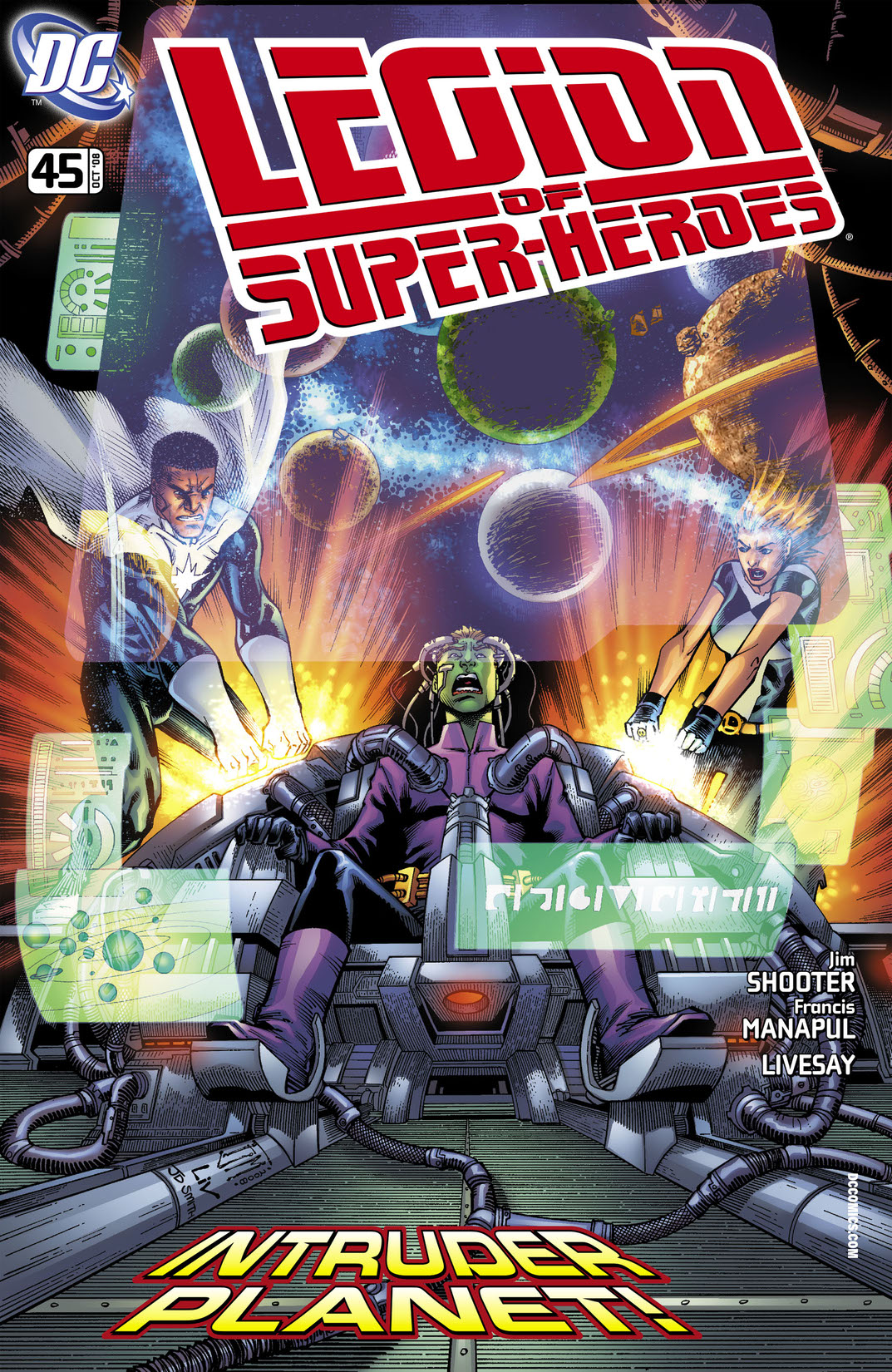 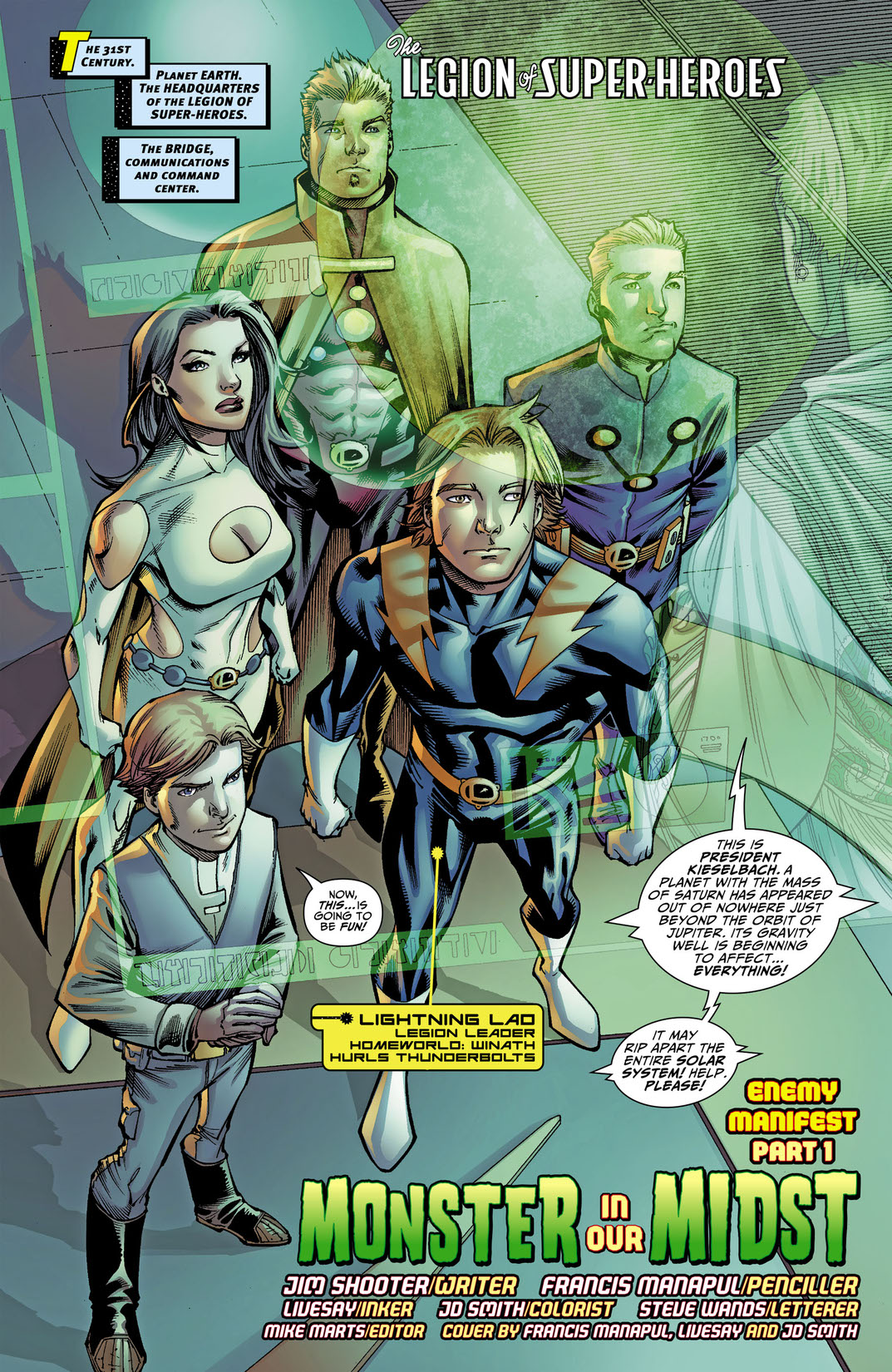 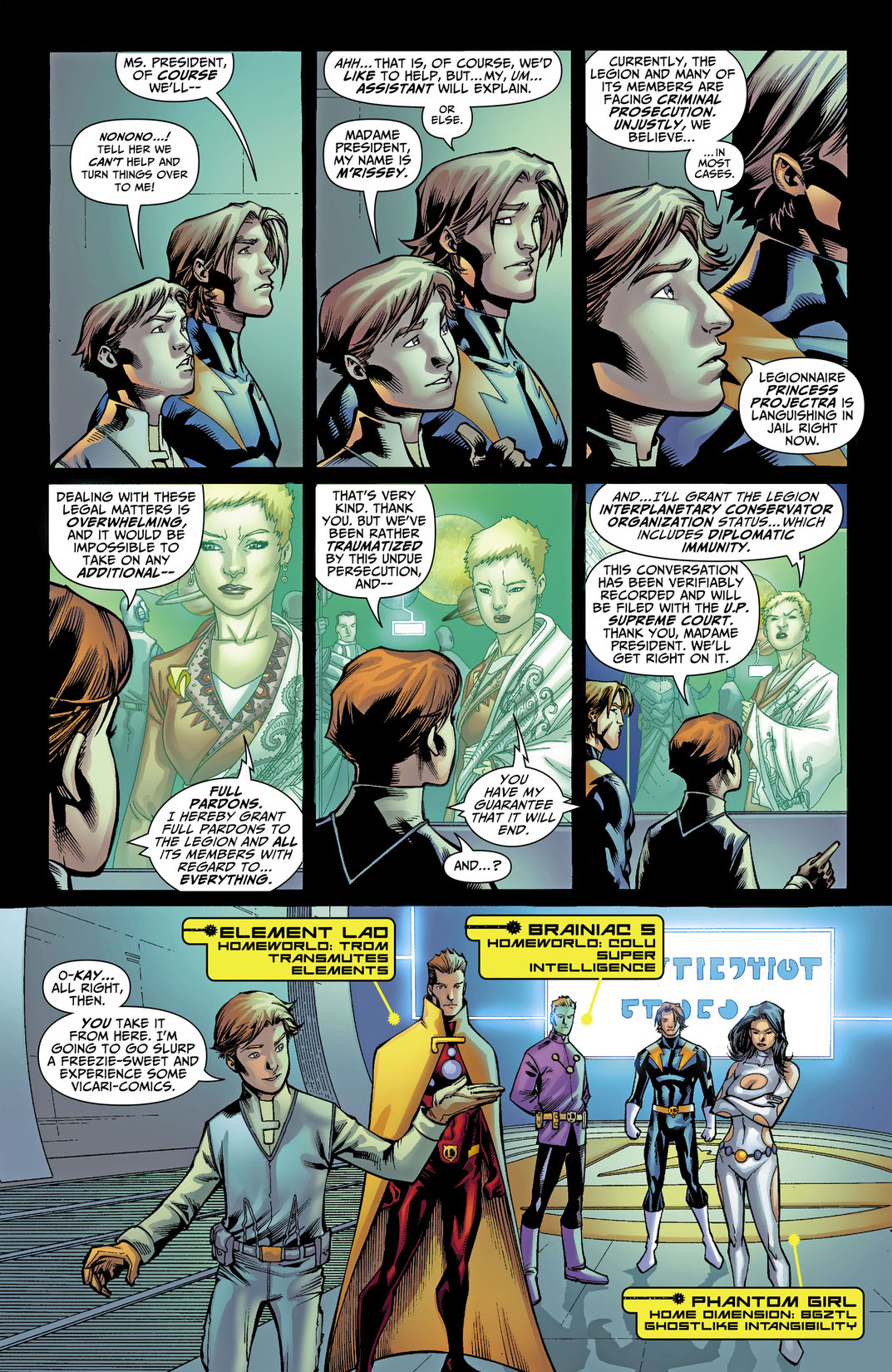 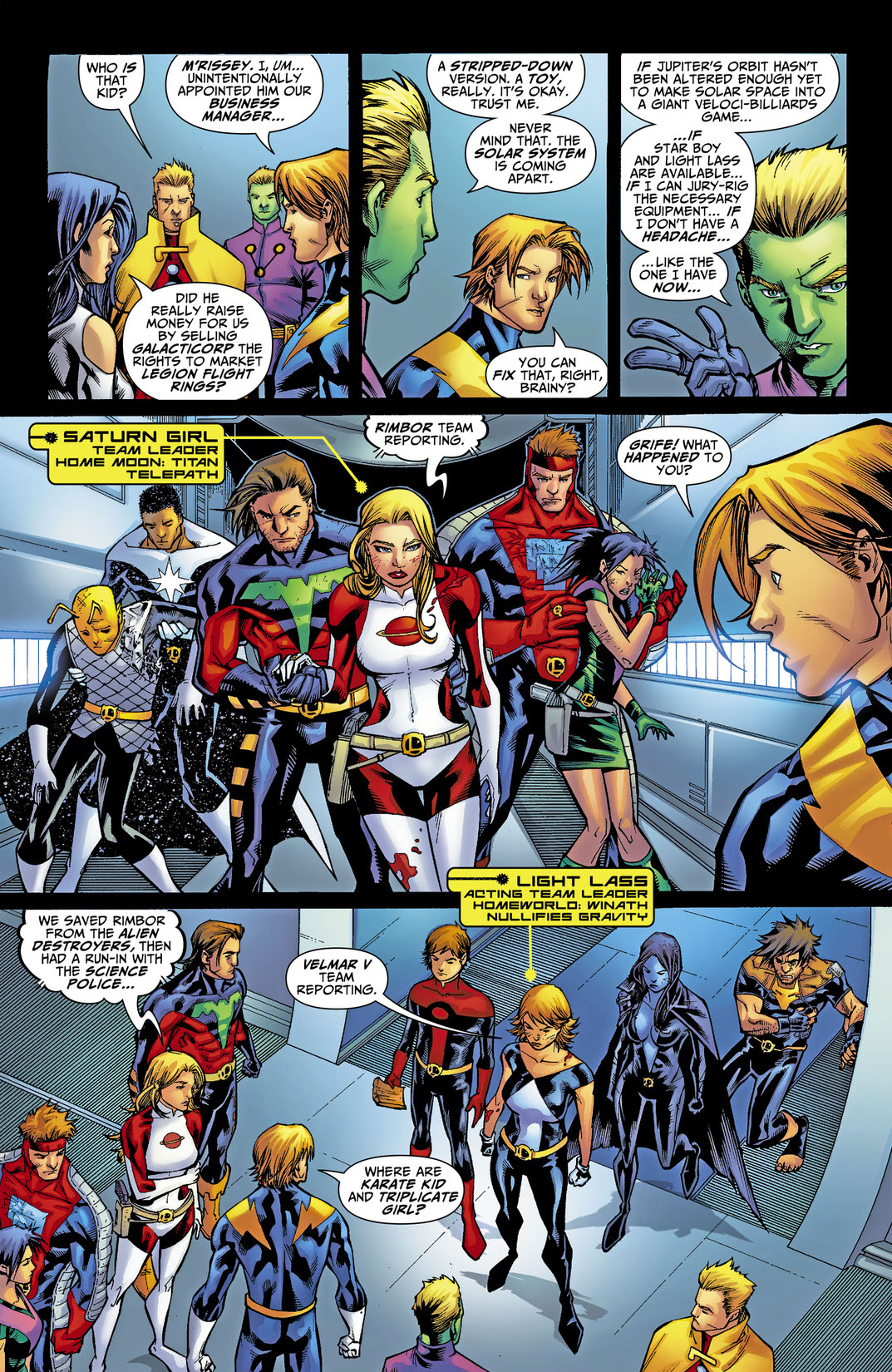 “ENEMY MANIFEST.” Part one! A massive intruder planet has appeared near Jupiter—and its gravity is ripping apart the solar system! Under Brainiac 5’s guidance, Light Lass and Star Boy fight back, but they’ll have to do the impossible—moving planets—to end the chaos and carnage!