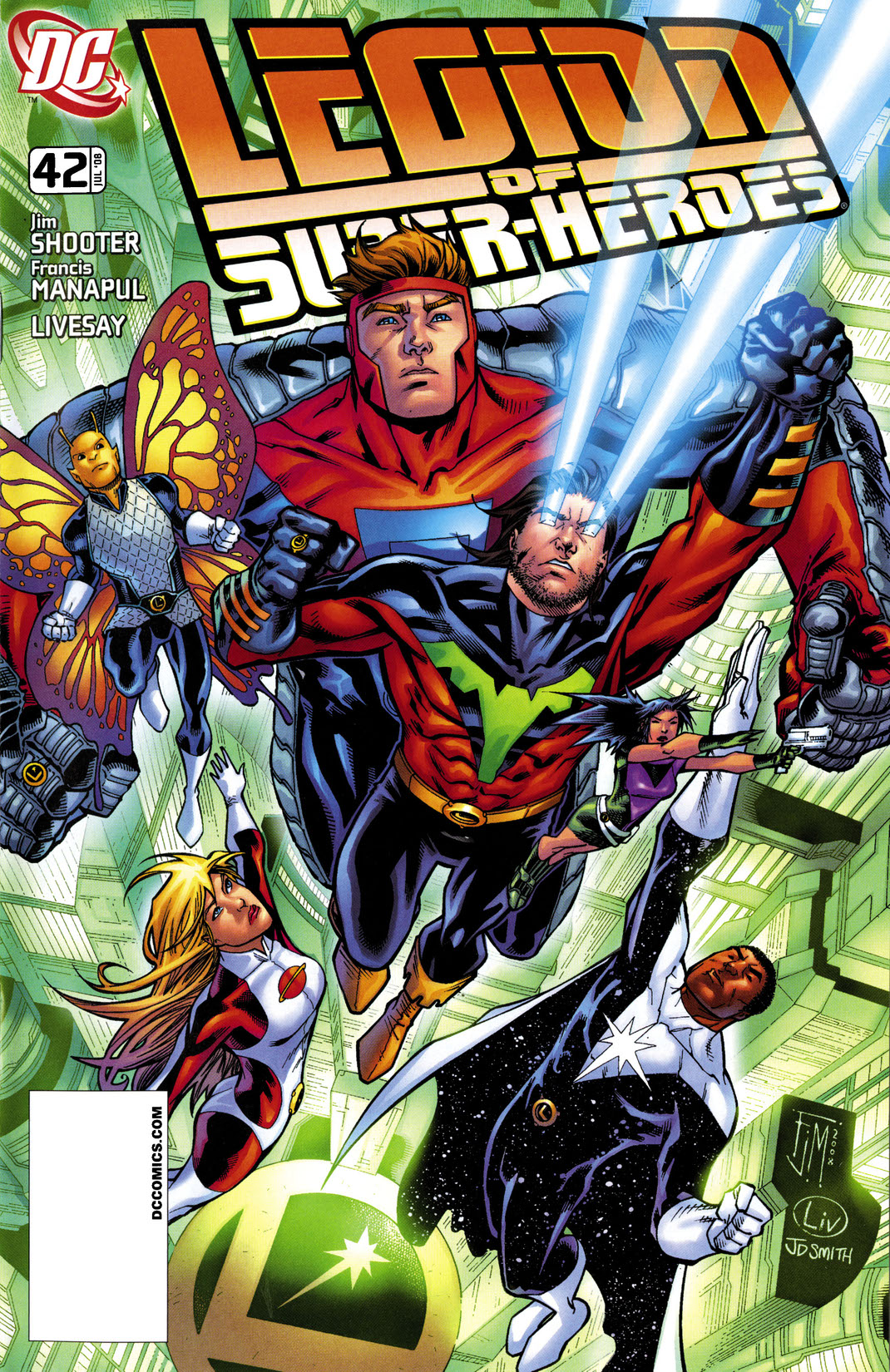 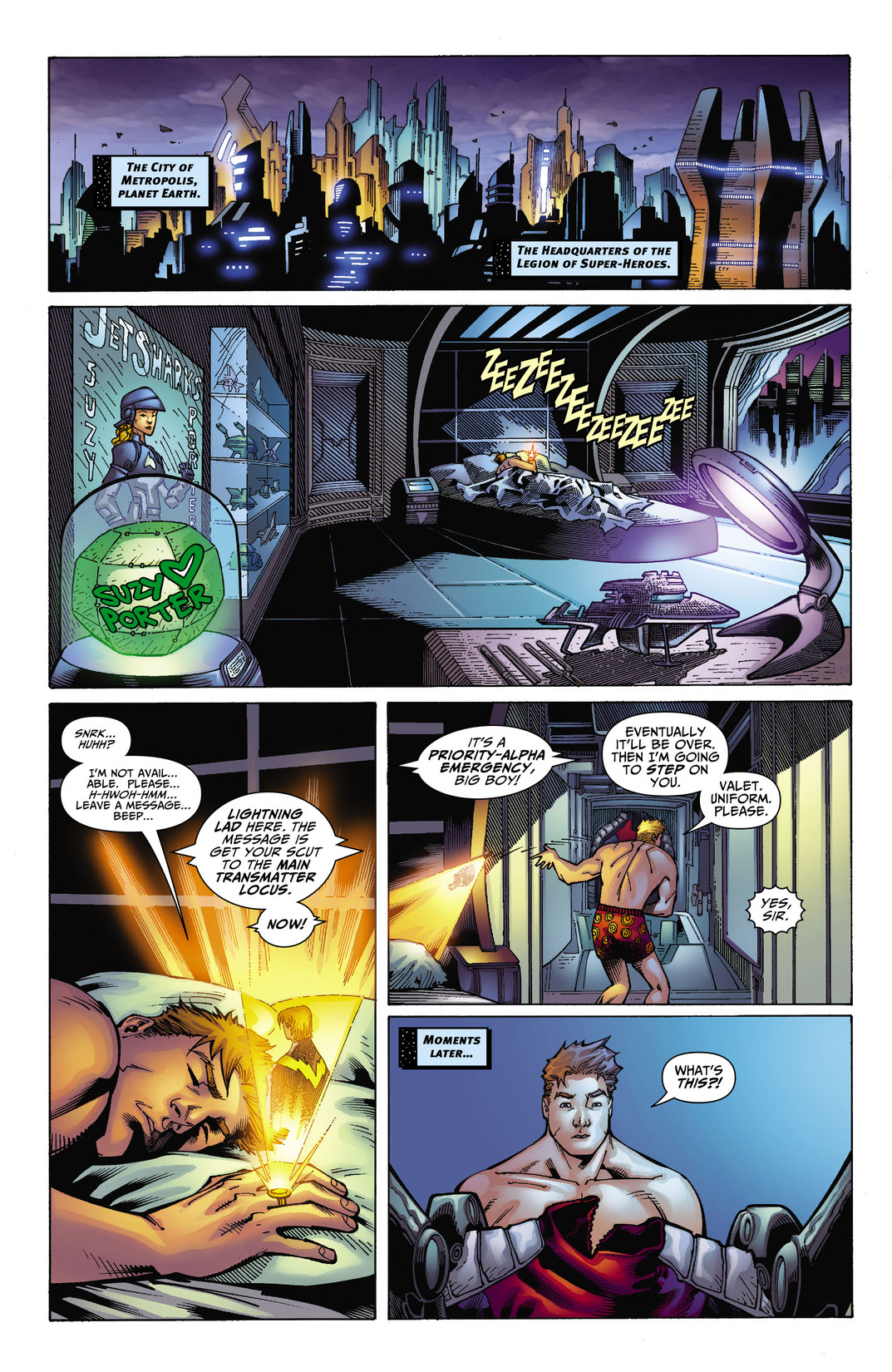 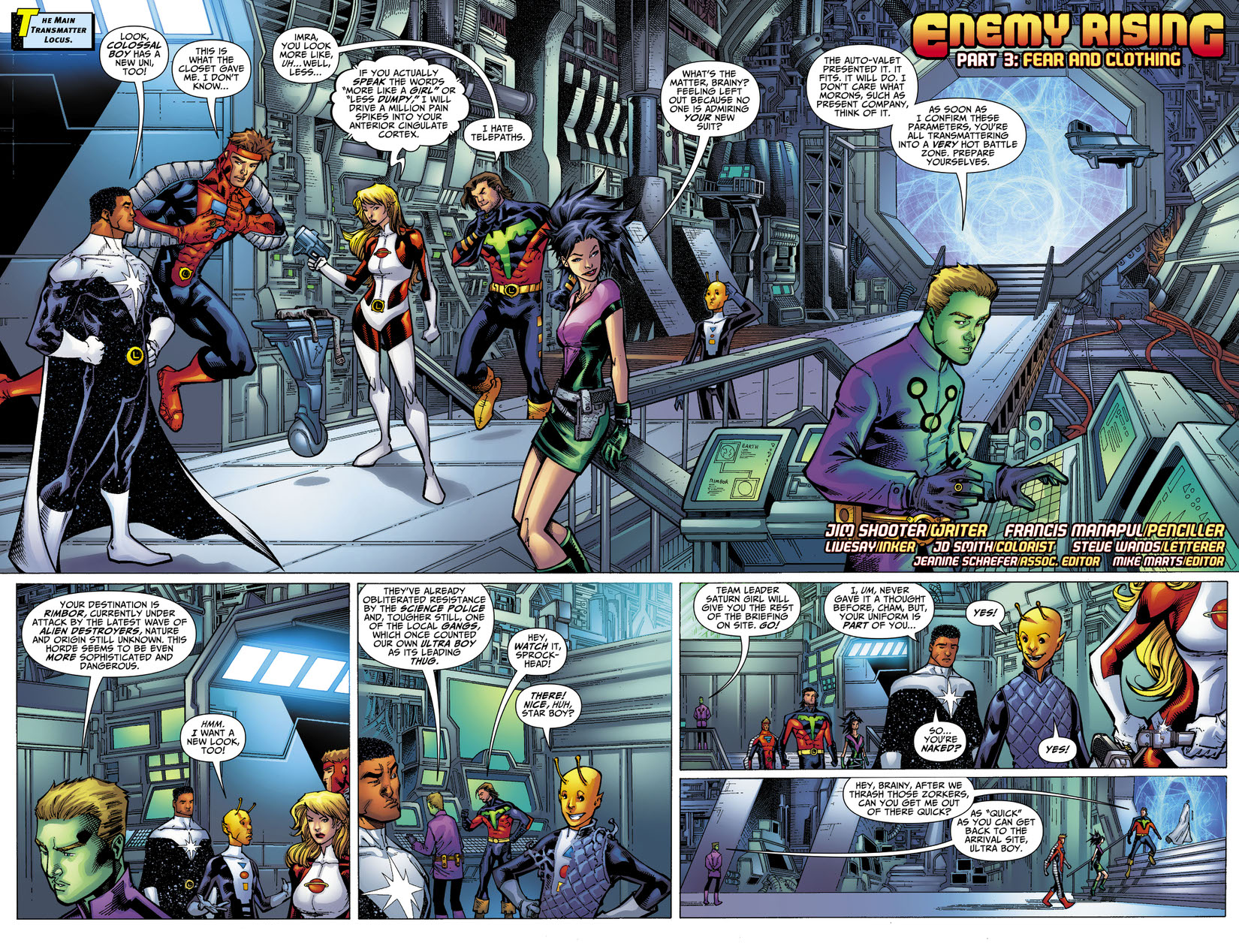 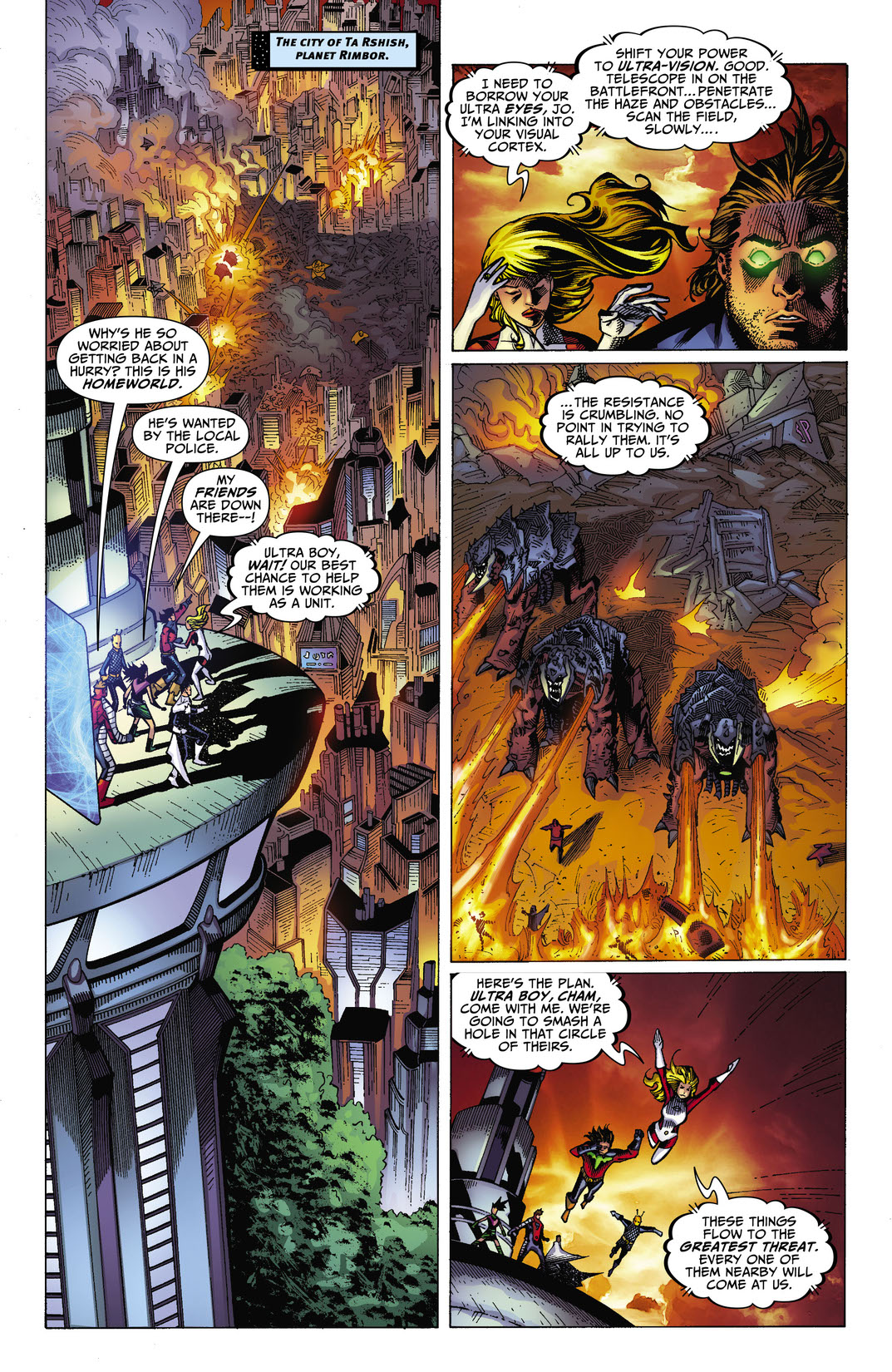 “ENEMY RISING!” Part three! The war against the powers from beyond the fringes of the universe forces the Legion into the most terrifying fight of their lives on Rimbor, homeworld of Ultra Boy—where he’s wanted for murder!