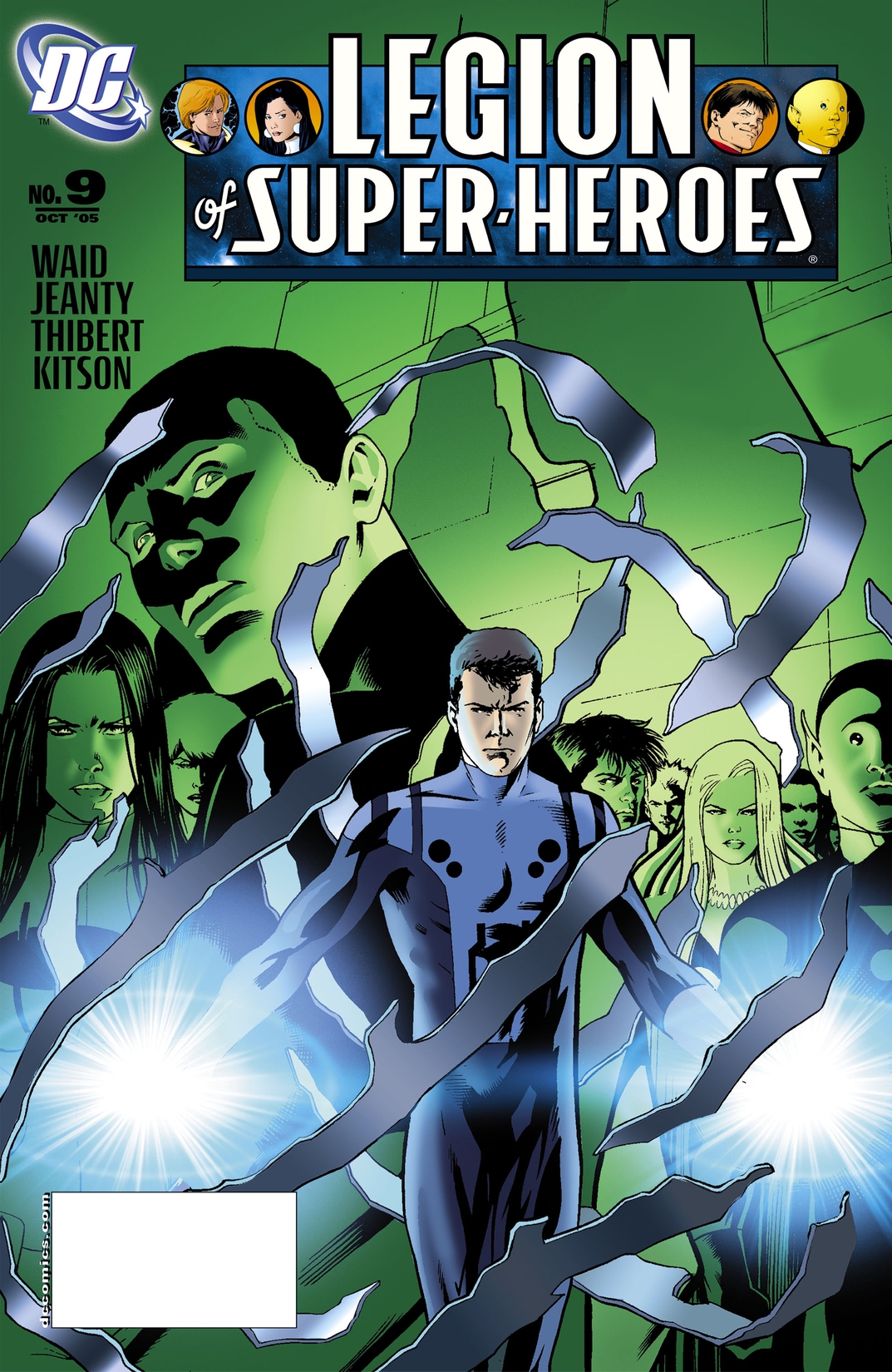 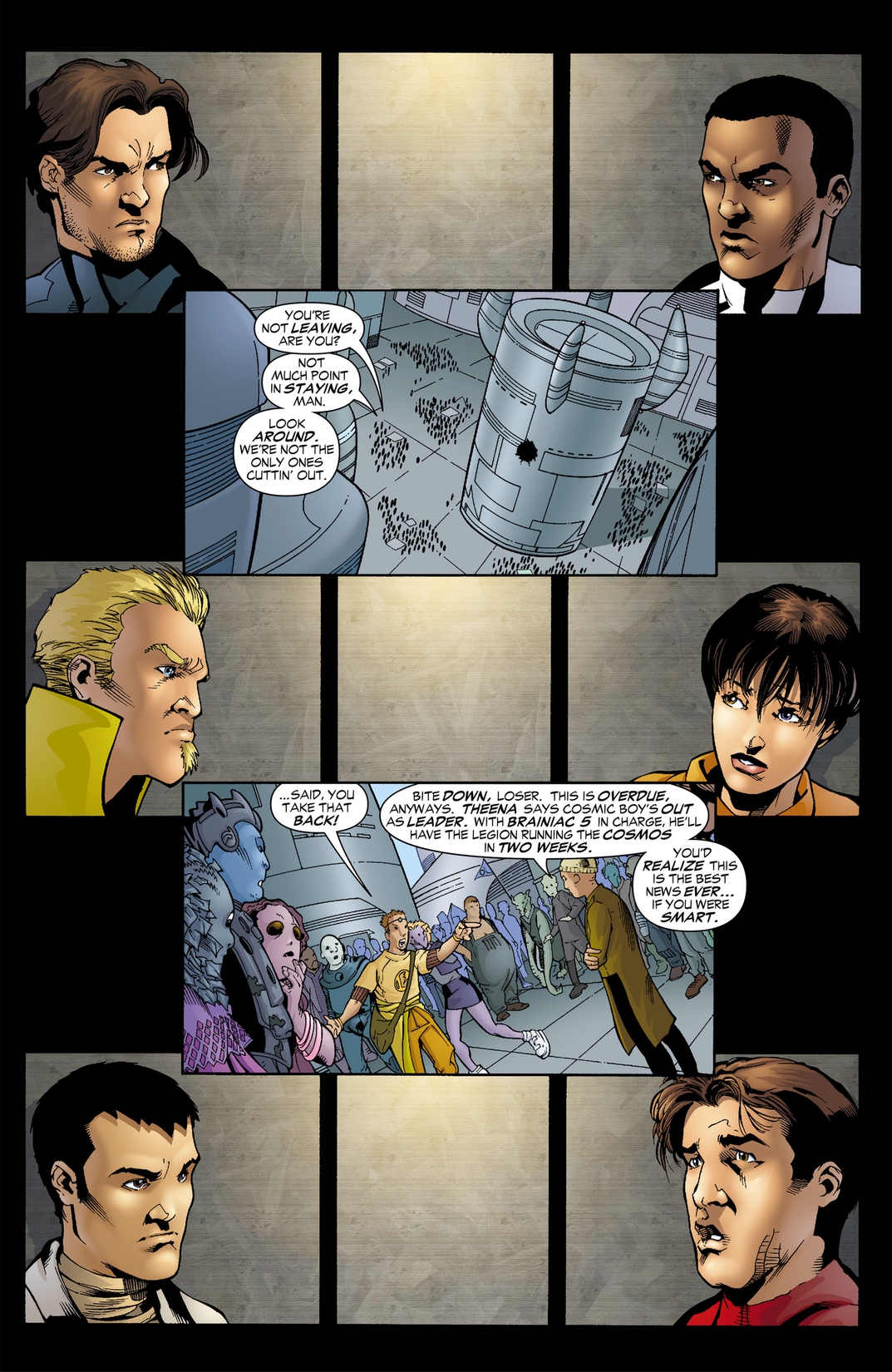 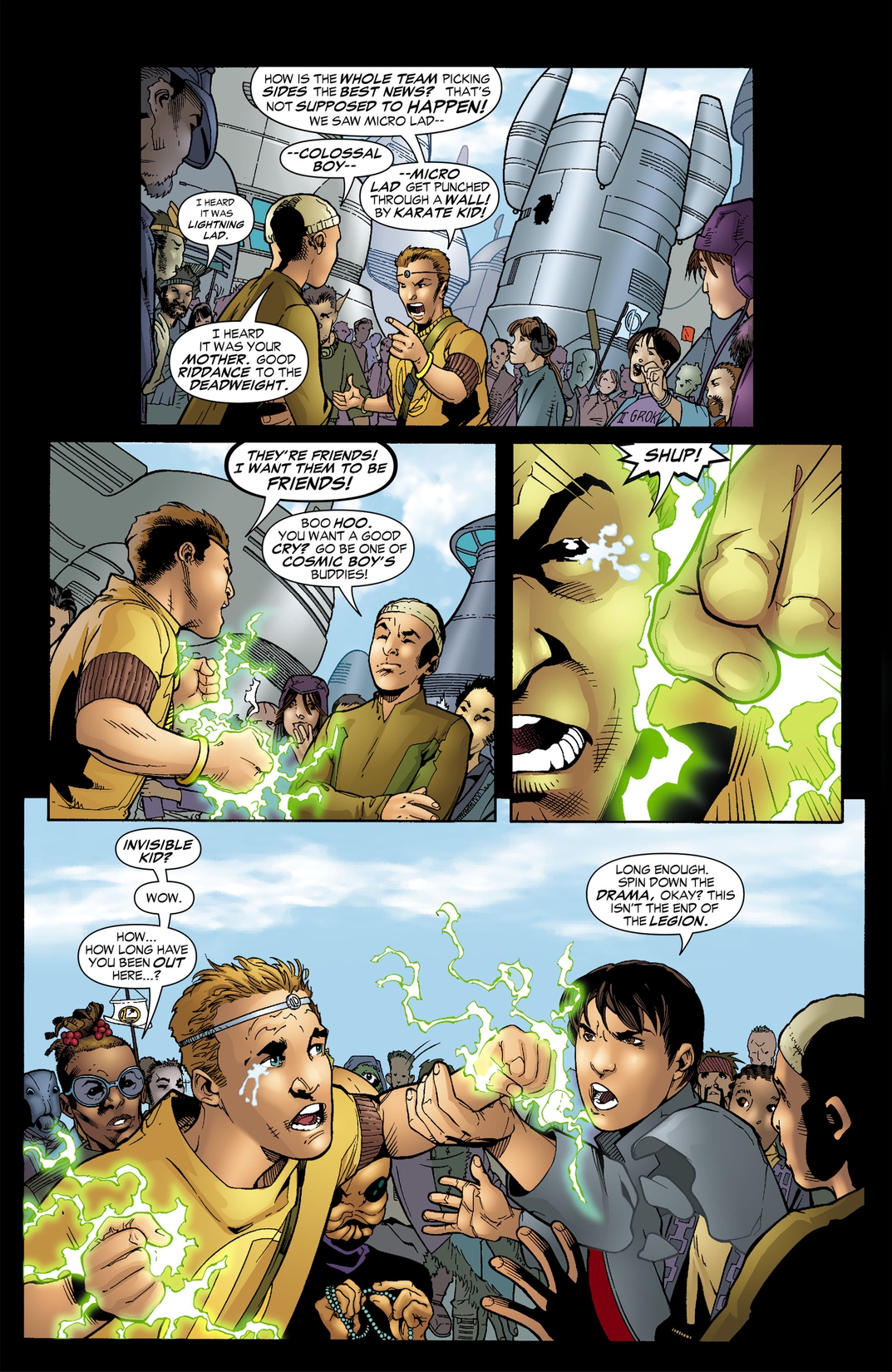 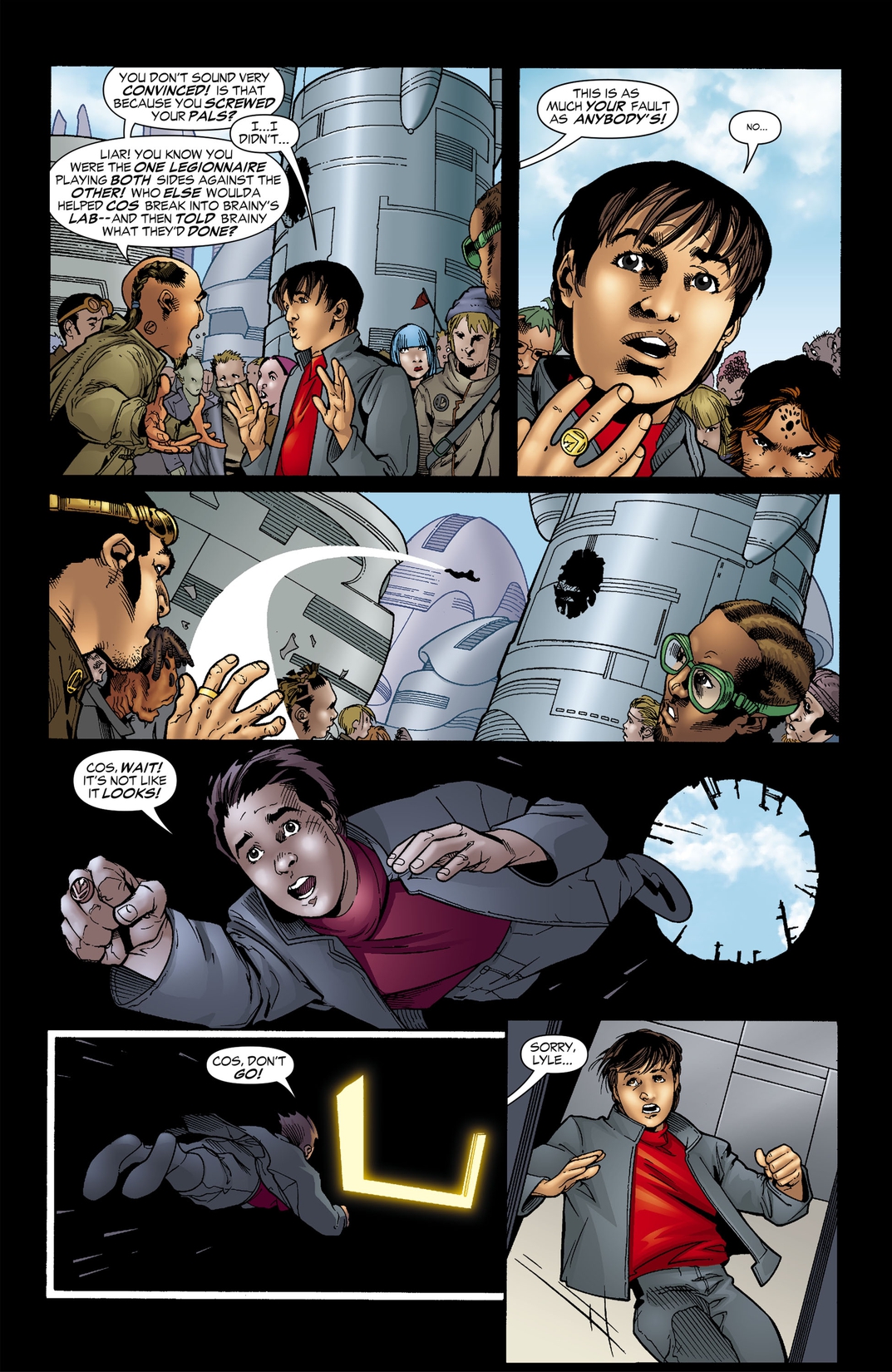 The 30th century’s hottest team nears the breaking point! Layer upon layer of intrigue is revealed as the Legion’s two factions are pushed to the brink, while Cosmic Boy is faced with a deadly decision that could change the face of his team forever.