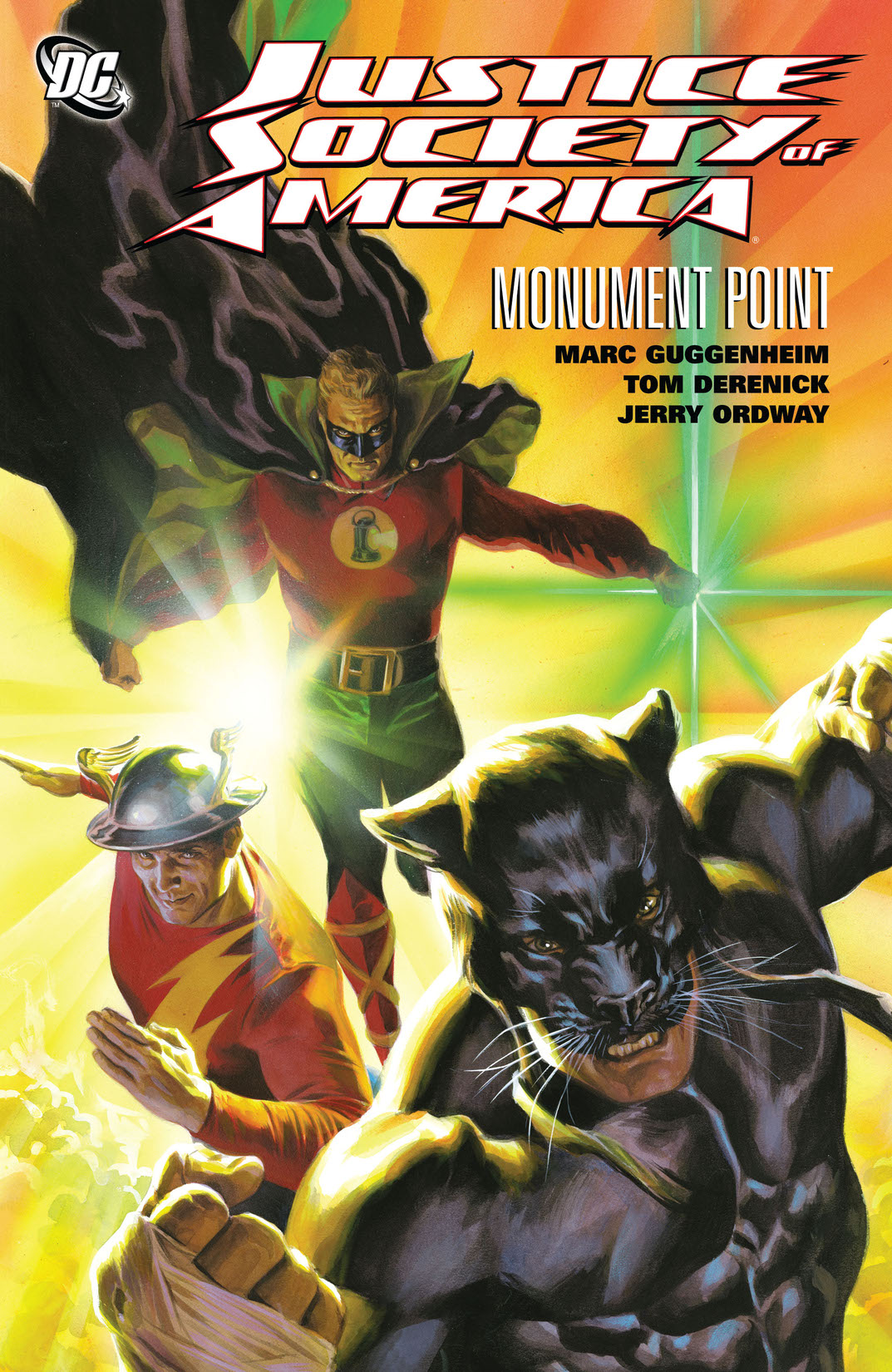 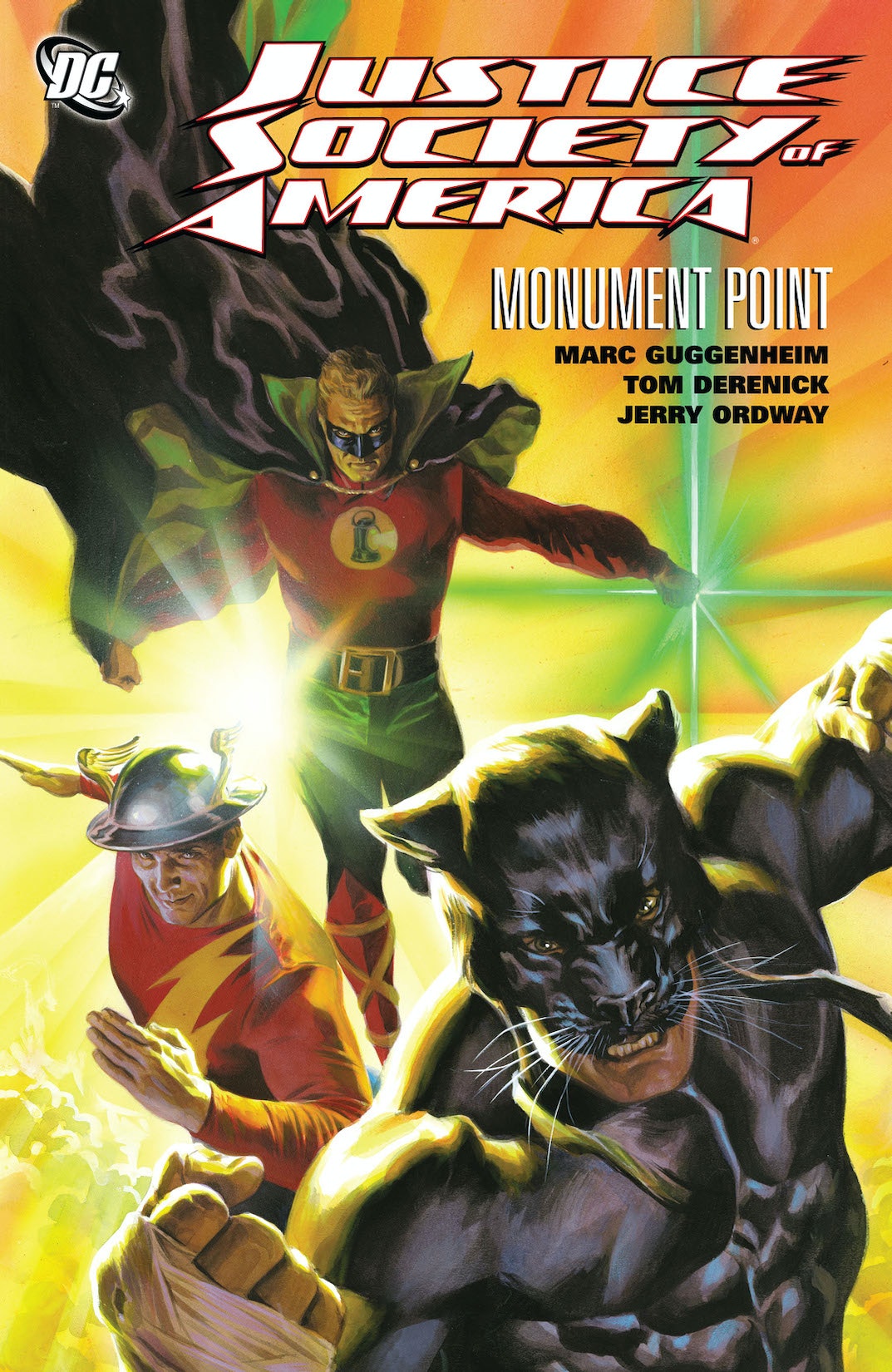 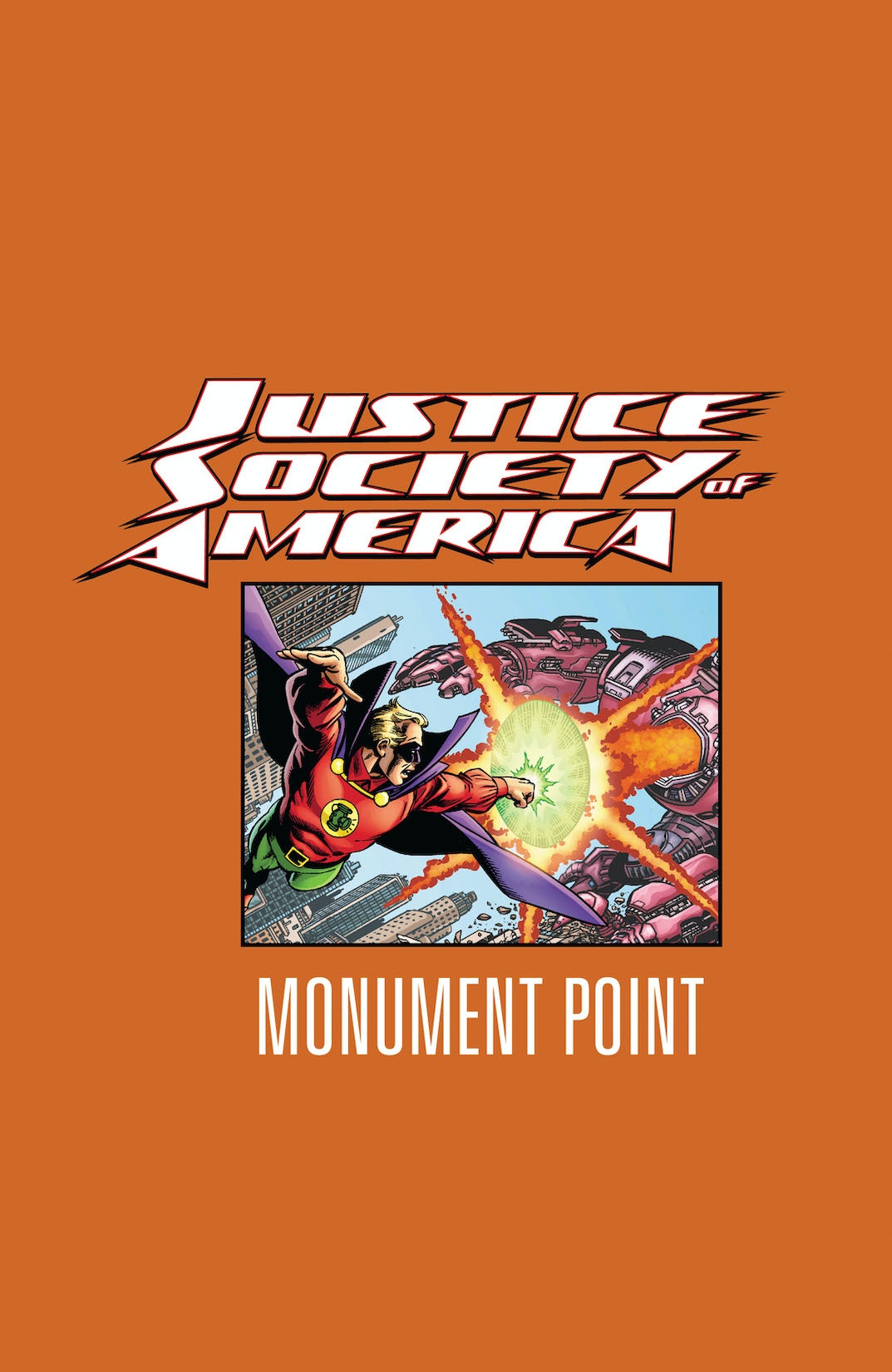 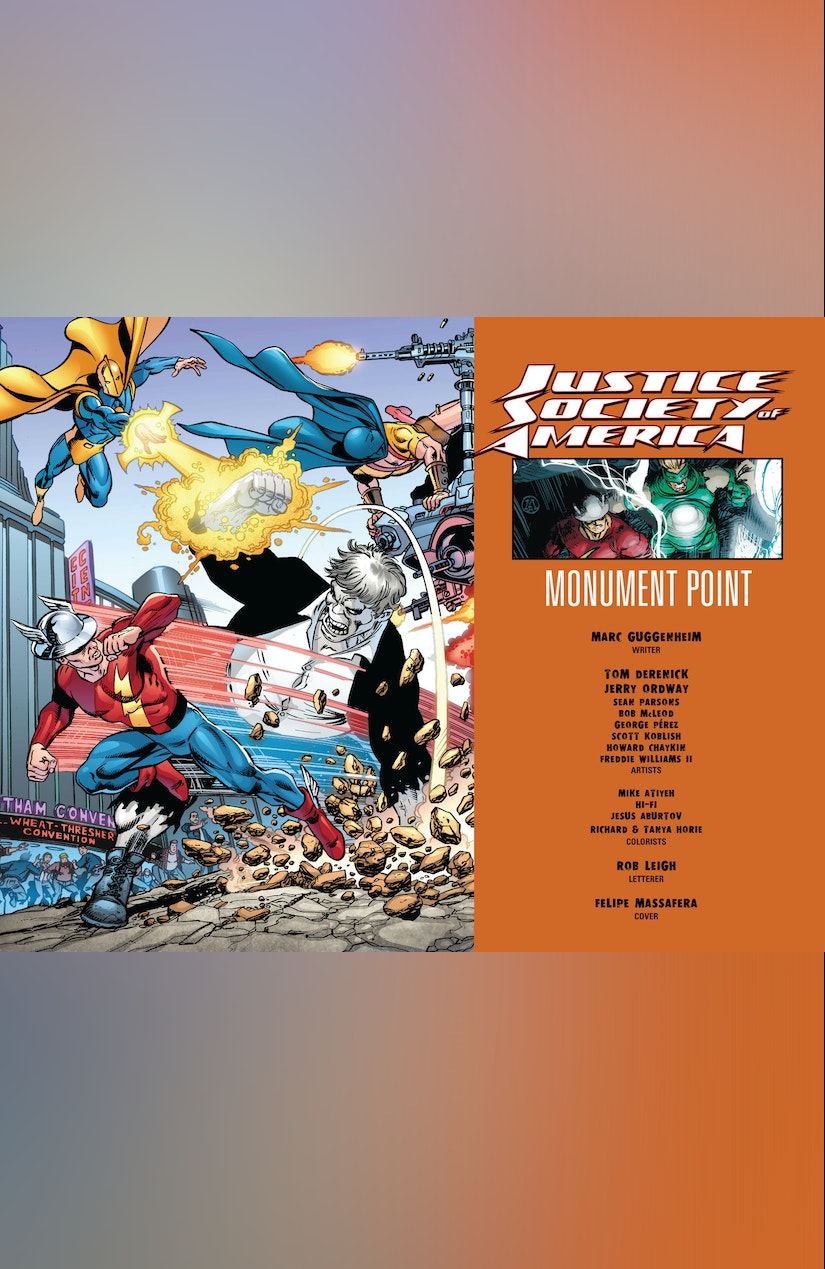 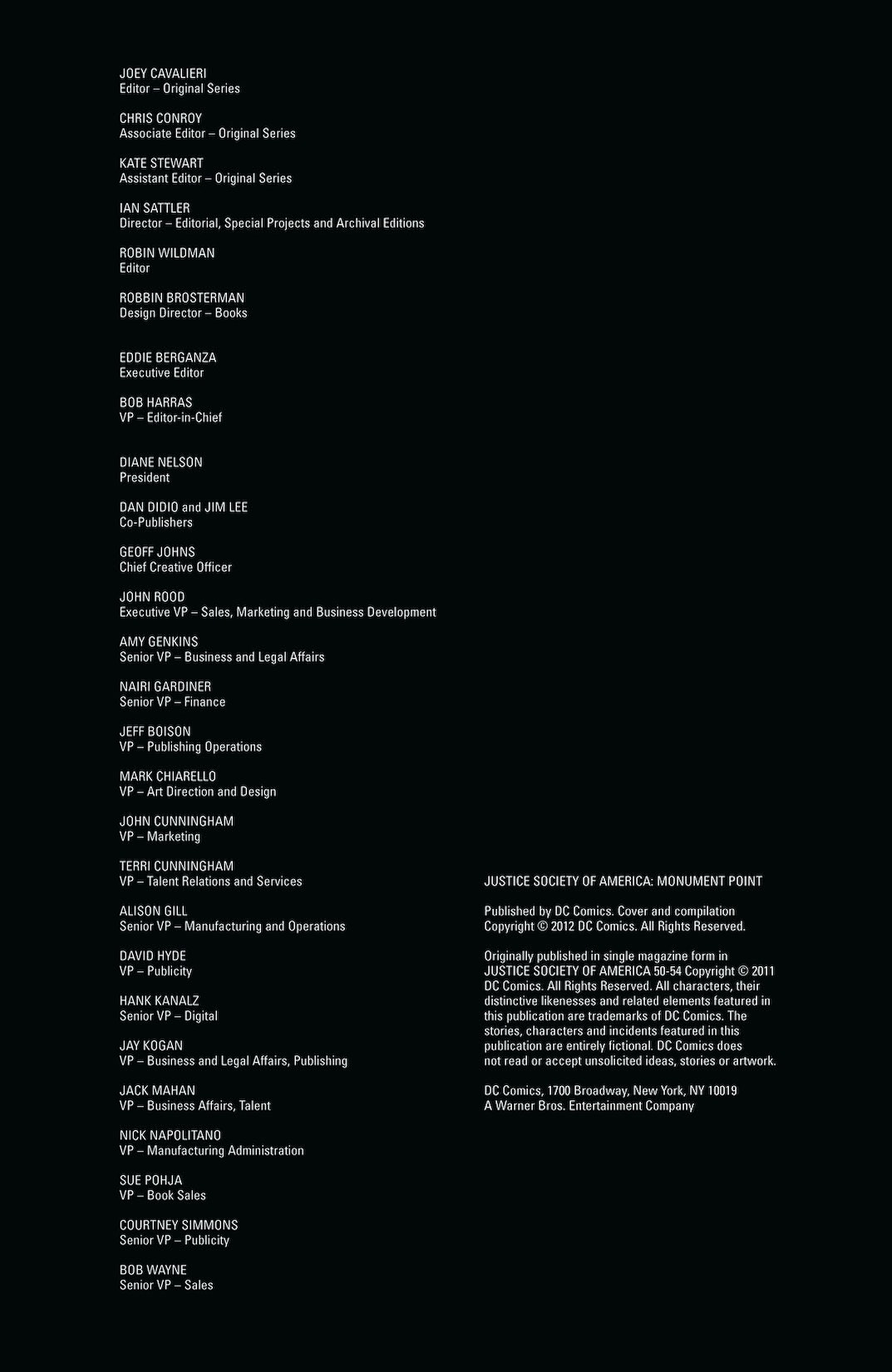 The Justice Society of America find themselves dealing with issue personal and political after rebuilding Monument Point. As Jay Garrick begins his time as mayor of the city, the other members of the JSA try to settle into their new home and Mr. Terrific attempts to deal with his gradual loss of intelligence.