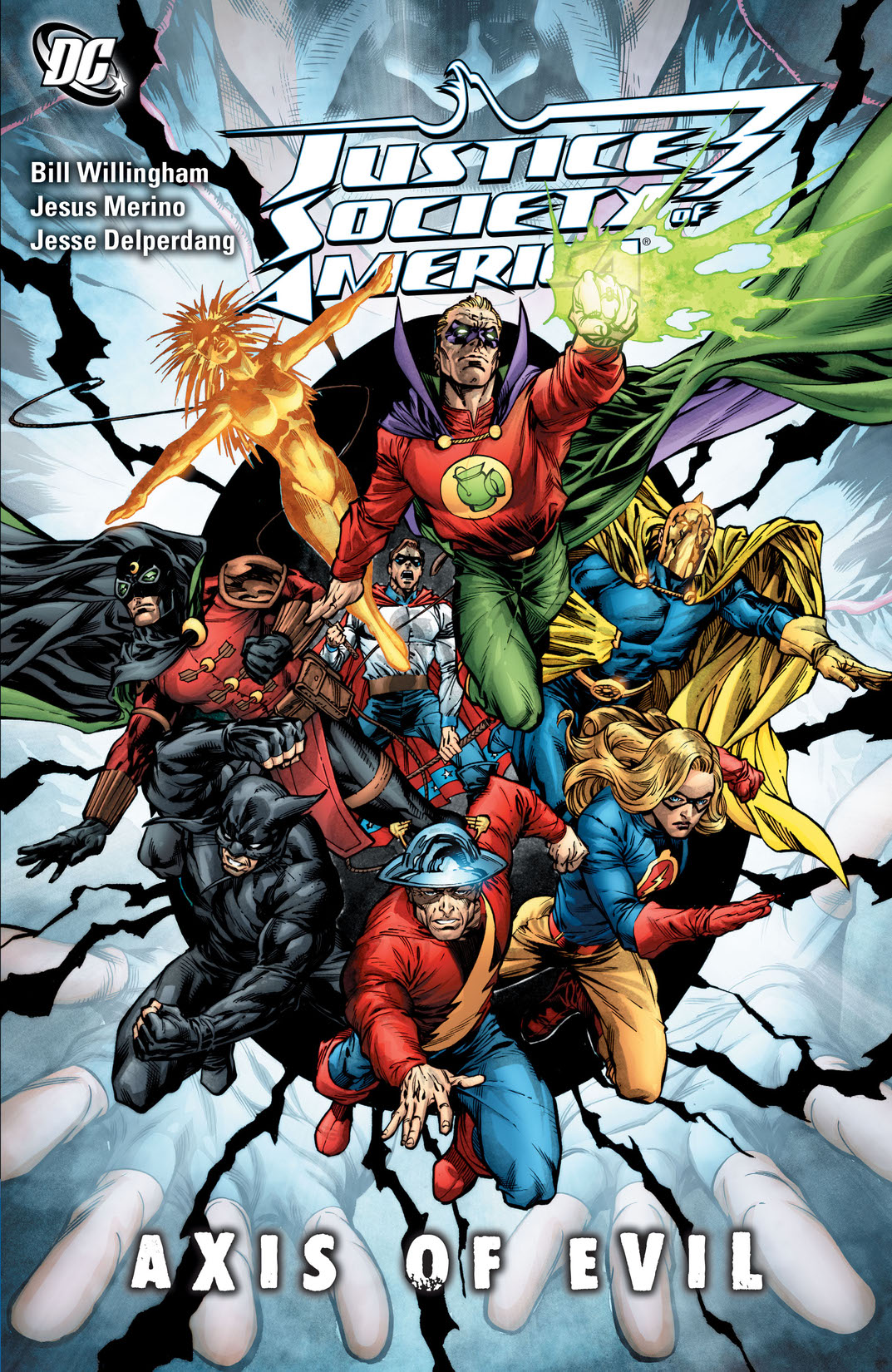 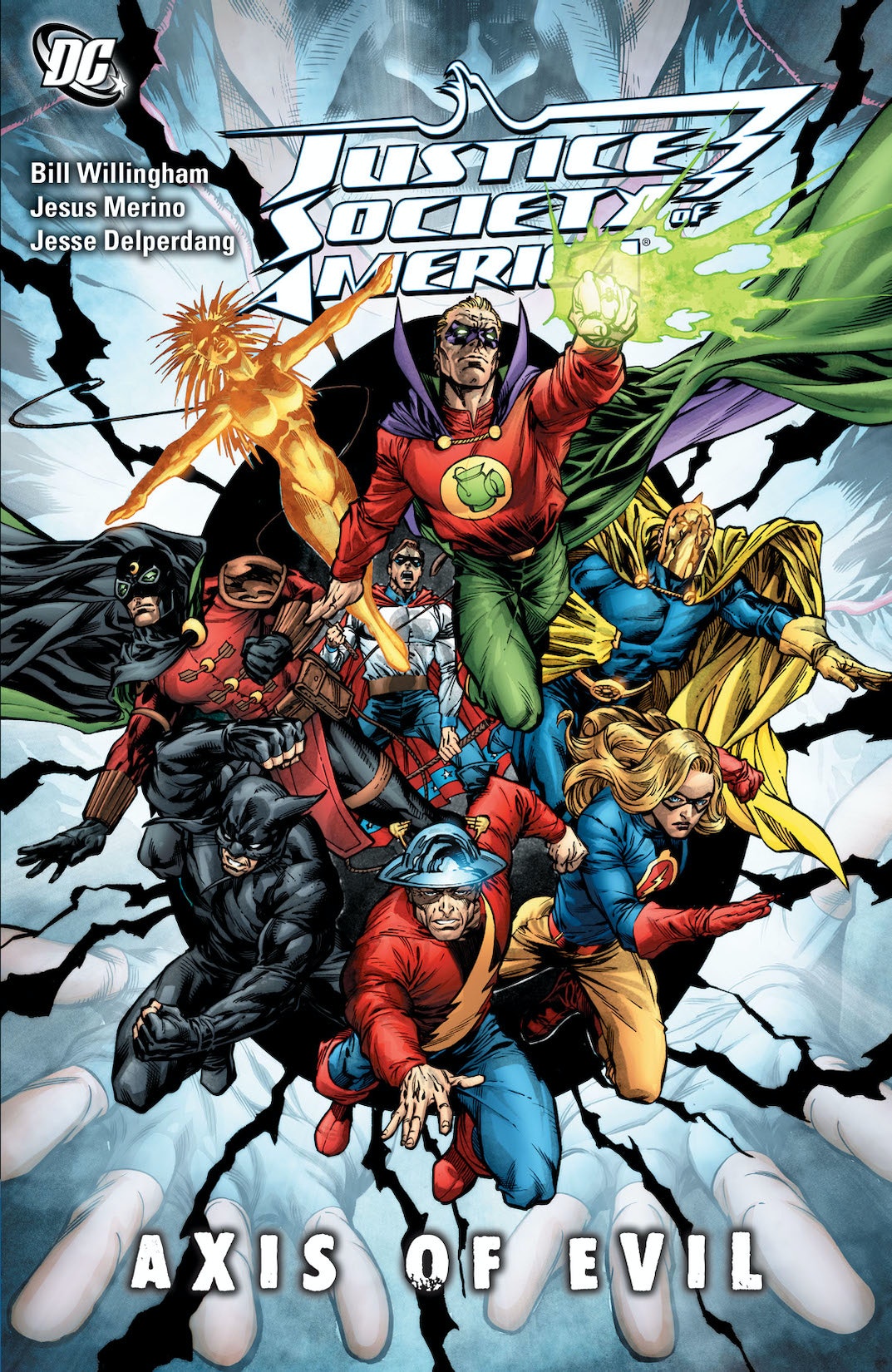 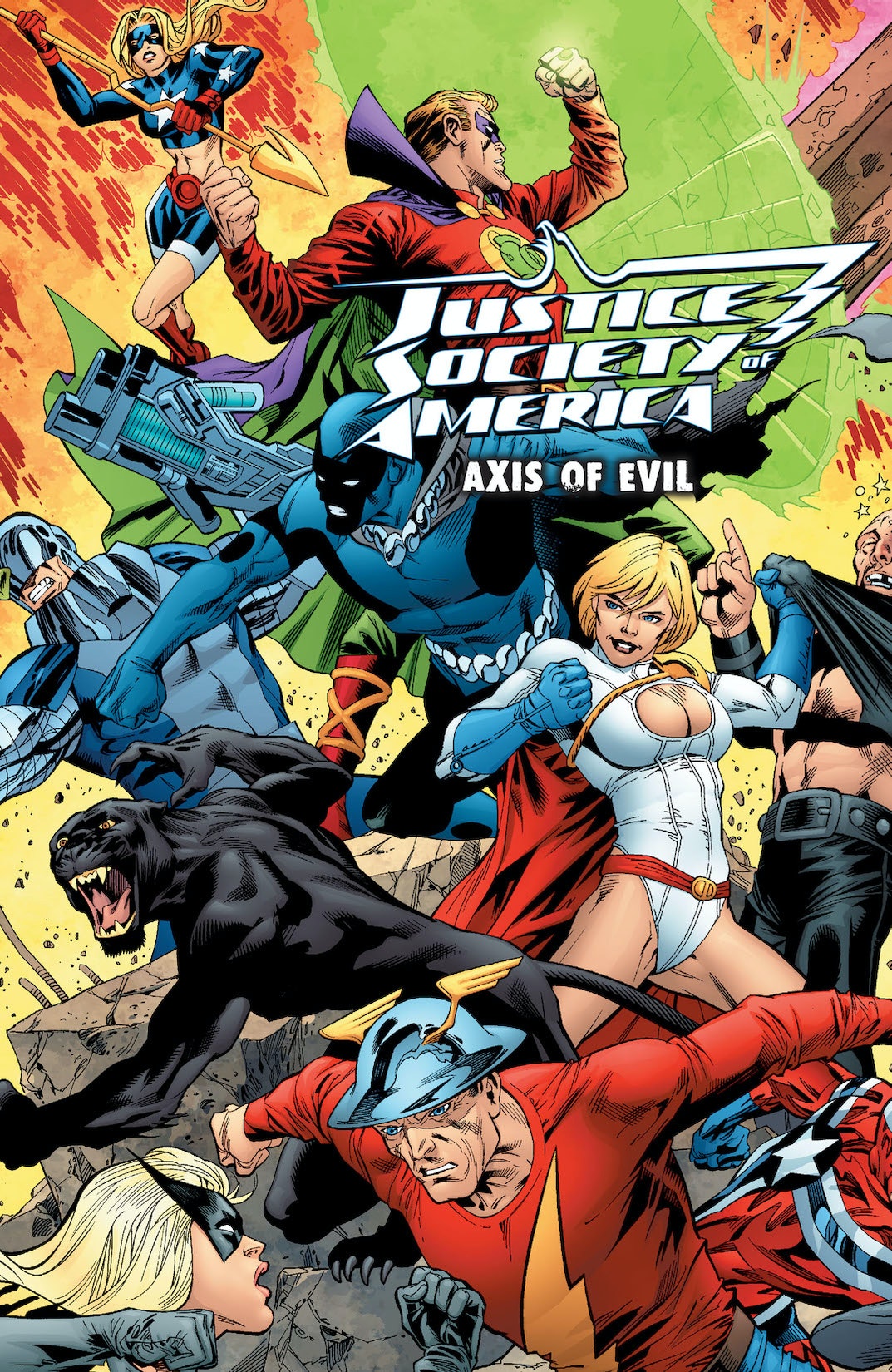 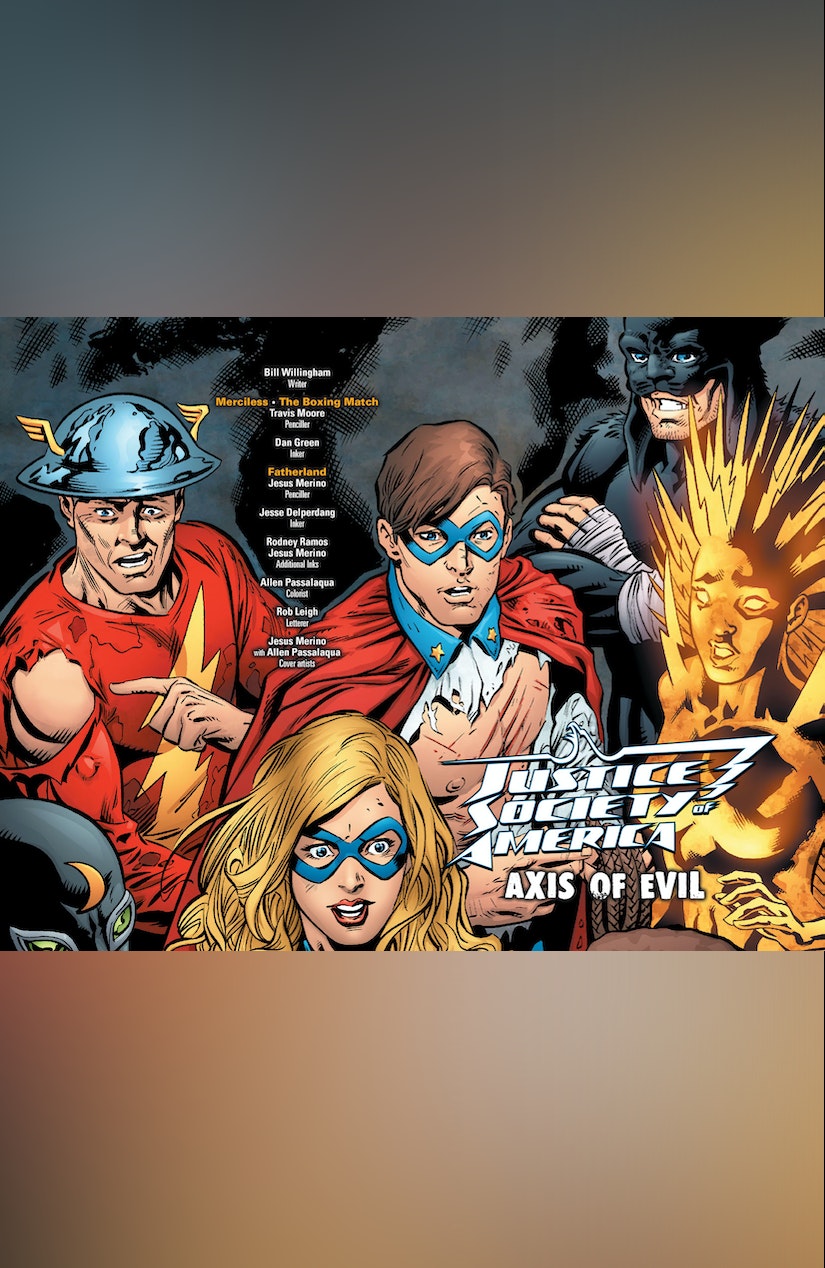 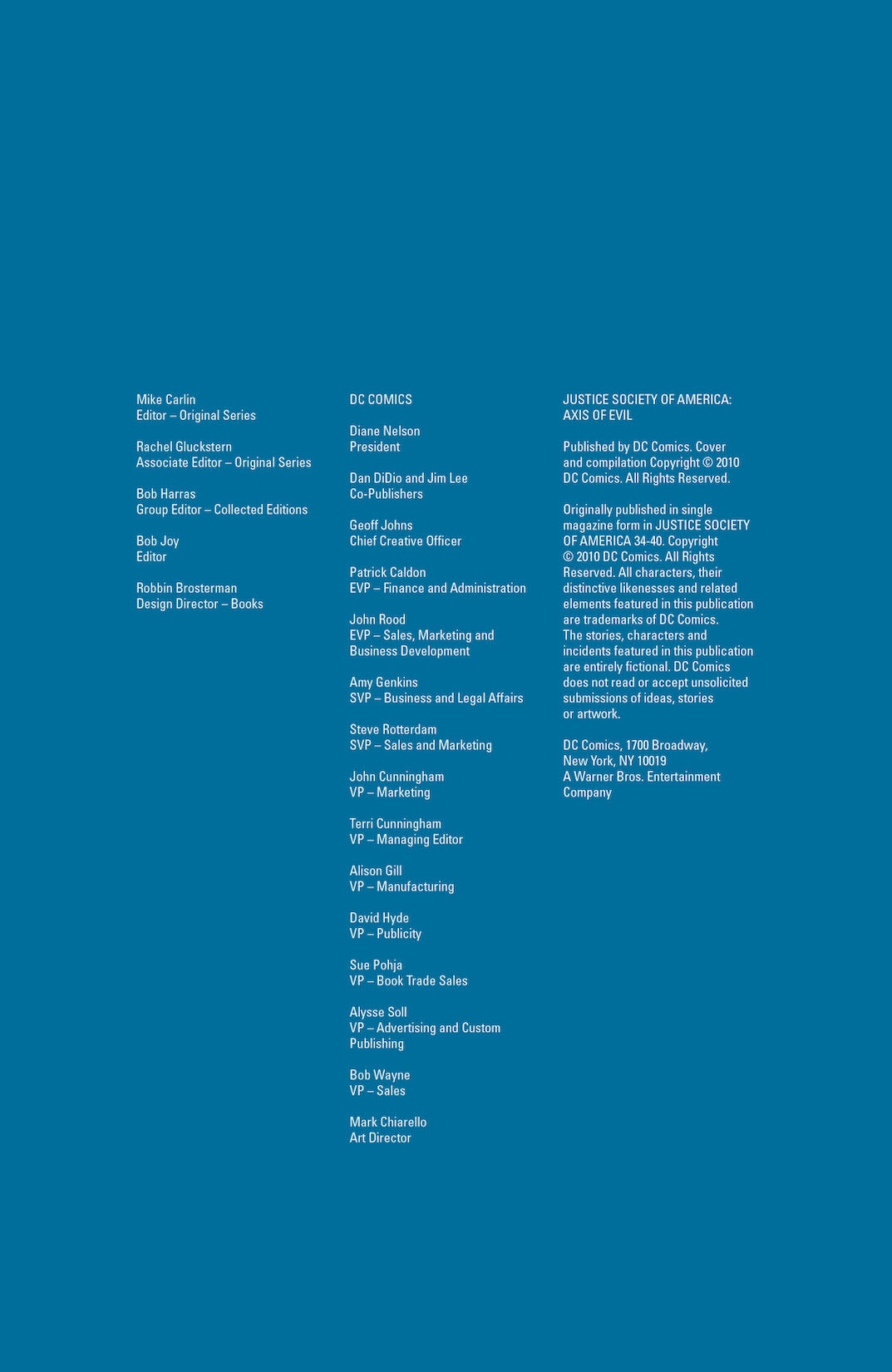 A new era begins for the Justice Society of America as writer Bill Willingham (FABLES) takes over the solo writing chores on the series with artist Jesus Merino (SUPERMAN ANNUAL). After a rift in the team literally split the roster apart, the Justice Society struggles to pick up the pieces! Regrouping at a new, temporary home base, the smaller team reflects on the recent infiltration of their ranks and how they can protect themselves from another such attack in the future! And why is the new Dr. Fate acting so weird? It's all-out war as the leaner, meaner Justice Society of America confront another intruder in their midst! But this time it's bad news for their enemy, as he's facing a team that has learned from its past mistakes! The new incarnation of the Justice Society is more together than ever, which is a plus for them as their old enemies, the Axis of Evil, return! This means war!