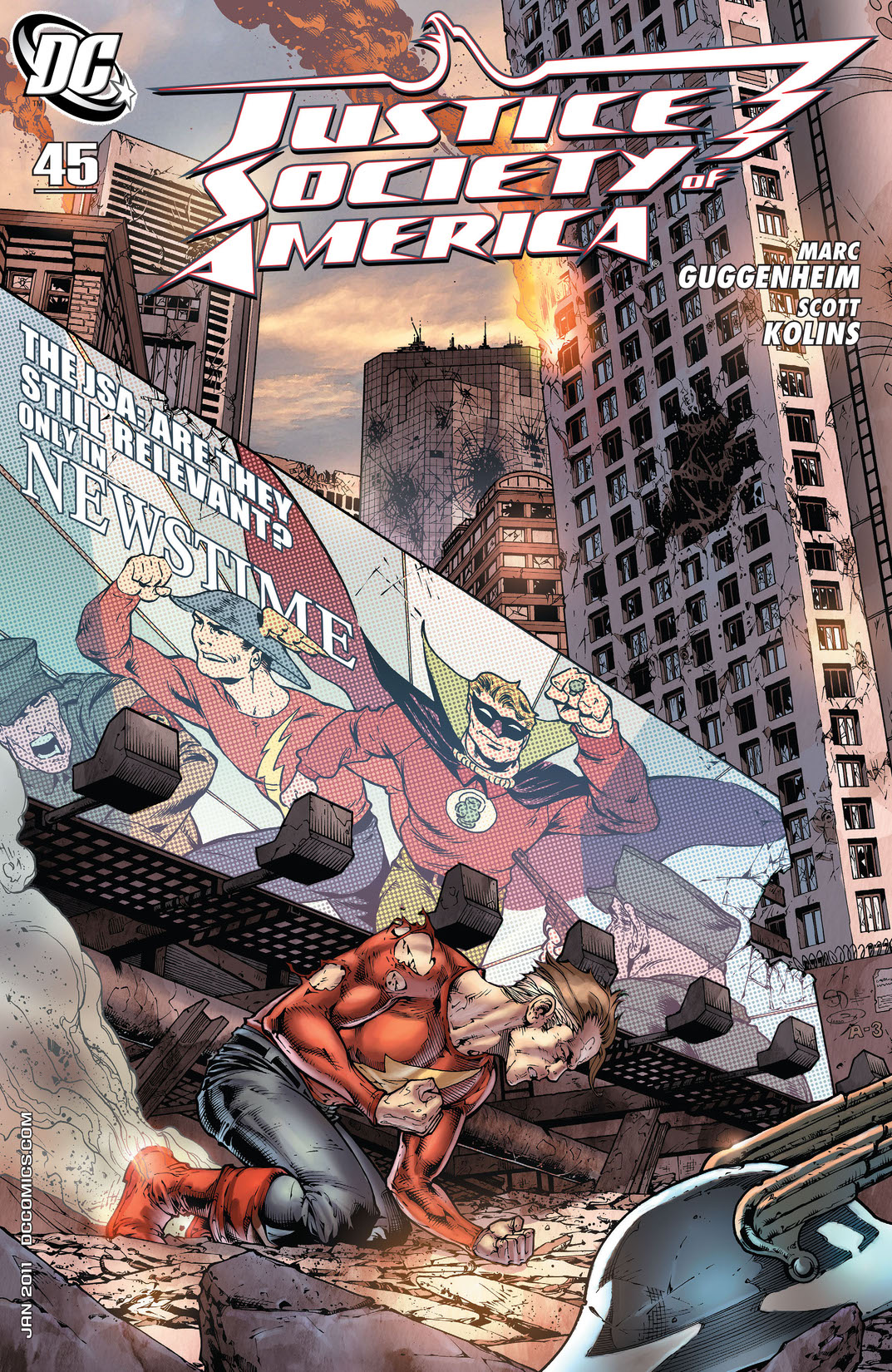 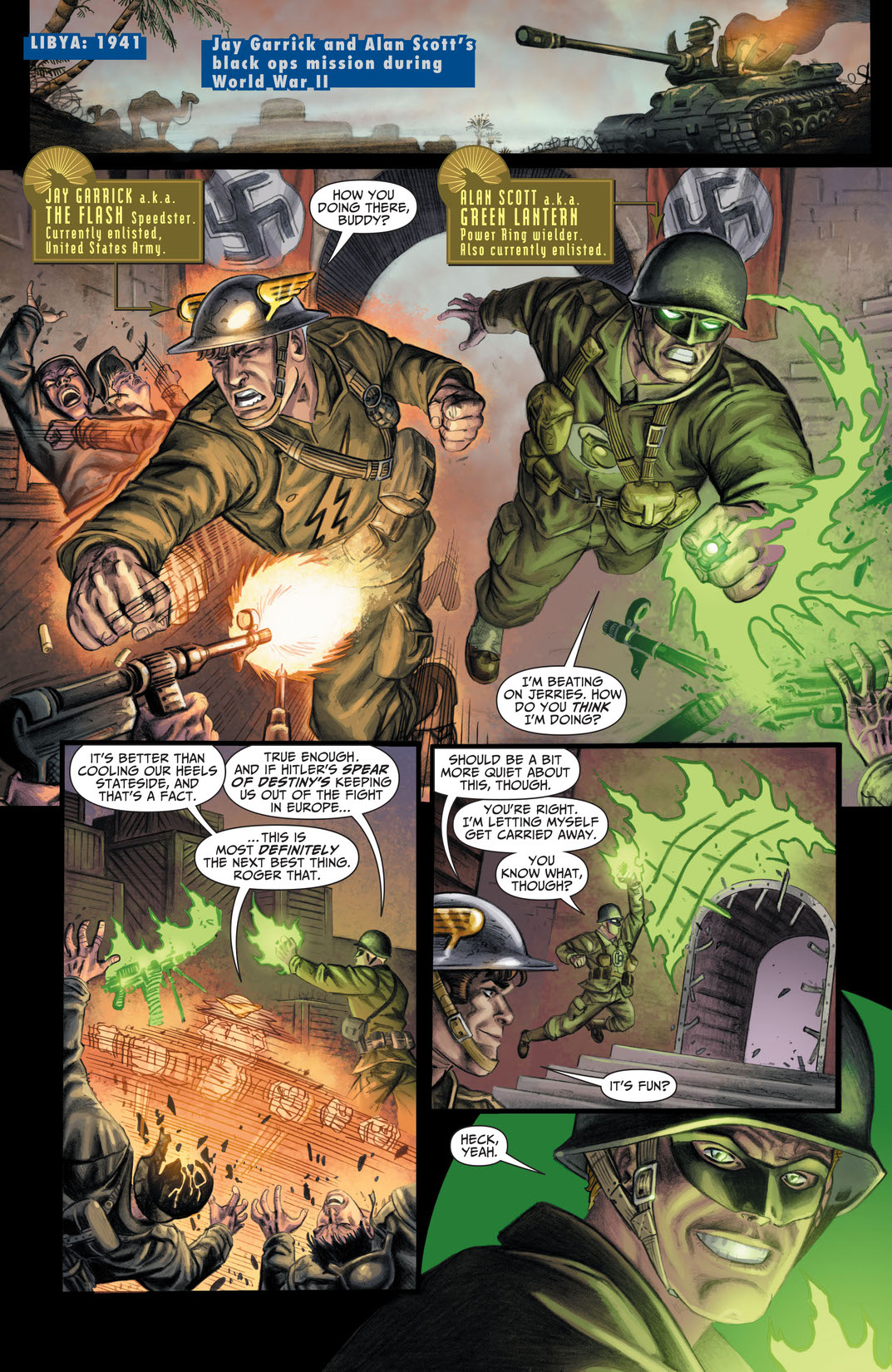 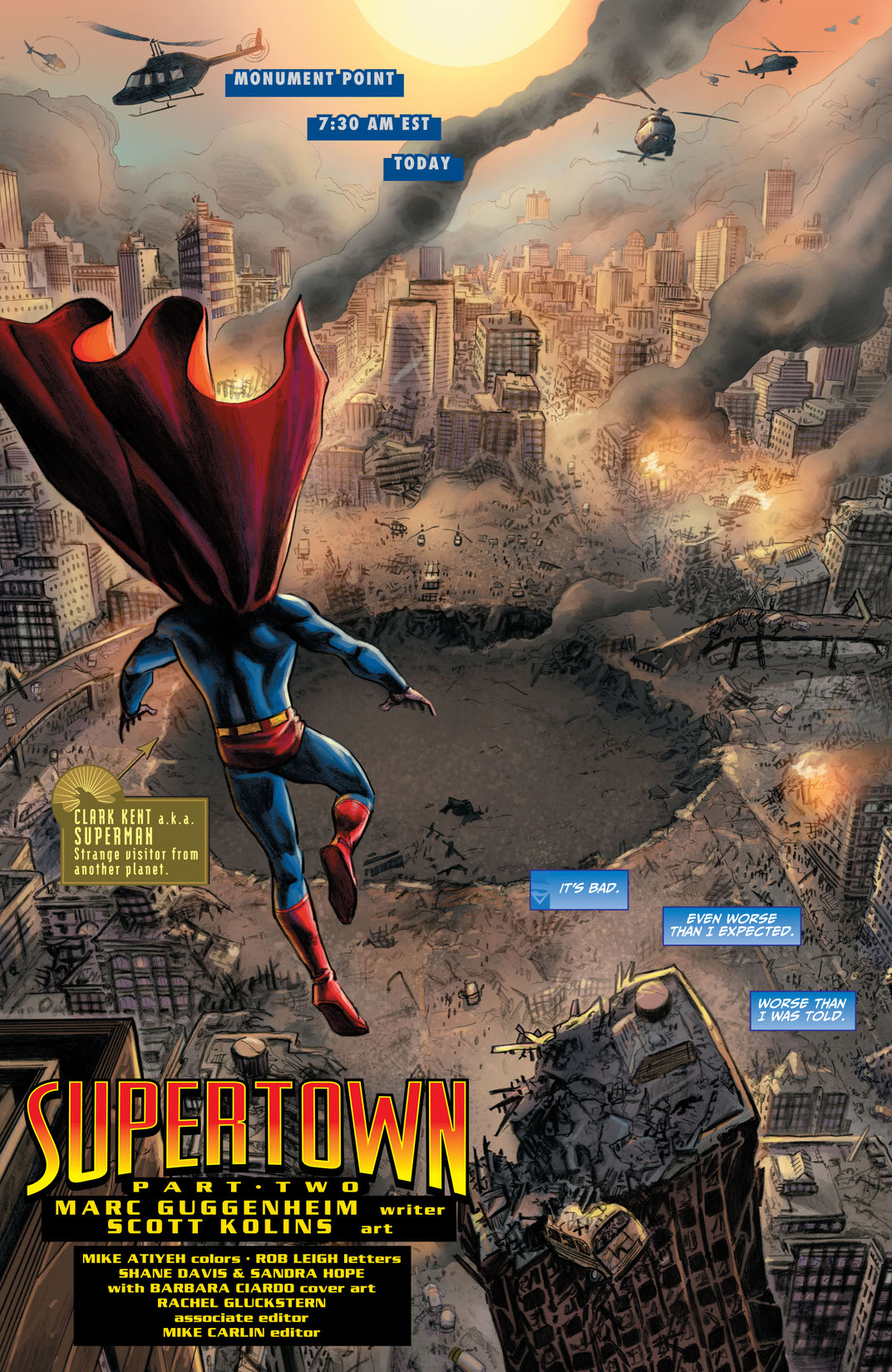 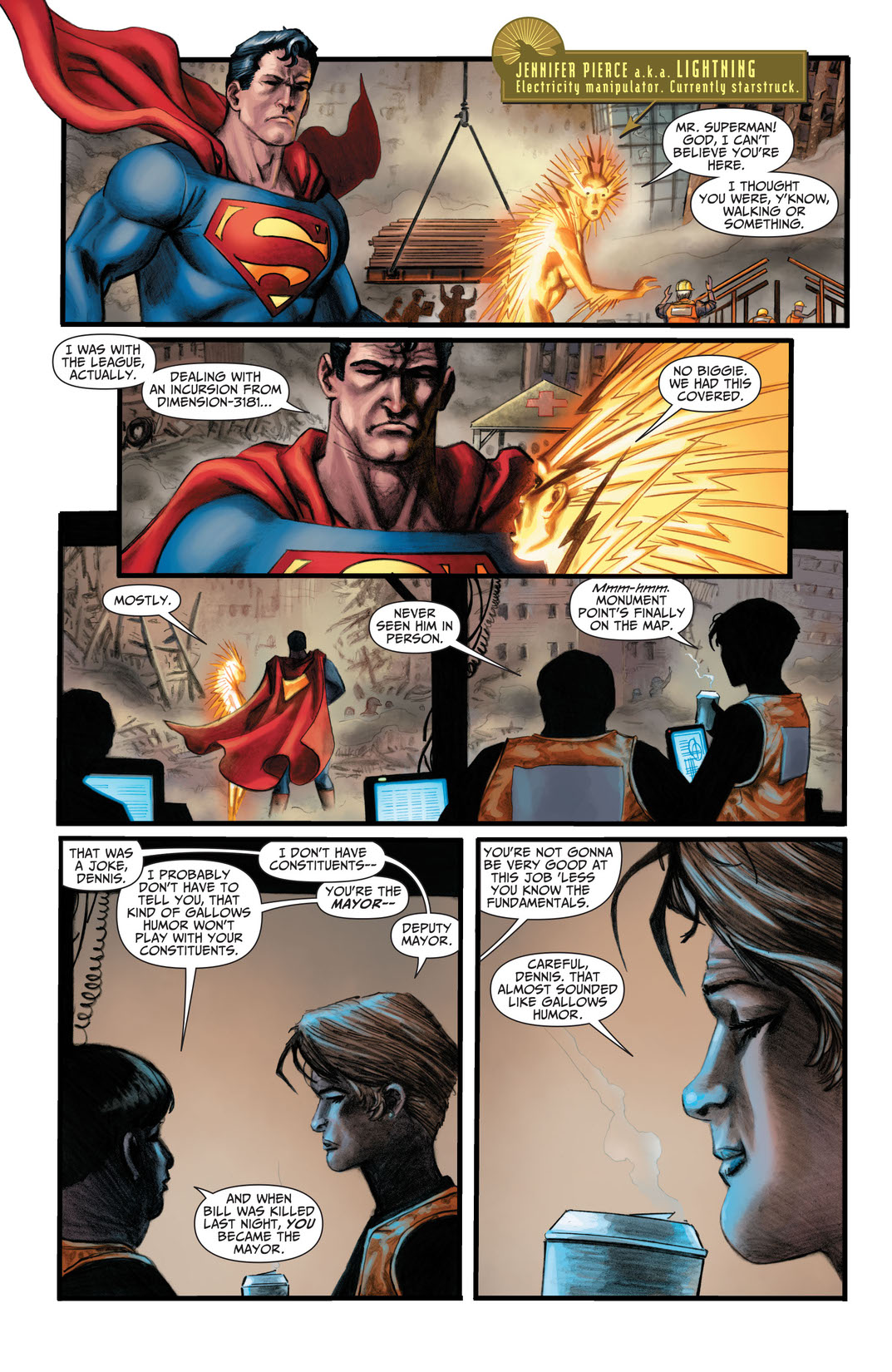 After one of the greatest terrorist attacks on American soil, the Justice Society remains behind to help rebuild in any way they can! But in contrast to their glory days during World War II, it appears the U.S. may not want the Society's help. 'Supertown' part 2.