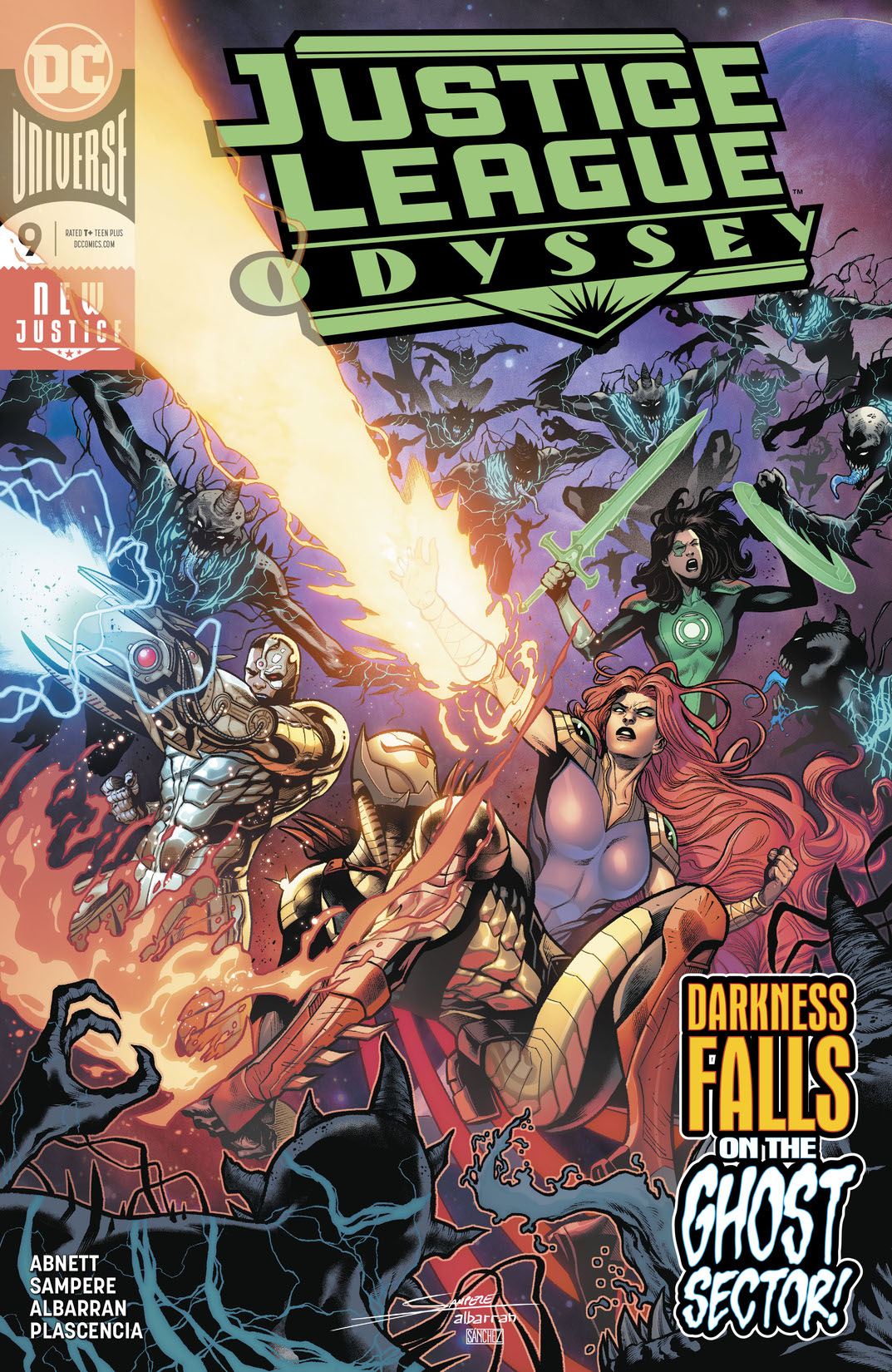 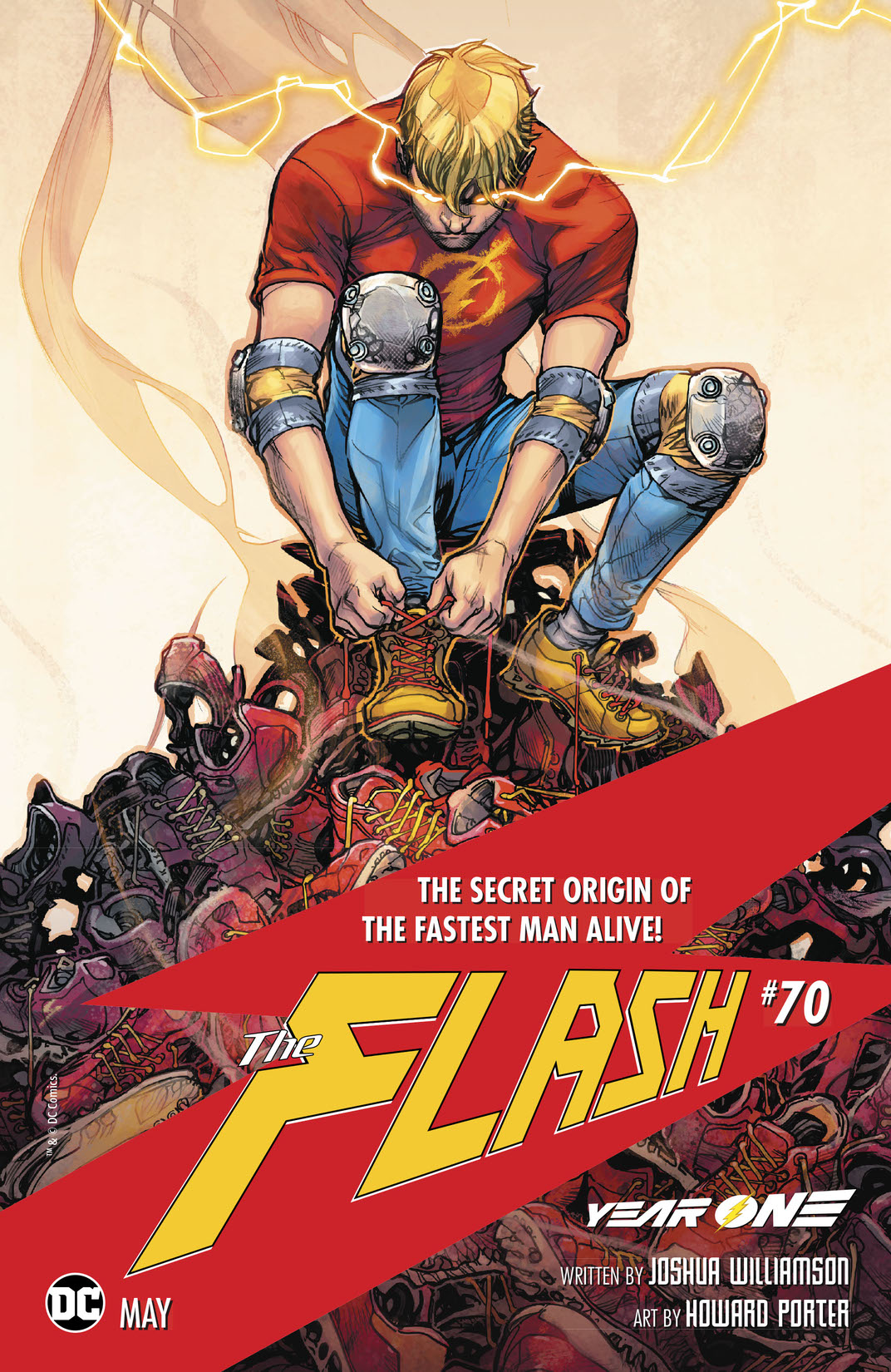 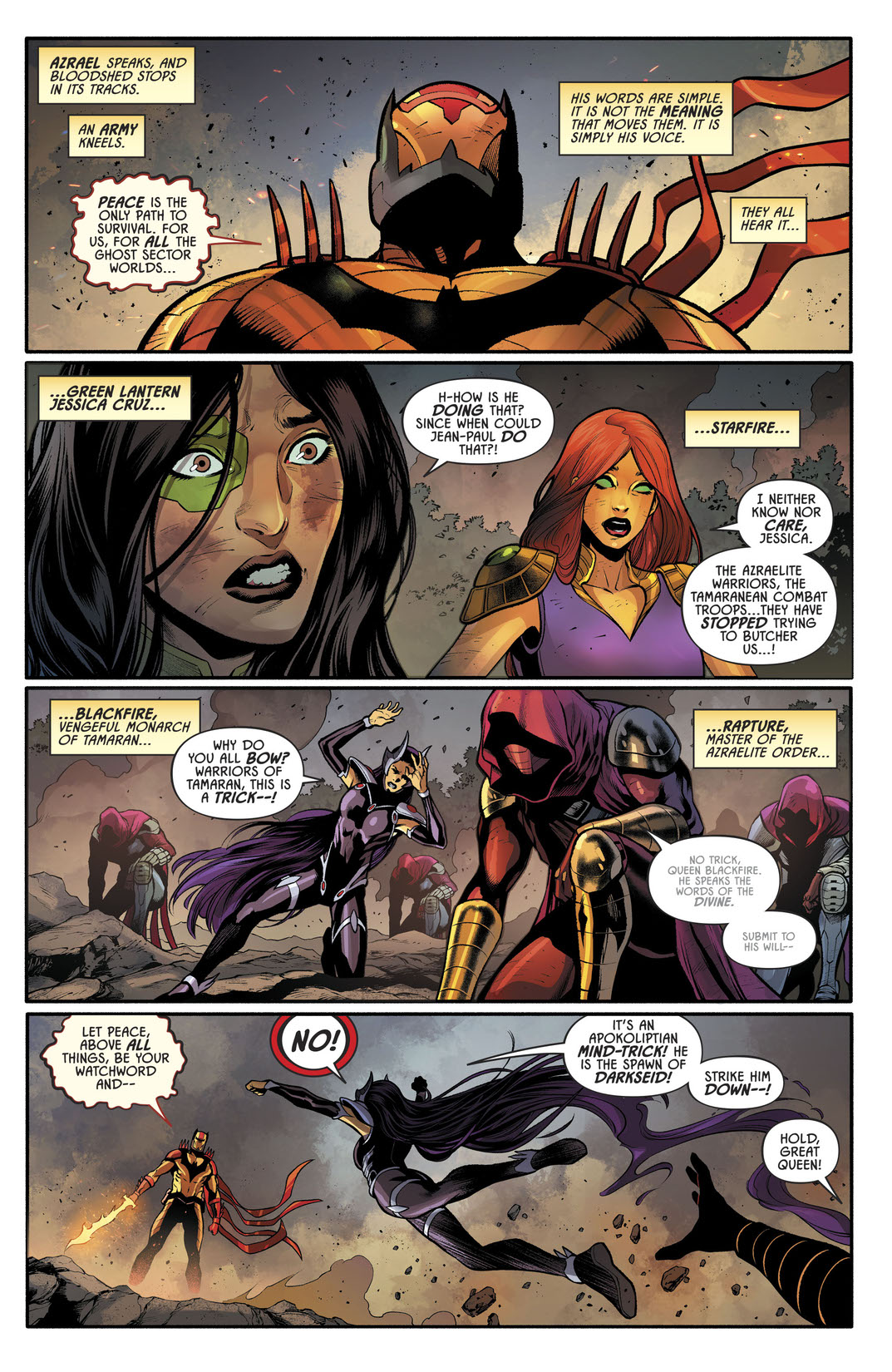 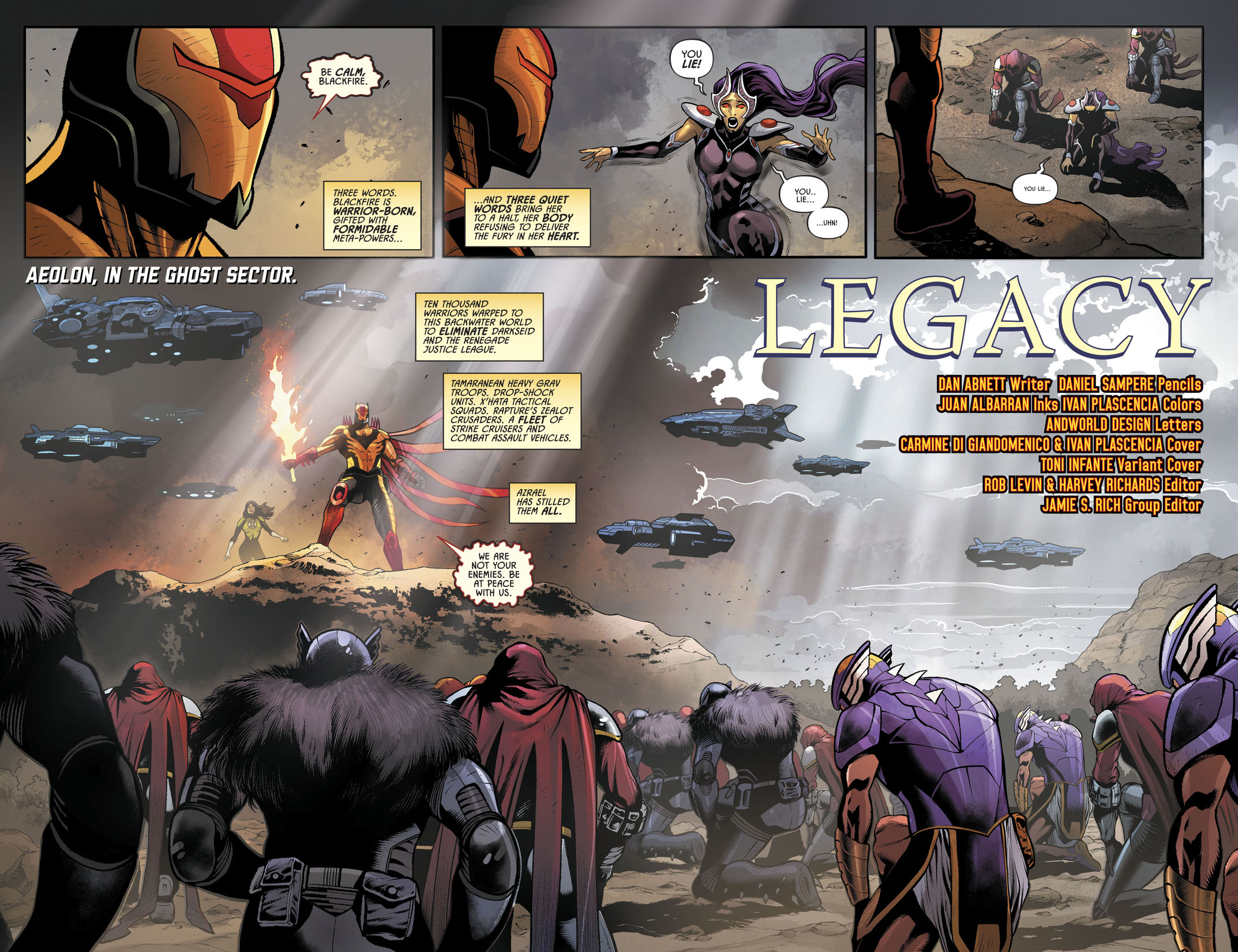 In this issue, Cyborg stands alone against the unstoppable fury of the Eskaton! To save life itself, the rest of his rogue Justice League team of Jessica Cruz, Starfire and Azrael must stand with the greatest evil in the Multiverse--and that means battling everything the feral Ghost Sector can throw at them. The fate of the Ghost Sector hangs in the balance, but has the Odyssey team picked the right side?