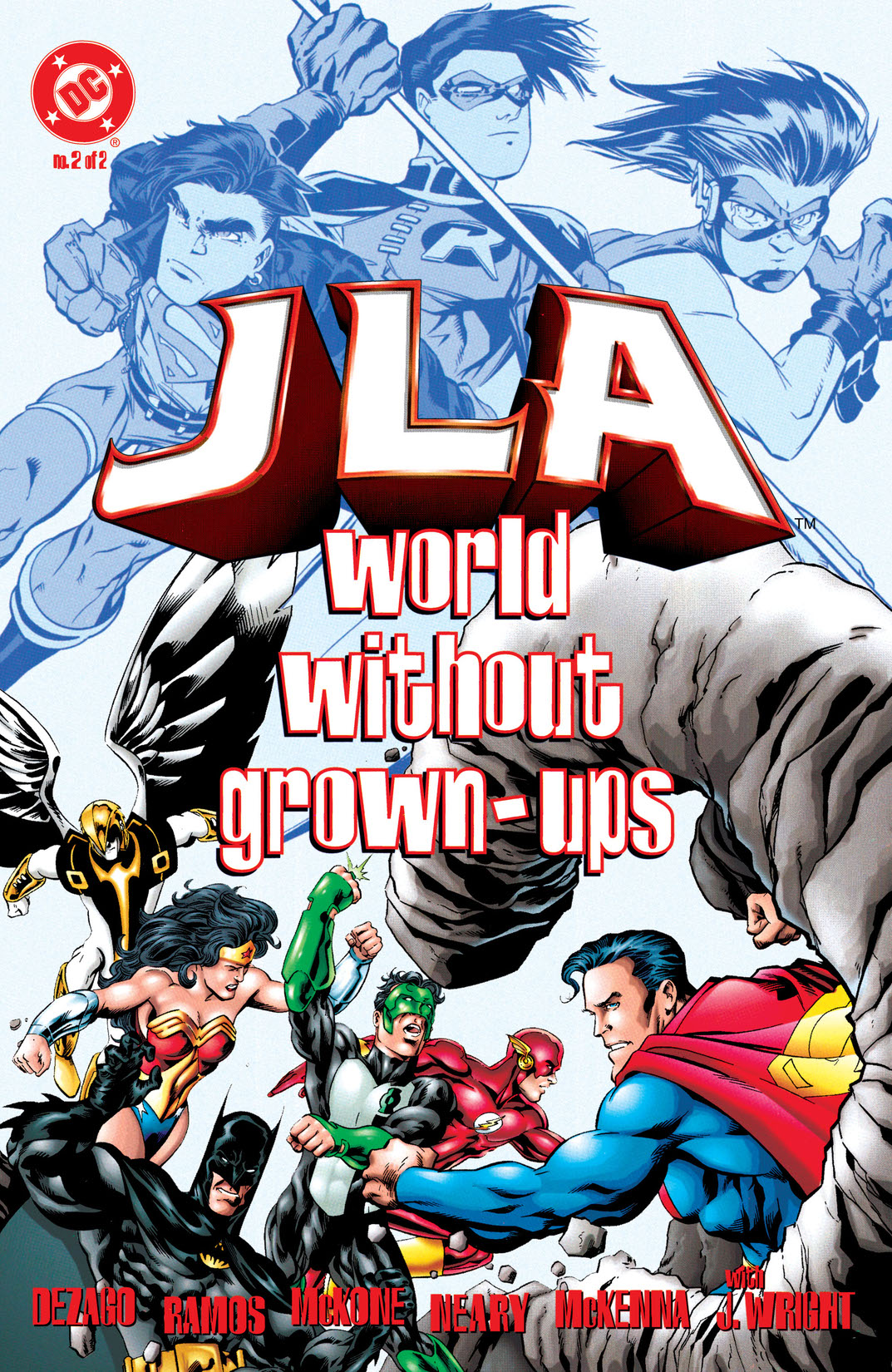 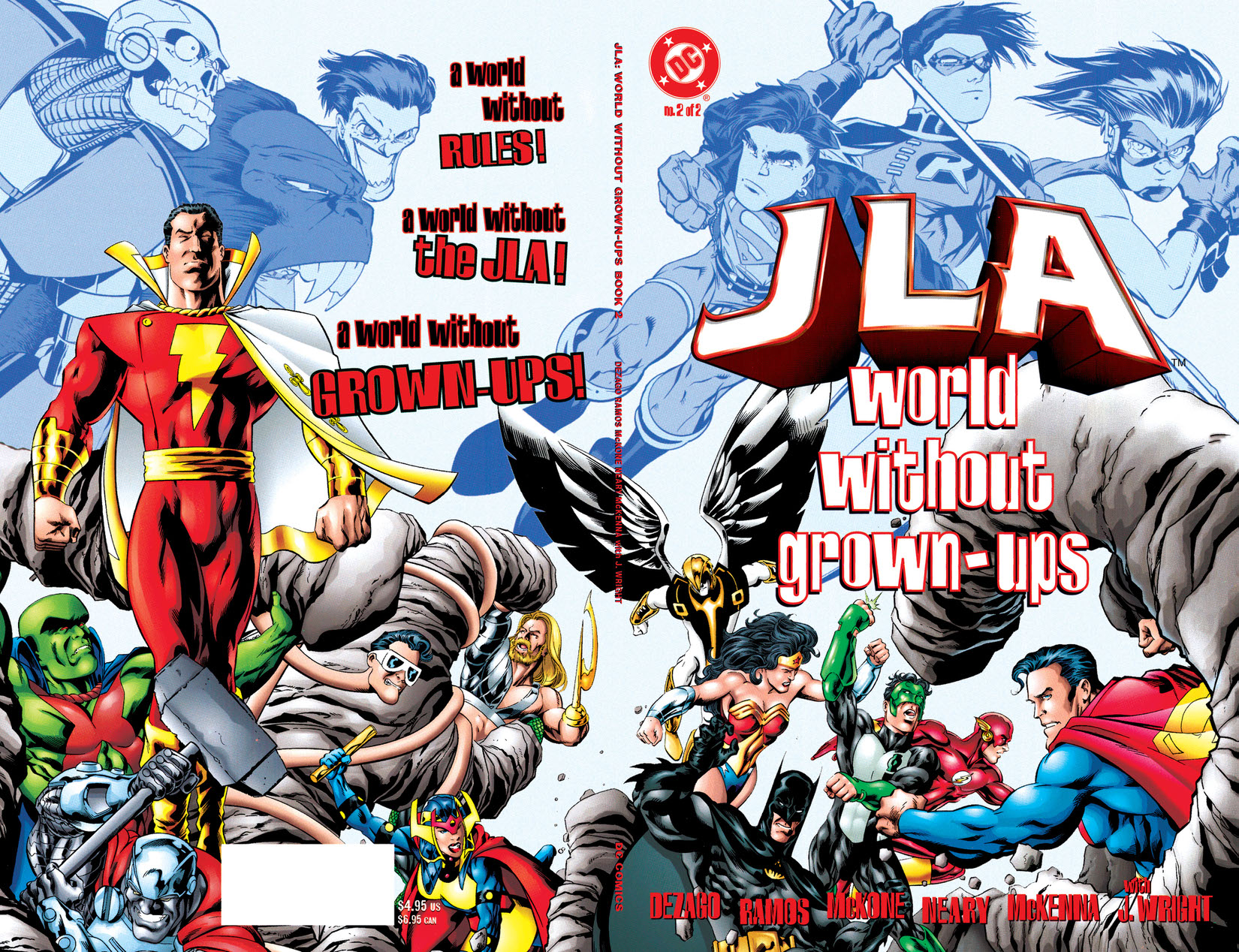 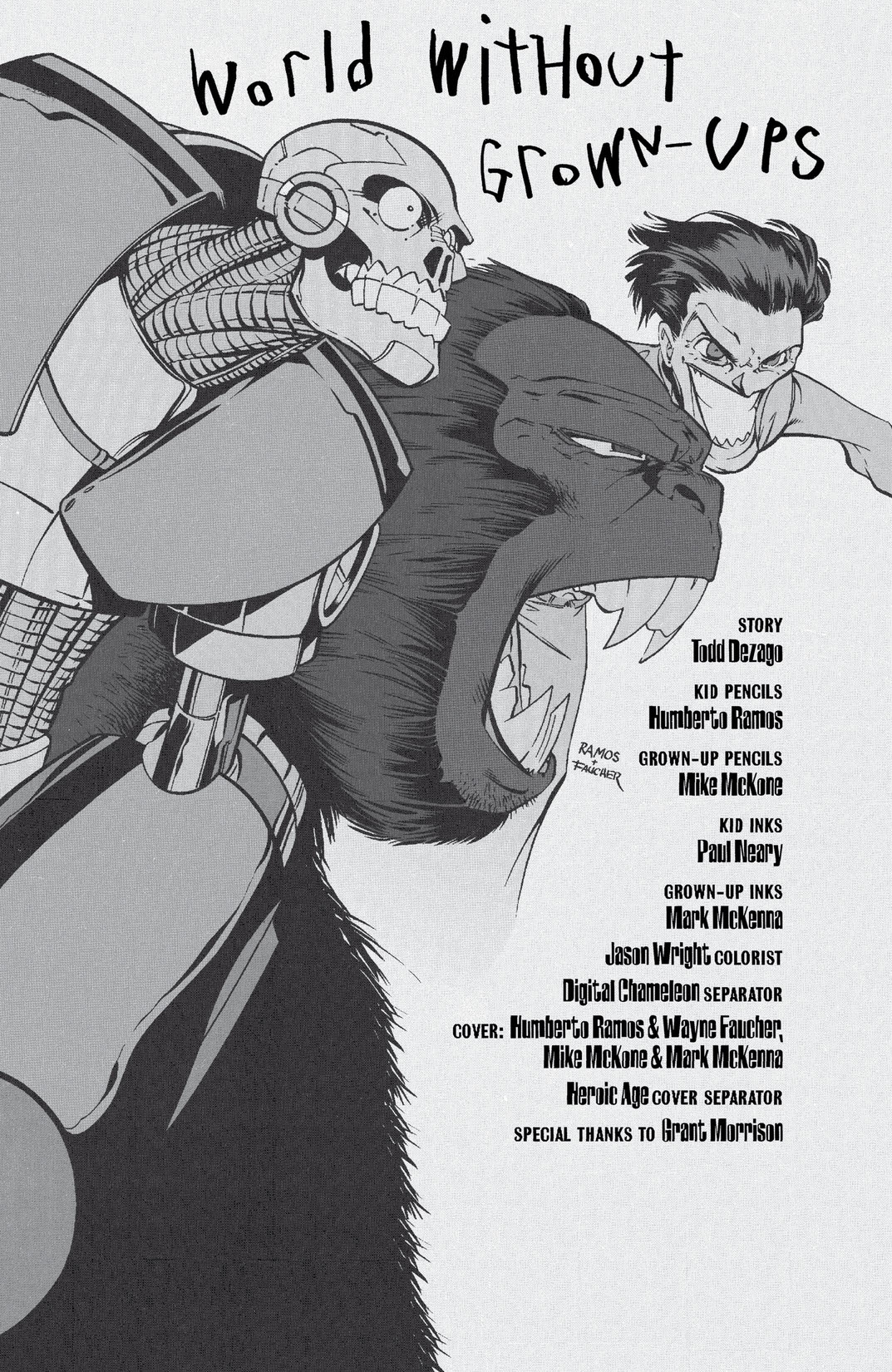 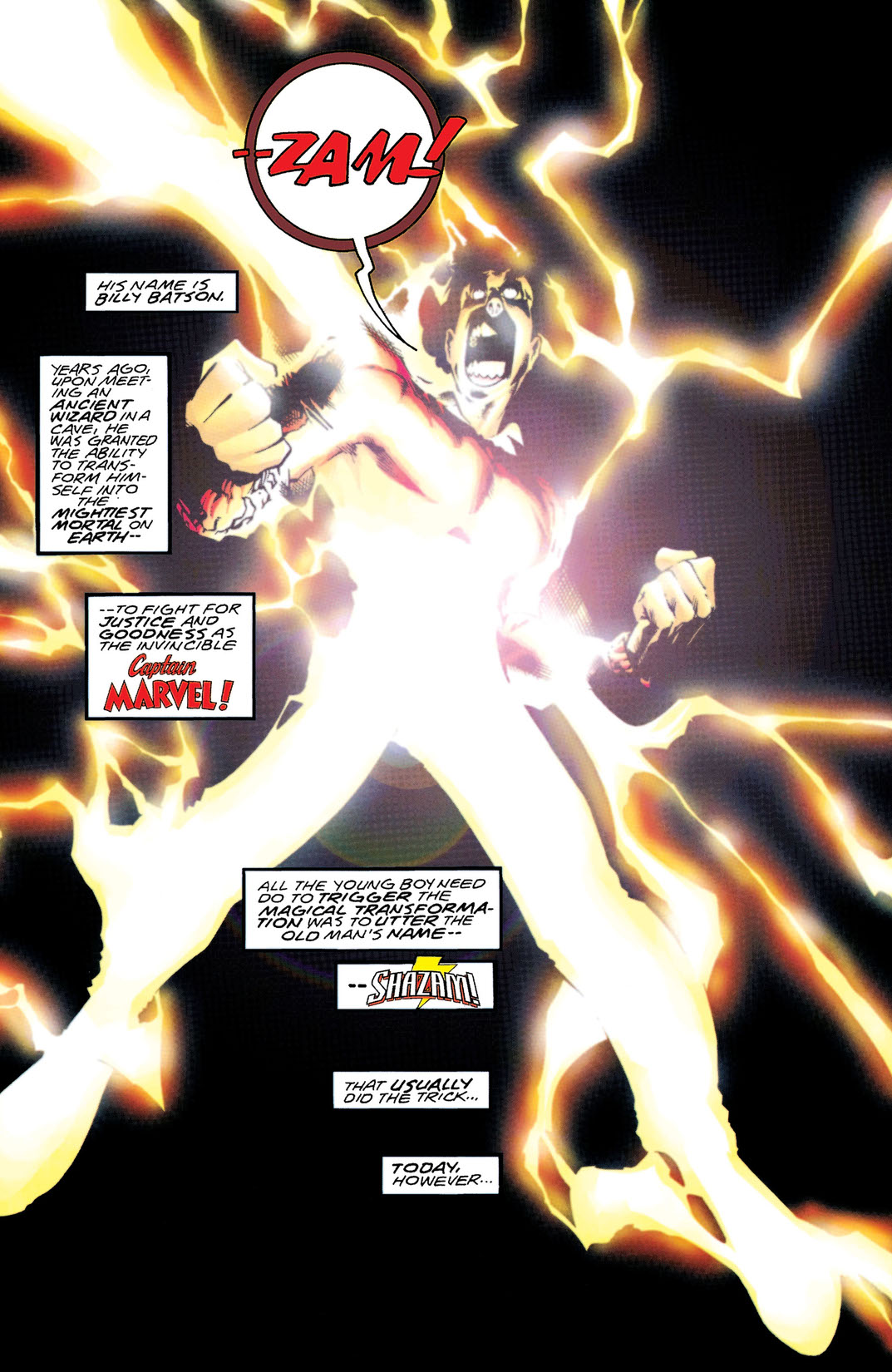 The heroes of the DC Universe find themselves separated by a mysterious force in the conclusion of the miniseries that introduces DC's newest super-team, Young Justice! Having said his magic word, Billy Batson is lightning-bolted to the AdultWorld, but much to his surprise he has not been transformed to Captain Marvel. On KidWorld, Robin, Superboy and Impulse go after the cause of all their troubles, the kid villain Bedlam. He's using the JLA's original cave headquarters as his stronghold, and to keep the youthful heroes away, he's using junior versions of the Joker, Metallo and Gorilla Grodd as guards. The JLA can't help the kids, and if the kids don't win, the two worlds will remain permanently separate. But the scariest thing is that the key to victory may lie in the hands of DC's most reckless youth...Impulse.