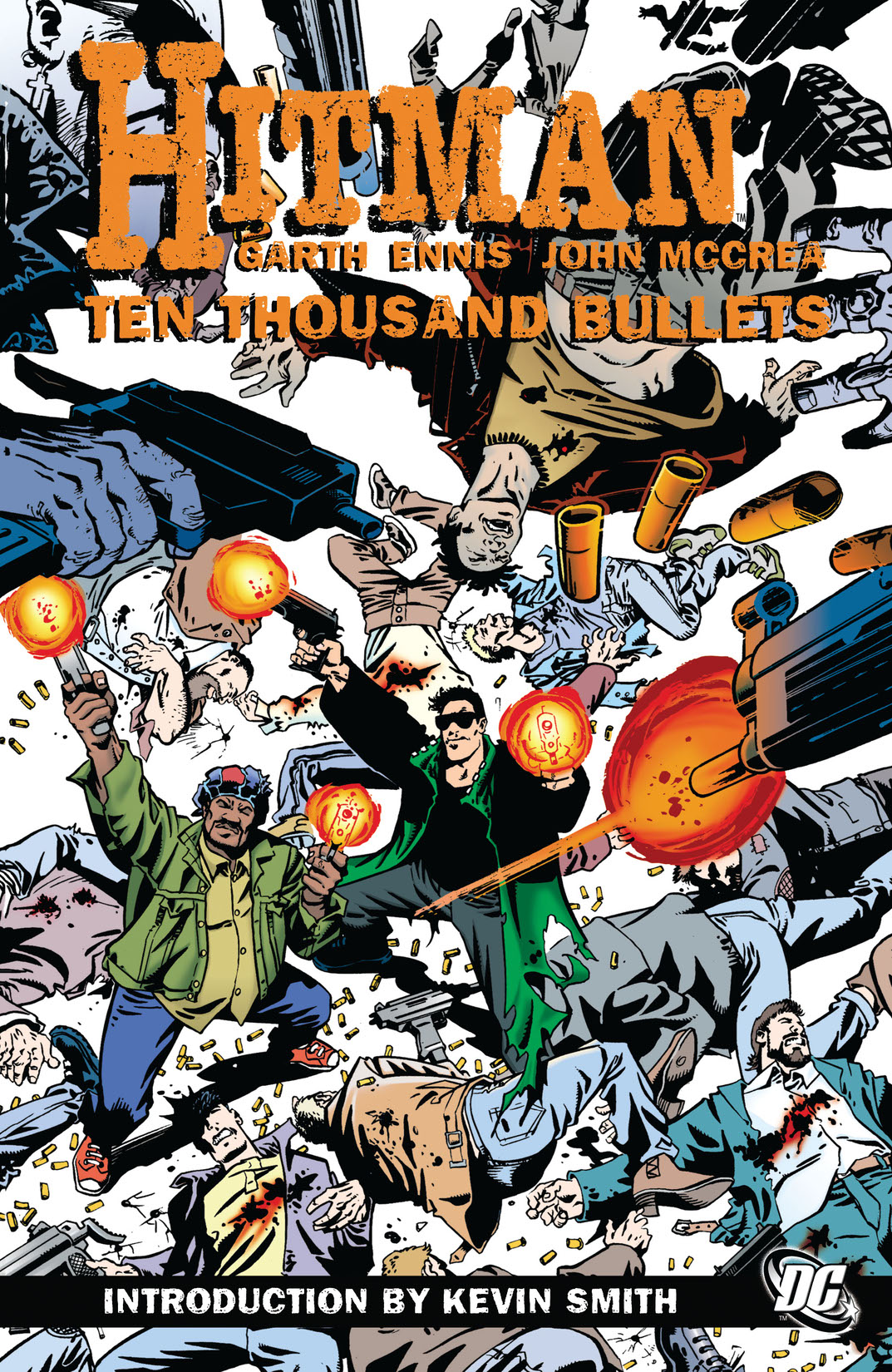 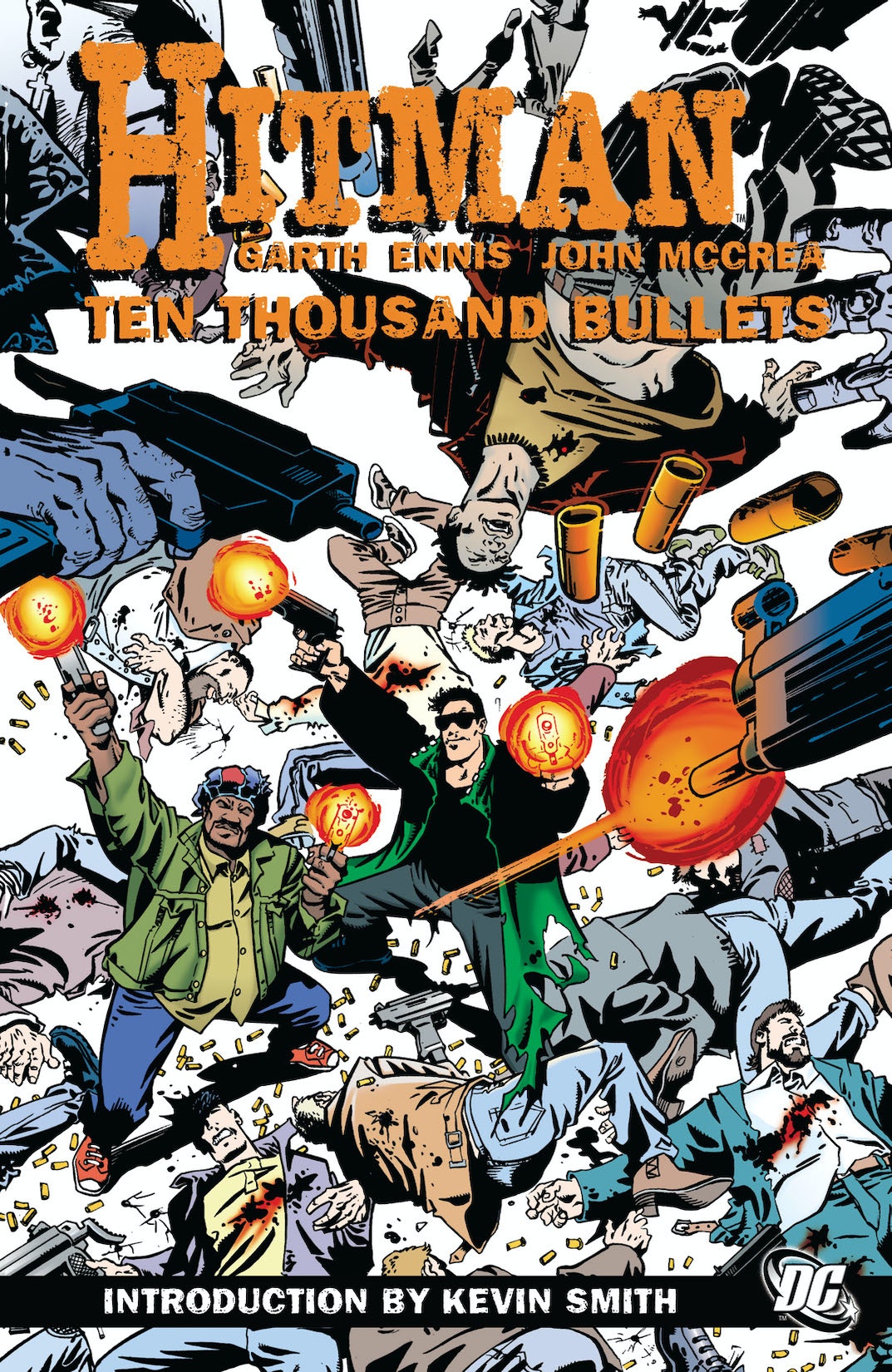 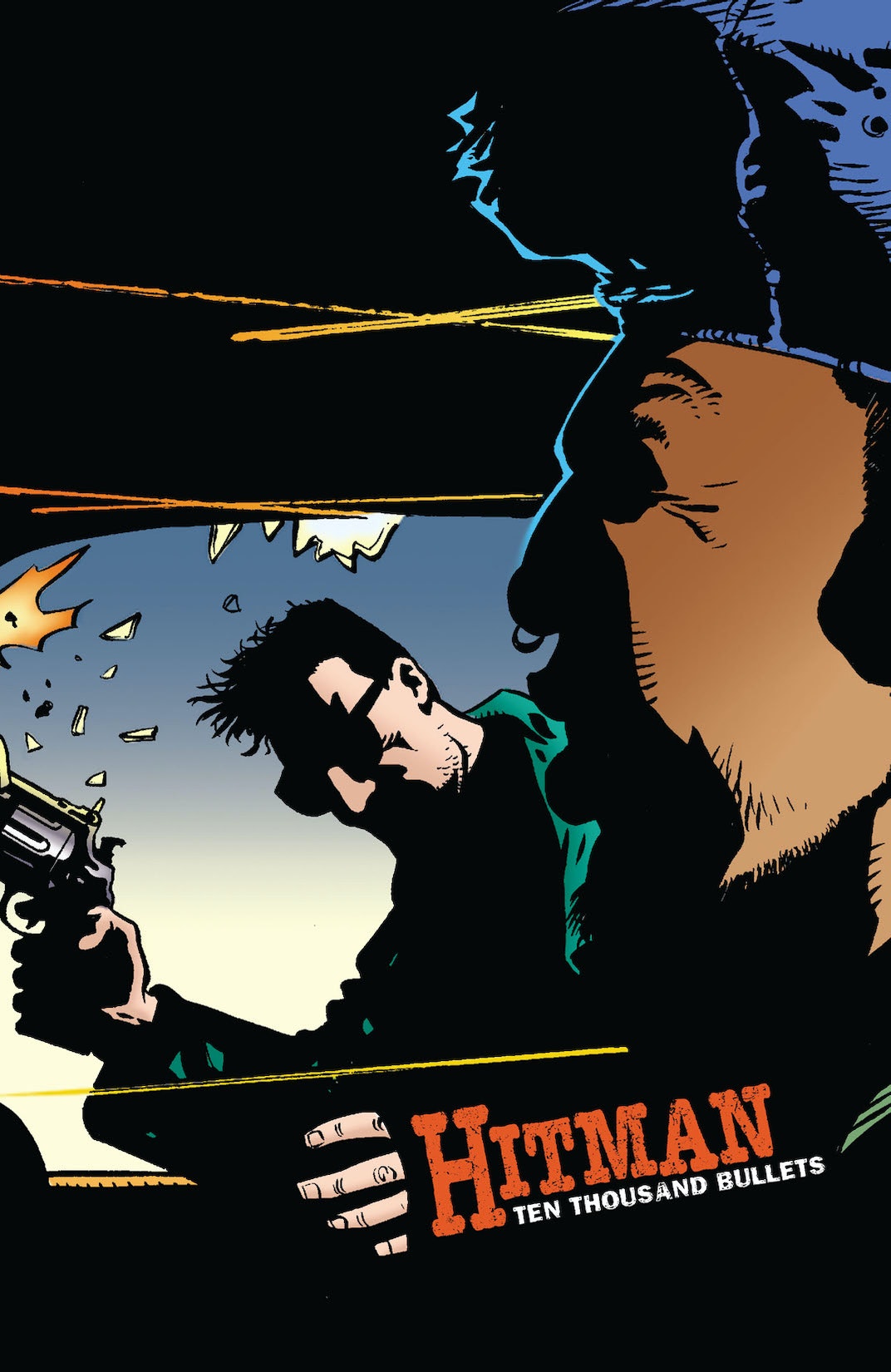 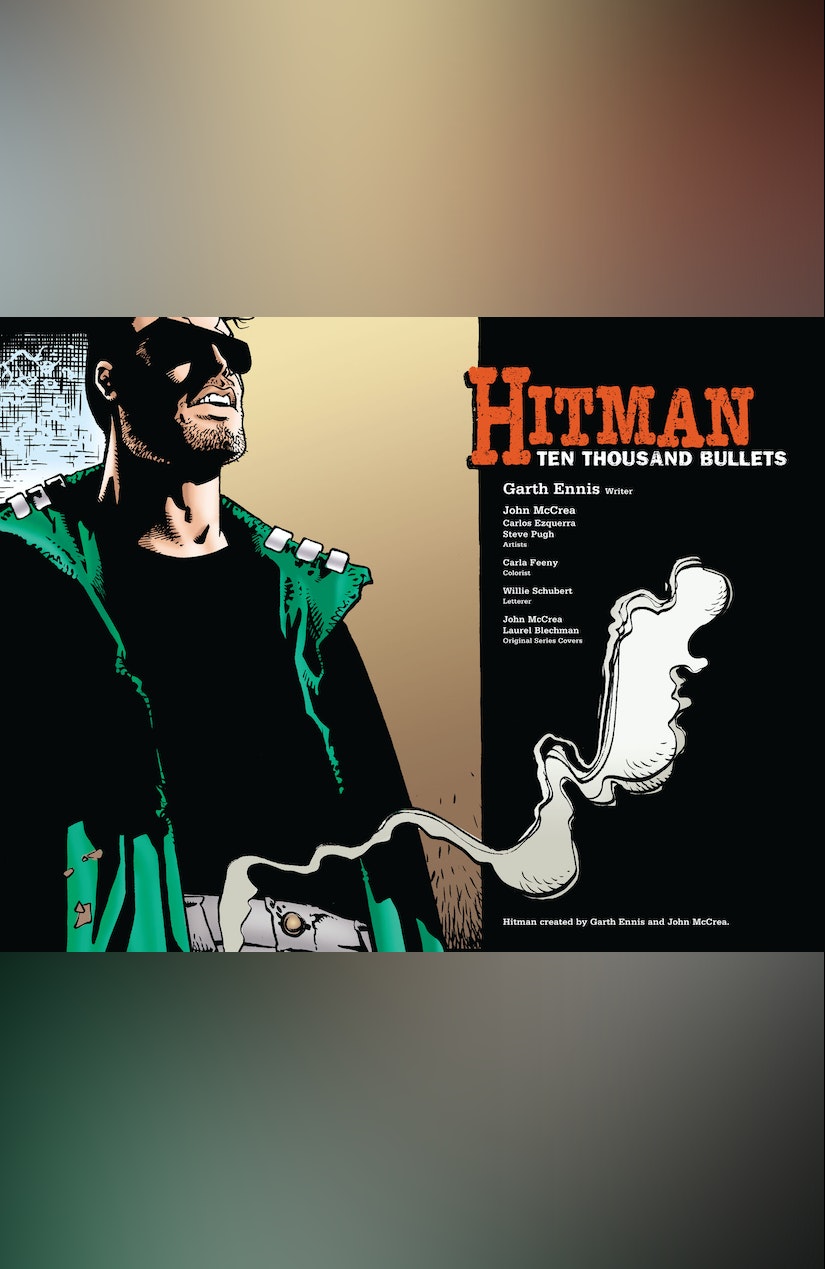 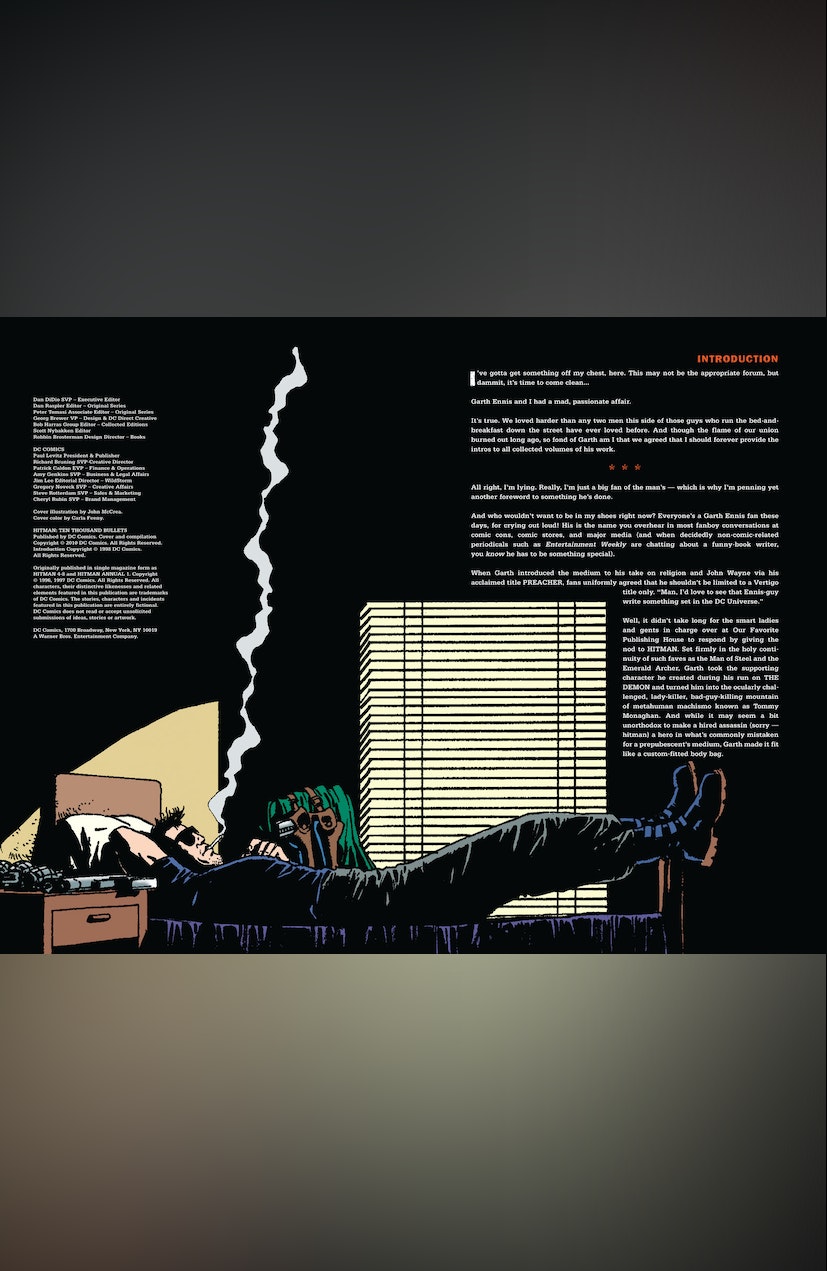 Ex-military operative Tommy Monaghan's adventures as a Gotham City-based Hitman for hire continues. In HITMAN: 10,000 BULLETS, Monaghan uses his powers of telepathy and x-ray vision to survive an all-out attack on him and his friends. Then, a vindictive mob boss from Tommy's past puts a contract out on him. With his friends caught in the crossfire, Tommy must find a way to take out the hired assassin and exact retribution against the mafia head. But even with his extrodinary powers, the Hitman may find that a trained killer and a mob army is just too much for one man.