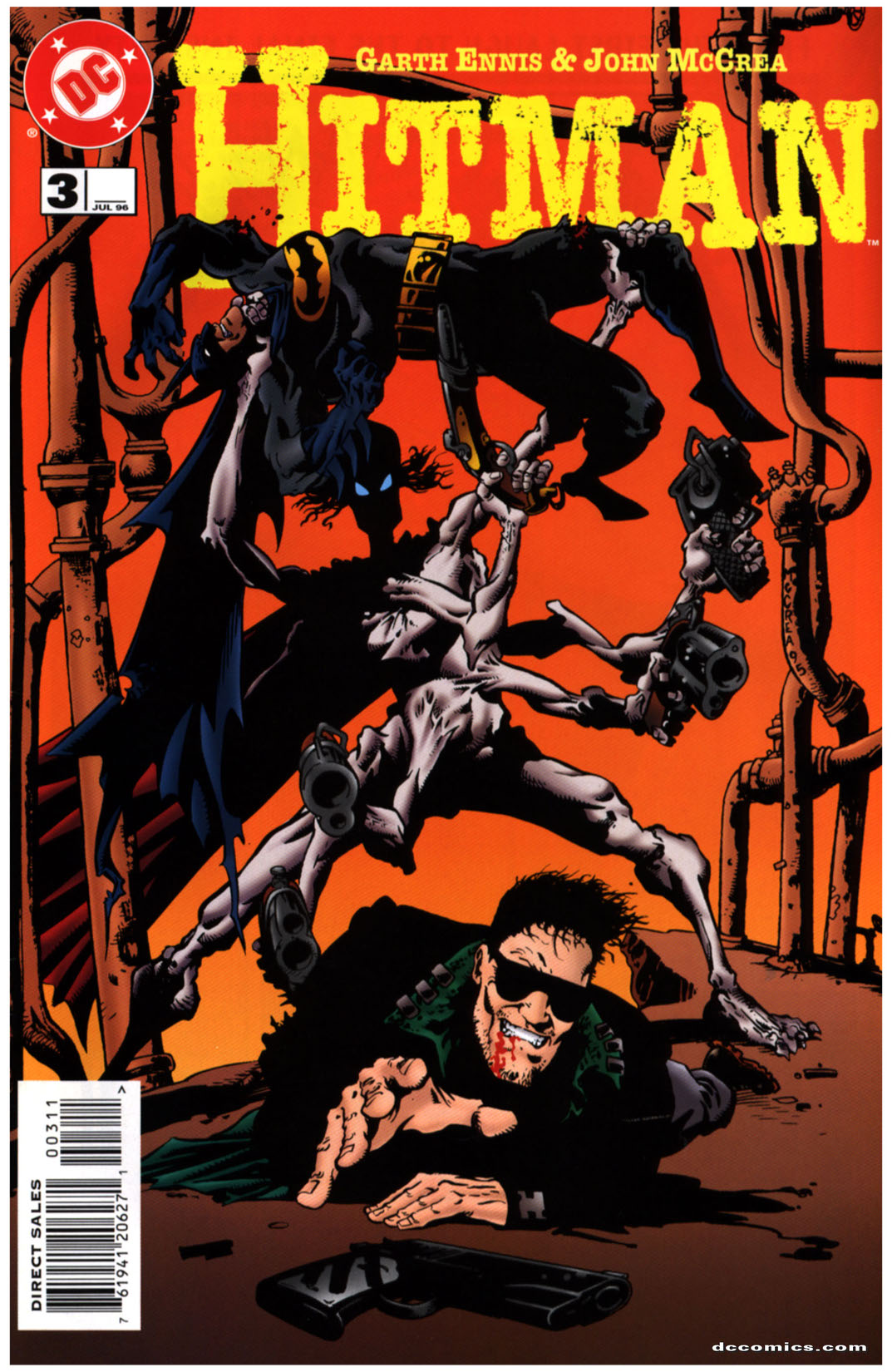 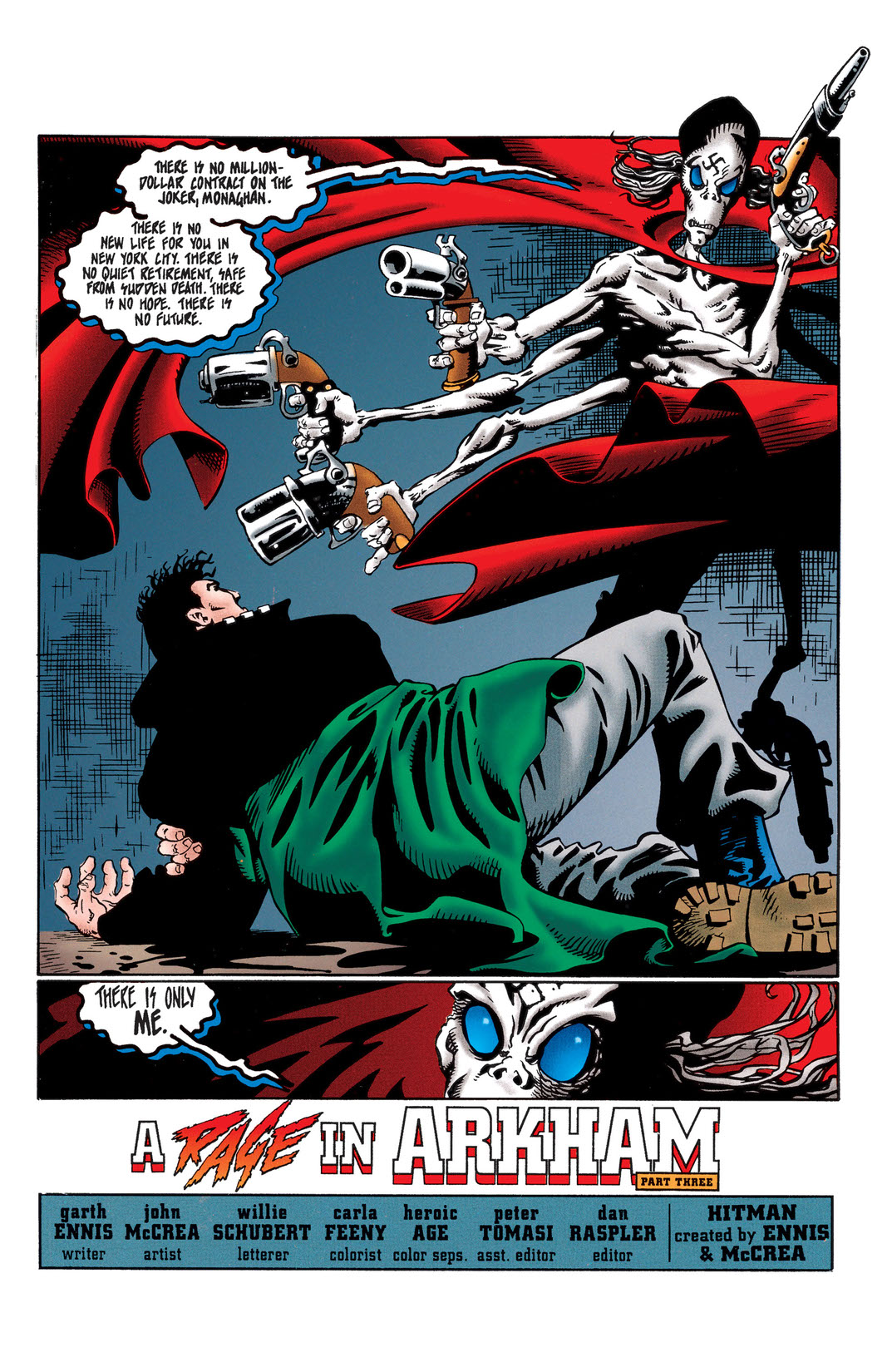 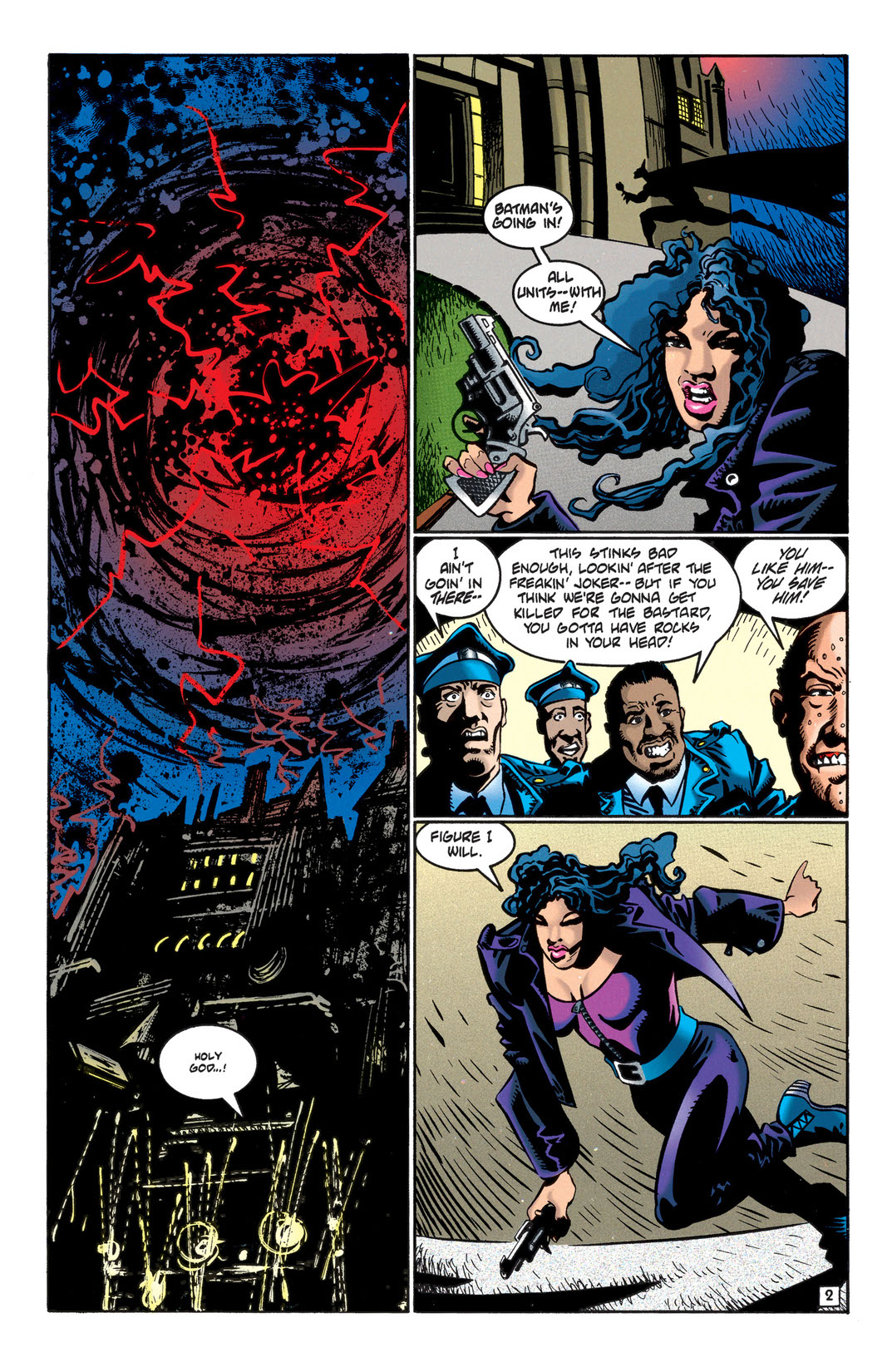 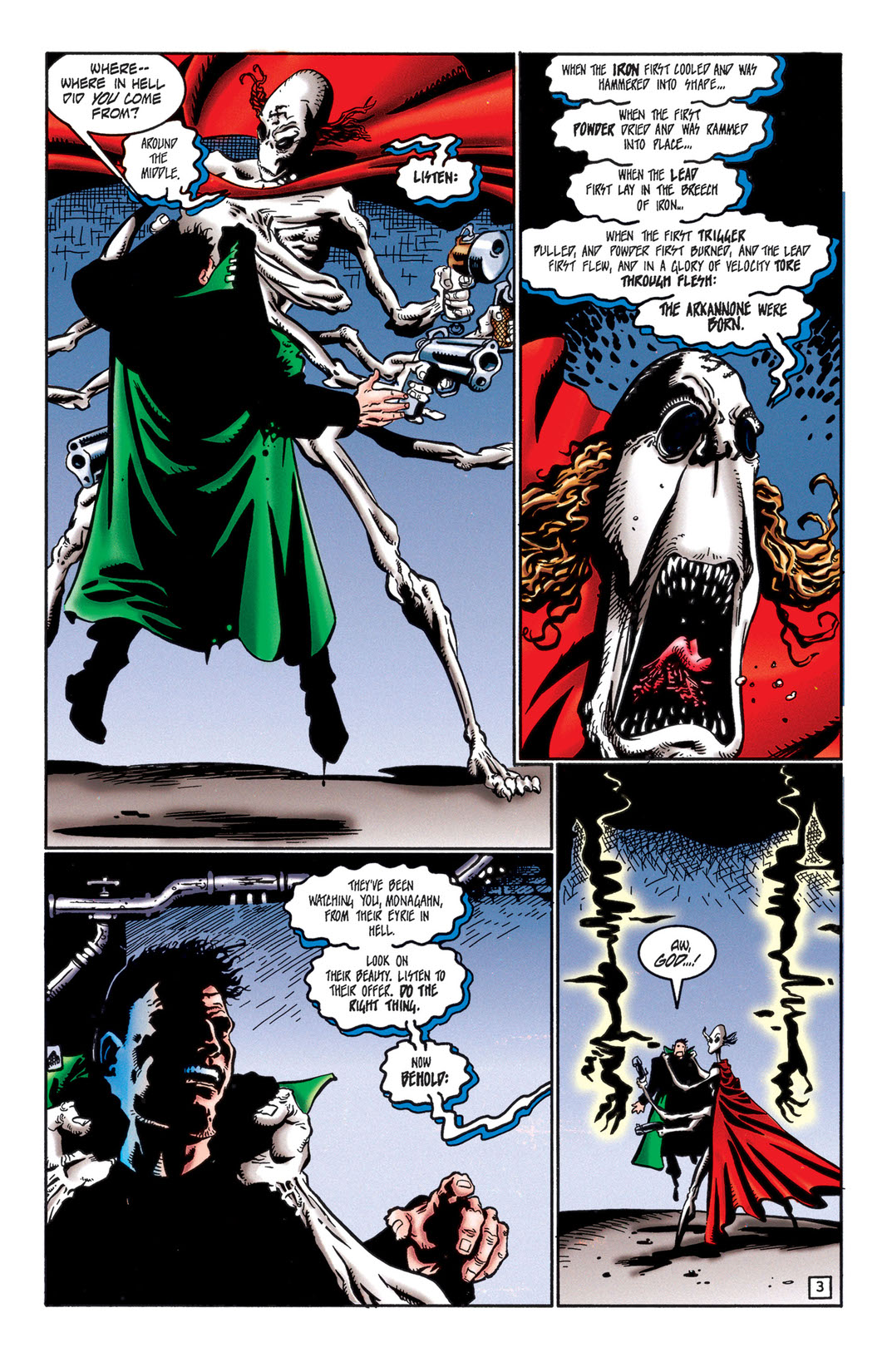 All hell breaks loose as Hitman realizes too late that his assignment to execute the Joker was a setup: the Mawzir, a gun-wielding demon, is closing in to recruit Tommy Monaghan as an assassin for the Arkanonne, two bullet-ridden demonlords. Meanwhile, Batman is on Hitman's tail as well...and the Dark Knight may be an even bigger problem for Monaghan than going to hell.