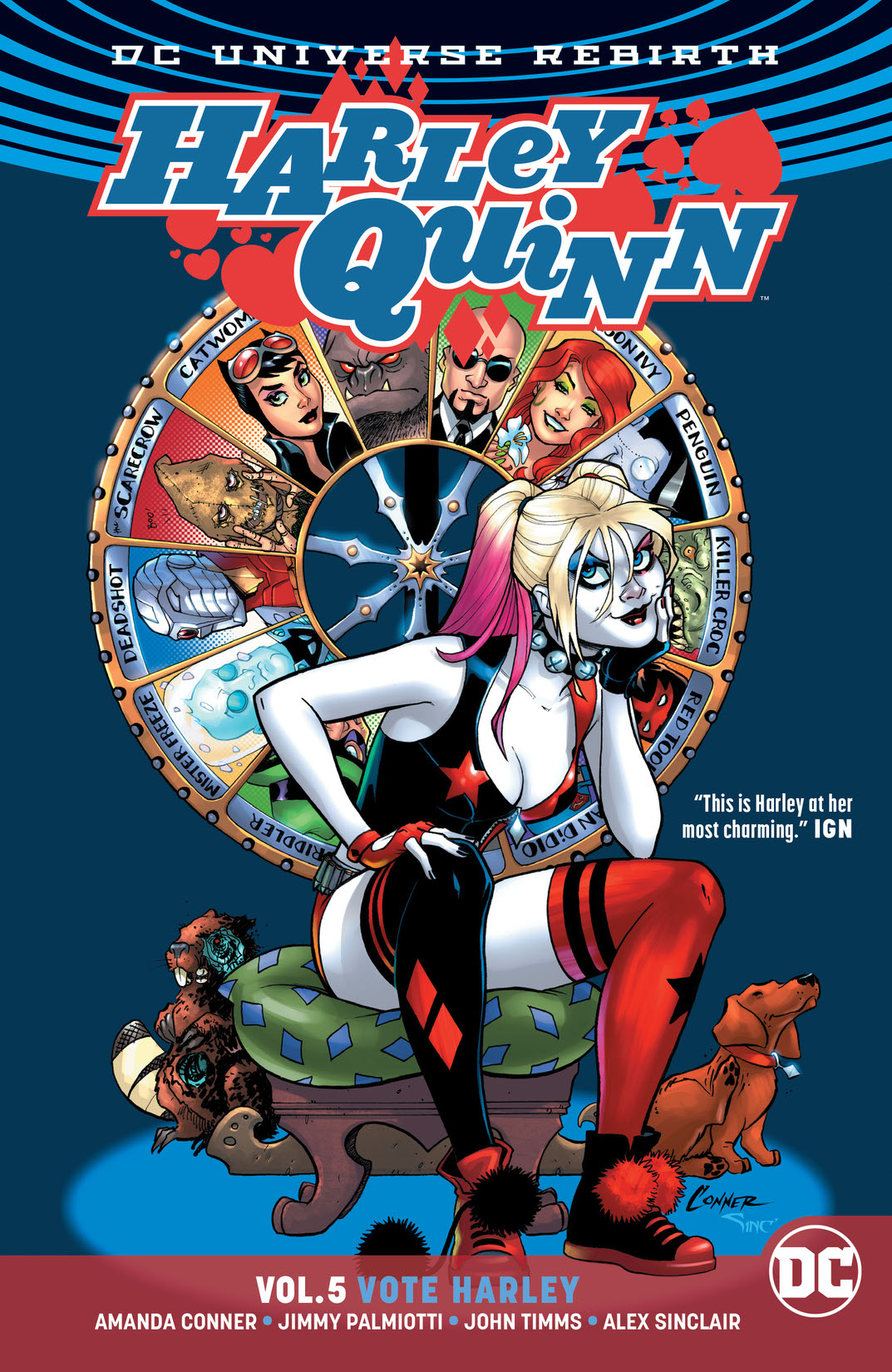 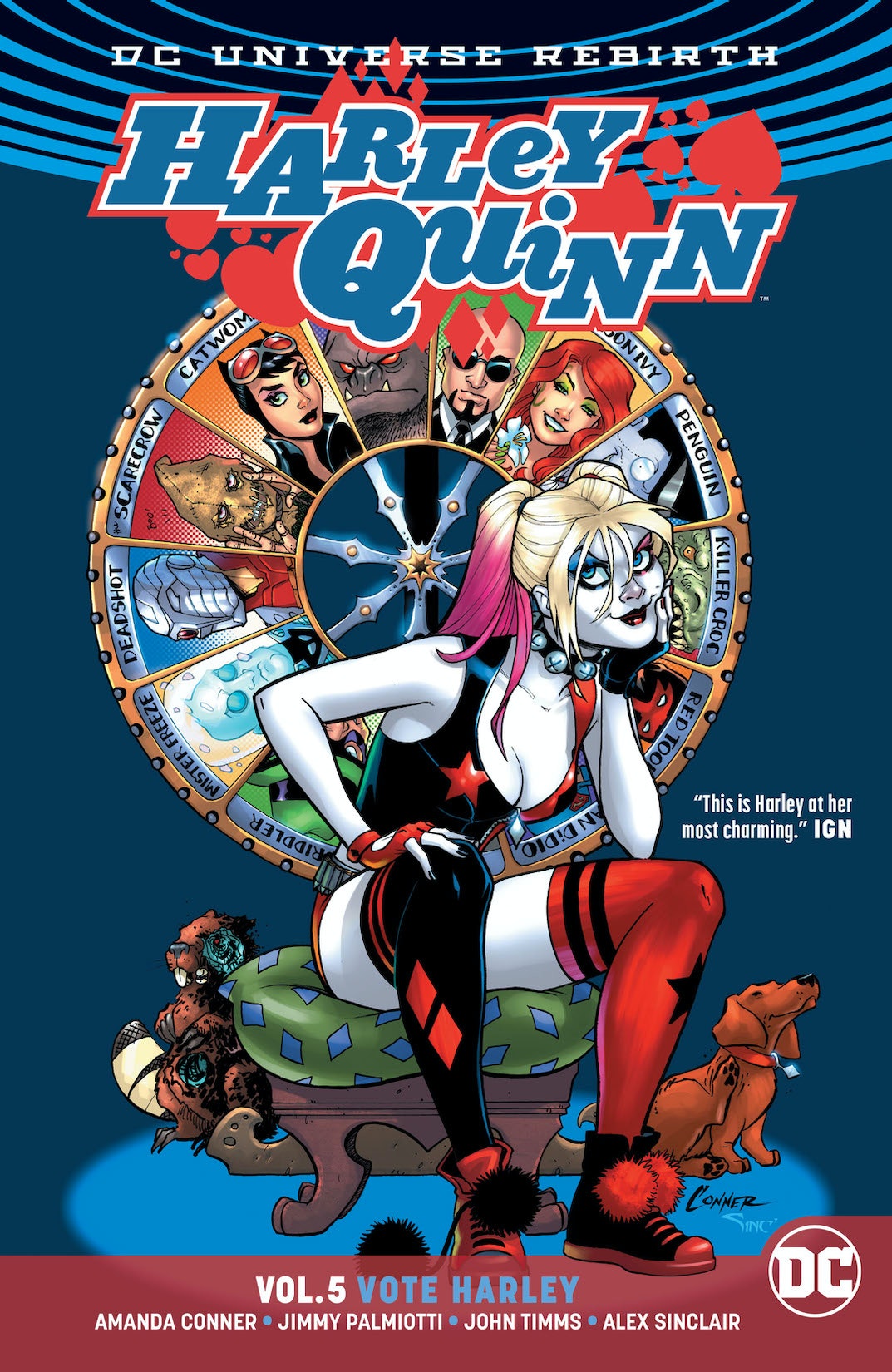 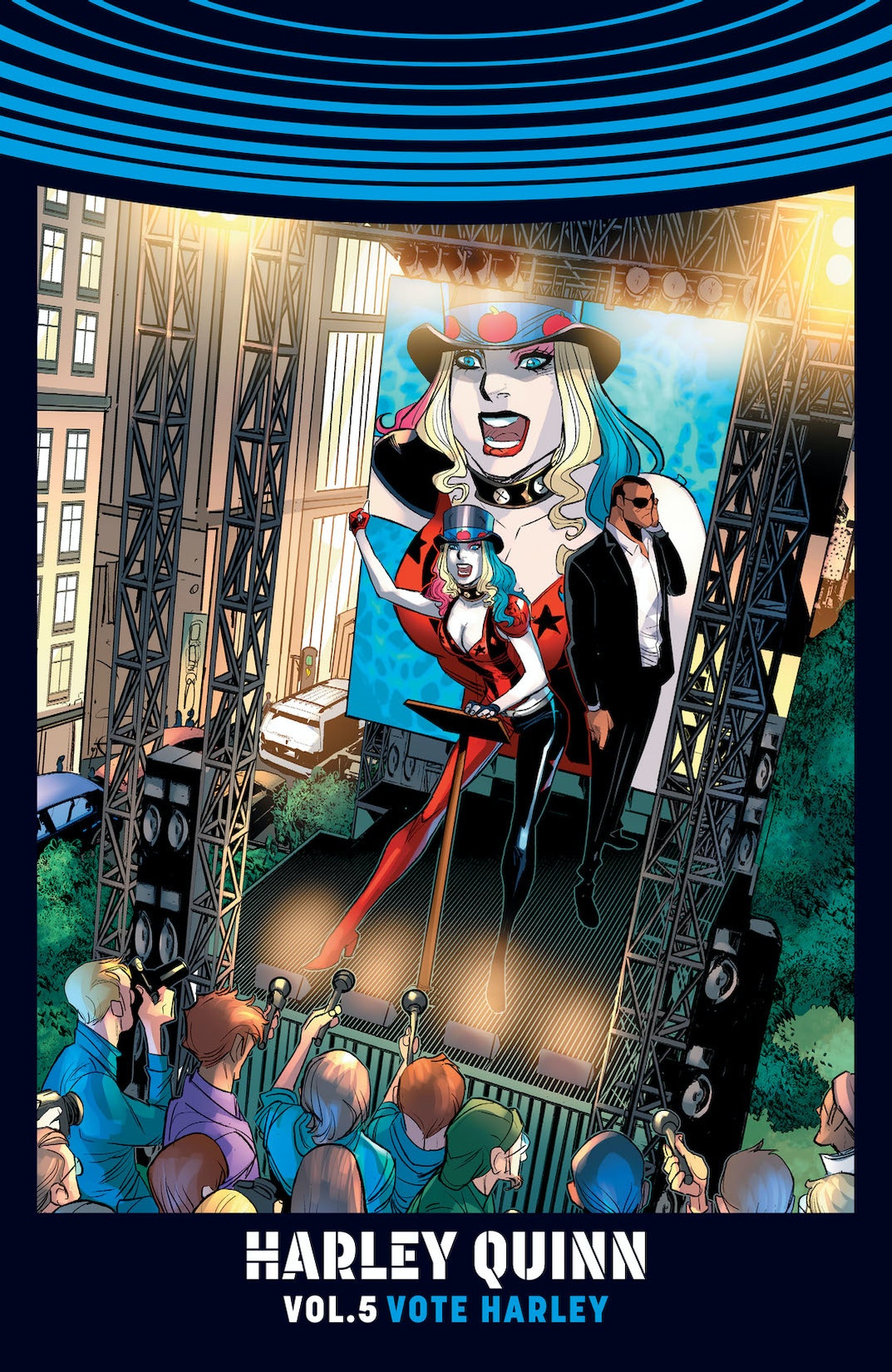 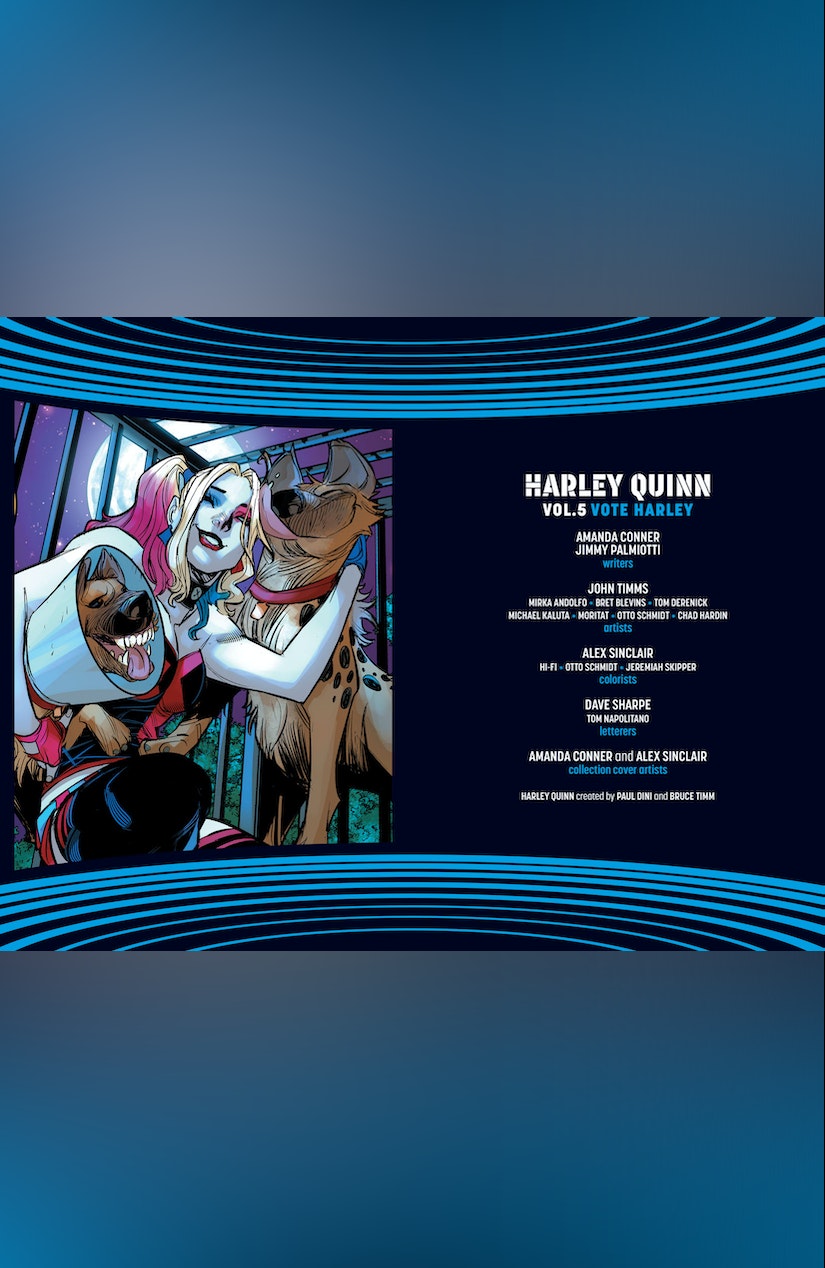 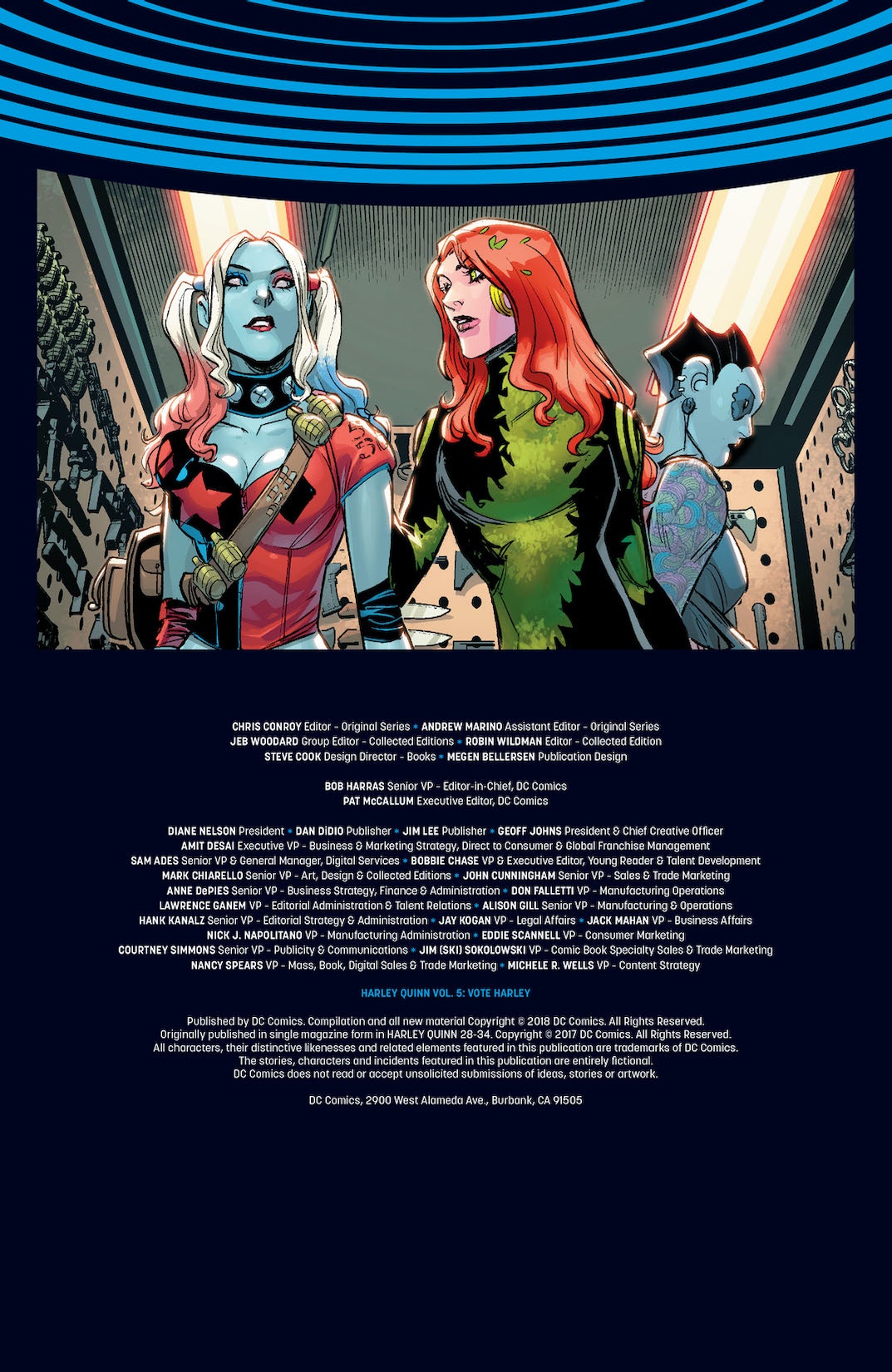 Time to hit the polls, New York City. Harley’s on the ballot in Harley Quinn Vol. 5: Vote Harley! If you thought politics were a dirty business already, wait till you get a load of Quinn! Ever since Harley Quinn relocated from Gotham City to the Big Apple, corrupt Mayor DePerto has been a thorn in her side-and a knife in her back, and a bullet in the face, and a mallet to the noggin. But our favorite reformed super-villainness isn’t taking this lying down. She’s taking her battle to the ballot box and running for Mayor of New York City herself! But if Harley wants to really rock the vote, it won’t be easy. She’ll have to call in favors from friends and foes alike, including some of the nastiest bad guys in Batman’s rogues gallery. And from her gal-pal Poison Ivy to her old frenemy the Penguin, everyone’s taking sides. It all comes down to the craziest Election Day in city history. Will New Yorkers have to call Harley “Hizzonner”? Or will the power-hungry mayor make her and her supporters pay? Find out in Harley Quinn Vol. 5: Vote Harley-an action-packed tale of democracy in action from Amanda Conner, Jimmy Palmiotti and a national committee of talented artists, concluding the fan-favorite run! Collects Harley Quinn #28-34.