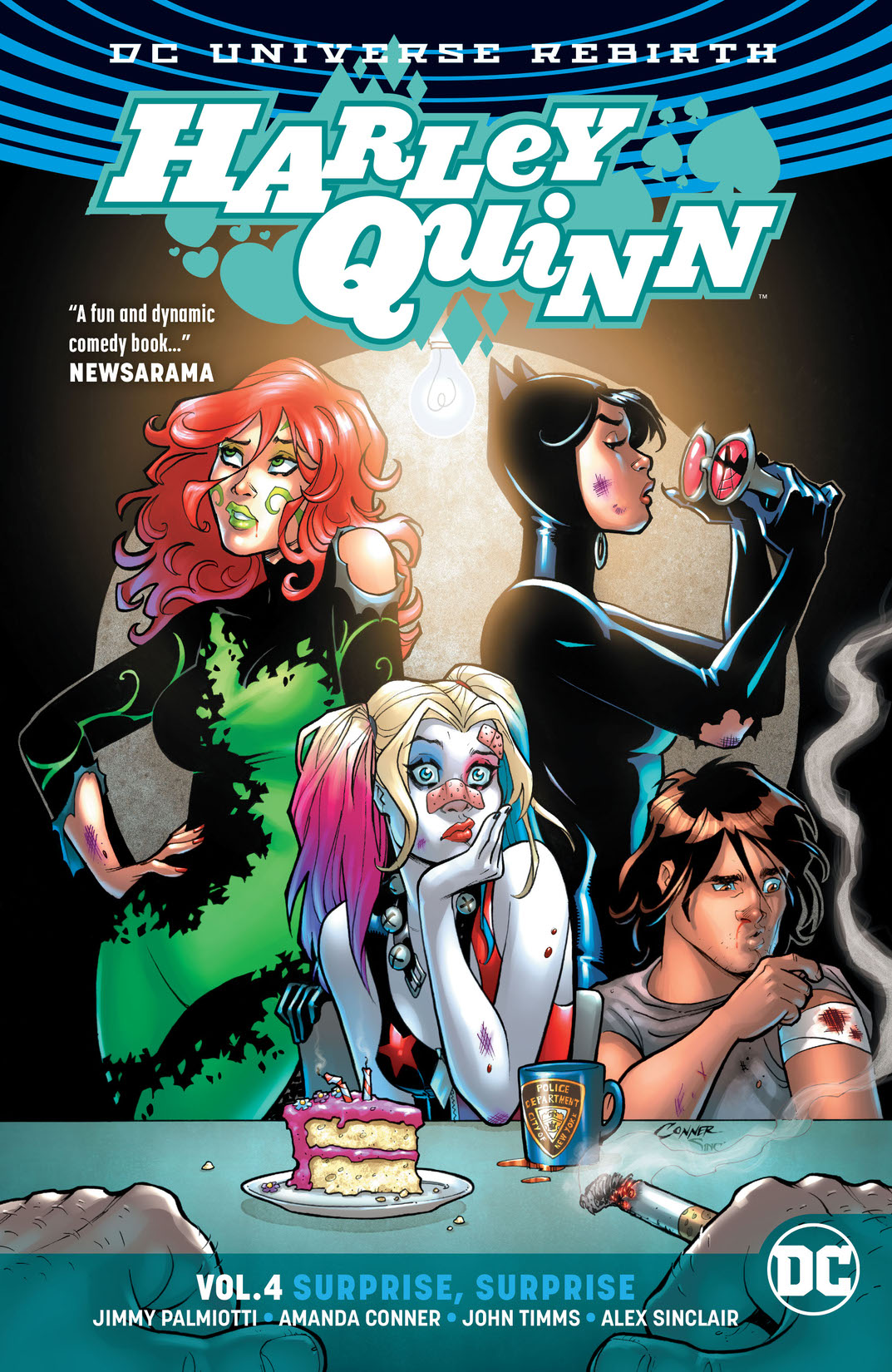 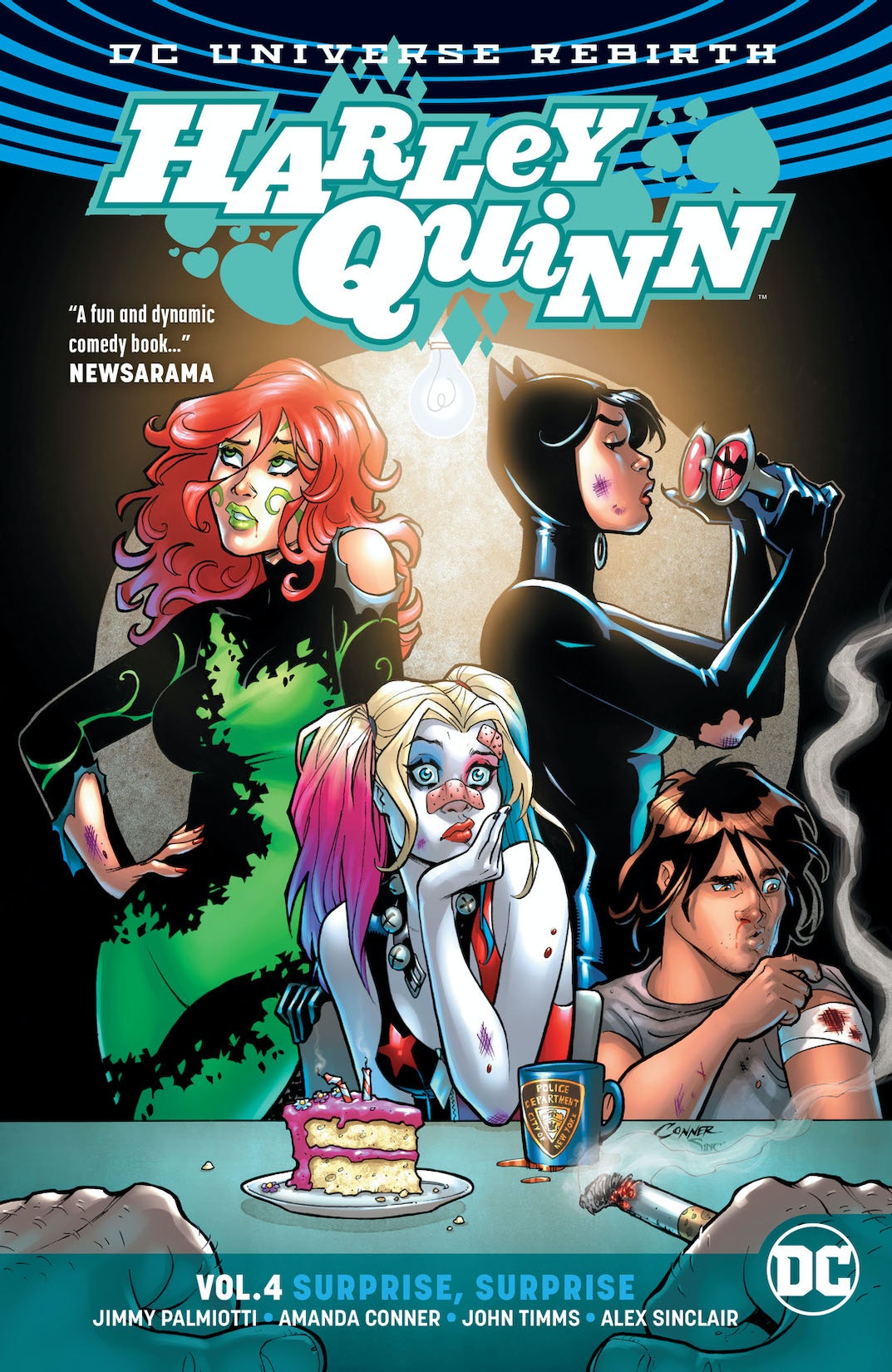 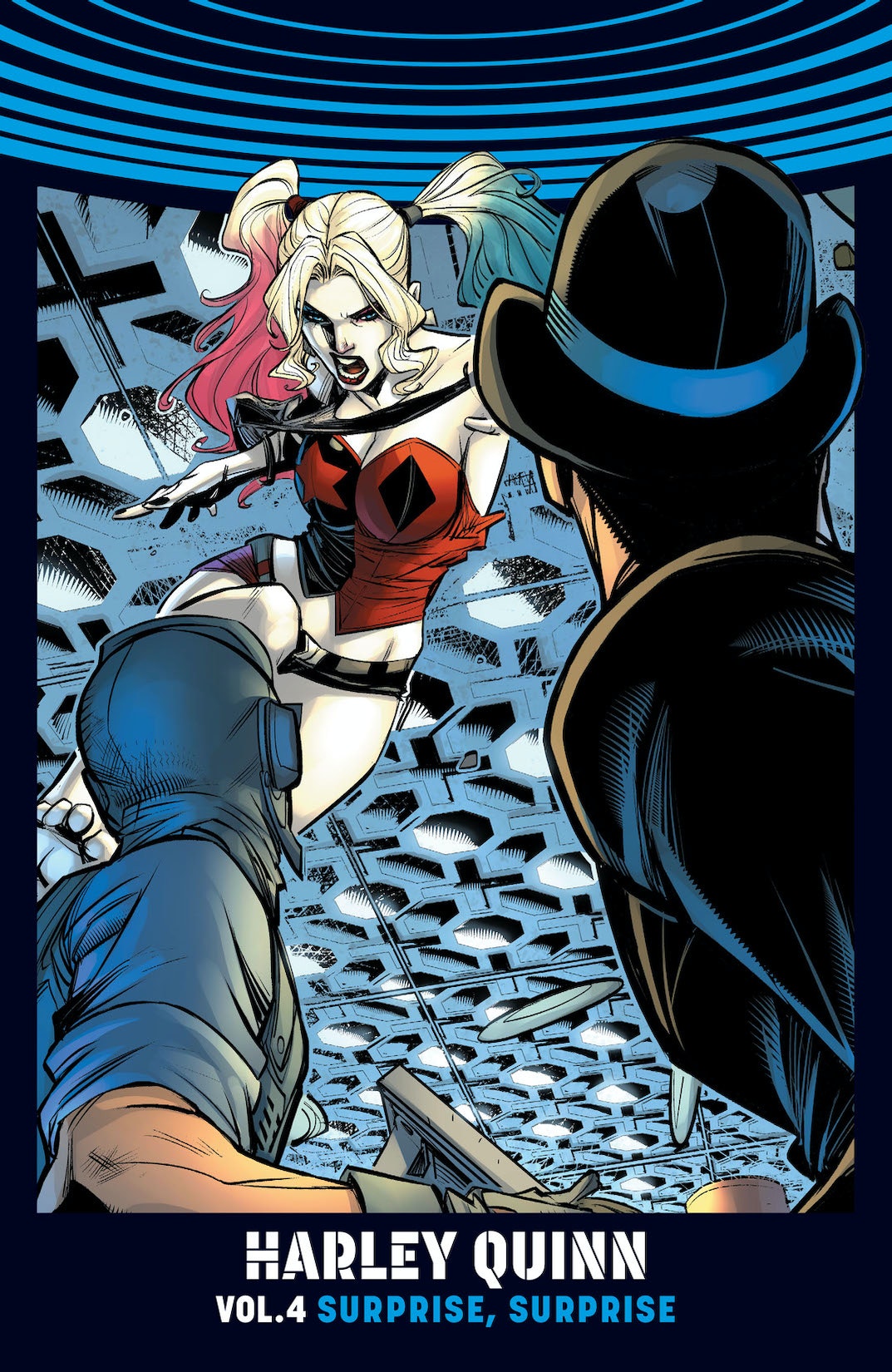 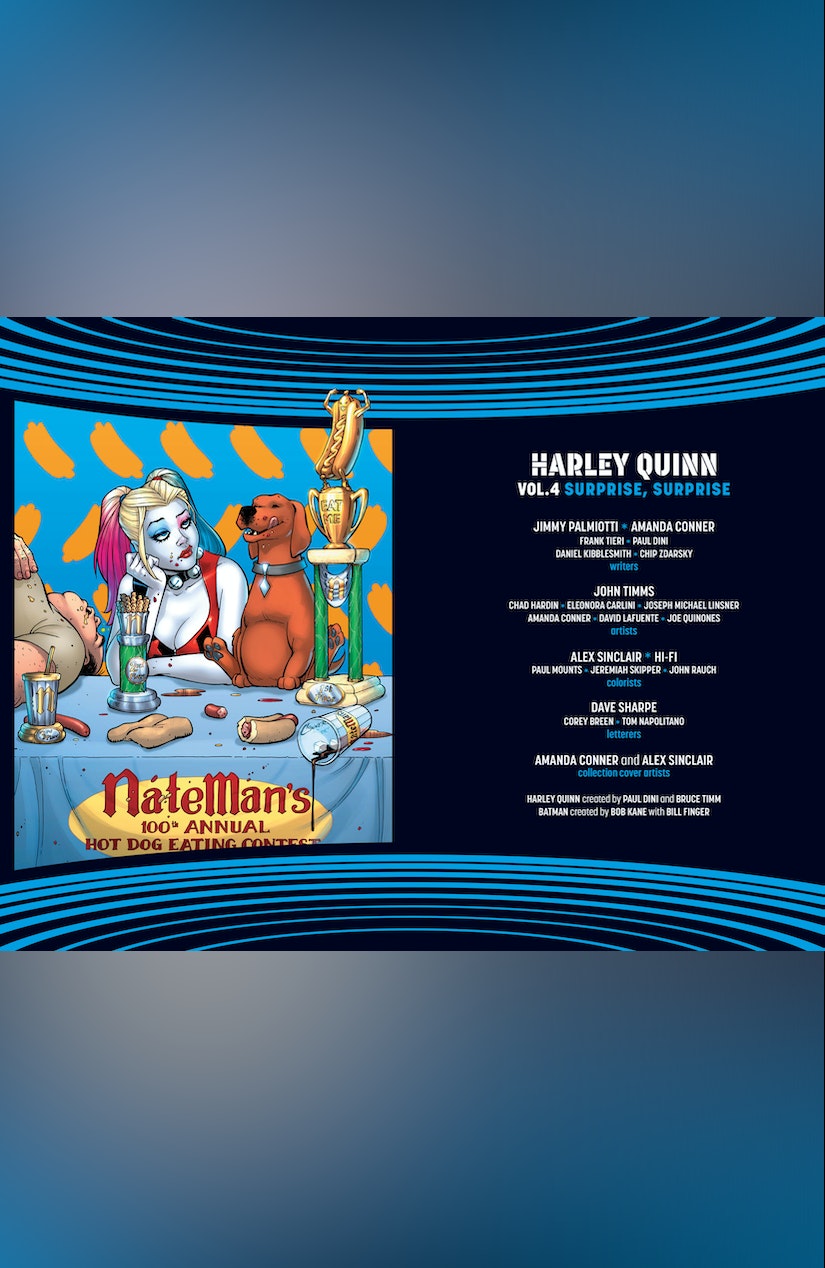 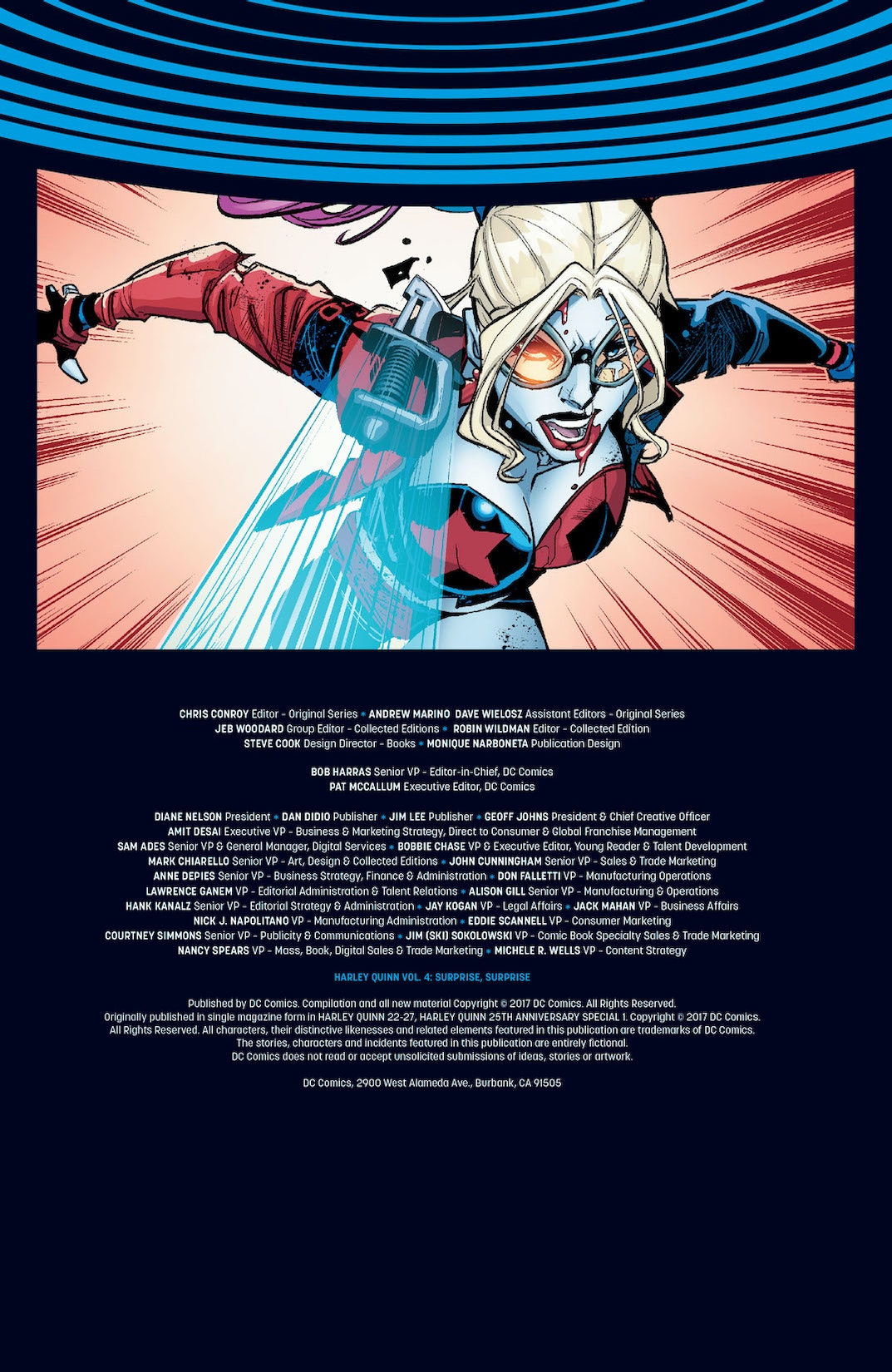 Harley Quinn’s got her own definition of family. The gang of misfits, weirdos and two-fisted freaks she’s assembled in her Brooklyn crash pad are all the family a reformed psychotic super-villain could ask for, ya know? But that’s all about to change. The Mistress of Mayhem is about to face the biggest shock she’s seen in years…a visit from her parents. That’s right, folks—Mr. and Mrs. Quinzel are in town to take a bite of the Big Apple and meet their li’l monster’s new crew, from her gal-pal Poison Ivy to her super-friend Power Girl and more. And since “alternative lifestyle” barely begins to describe the vida loca that Harley’s livin’, our bat-wielding bombshell’s more than a little mortified. But it turns out the crazy apple doesn’t fall far from the twisted tree. Harley’s mom and pop have quite a few skeletons in their own closet and no shortage of tricks up their sleeves. And before Harley’s big birthday blowout, every secret’s about to come out! Harley Quinn super team Jimmy Palmiotti and Amanda Conner continue their classic run on one of the most iconic—and ironic—heroines in comics with HARLEY QUINN VOL. 4: SURPRISE, SURPRISE. Collects lead stories from #22-27 and the full HARLEY QUINN 25th ANNIVERSARY SPECIAL #1, where the industry’s top talents—including her co-creator, Paul Dini—salute the one and only Harley!