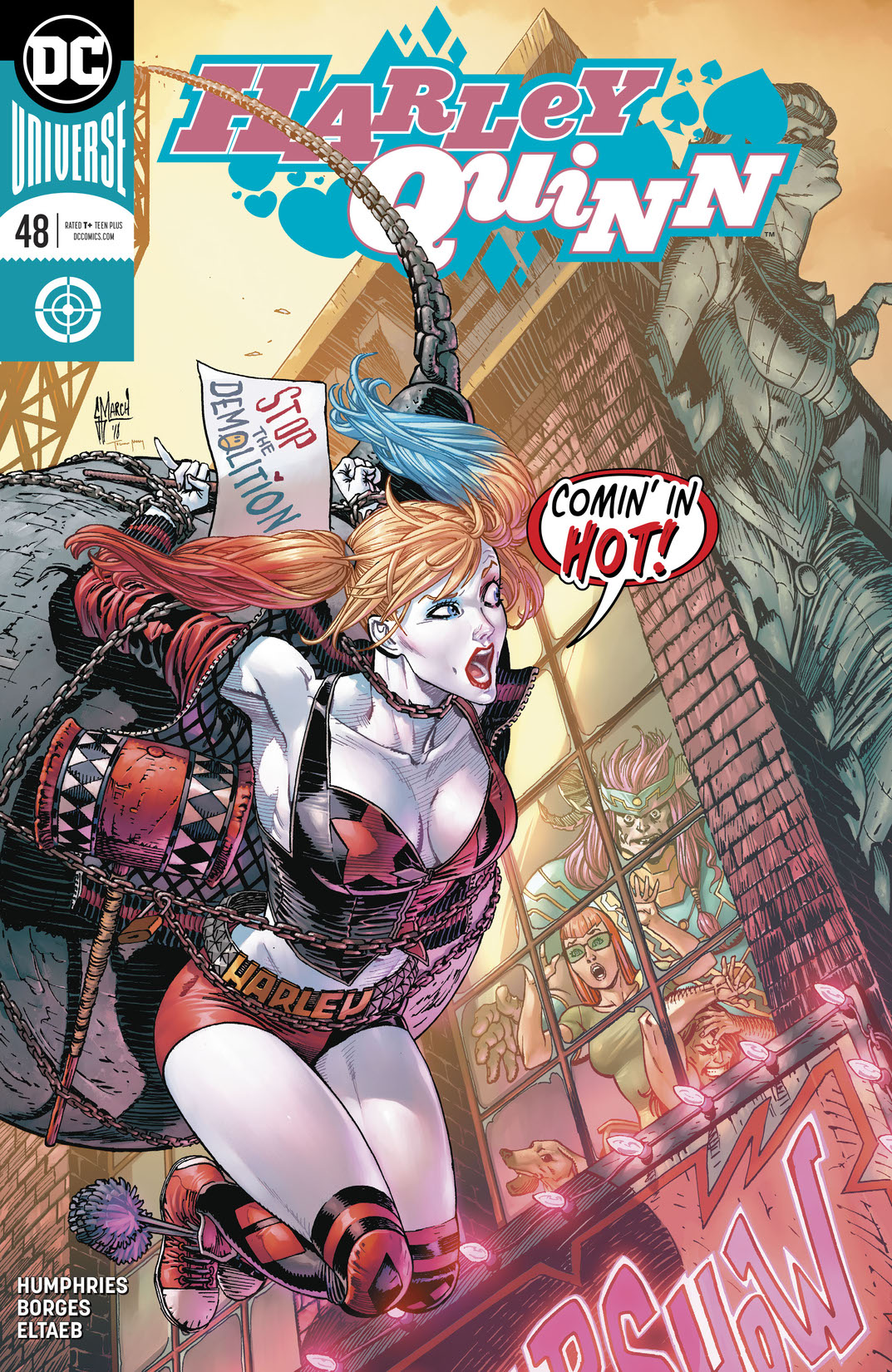 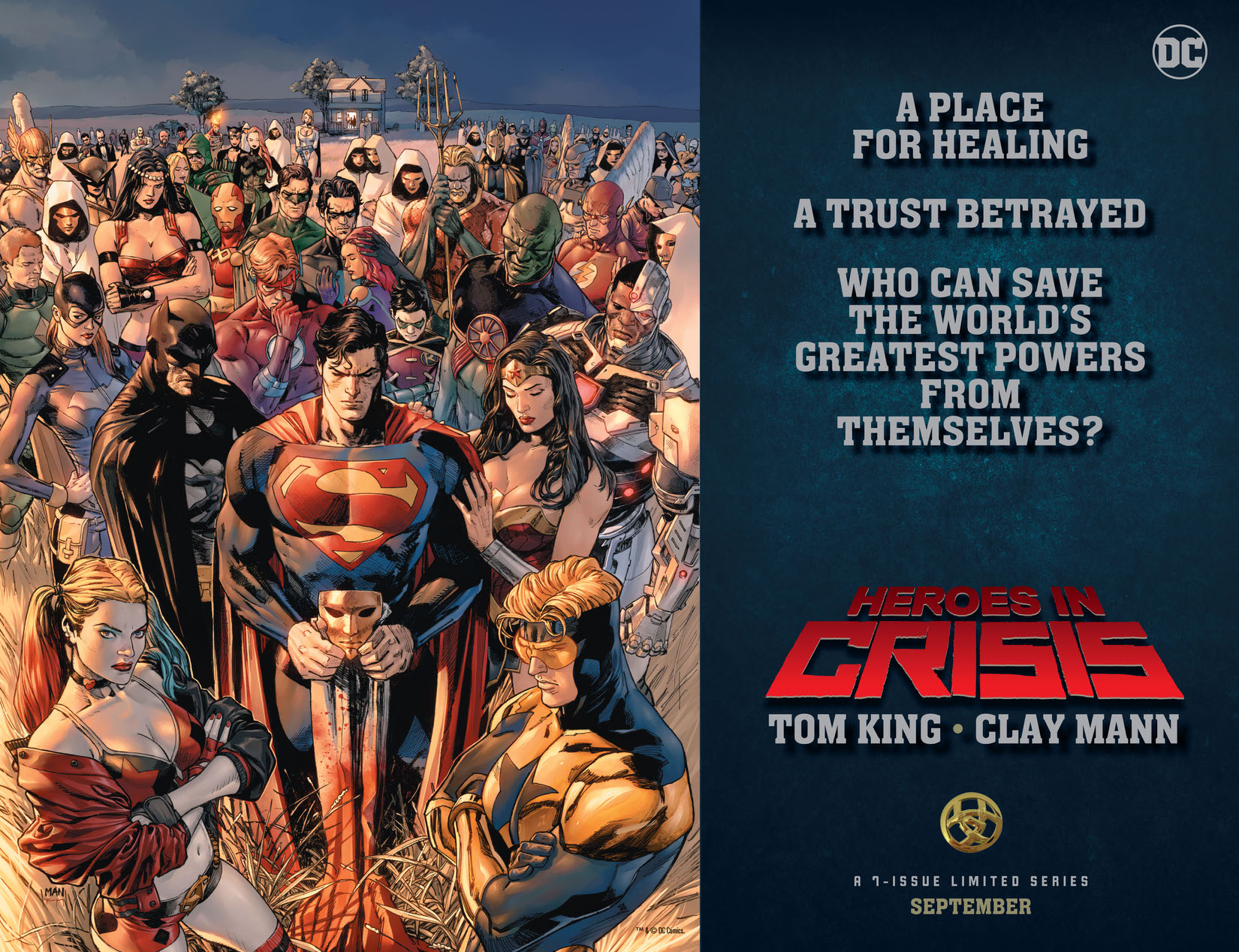 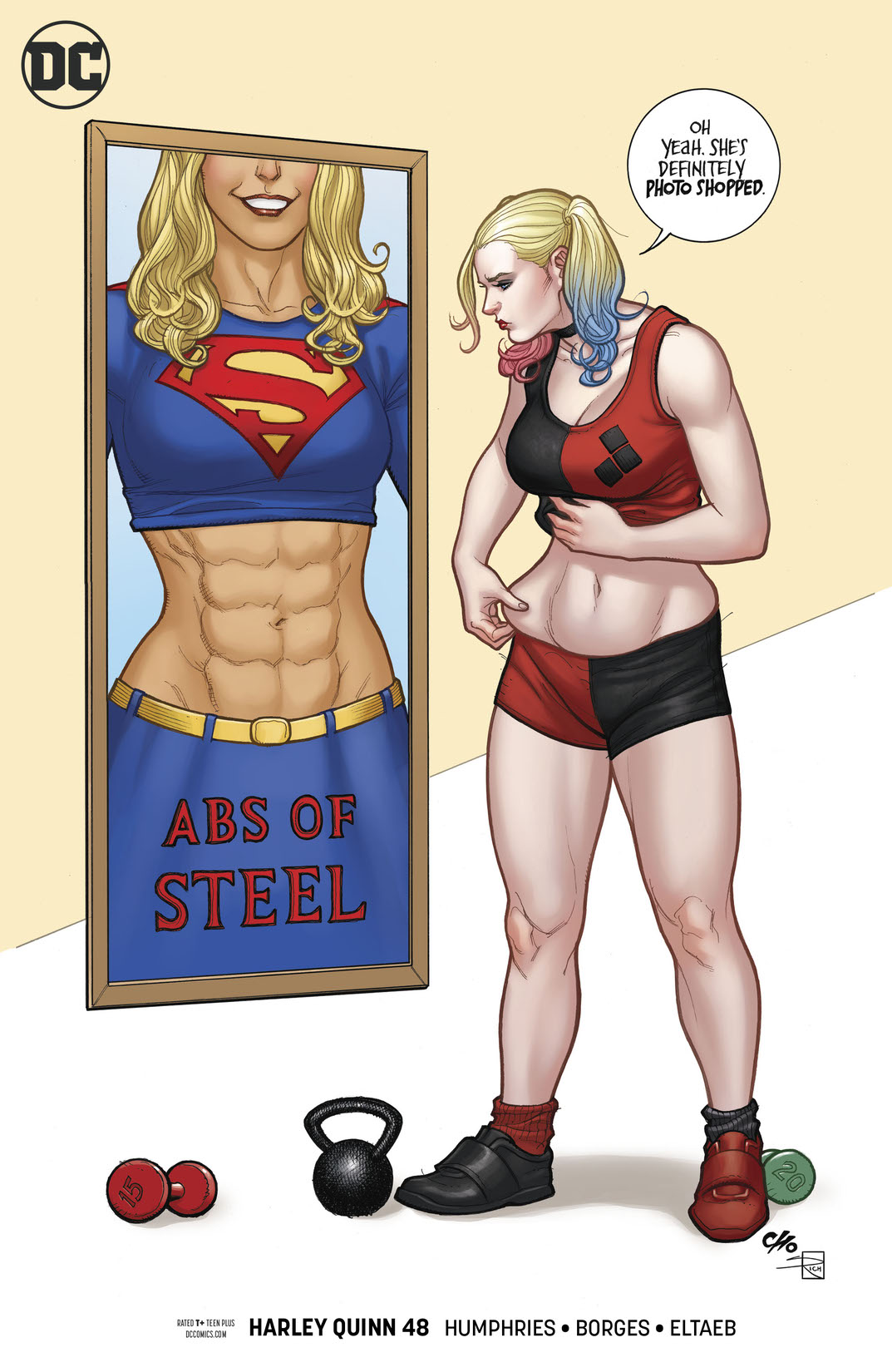 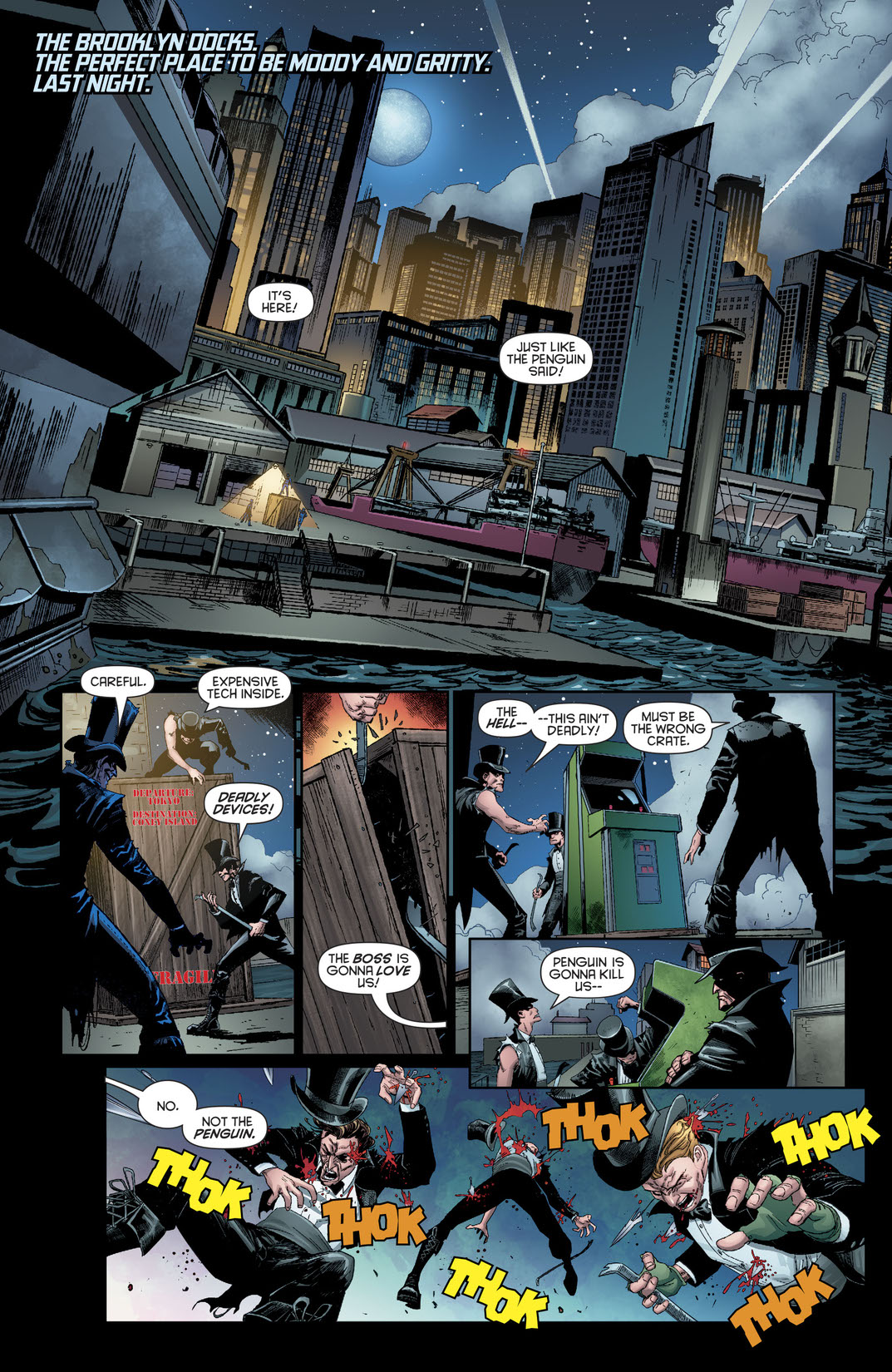 Being stuck on an alien planet for months has really messed with Harley’s finances—she’s gotta become a working stiff again just to pay off all the bills she racked up while on Apokolips! And not only is the city threatening to demolish her Coney Island apartment building if she doesn’t pay up, she’s helping failed Fury Petite Tina to adjust to life on Earth, which ain’t cheap. Sounds like it’s time for the ramen diet!