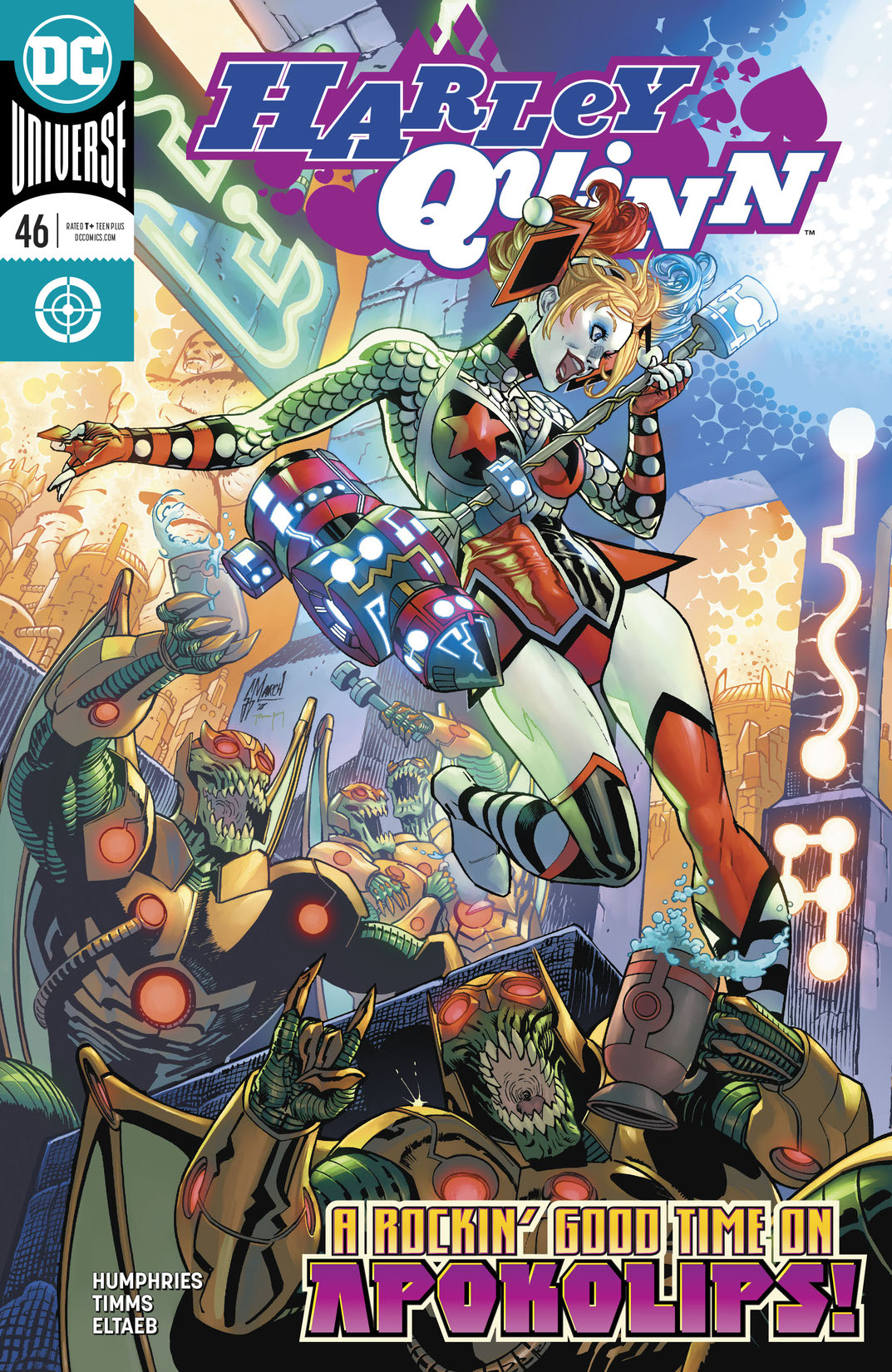 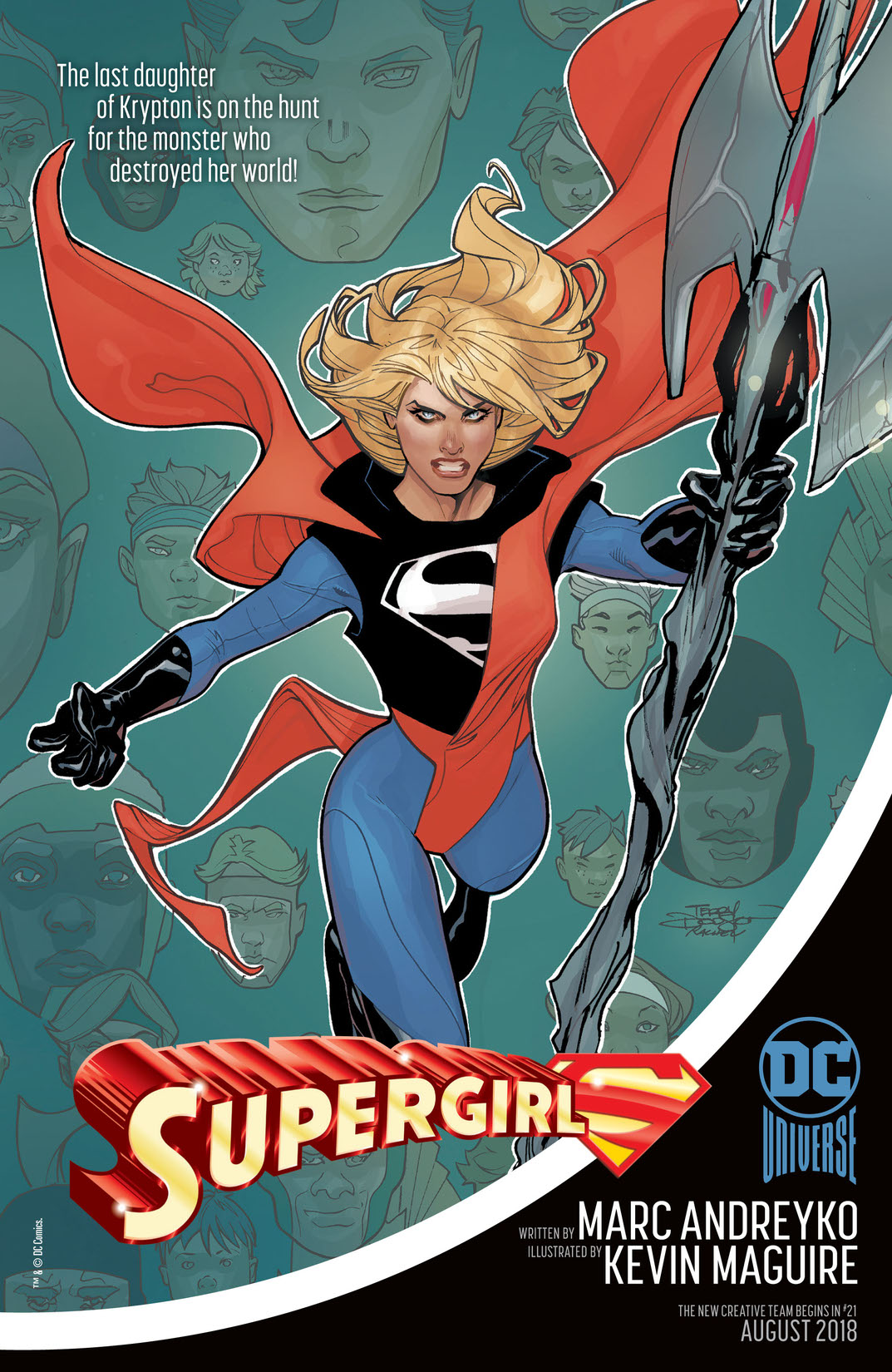 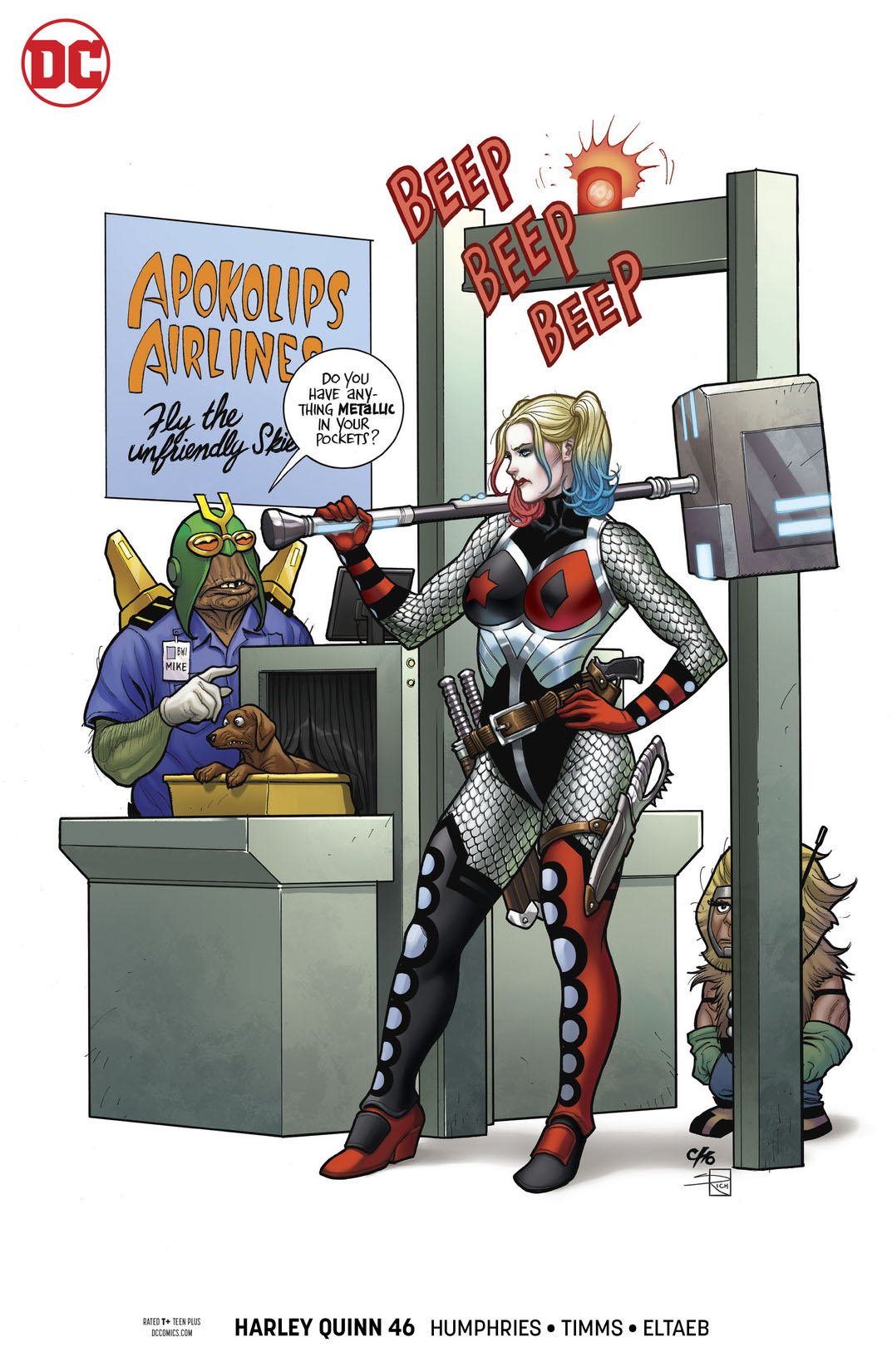 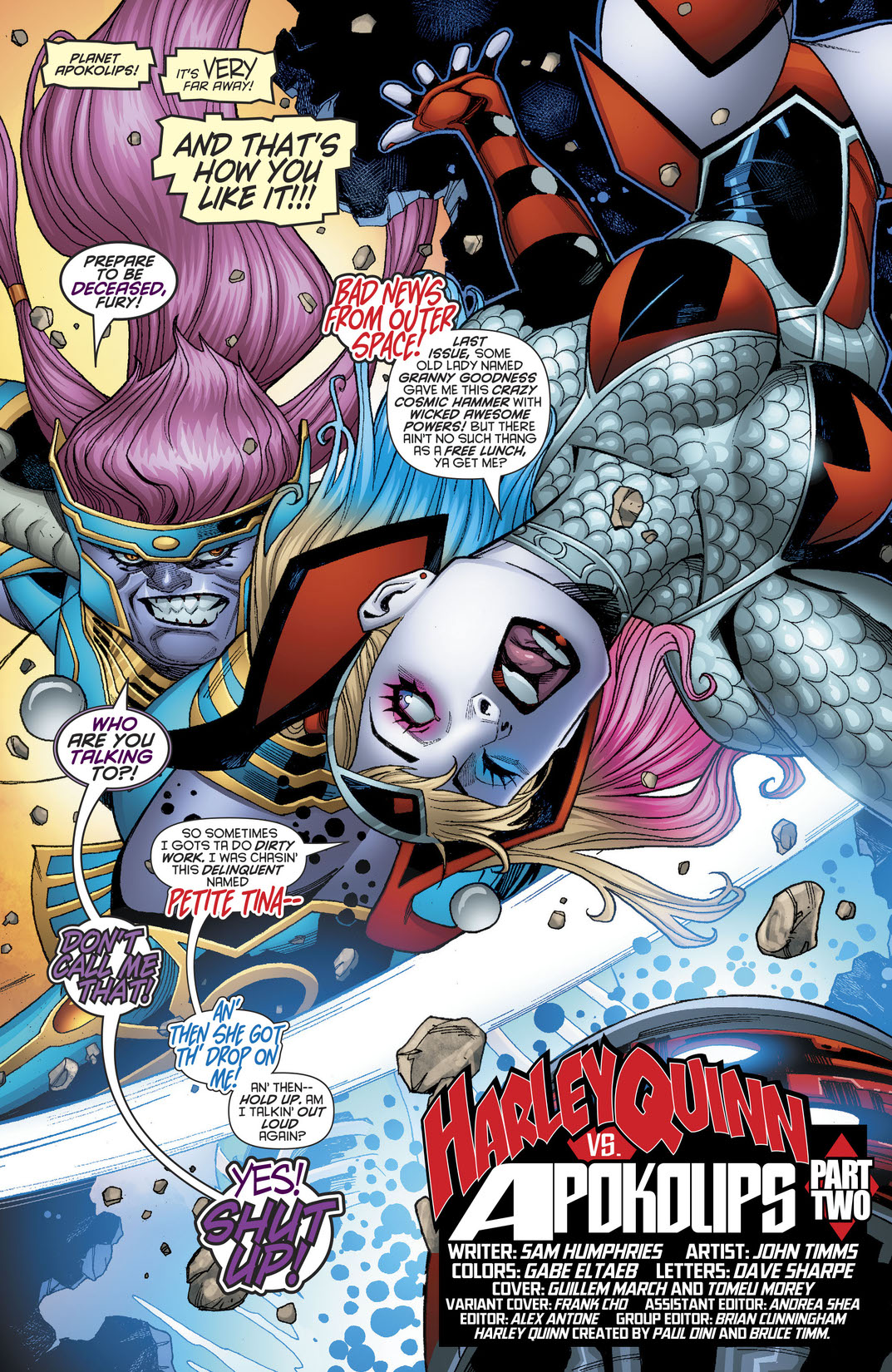 Then, it’s Fury vs. Fury in a furious showdown! Harley’s tasked with bringing in Petite Tina-except, turns out, the reason she failed as a Fury is that she’s not furious enough! She’s kind, good-hearted and oppressed-and now Harley’s the one oppressing her. Harley’s caught between a rock and a hard place: give up her amazing superpowers and free Tina and the other oppressed Lowlies, or keep bashing stuff with a super-hammer and having fun. What’s a girl to do?