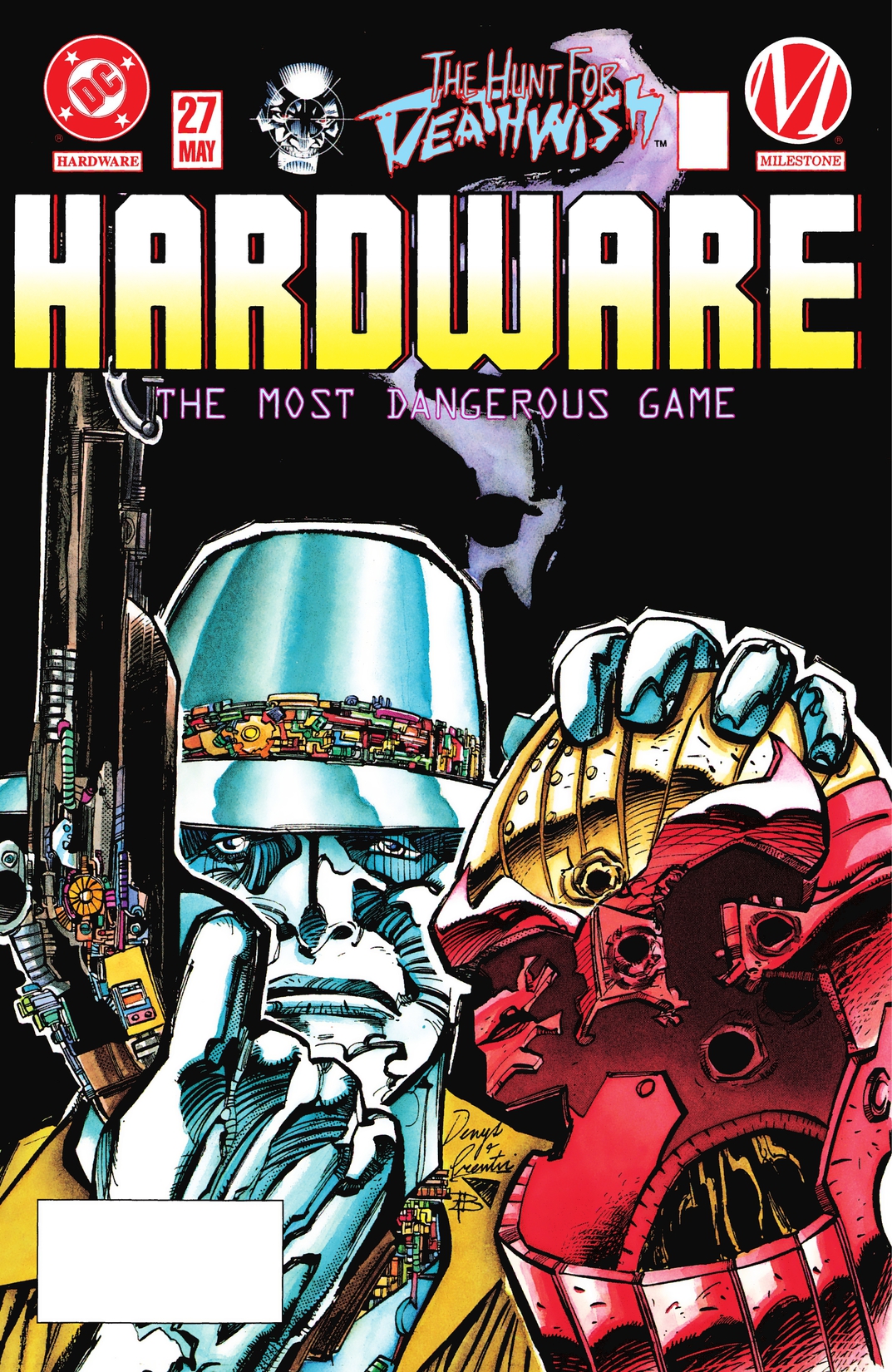 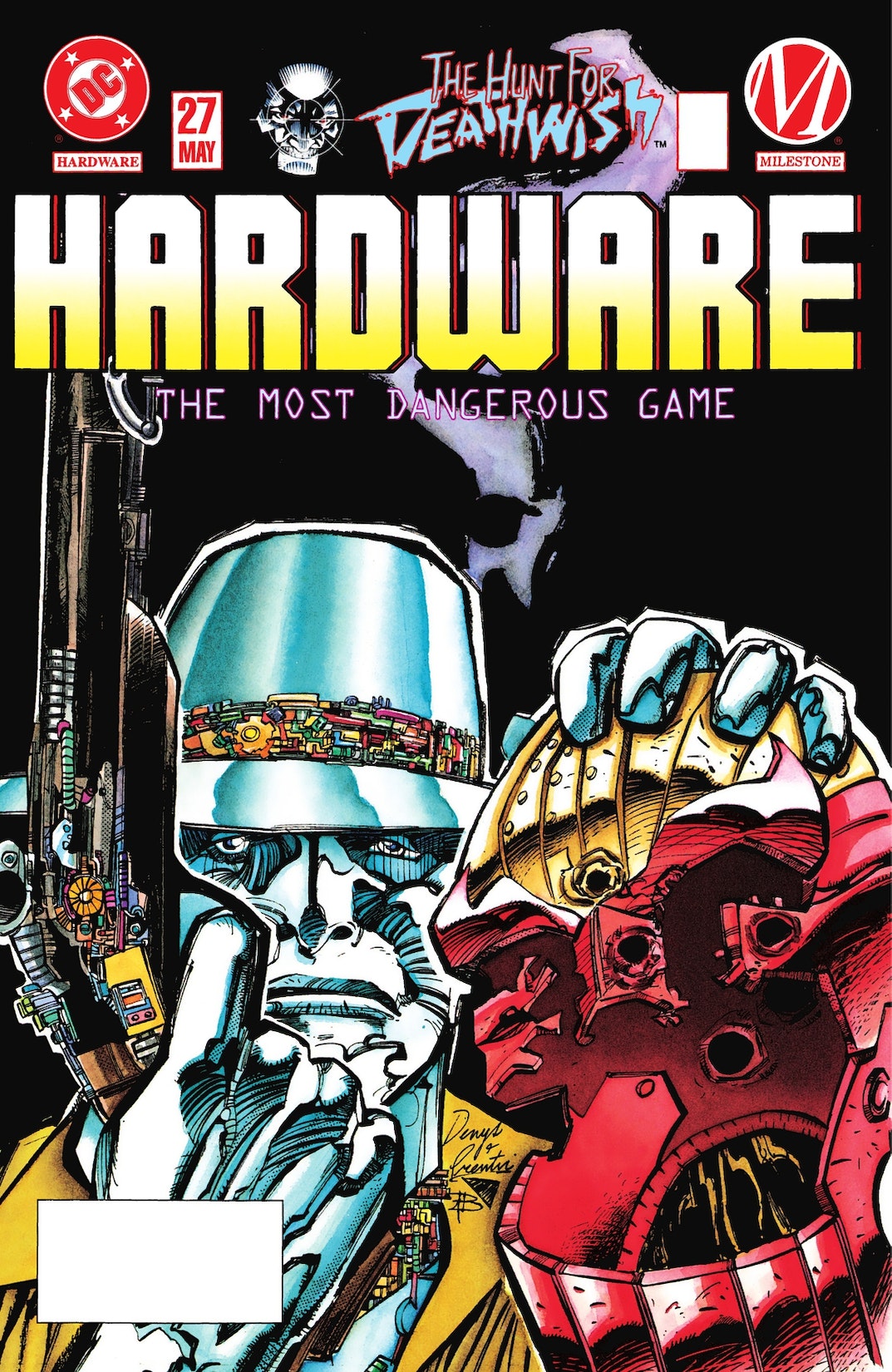 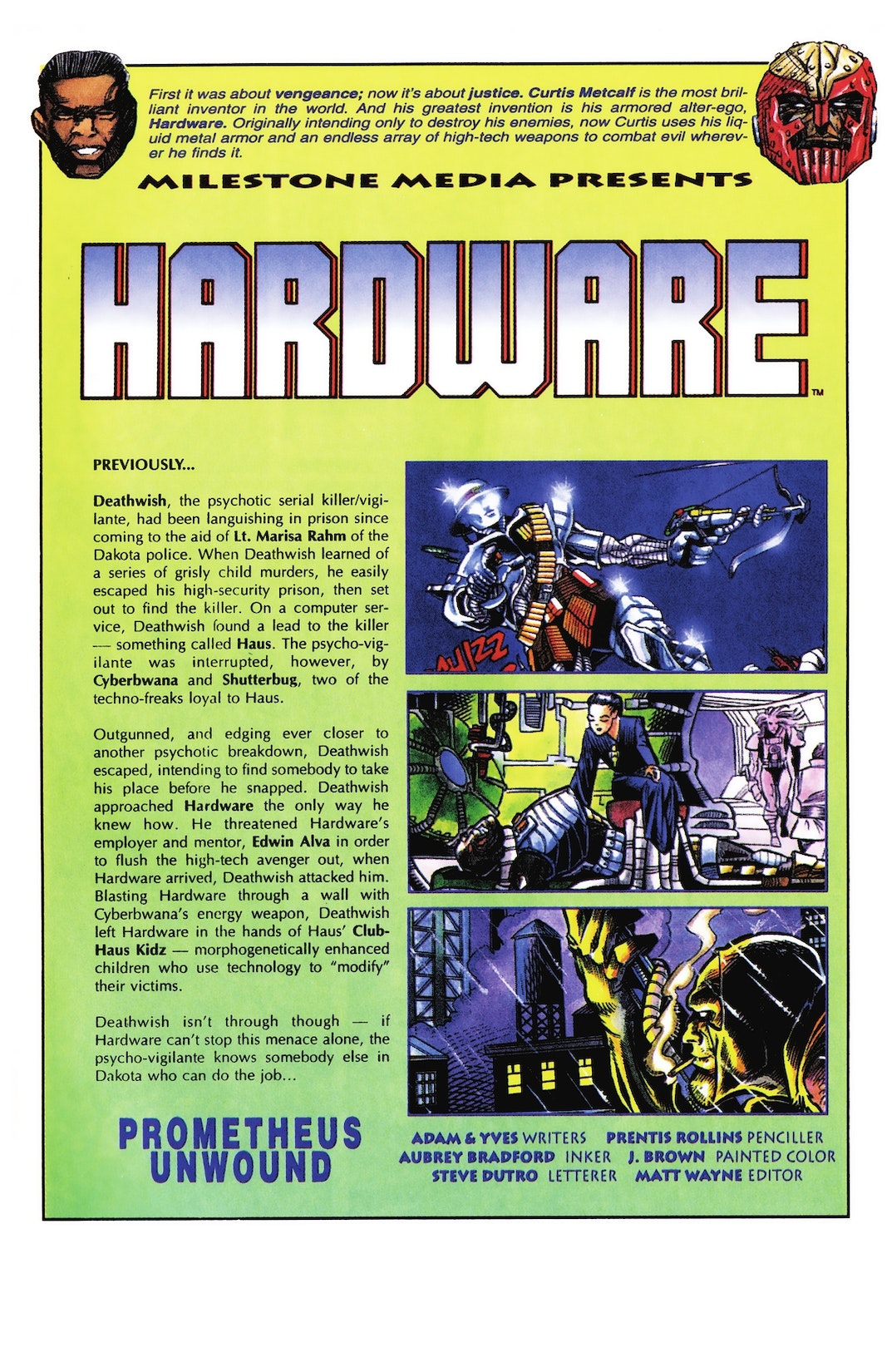 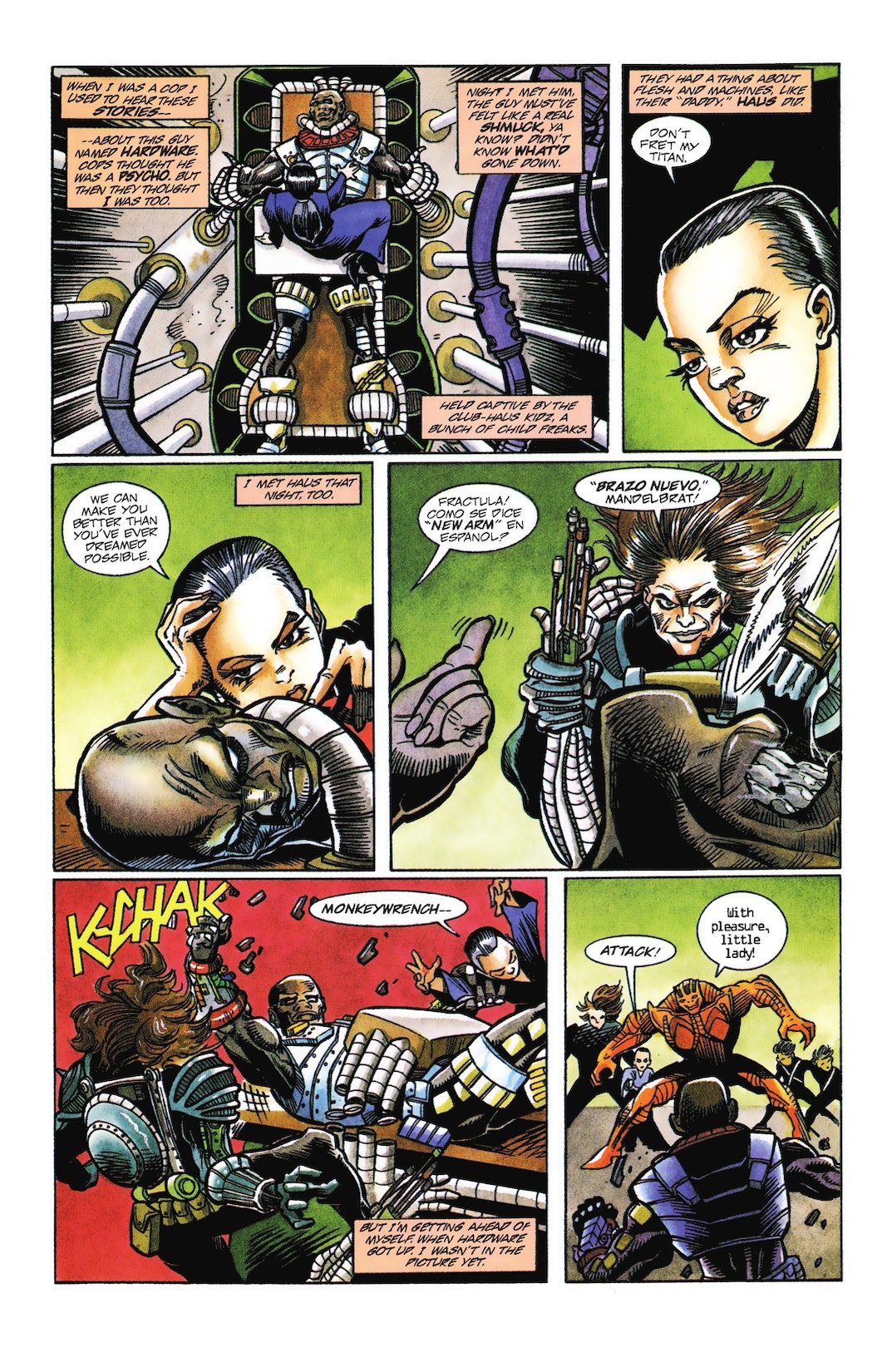 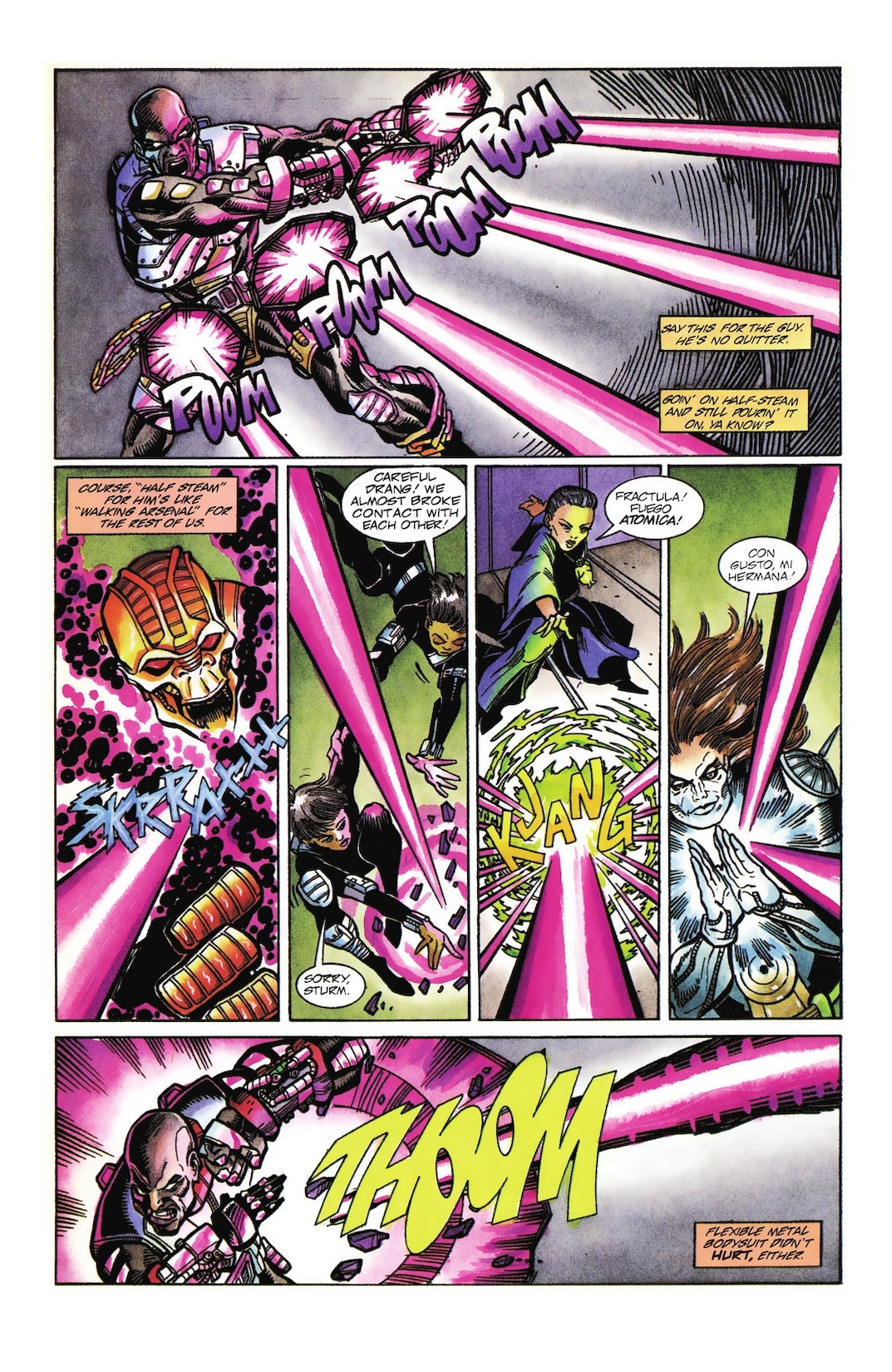 Part two of the three-part “Hunt for Deathwish”: Hardware is caught in the middle of a war between two psychotic vigilantes:  Deathwish and Dakota’s most bizarre menace yet, Cyber-Bwana.   This comic contains language of a racially offensive nature and may not be suitable for all age groups. Its inclusion is an intentional creative choice intended to highlight the fact that language of this type was frequently deployed in past decades and remains in use today, even as contexts evolve. Readers for whom such language is triggering or hurtful should be advised.