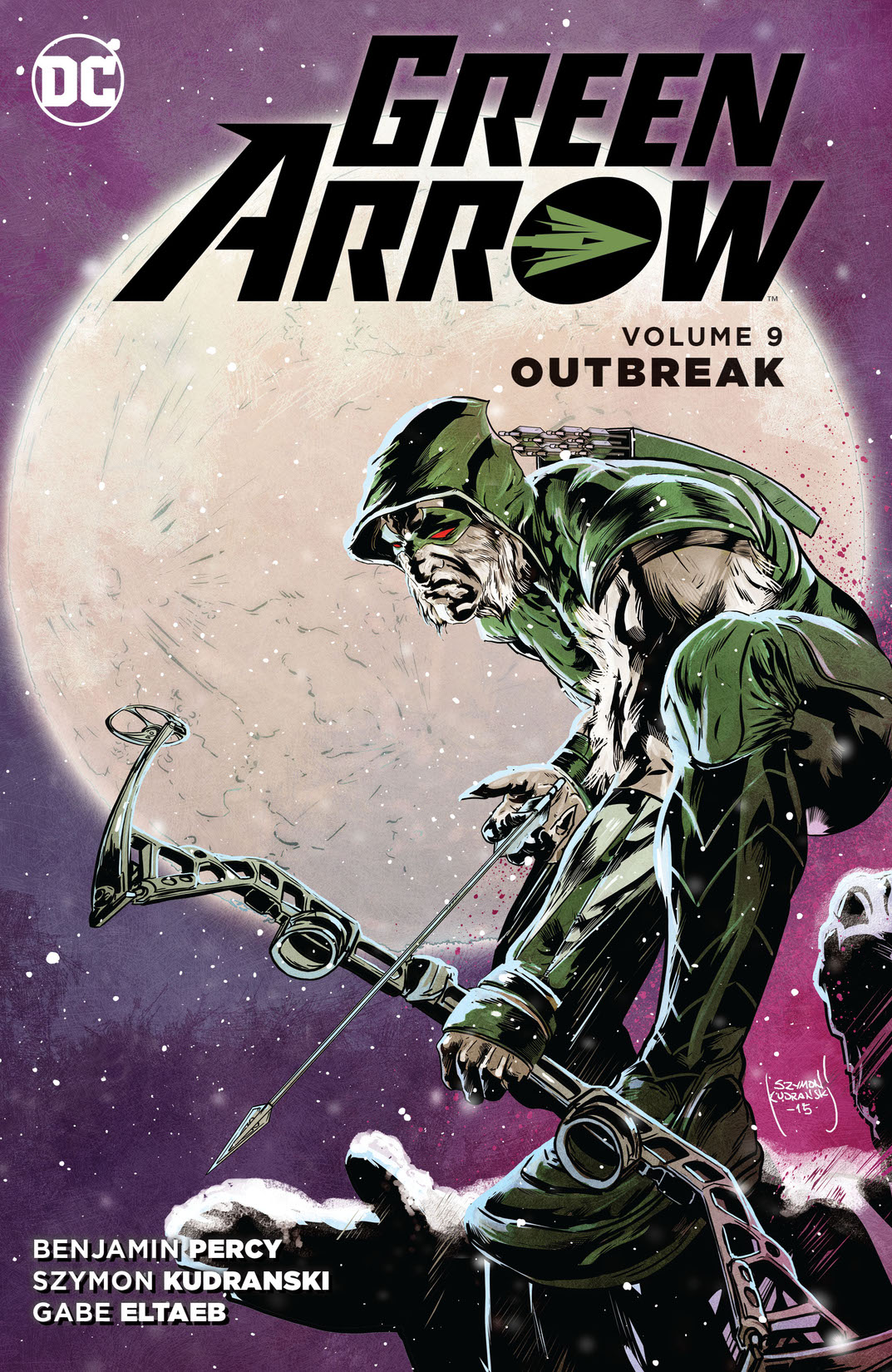 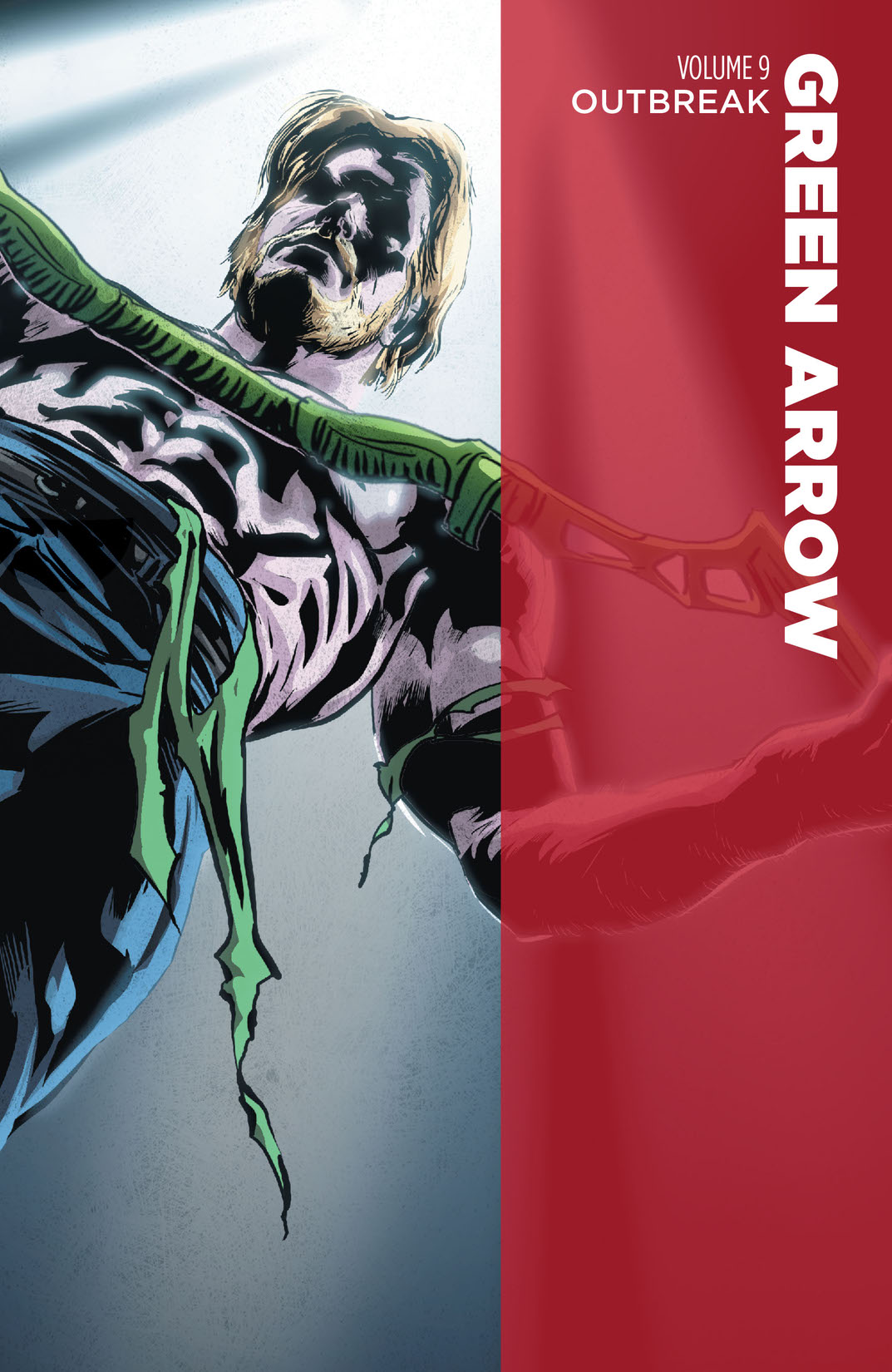 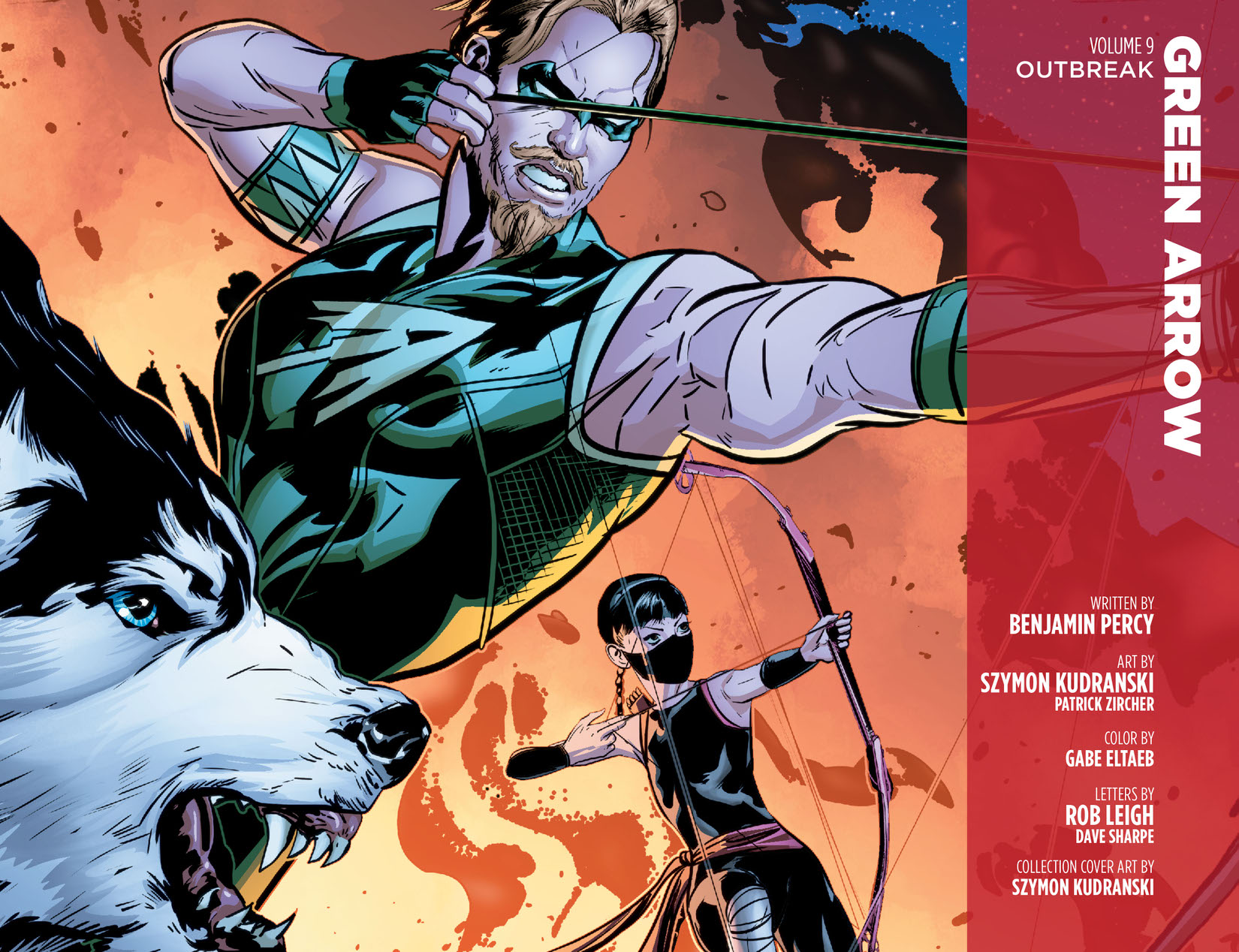 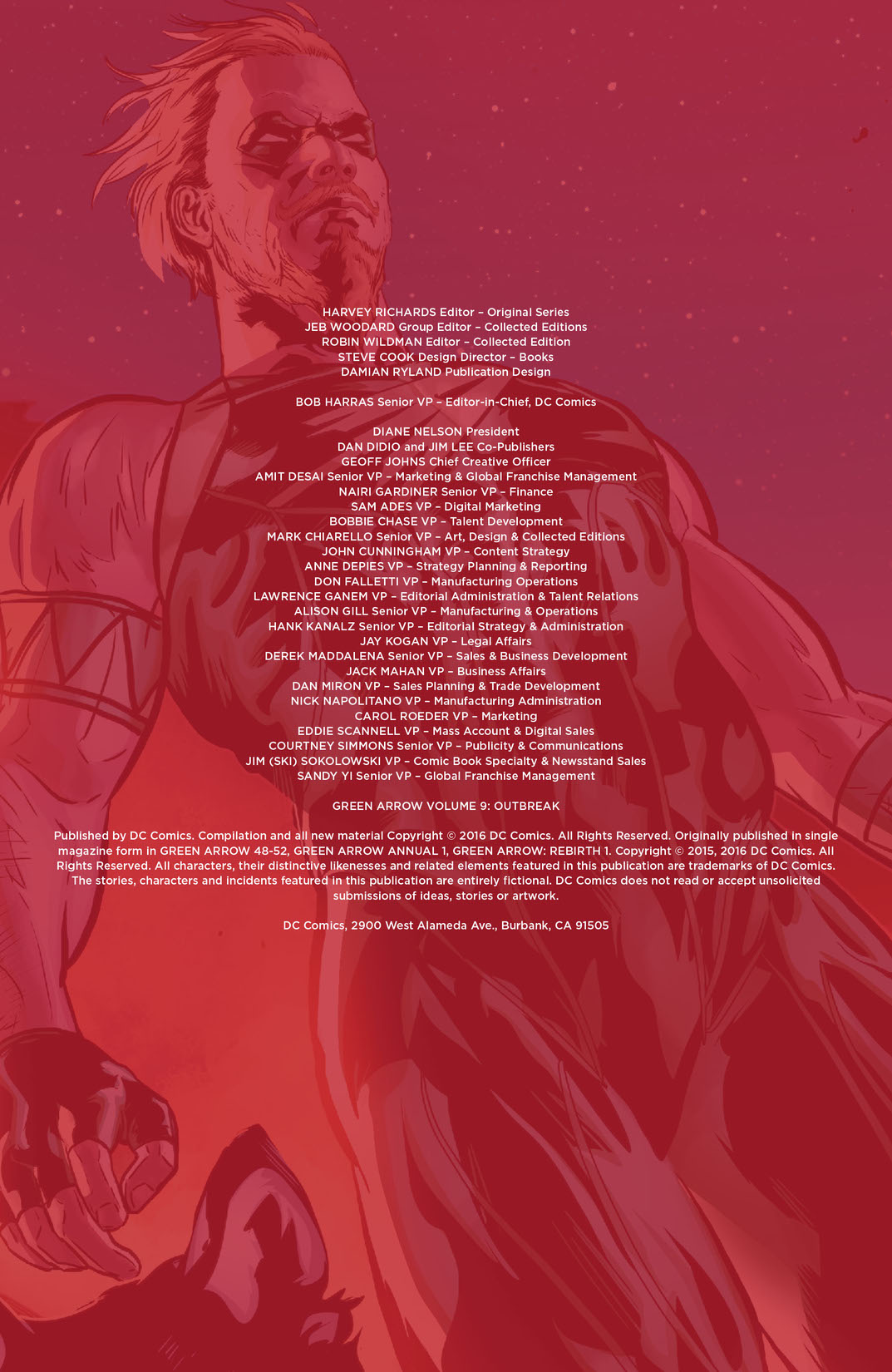 OF WOLF AND MAN...AND DEATHSTROKE! The Lukos virus transforms its victims into an unholy mixture of man and beast. Scores of the infected, known as wargs, plague the streets of Seattle, where the battle for territory between deadly militant factions will only get bigger and bloodier. And the contagion is in Green Arrow’s blood. Fighting to remain himself as the virus transforms him into something inhuman, Oliver Queen must push away everyone close to him, even at the moment he needs them most, and race to find the one man whose miraculous healing powers can save him. But Green Arrow is not the only hunter on the trail. To save his life, his city and maybe even his soul, Oliver must fight the world’s deadliest assassin: Deathstroke! In GREEN ARROW VOLUME 9: OUTBREAK, from writer Benjamin Percy and artist Szymon Kudranski, one of the greatest villains in comics collides with Oliver Queen! Collects GREEN ARROW #48-52, GREEN ARROW ANNUAL #1 and a special preview of GREEN ARROW: REBIRTH #1.