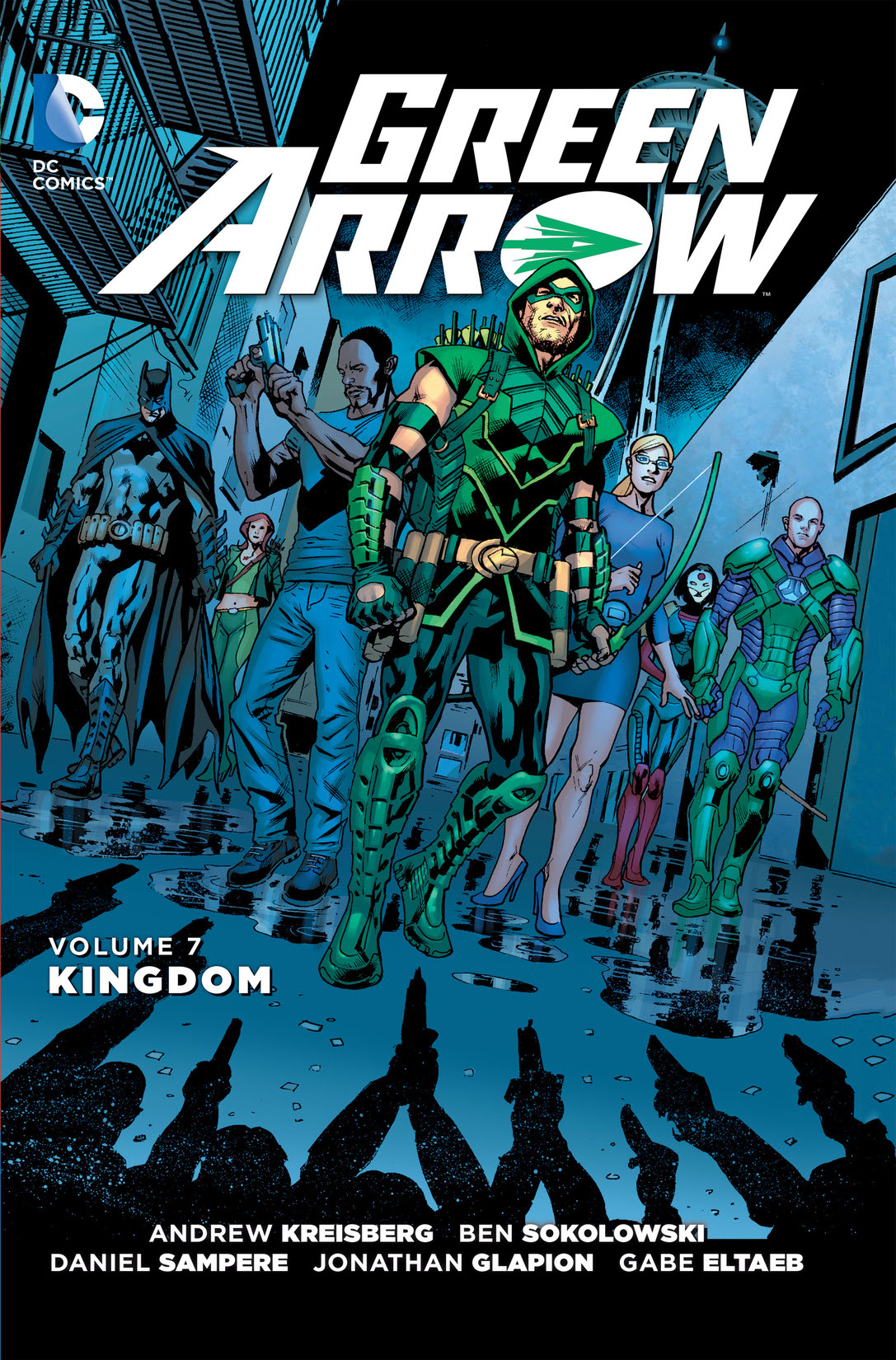 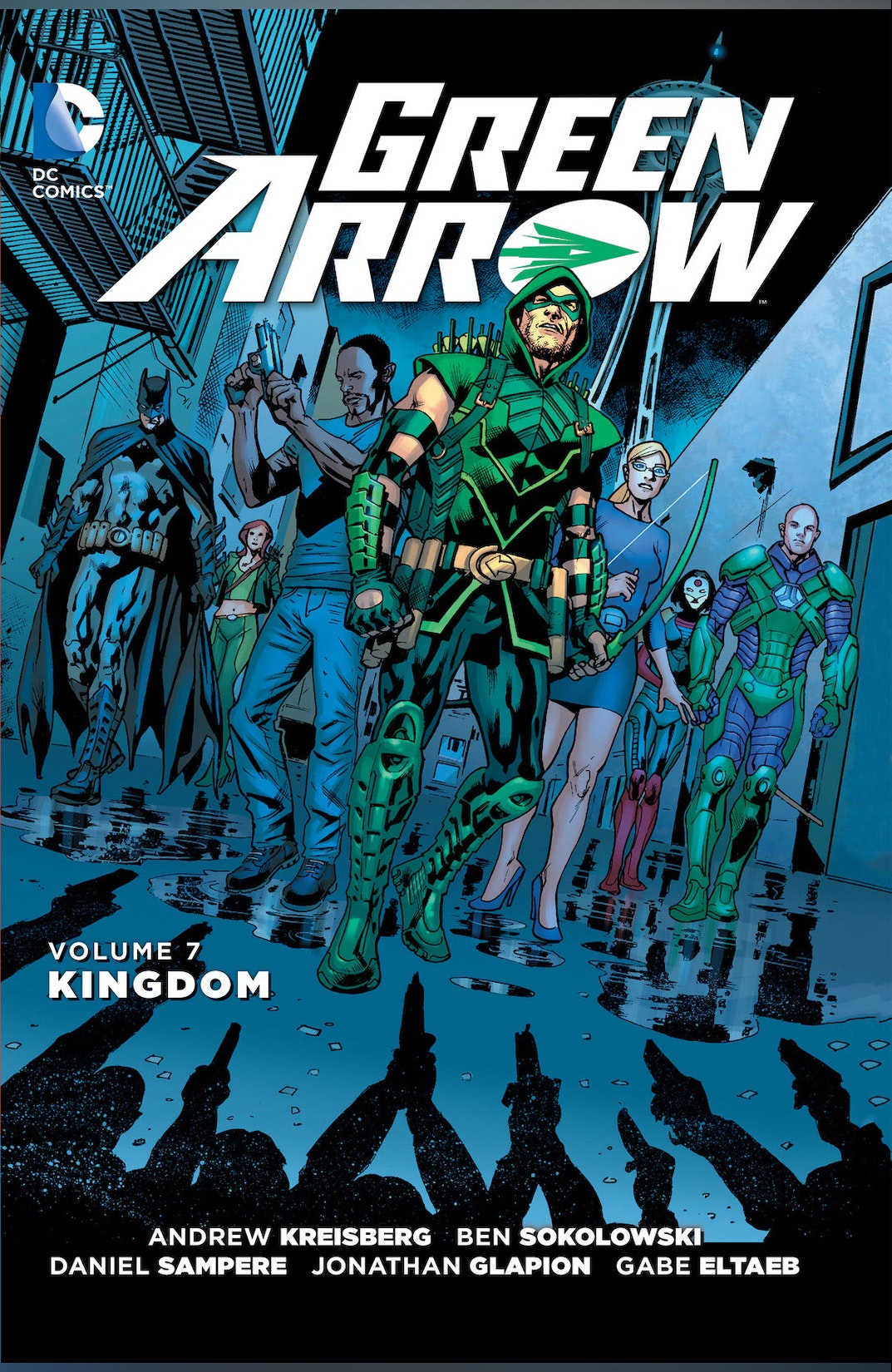 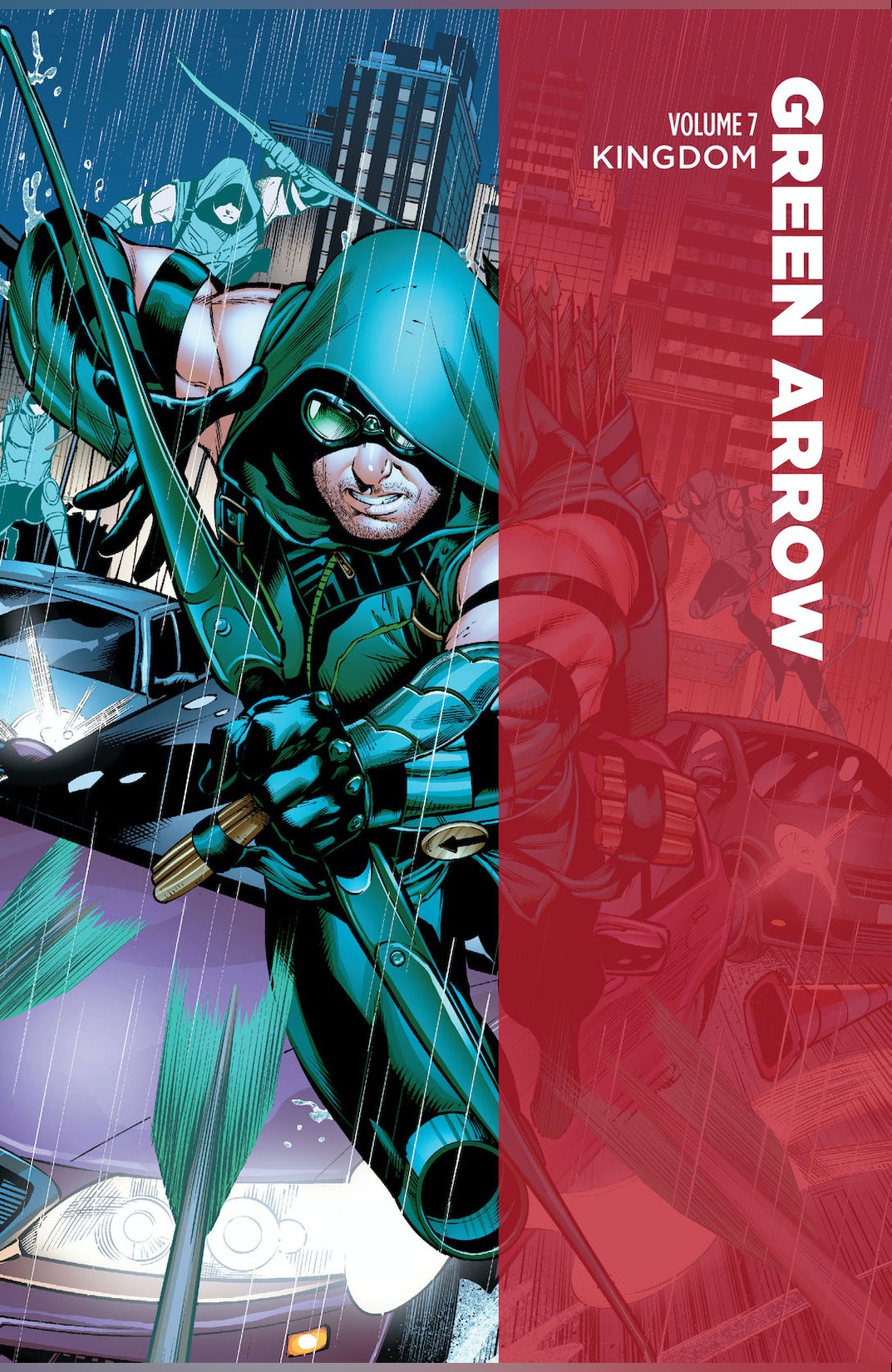 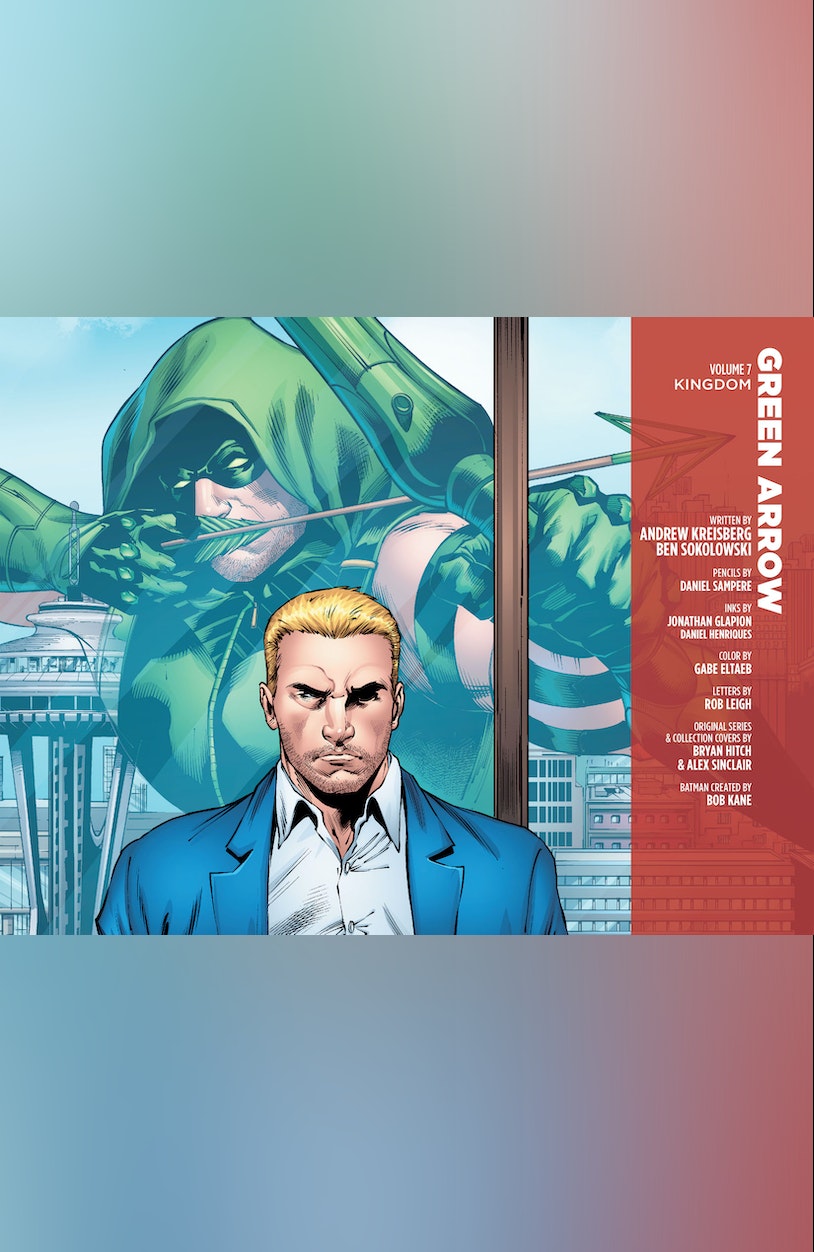 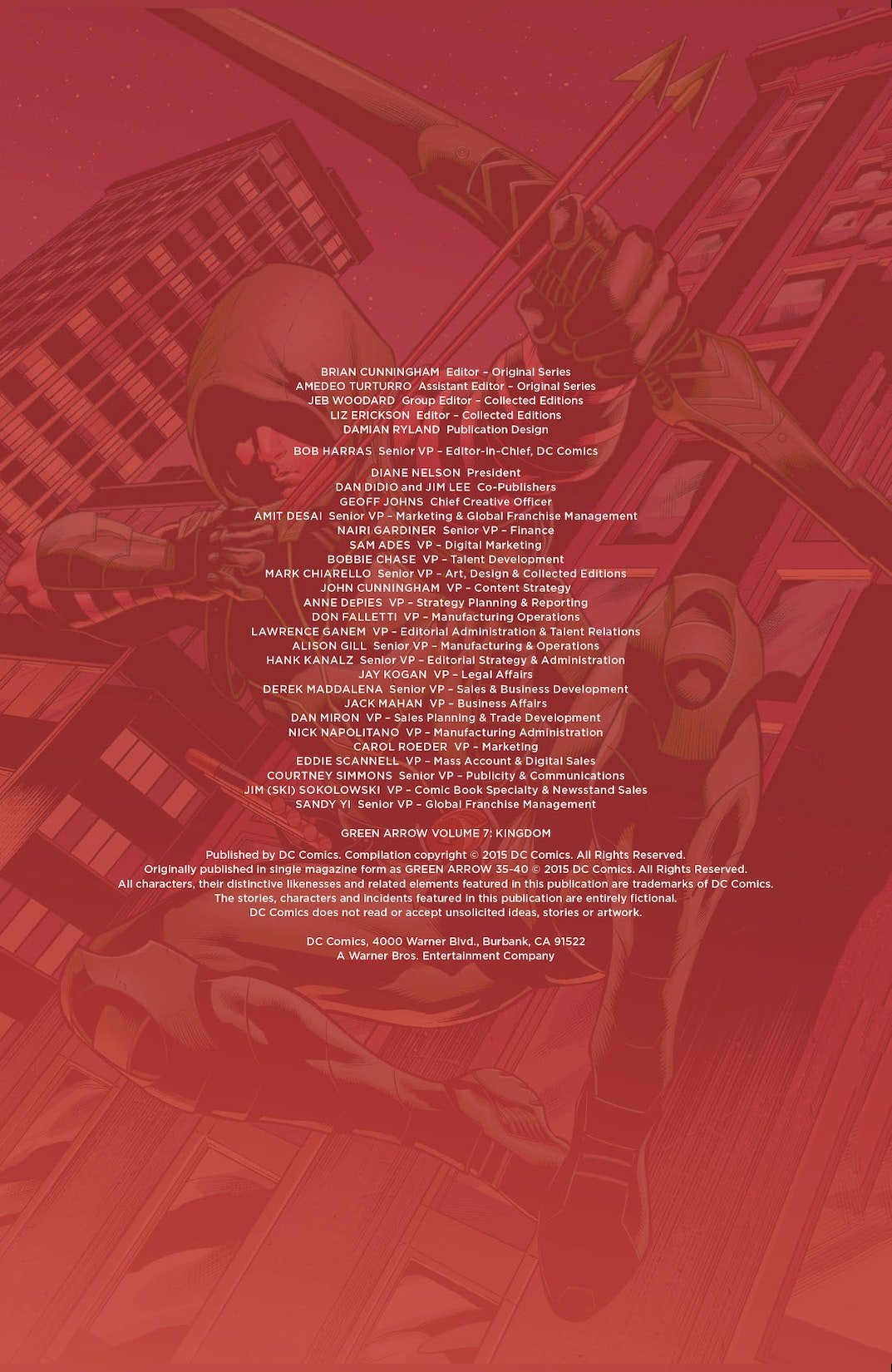 Billionaire philanthropist John King is succeeding where the Queen Foundation failed, bringing healing and hope to cities across the country. Except he’s not saving these cities-he’s conquering them. Green Arrow must overthrow this mad modern-day monarch, but he can’t do it alone. He’ll need the help of a brash and brilliant hacker Felicity Smoak; speedy street kid Mia Dearden; and an army of superhero allies, including Arsenal, Katana, Green Lantern, Batman-and Lex Luthor. And if you come at the King, you’d best not miss. Andrew Kreisberg and Ben Sokolowski-two of the minds behind TV’s Arrow and The Flash-take aim at the comics world in GREEN ARROW: KINGDOM, featuring action-packed art by Daniel Sampere! Collects issues #35-40.