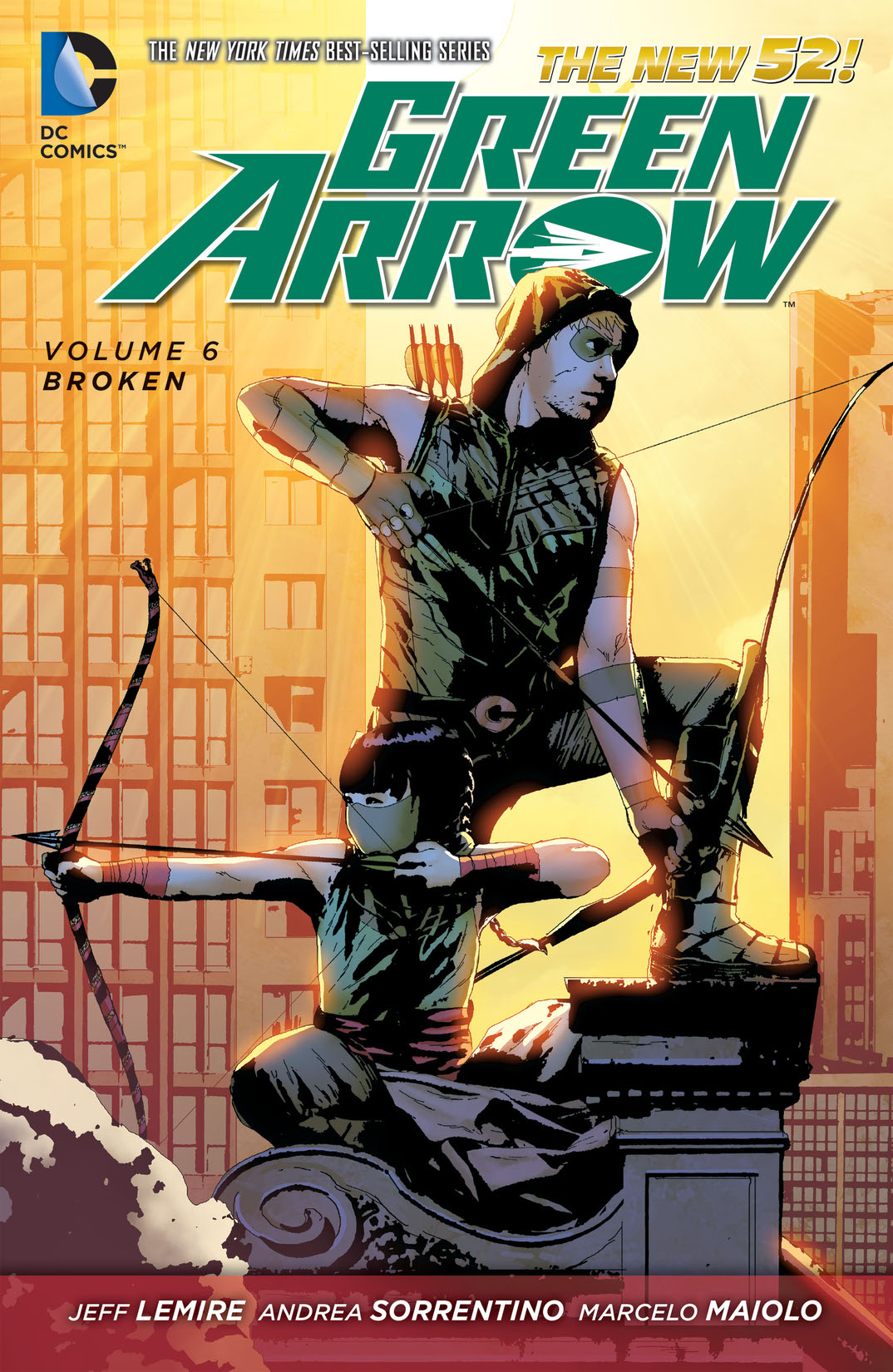 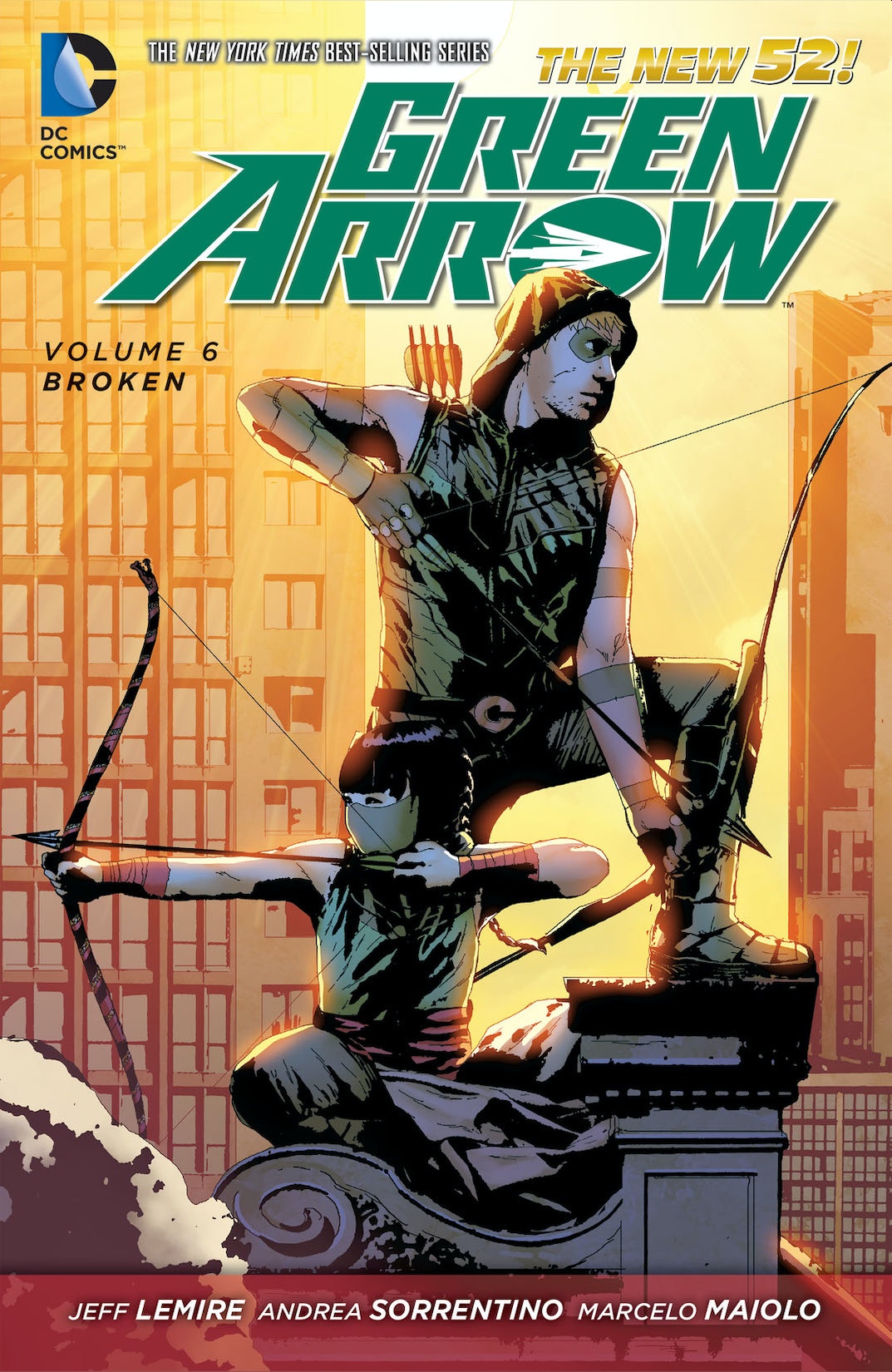 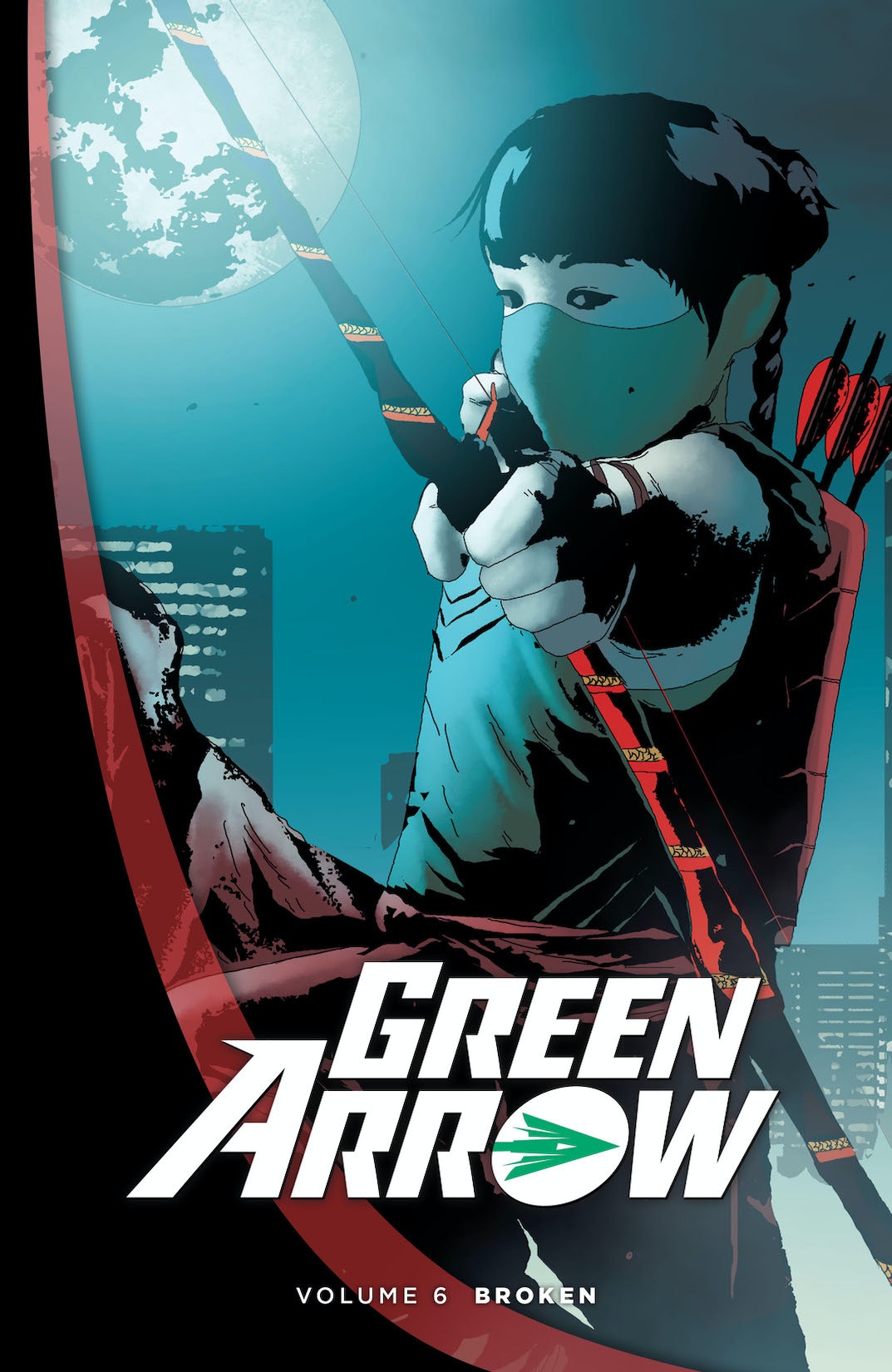 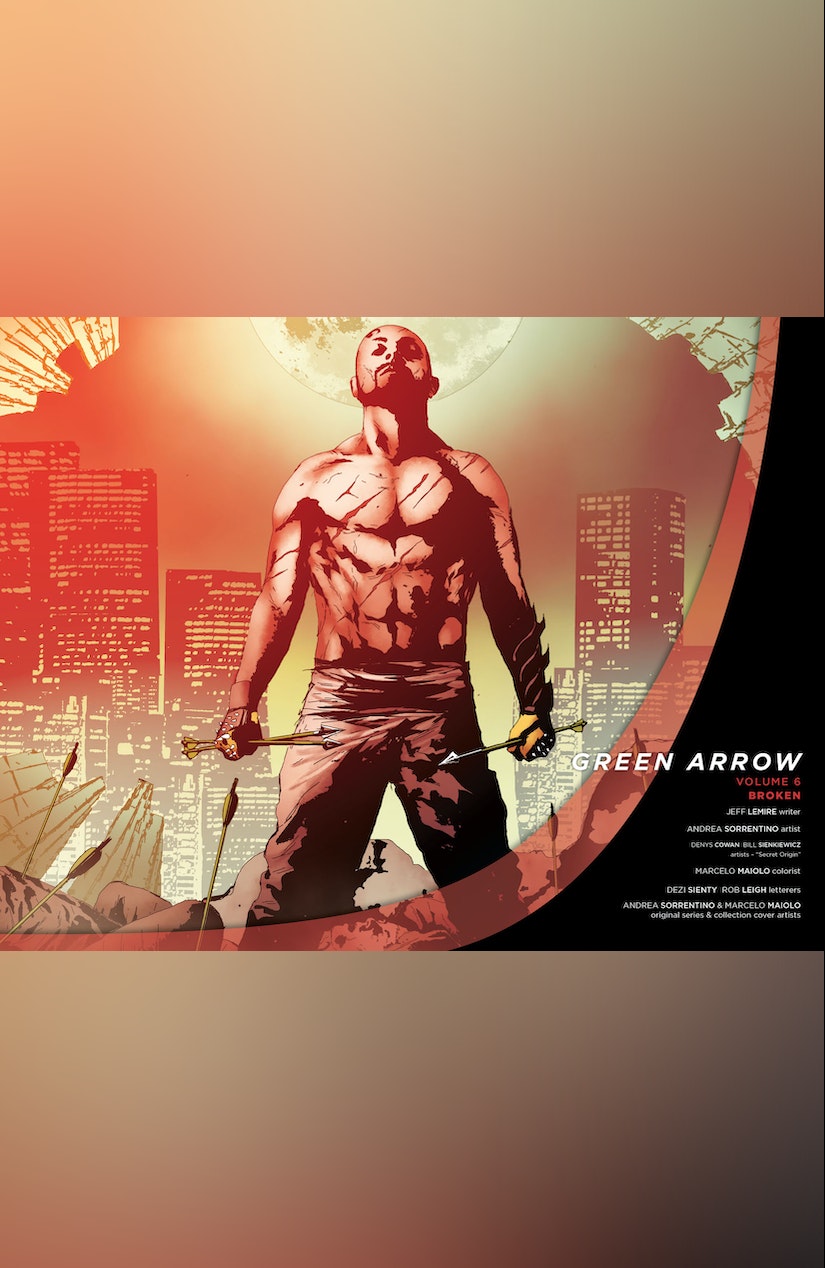 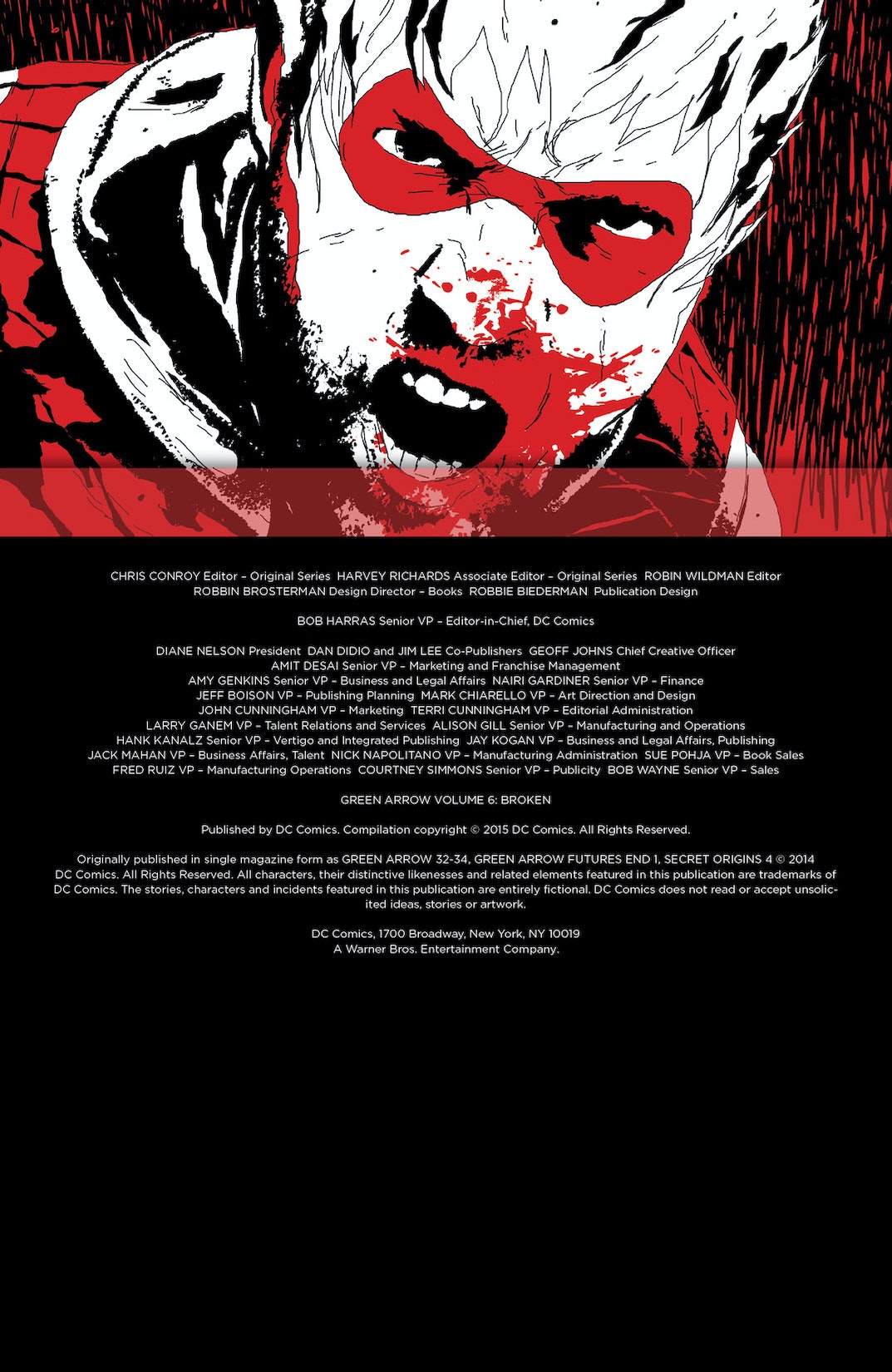 Oliver Queen has traveled the world to confront his fate and fully become what he was meant to be—the Green Arrow. But while Ollie was on his journey, things closer to home were falling apart. The crime lord Richard Dragon was able to consolidate the Seattle underworld under his own control. And those who rise up against him, including Green Arrow’s allies Naomi, Henry and Diggle, find themselves Dragon’s prisoners. Now, Green Arrow has arrived back home to find his city in chaos and his friends under siege. There’s only one way this can end—in a direct confrontation between Ollie and Richard Dragon. But that’s exactly what Dragon is after...and the only way he sees it ending is with the death of Green Arrow. Acclaimed creative team Jeff Lemire (JUSTICE LEAGUE UNITED, THE NEW 52: FUTURE’S END) and Andrea Sorrentino (I, VAMPIRE) wrap their celebrated run with the Emerald Archer’s greatest challenge yet! GREEN ARROW: BROKEN collects stories from GREEN ARROW #32-34, GREEN ARROW: FUTURES END #1 and SECRET ORIGINS #4.