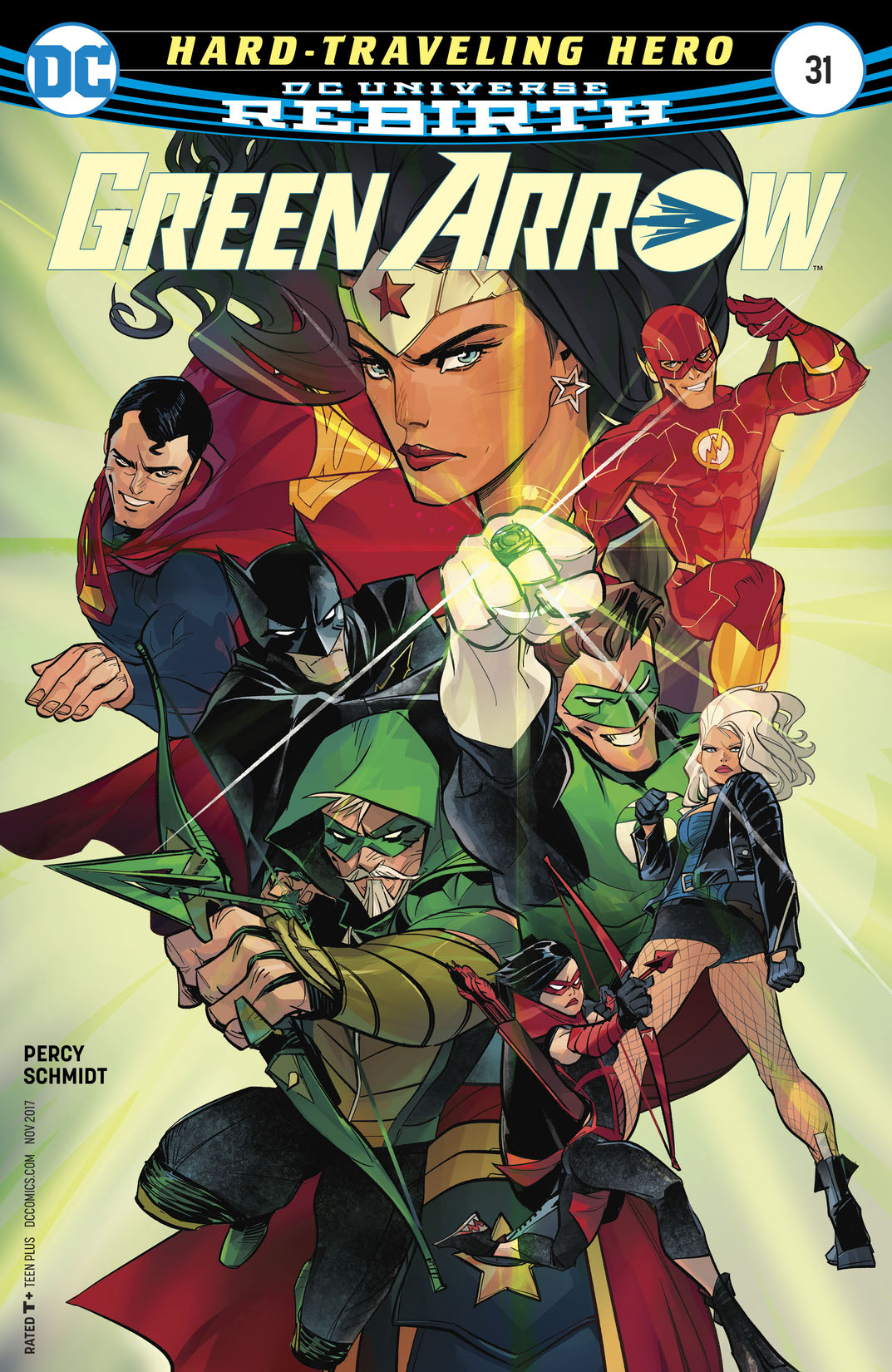 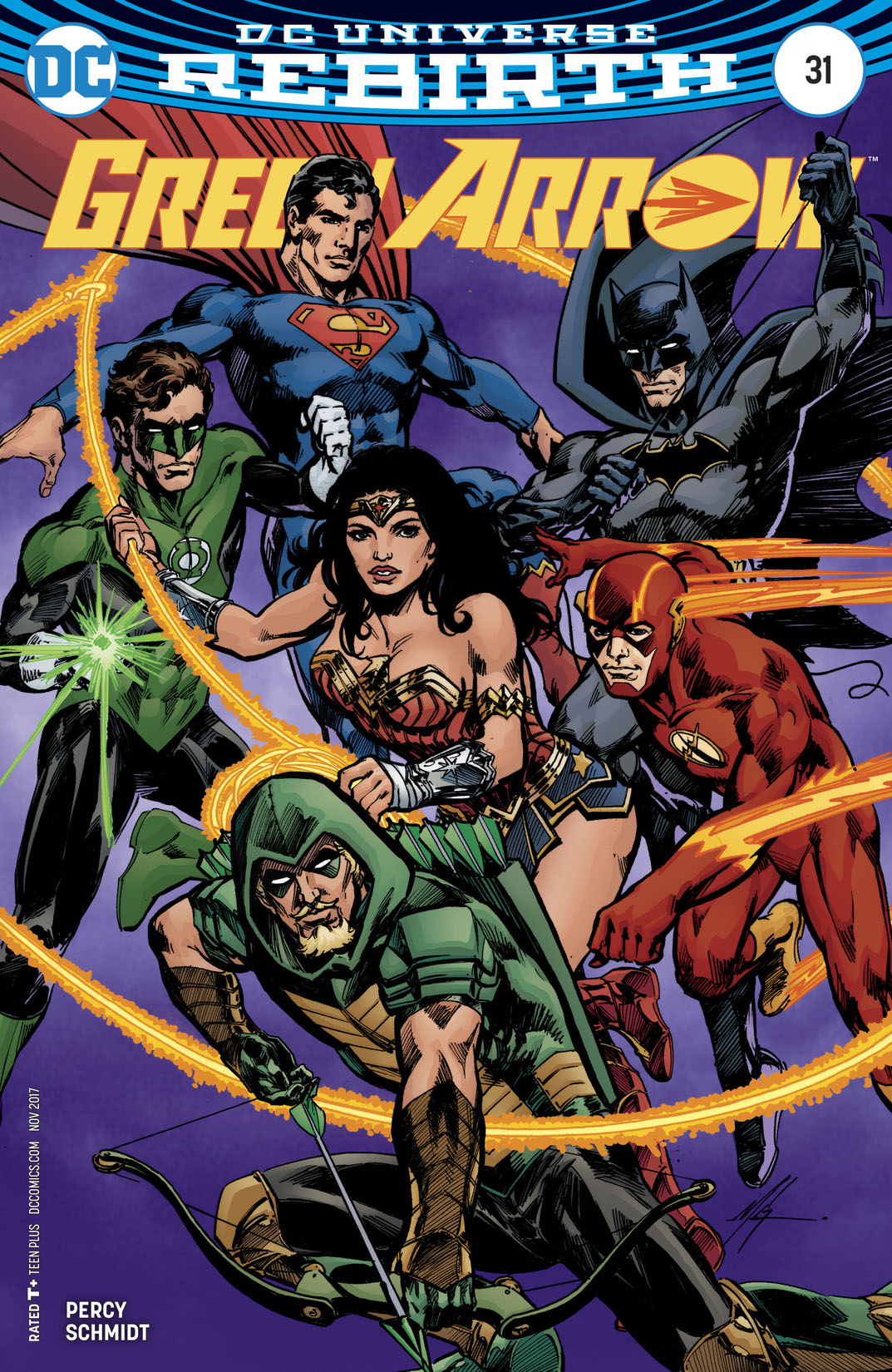 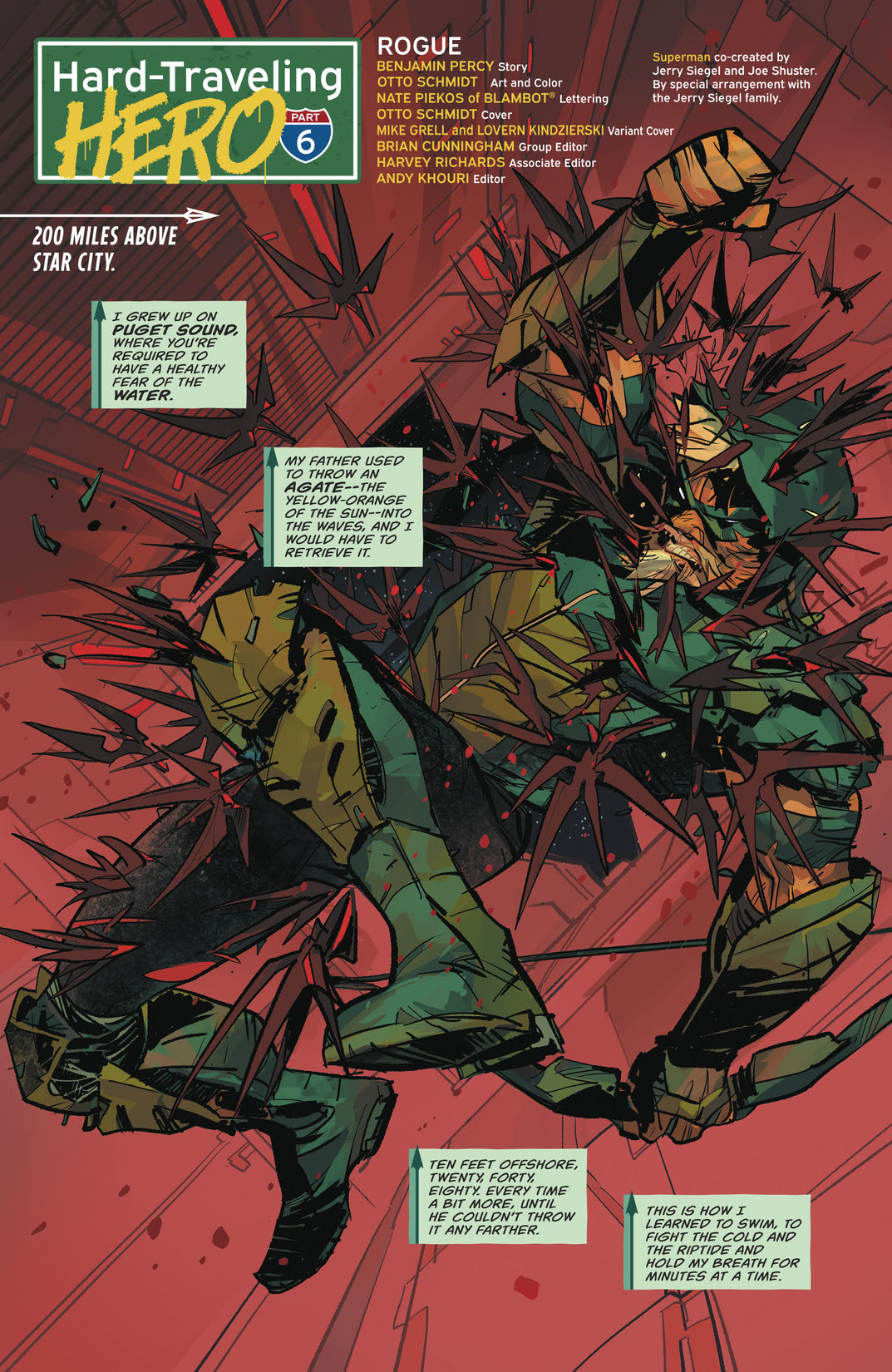 “HARD TRAVELING HERO” finale! For a year Oliver Queen has been one step behind the Ninth Circle. Now he knows why: an orbiting fortress from which the super-villain financial empire secretly spies, steals, buys, sells and kills everyone and everything Green Arrow needs to defeat them. And. It. Is. Going. DOWN. It’ll take the whole Justice League to clean up the mess in this epic conclusion to the most star-studded GREEN ARROW story ever!