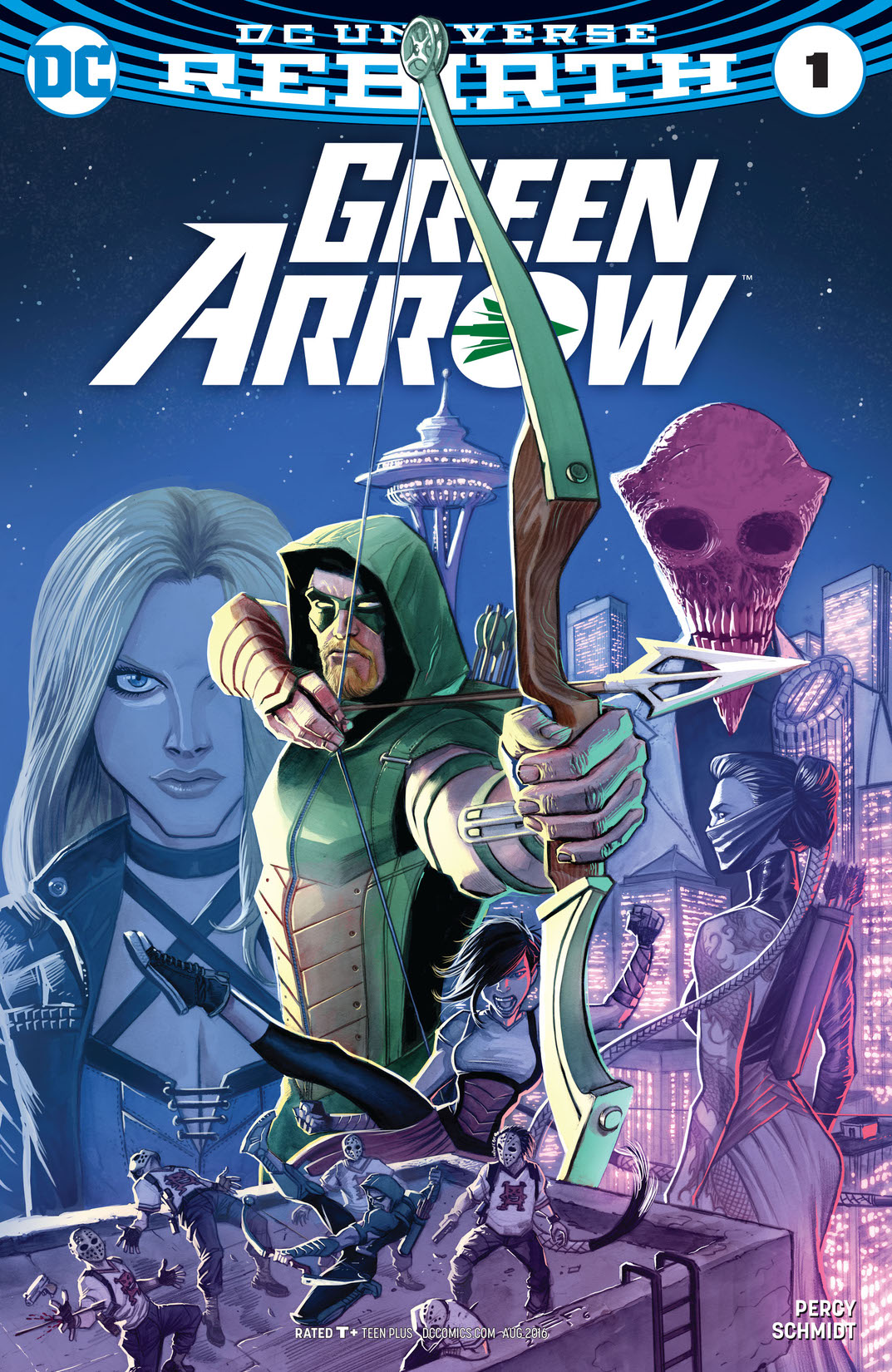 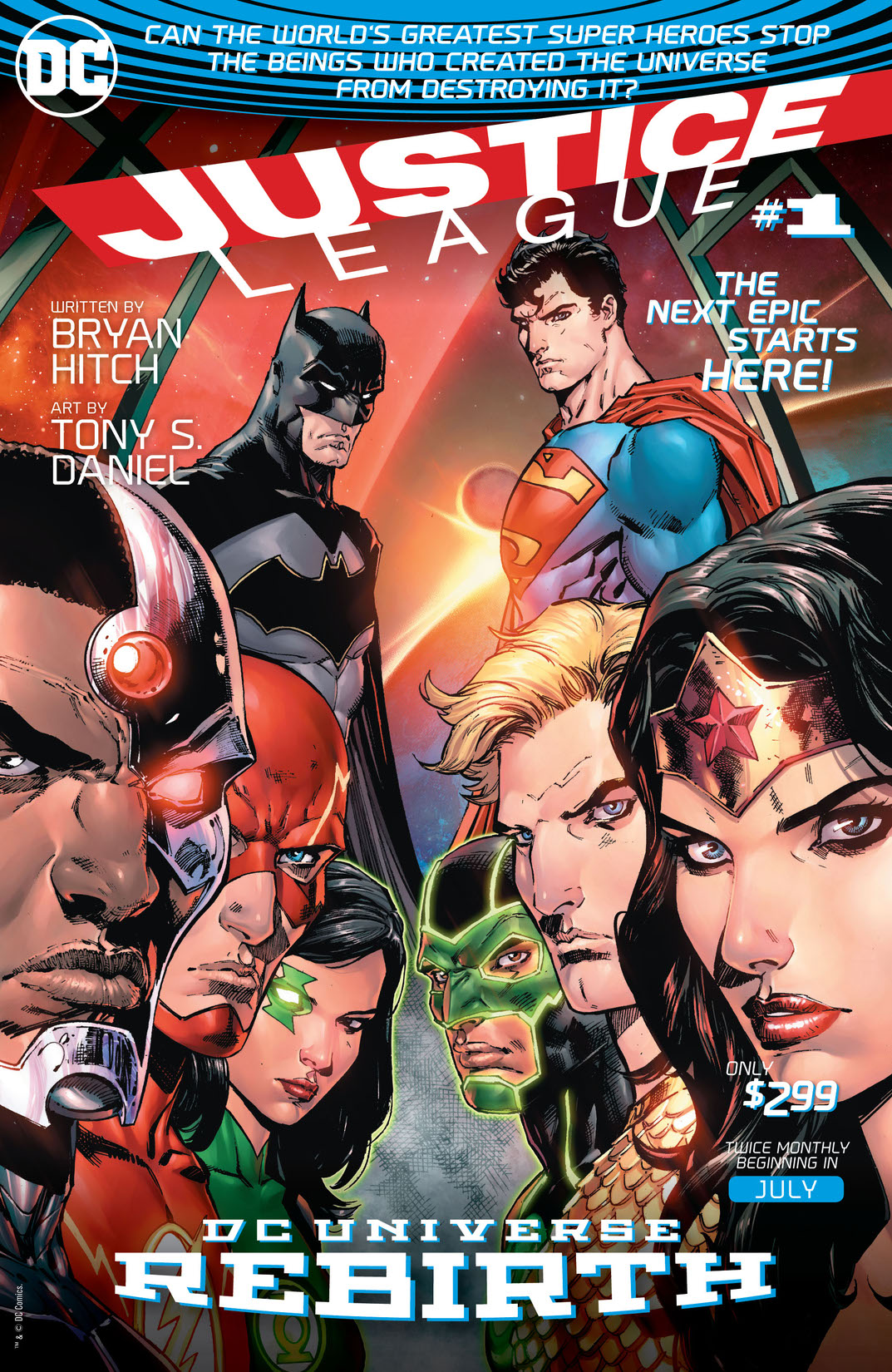 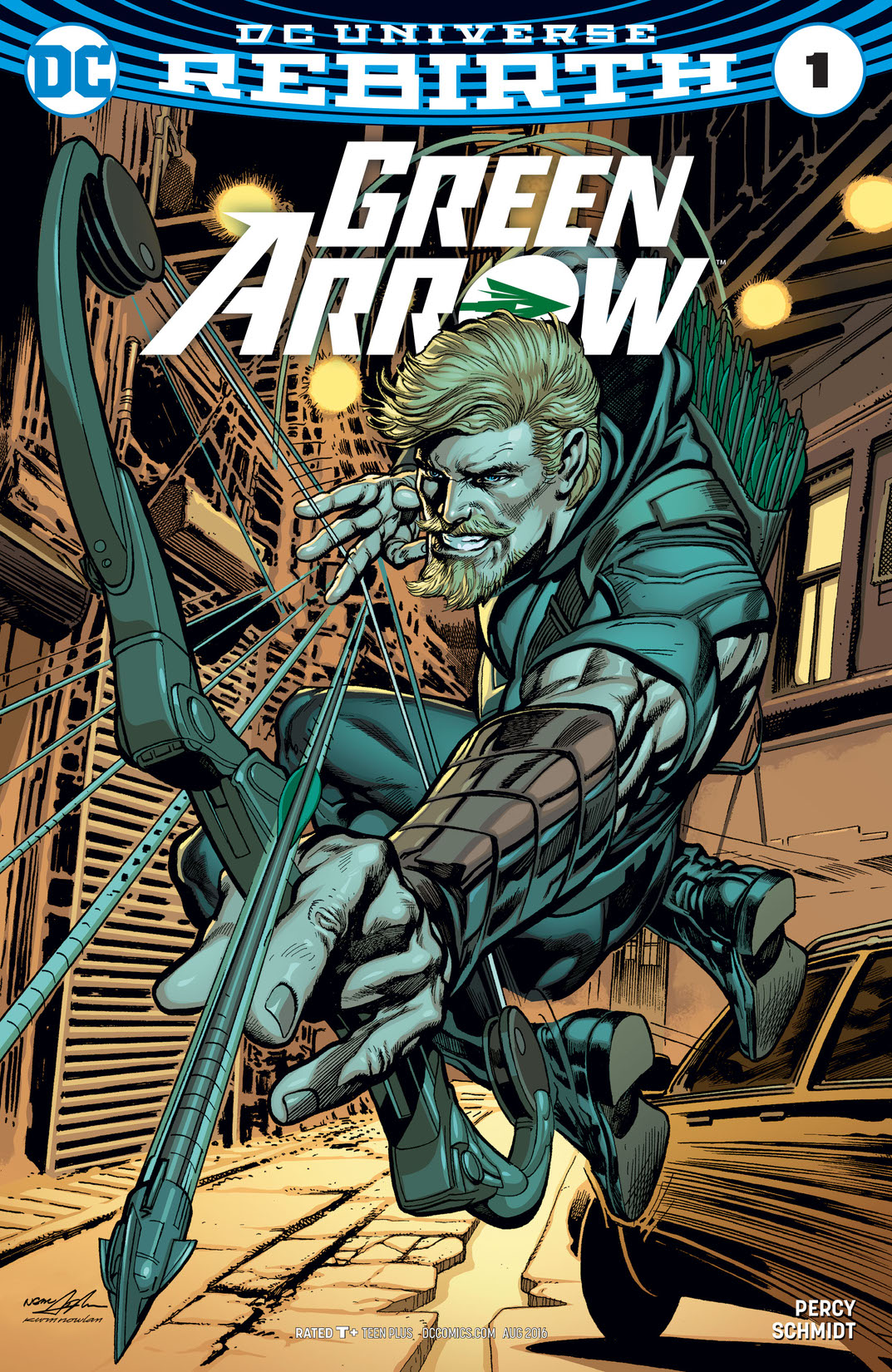 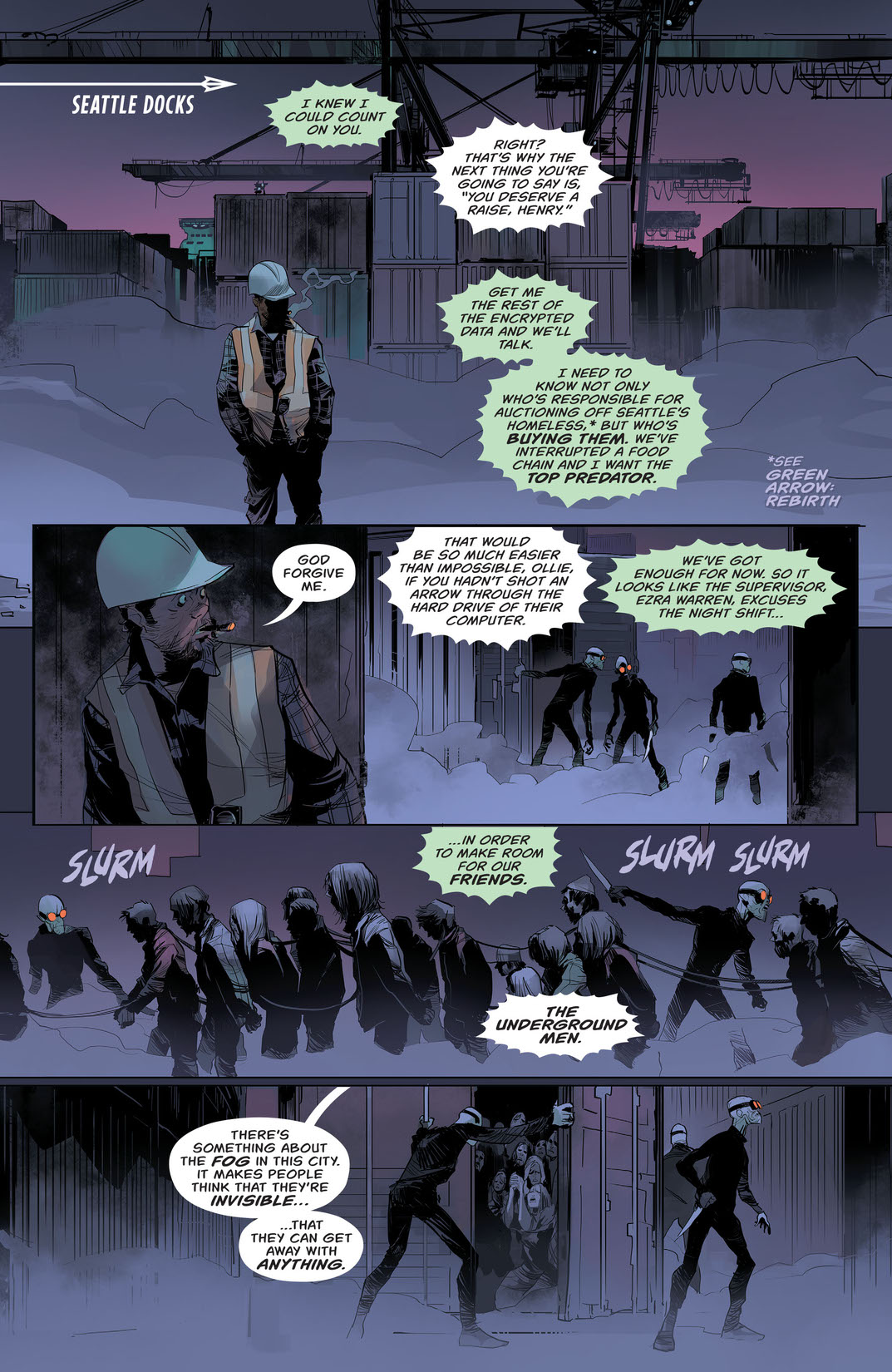 “THE DEATH AND LIFE OF OLIVER QUEEN” Chapter One As Oliver struggles with how he can fight “the man” when his huge fortune makes him the man, he and Black Canary uncover a deadly new threat to Seattle that cuts the Archer to the bone. THEY SAID IT: “My touchstones are [former GA writers] Dennis O’Neil and Mike Grell, while trying to make the series my own,” says writer Benjamin Percy. “Green Arrow will be a politically and culturally relevant series. Expect stories that aim a broadhead into the zeitgeist, that are ripped from the headlines.”