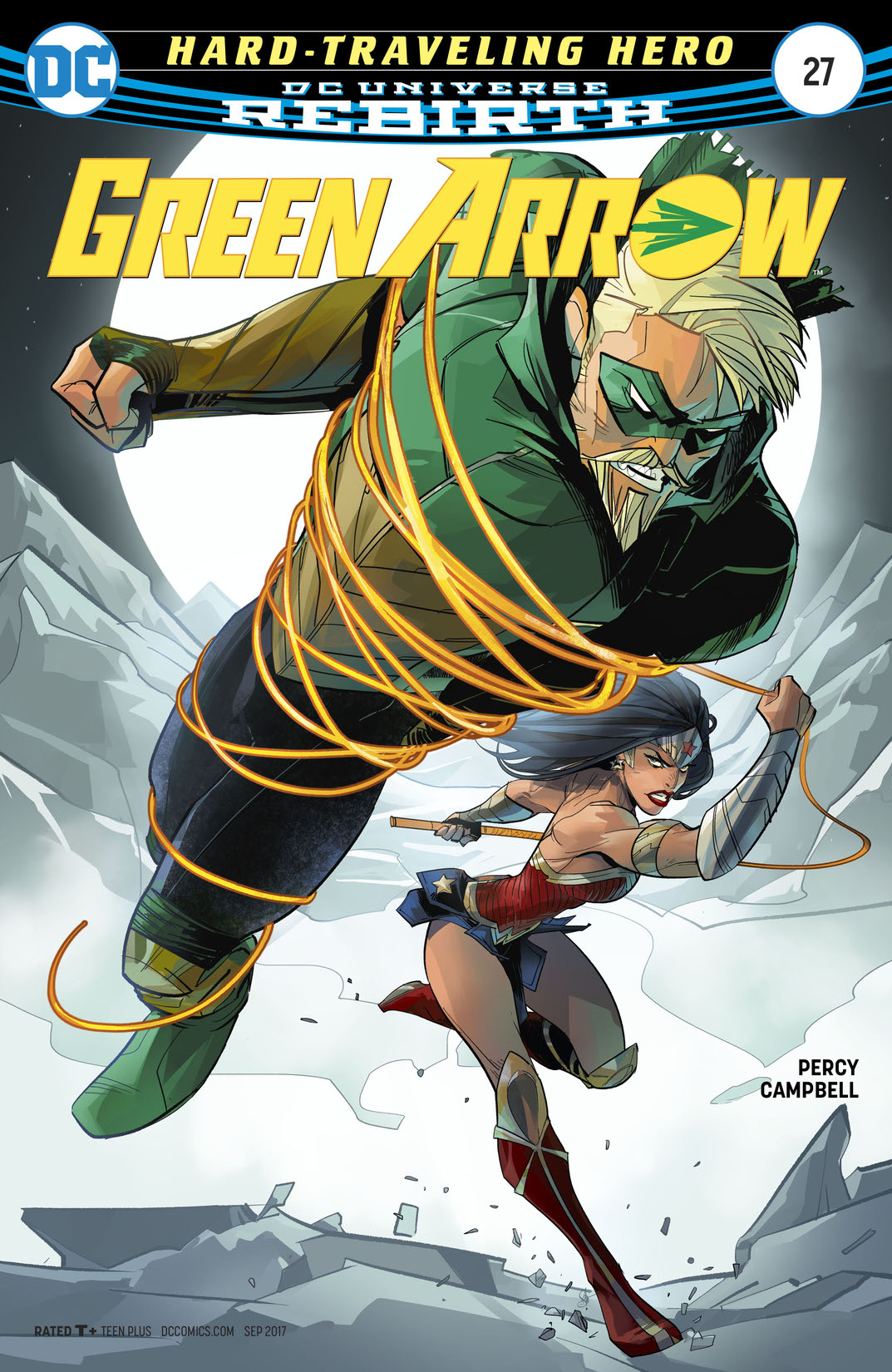 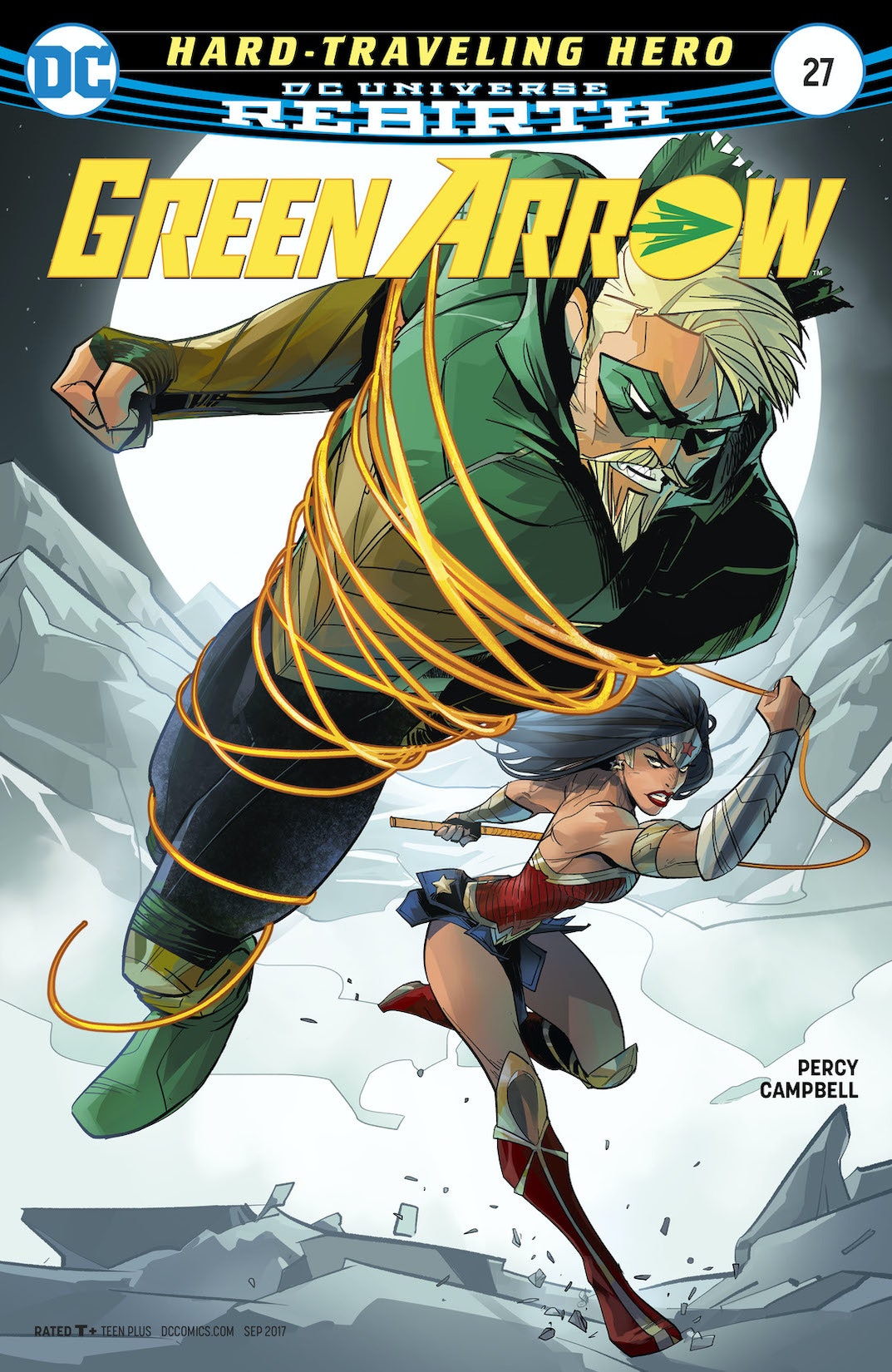 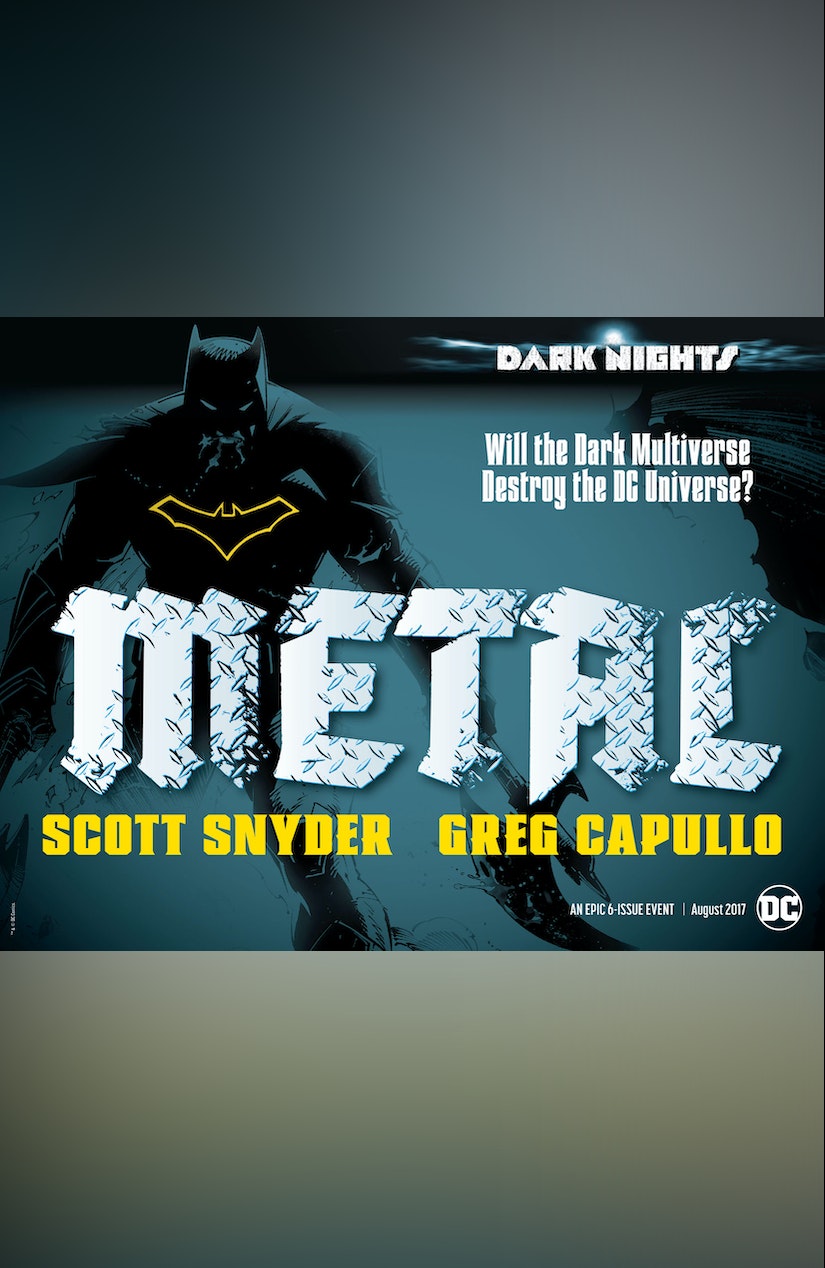 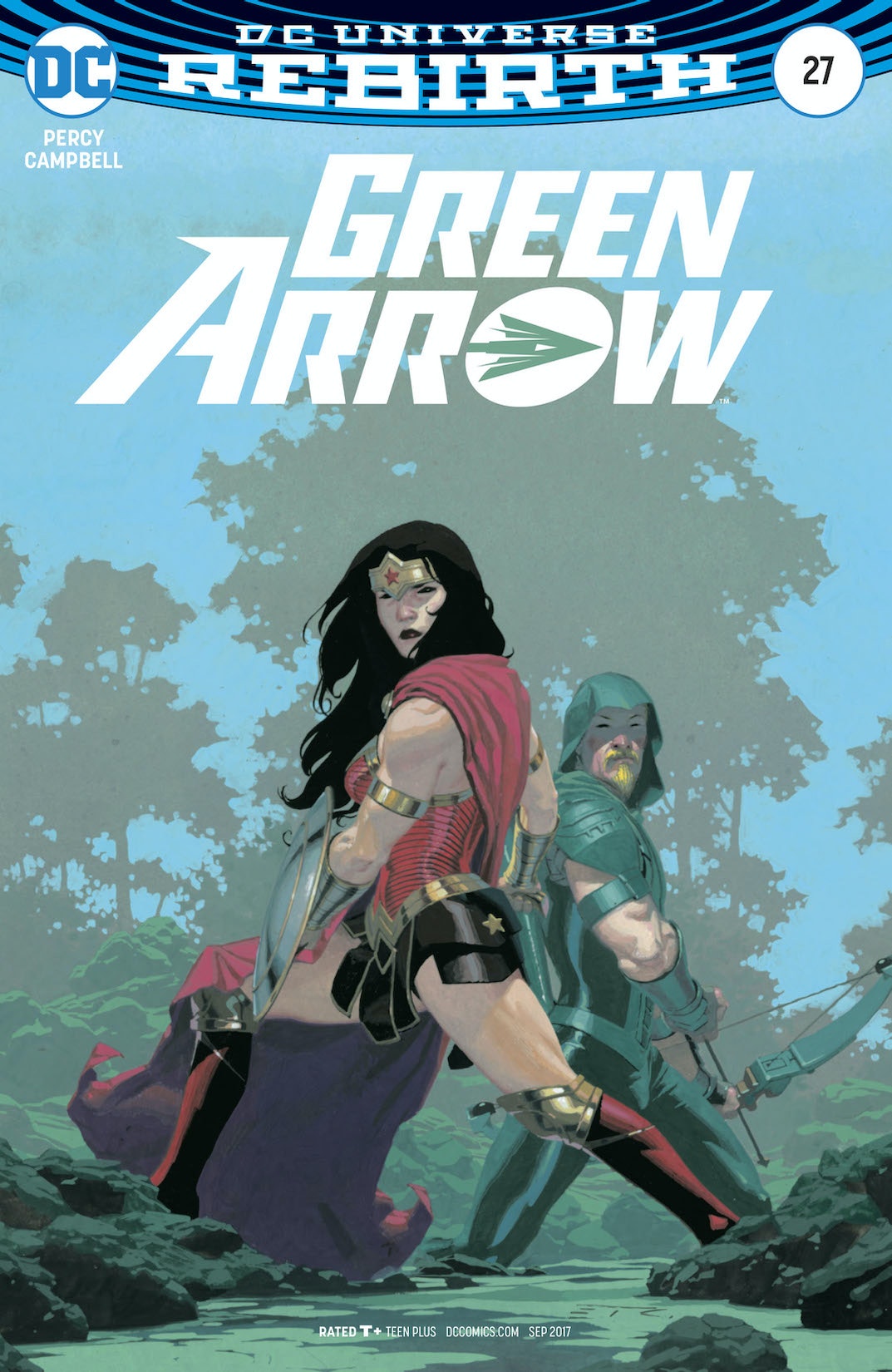 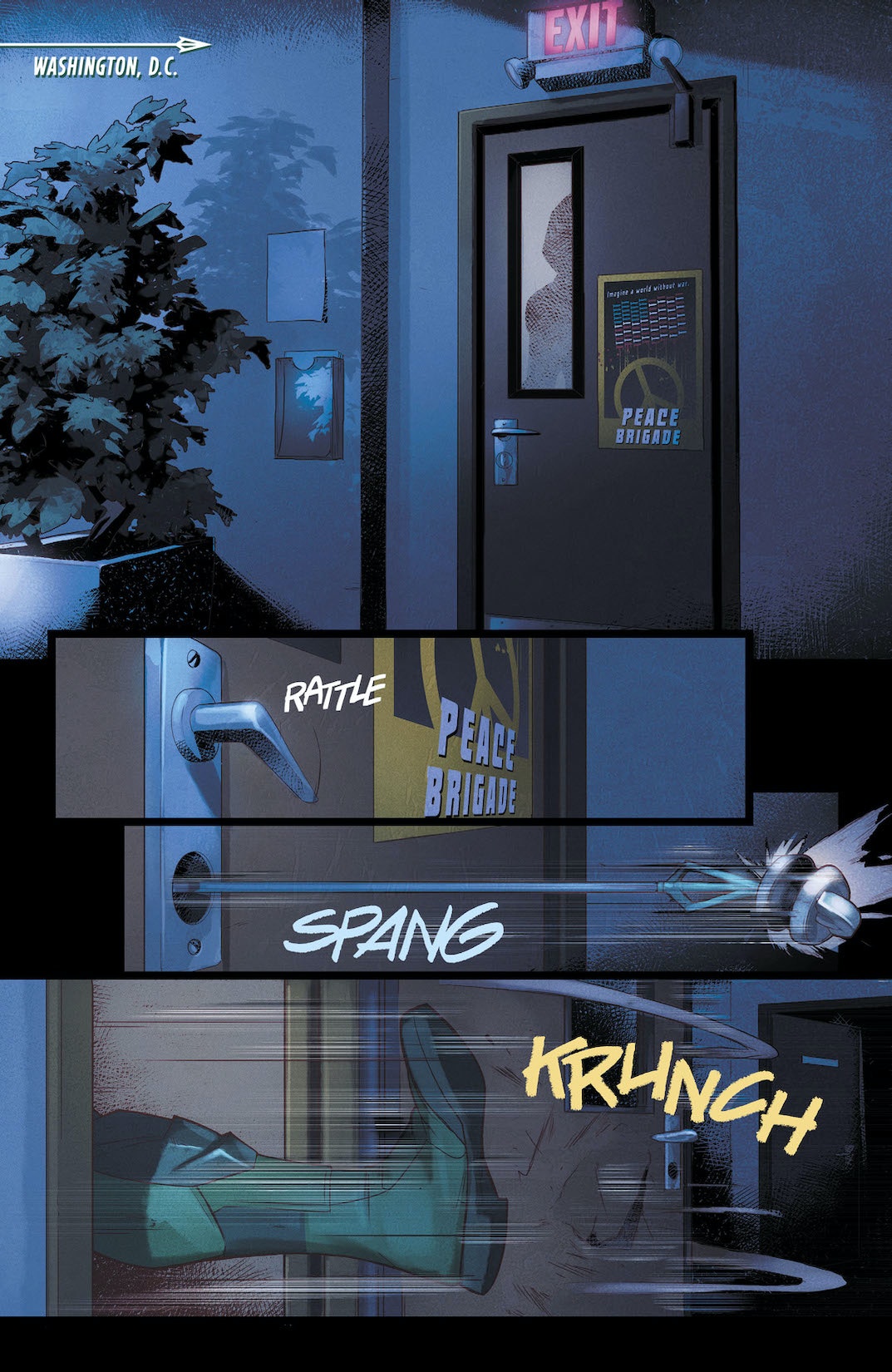 “HARD TRAVELING HERO” part two! Oliver Queen is a pillar of morality. A champion of ethics. The essence of truth. Or at least he thought so. The self-described people’s hero Green Arrow crosses paths with the Justice League’s real paragon of virtue, Wonder Woman, when his cross-country fight against the Ninth Circle puts both heroes’ muscle and mettle to the ultimate test.