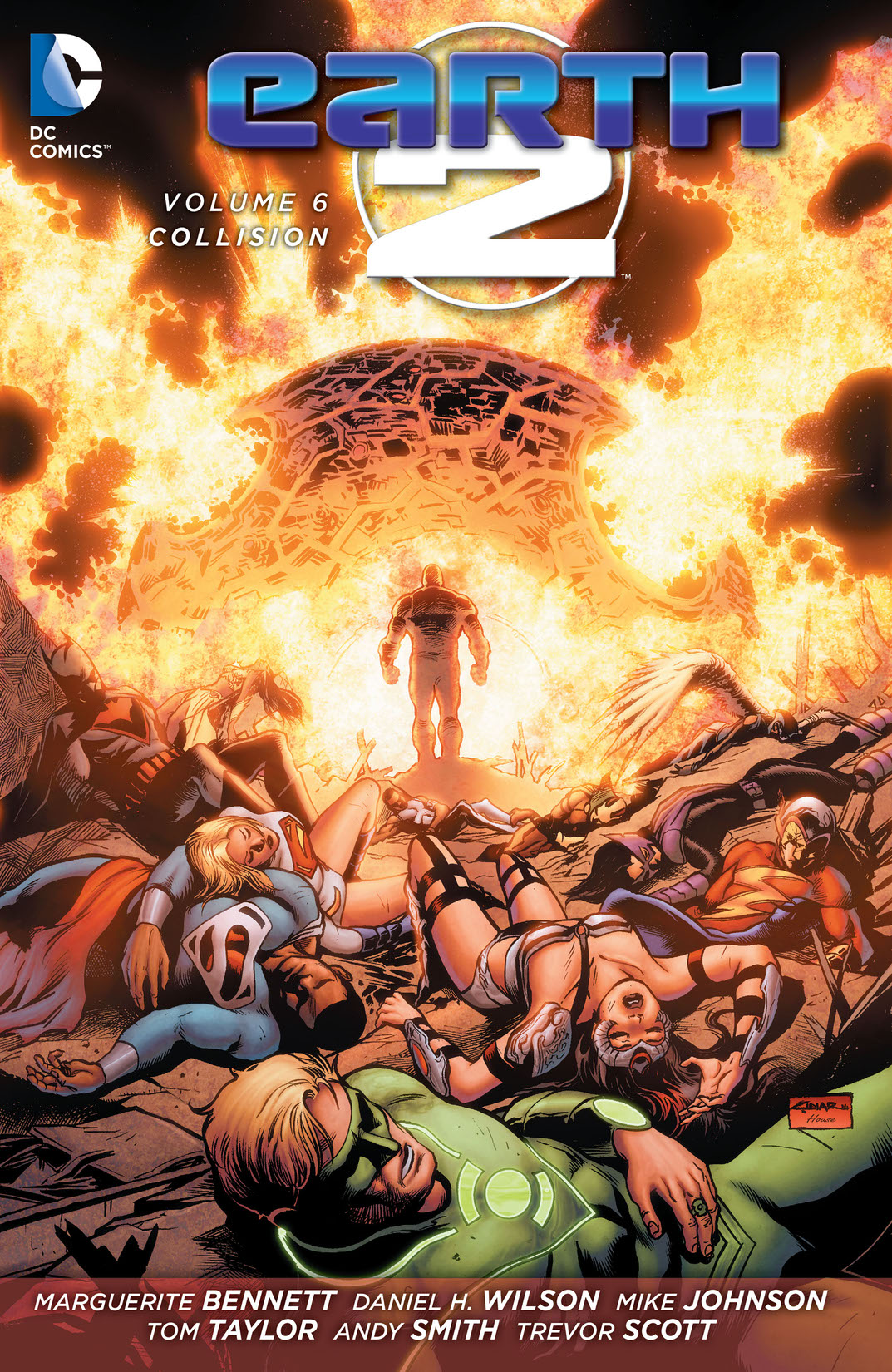 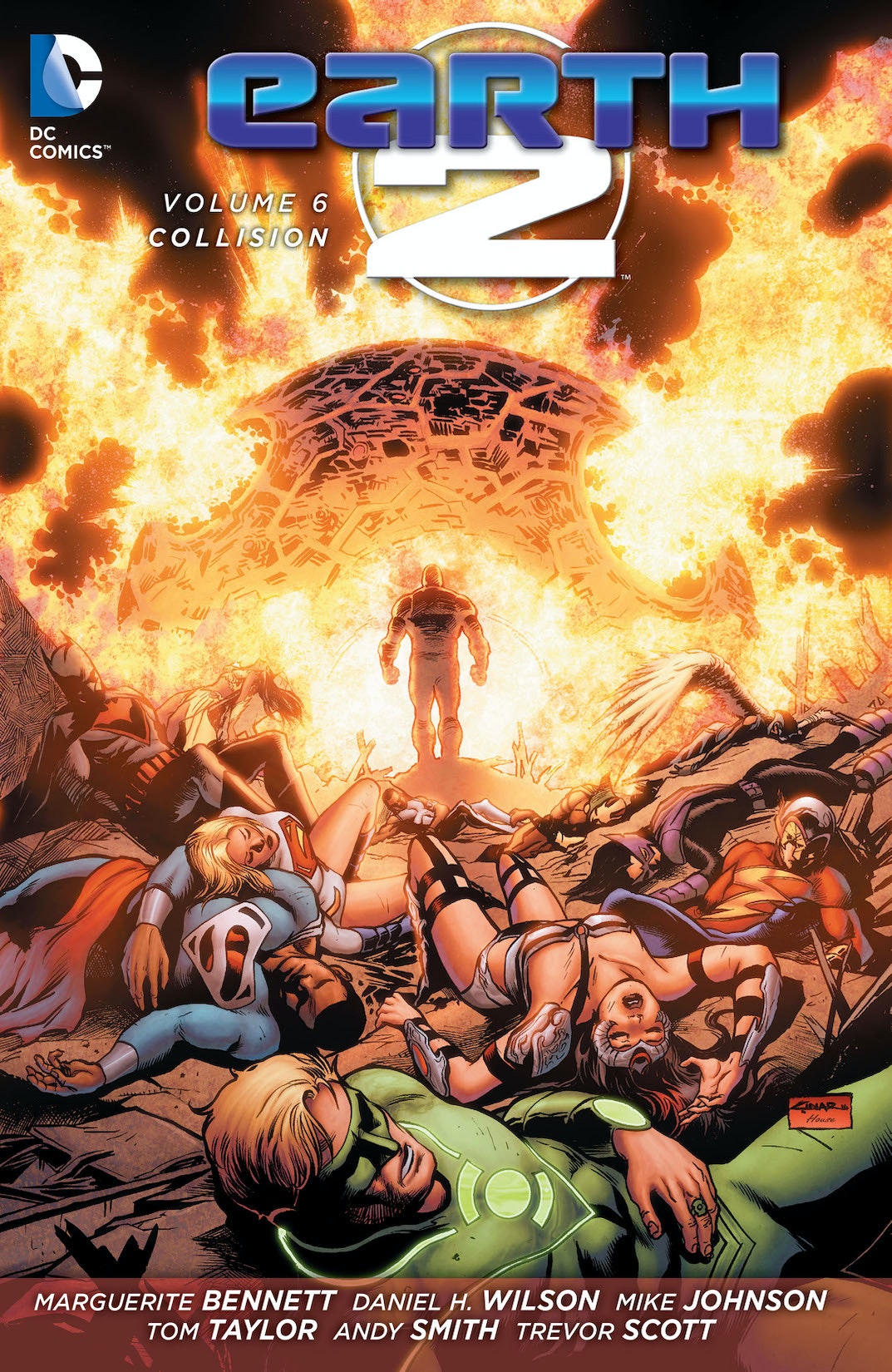 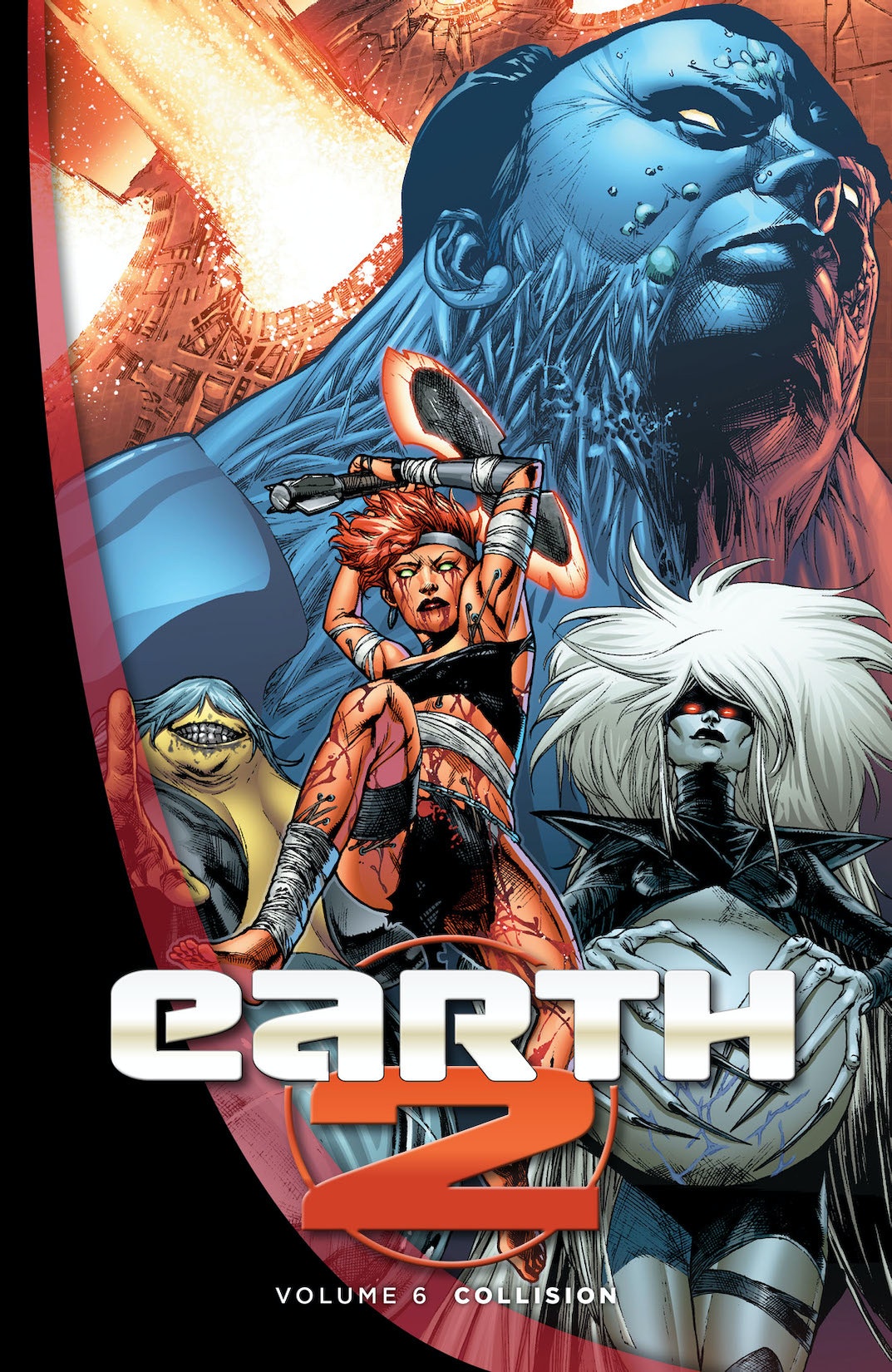 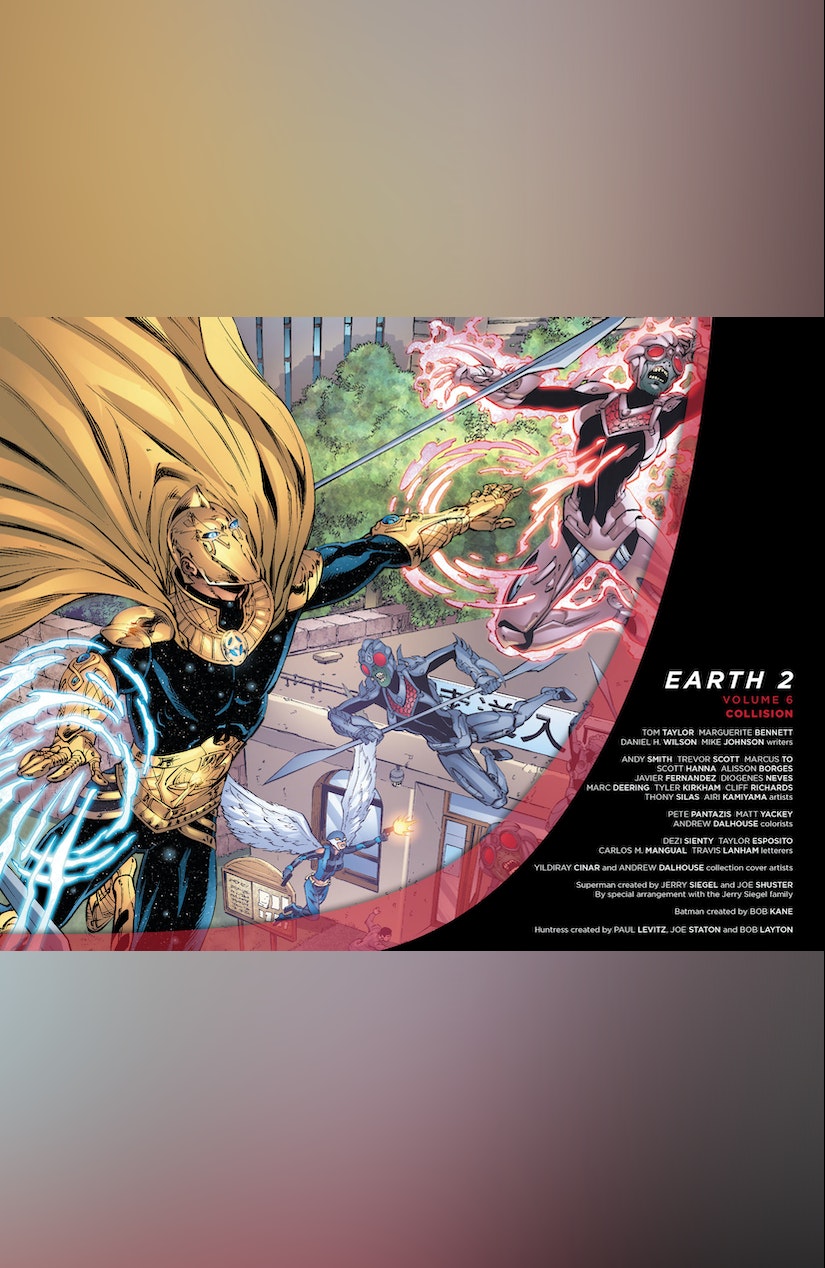 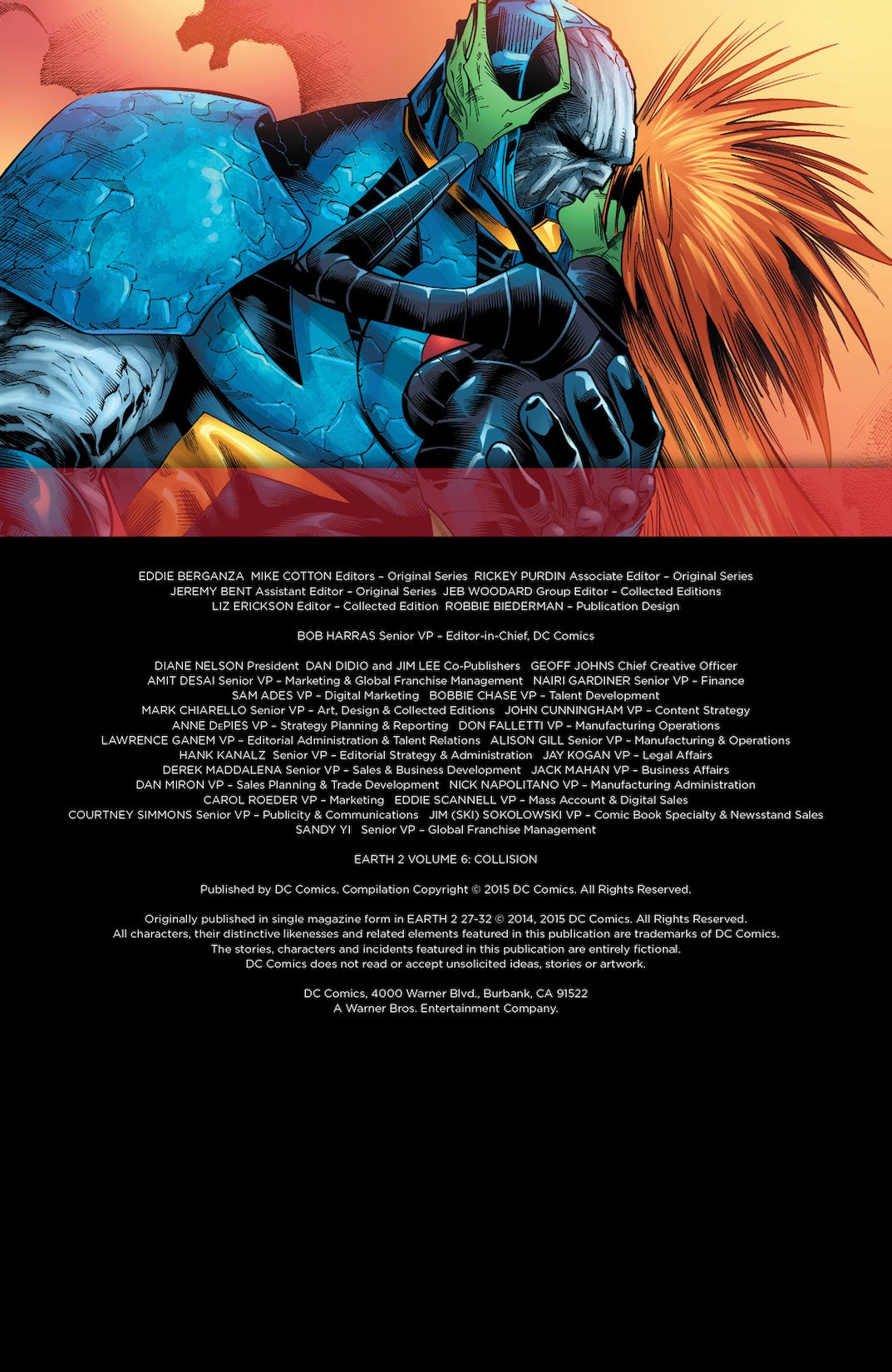 This may be humanity’s final hour. Cataclysm has come to Earth-2. The forces of Darkseid have struck back with a vengeance and Apokolips itself is attacking the earth, with Darkseid’s Furies leading the charge of destruction. But Earth-2 is not without its defenders. There are the heroes like Huntress, Power Girl and Batman. There are the soldiers of the World Army. There’s Green Lantern and his fellow Avatars of the earth. But it’s Dr. Fate, the powerful but inexperienced sorcerer, who alone may have the ability to repel Apokolips and save the planet. Dr. Fate could turn the tide against Apokolips-or, he could be handing absolute power and total victory to Earth’s enemies! World’s End has come to Earth-2, from writers Daniel H. Wilson (Robopocalypse), Marguerite Bennett (DC COMICS: BOMBSHELLS), Tom Taylor (INJUSTICE: GODS AMONG US: YEAR THREE) and Mike Johnson (SUPERGIRL), and artist Andy Smith (TEEN TITANS: FUTURE’S END). EARTH 2 VOL. 6: COLLISION collects issues #27-32.