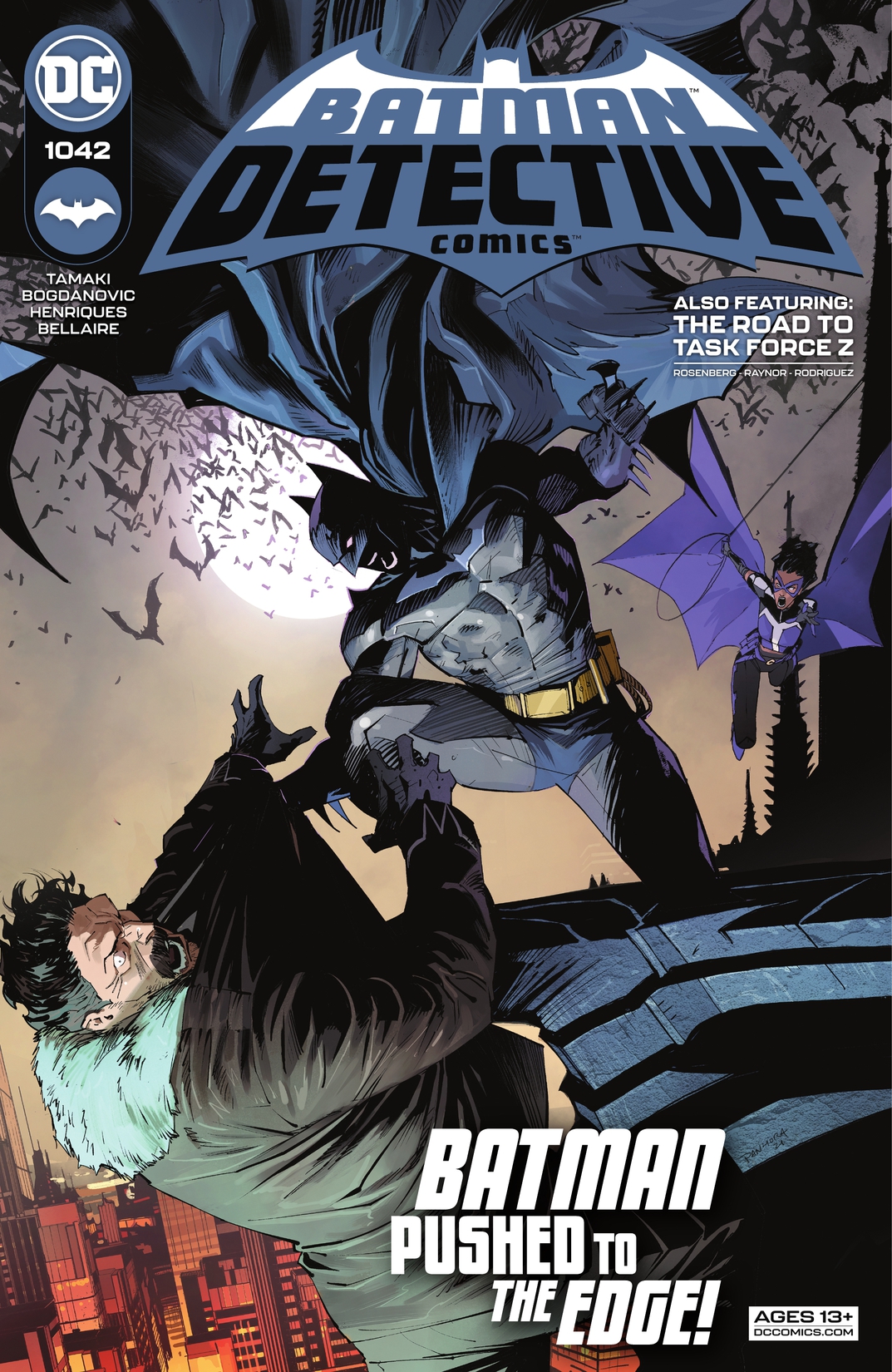 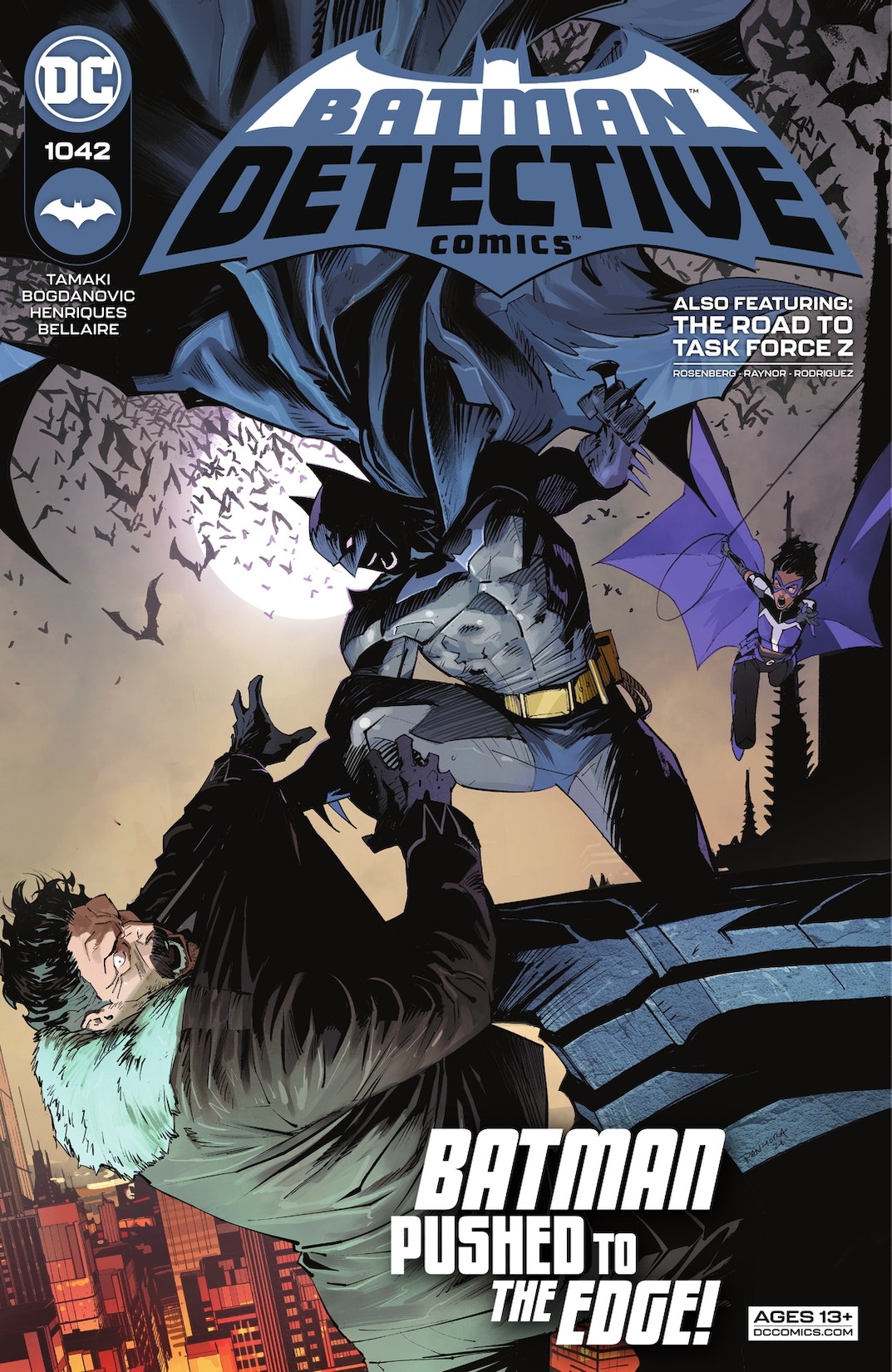 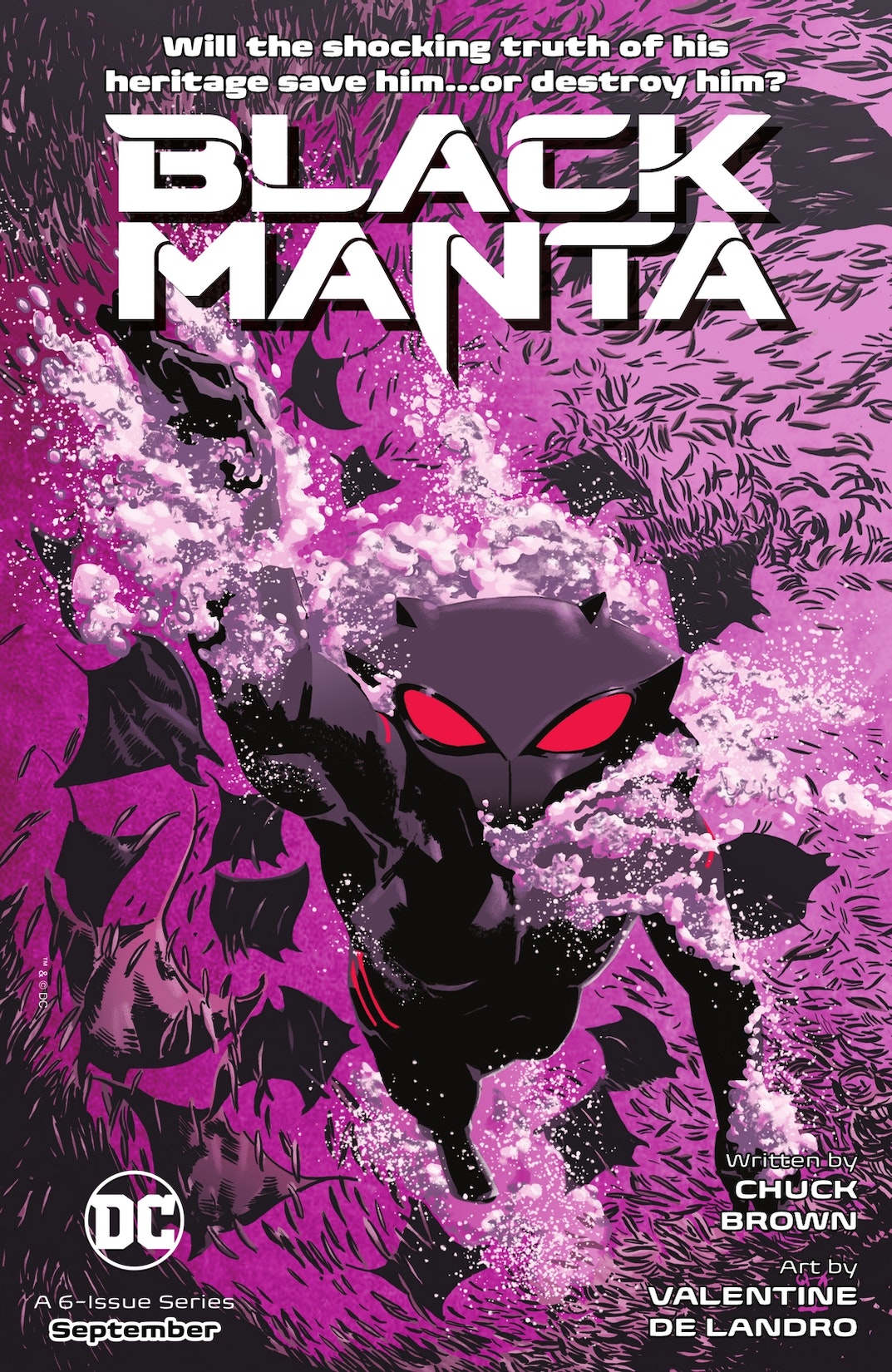 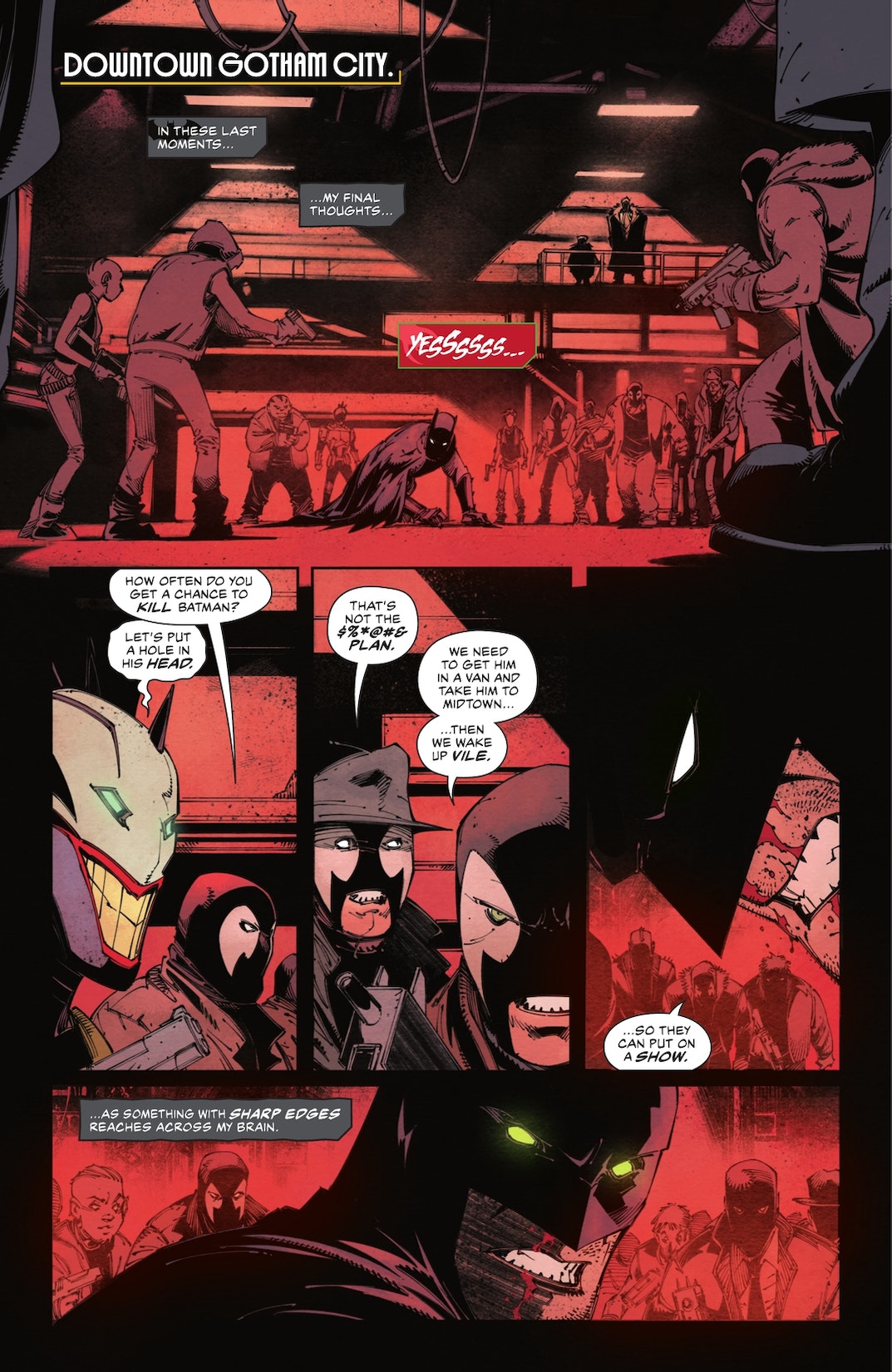 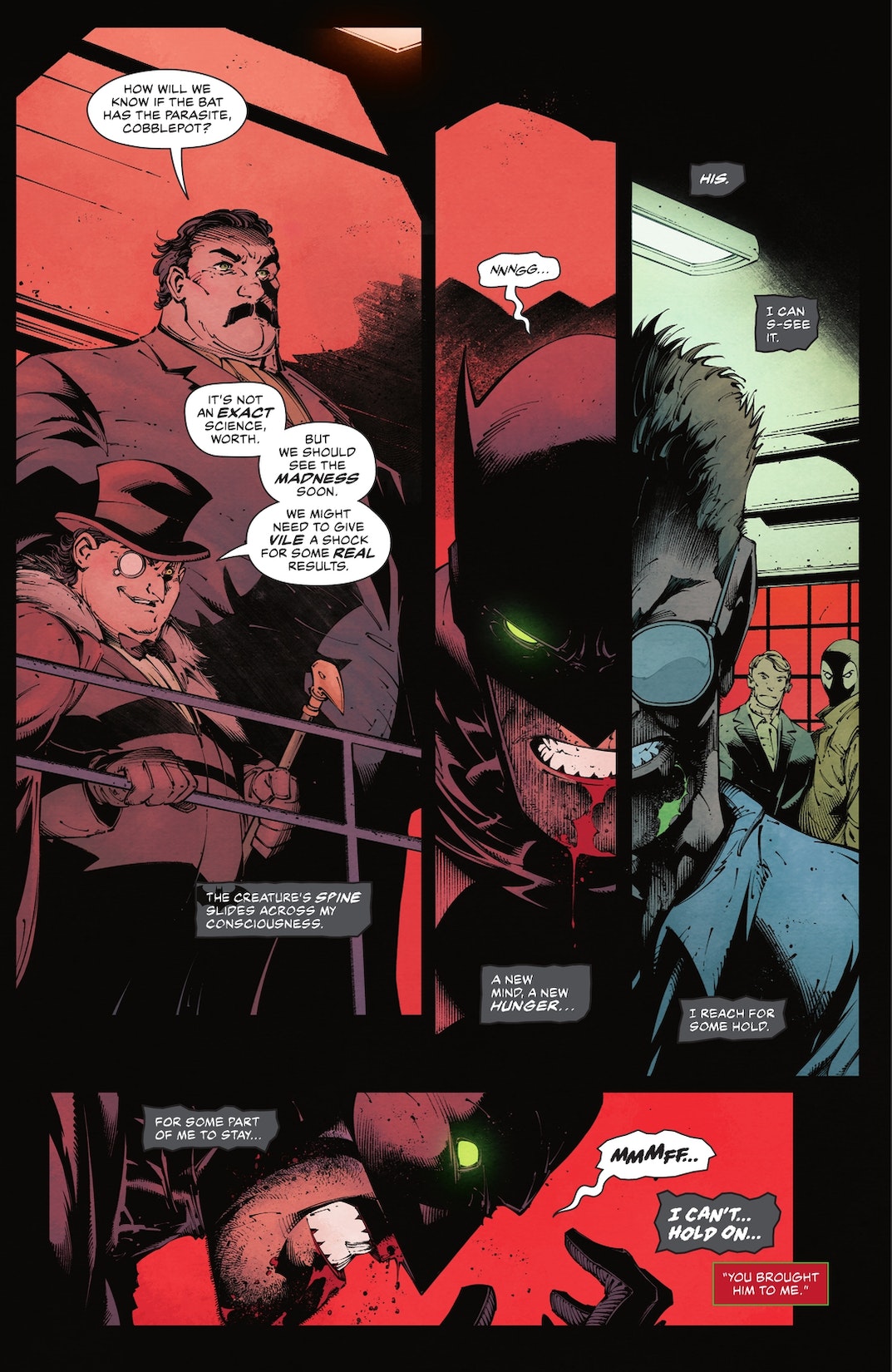 Batman rampages through the underworld of Gotham! Driven to a violent madness courtesy of the Jury’s “Vile” serum, the Dark Knight crushes bones, makes a scene, and gives costumed vigilantes in Gotham a very bad name. But will the Jury’s plan backfire? Can a violent rage-machine packed with money, weapons, and an insatiable bloodlust possibly end well for Mr. Worth and his Jury? That giant plunge from a building might be the answer... Backup: Countdown to Task Force Z: Part Two! When Red Hood shows up in your apartment, you know you’ve done something drastically wrong. Jason Todd teams up with Deb Donovan to uncover the mysterious disappearances in Gotham, and their search brings them to the missing body of Bane! Look alive because death seems to be knocking at the door...