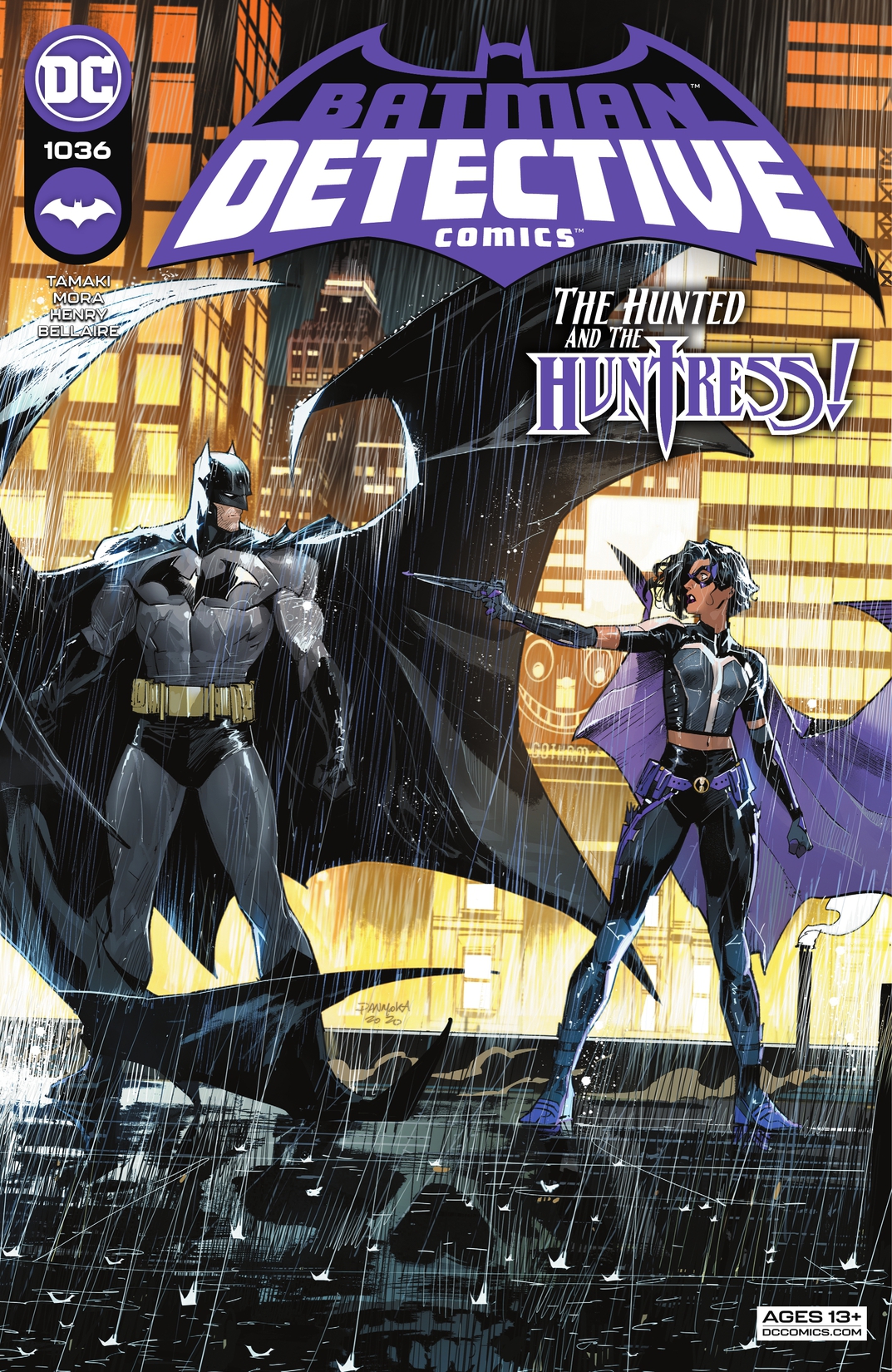 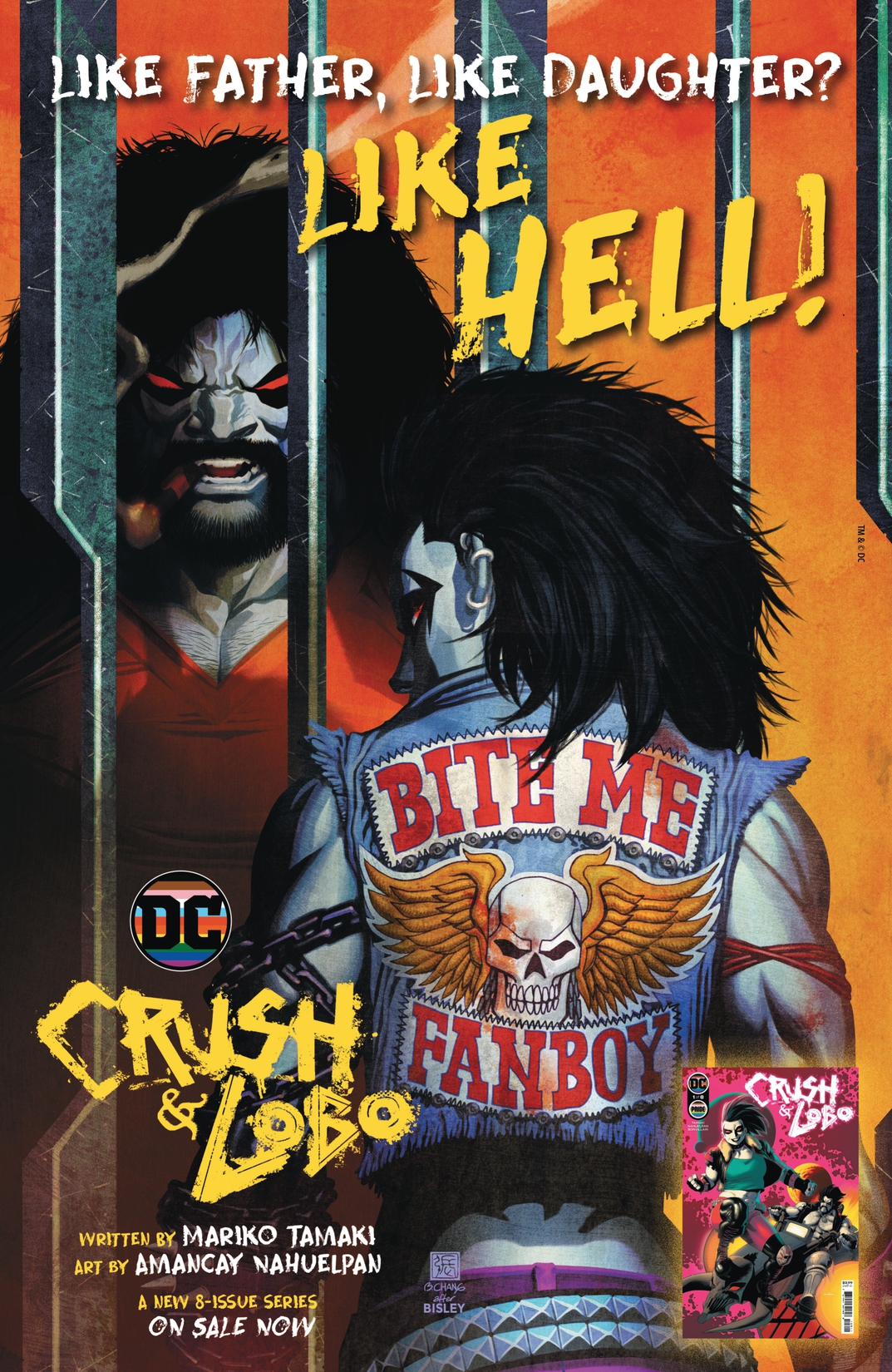 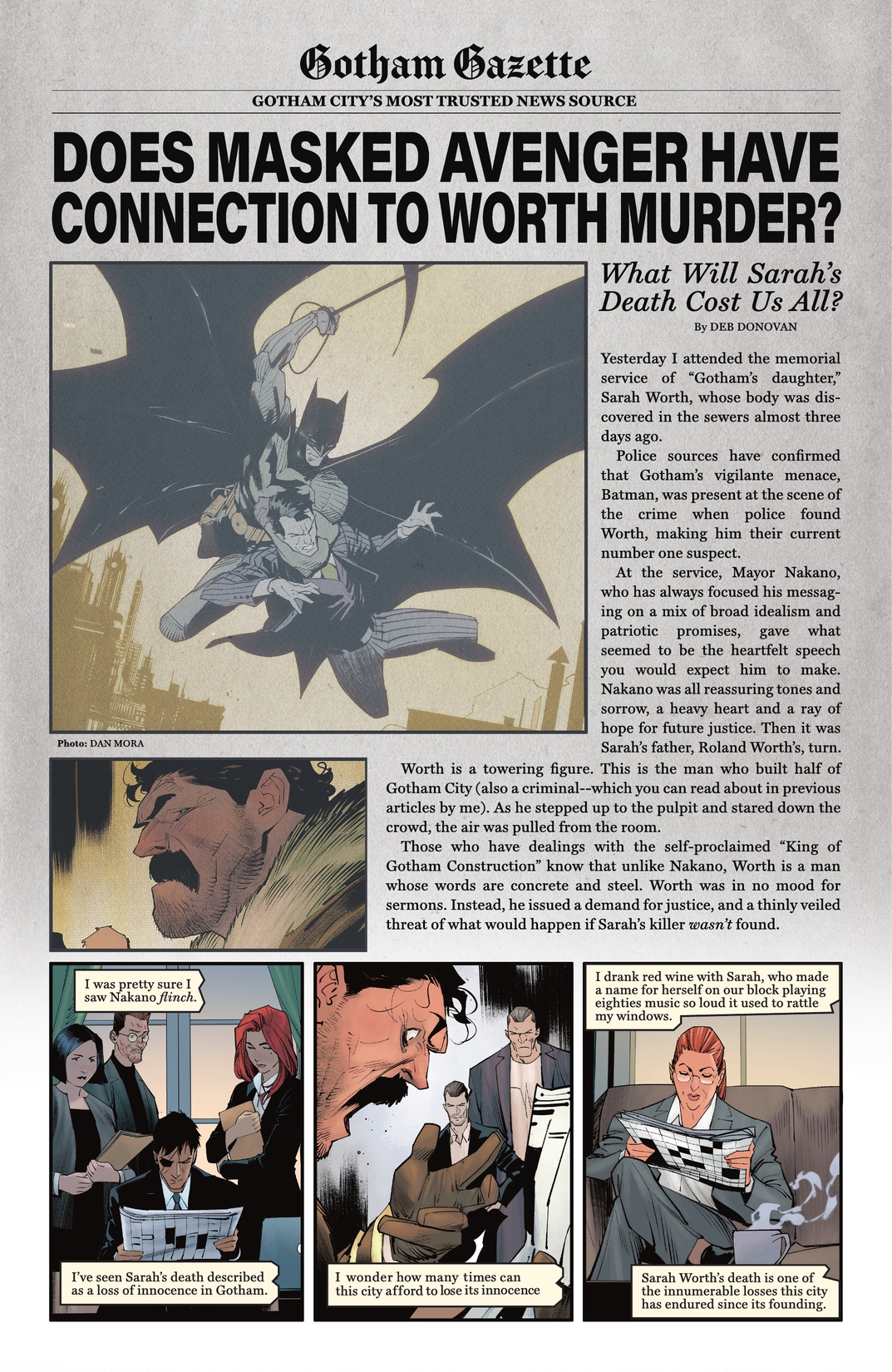 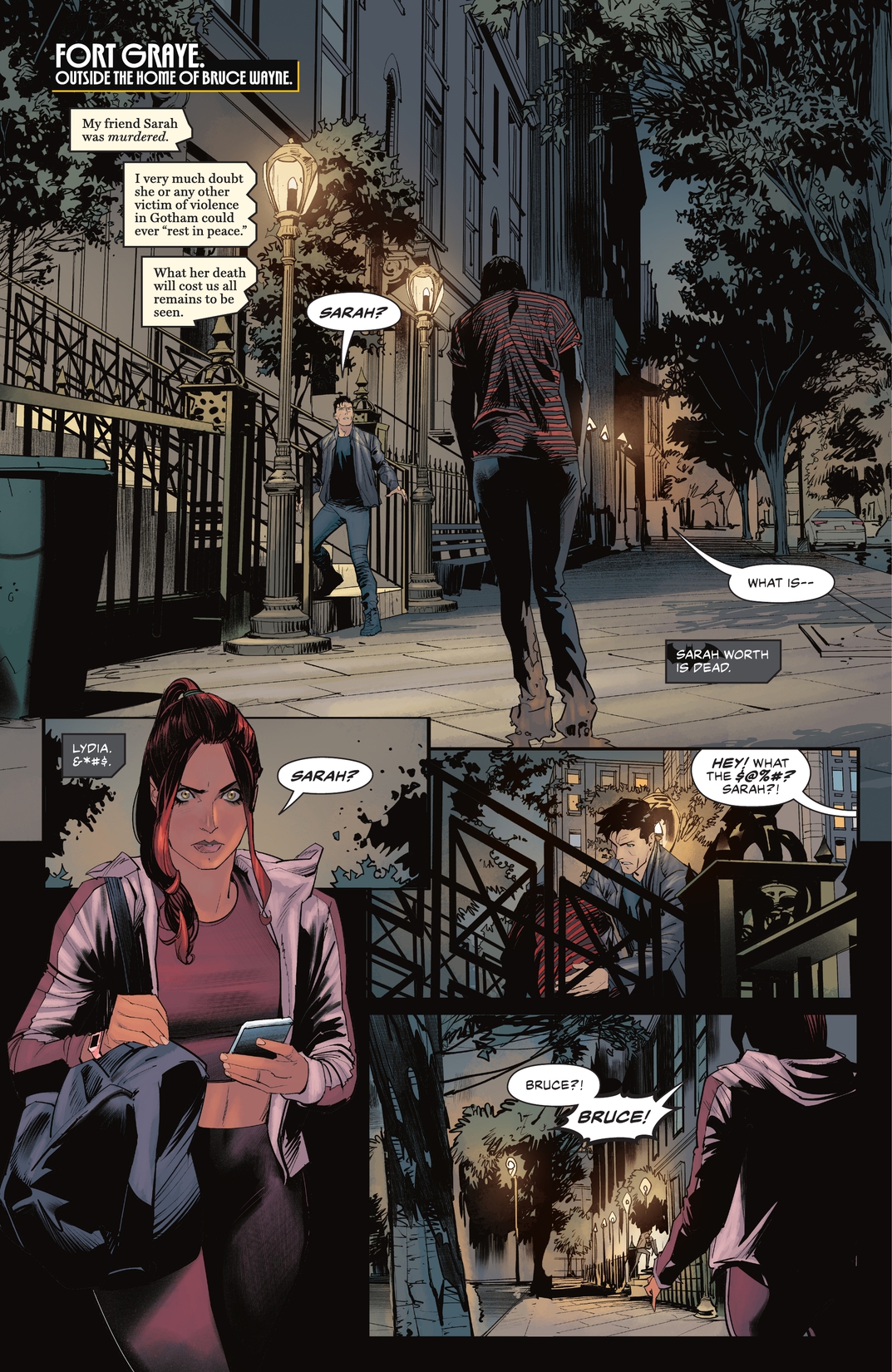 Batman versus Huntress! As the Dark Knight delves into the mystery of Sarah Worth’s murder, the only witness who truly knows what happened that fateful evening is Batman’s only hope to clear his name. But another hunter is stalking the mysterious killer plaguing the city-and Huntress has also set her sights on Bruce Wayne! The Violet Vengeance of Gotham unleashes holy hell on Batman as trouble brews above and below the city streets! And the backup story, “Huntress and the Hunted,” zeroes in on Gotham’s own Violet Vengeance! In the previous chapter, her world was rocked by the gruesome murder of a dear friend...but there’s more to this sinister scene than meets the eye!