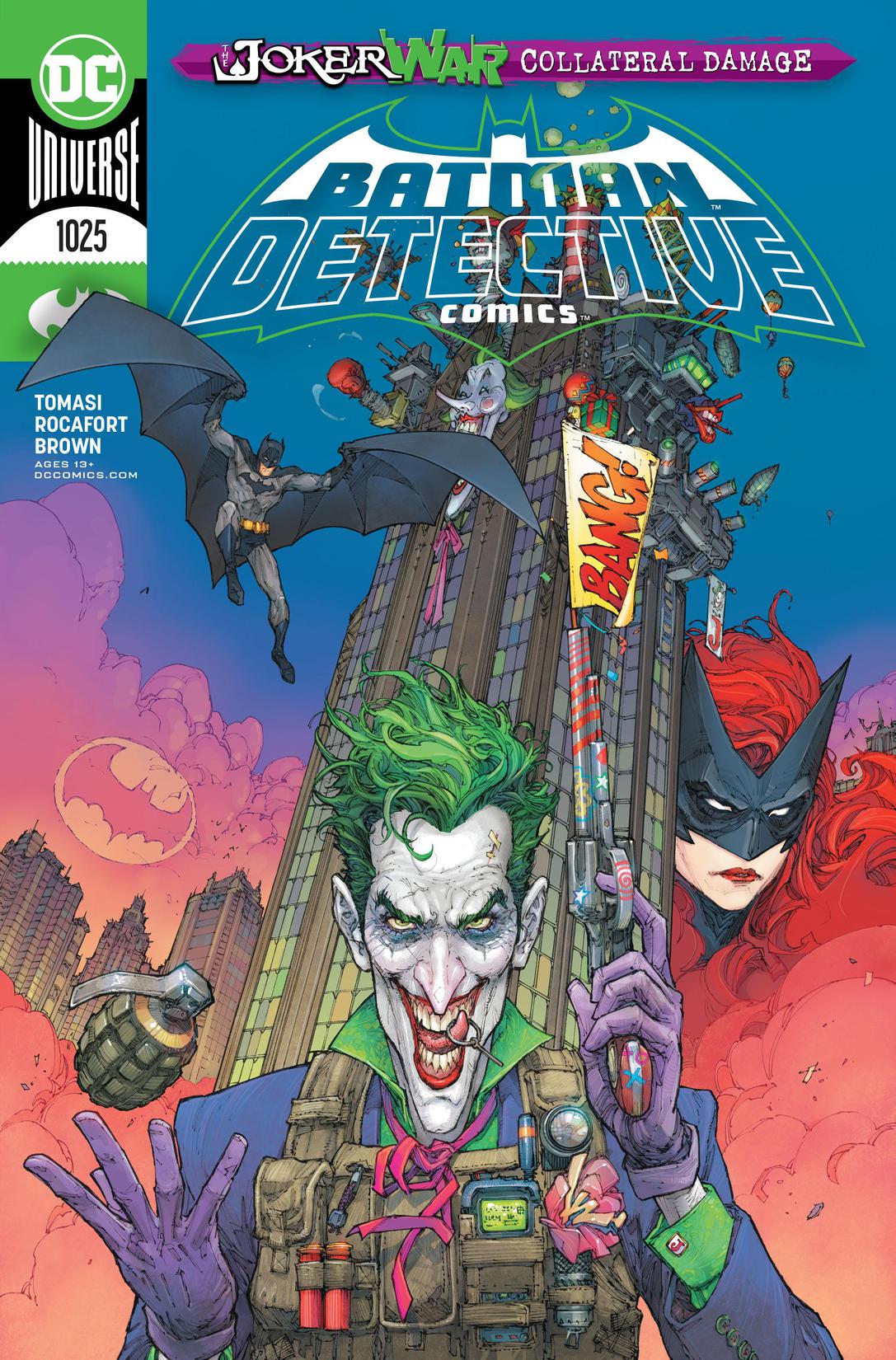 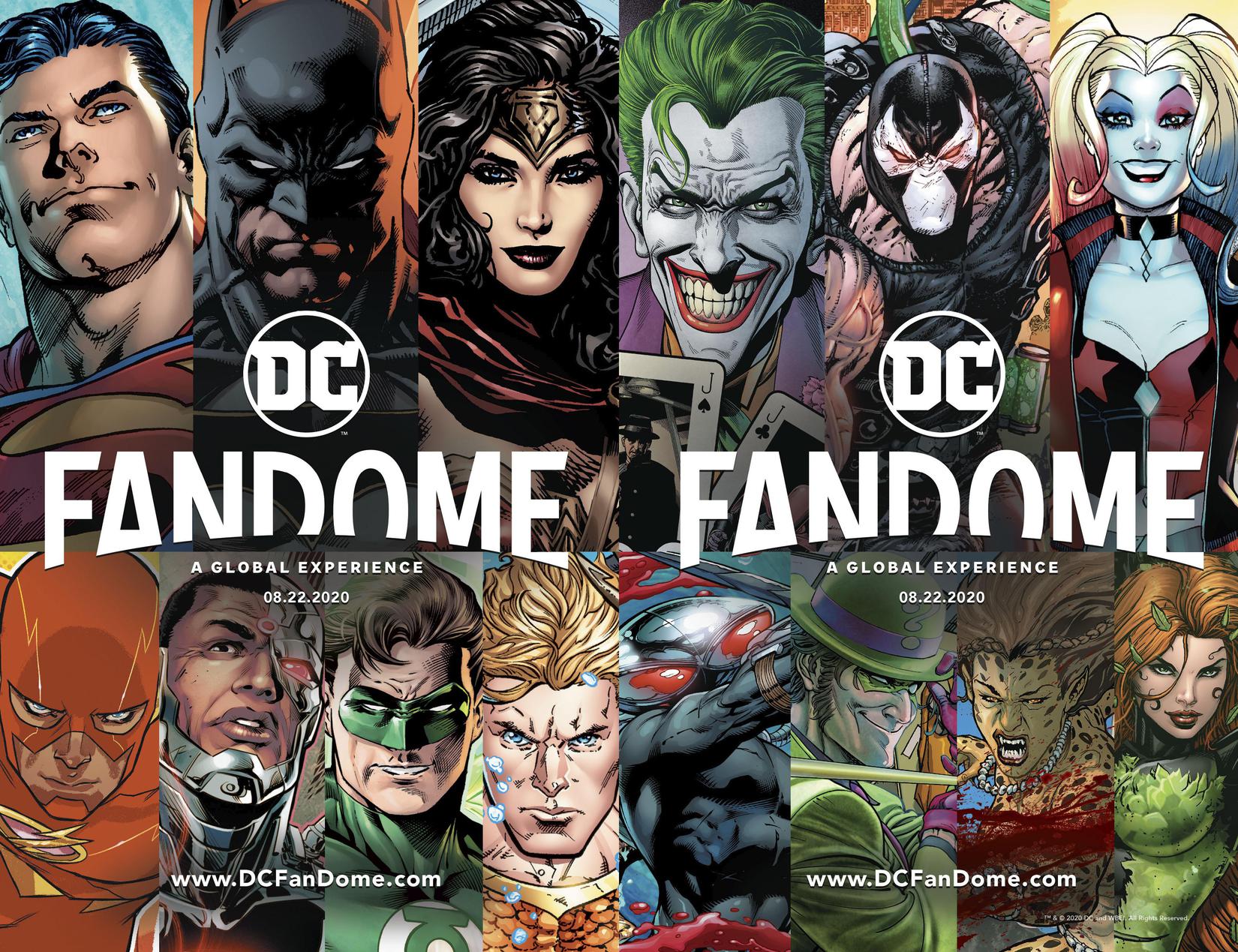 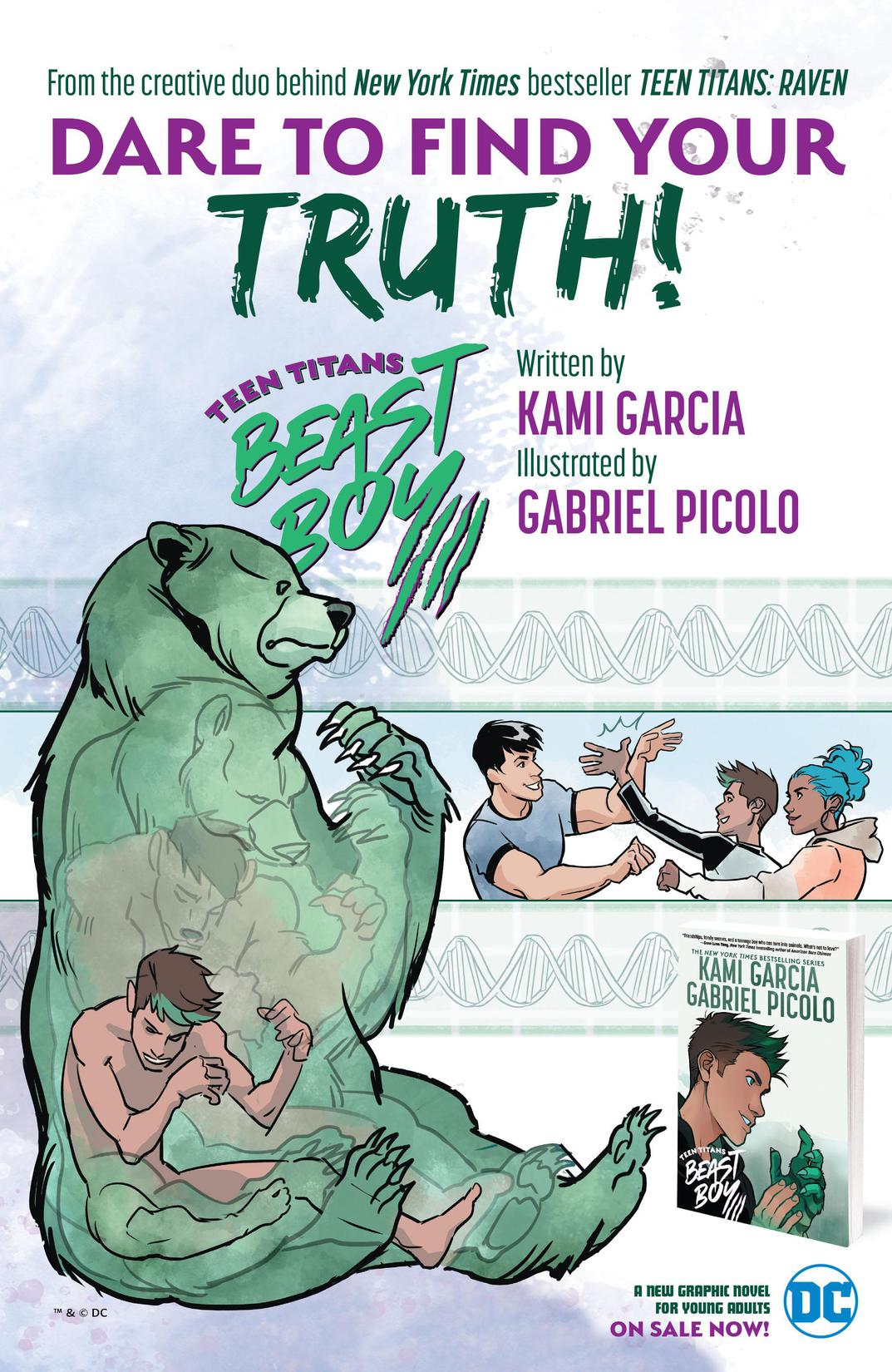 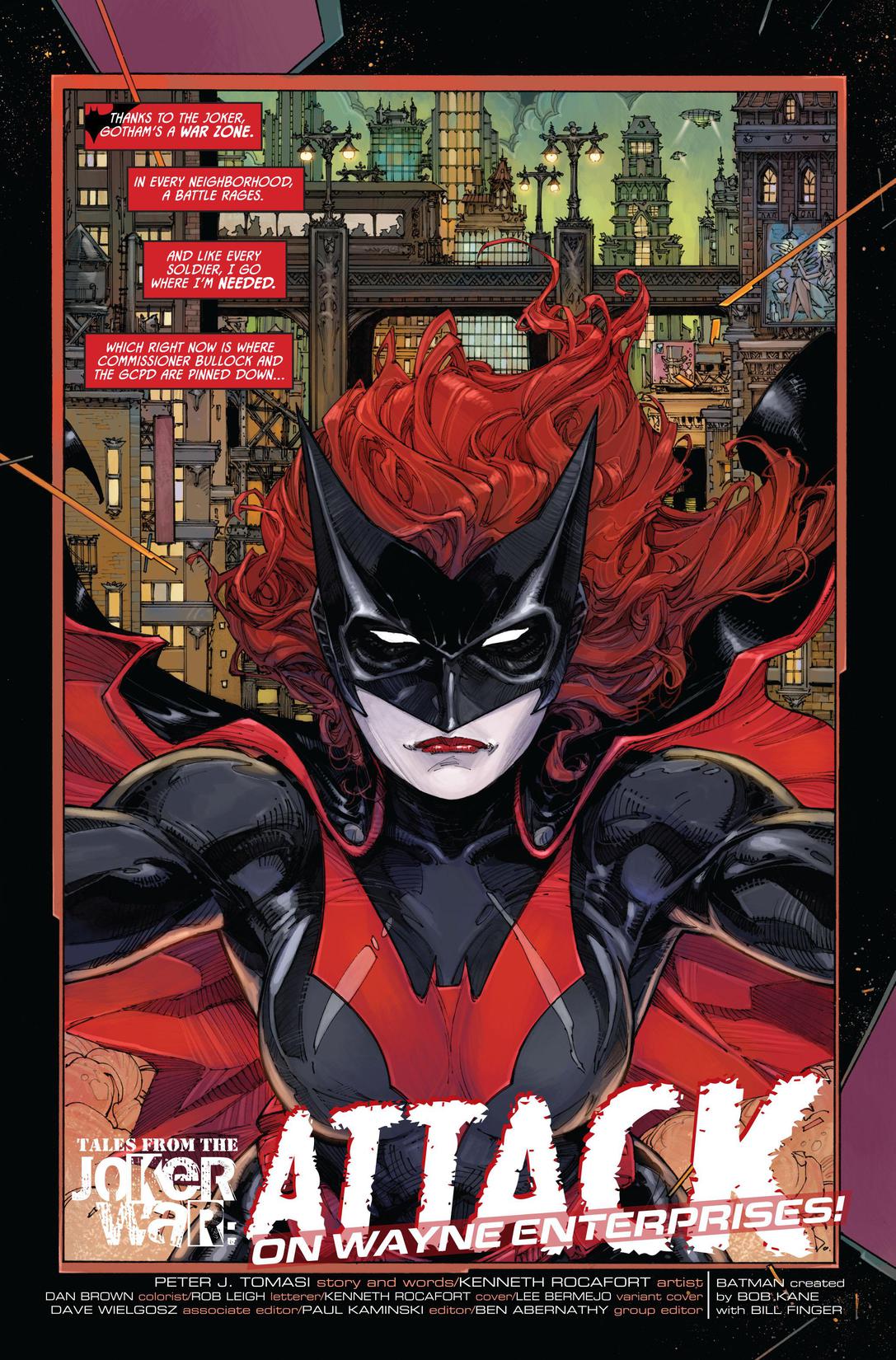 “The Joker War” explodes with an assault on Wayne Enterprises! The Joker has taken control of Waynetech R&D-and with it, all the weapons hidden in its sublevels-plus Lucius Fox as a hostage! The Joker and his clown-masked henchmen are now using Wayne Enterprises as an armory, using sophisticated 3-D printers to produce weapons to rule Gotham City...but Batman and Batwoman might have something to say about that. It’s all-out action in this nonstop issue!