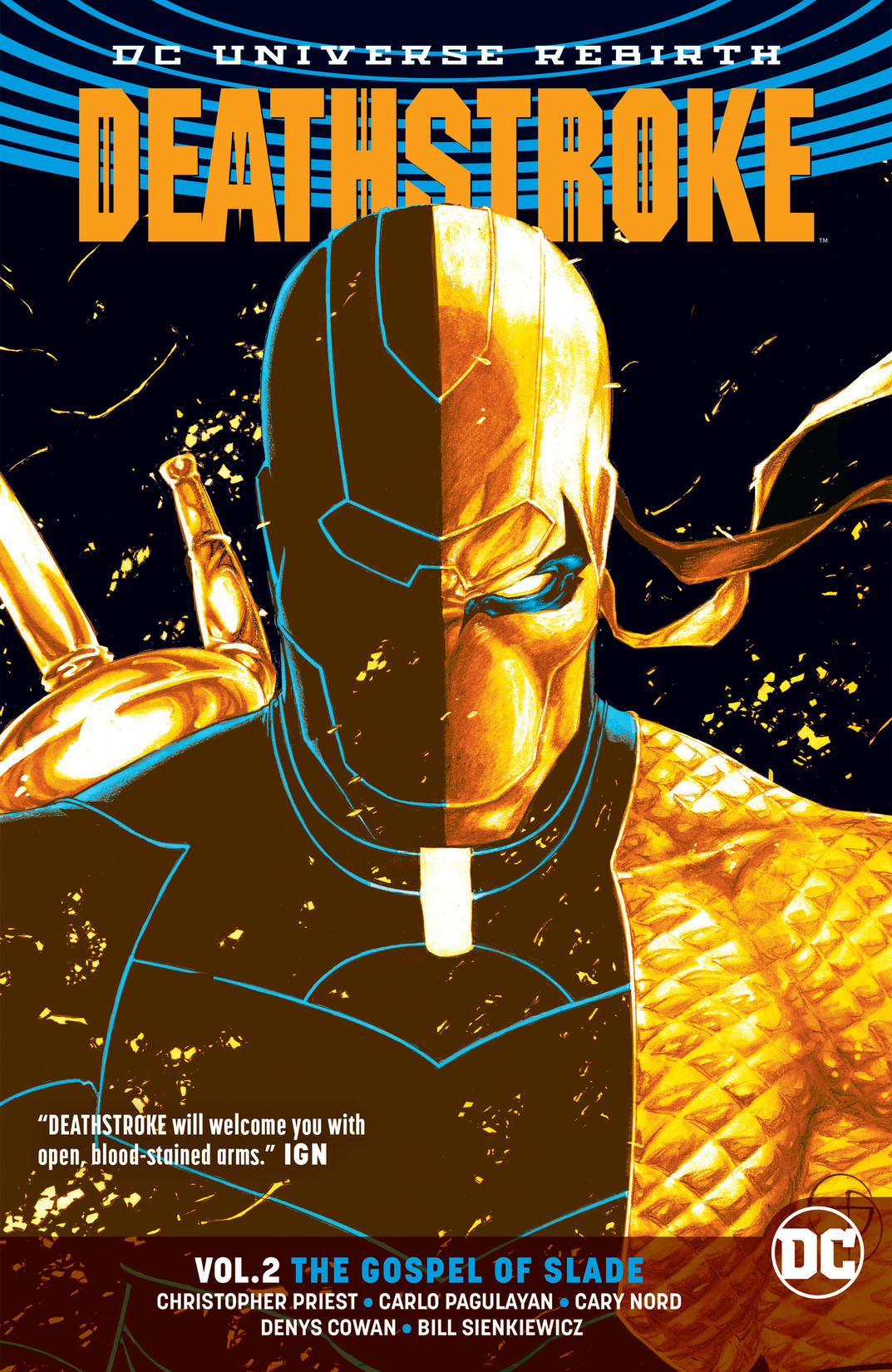 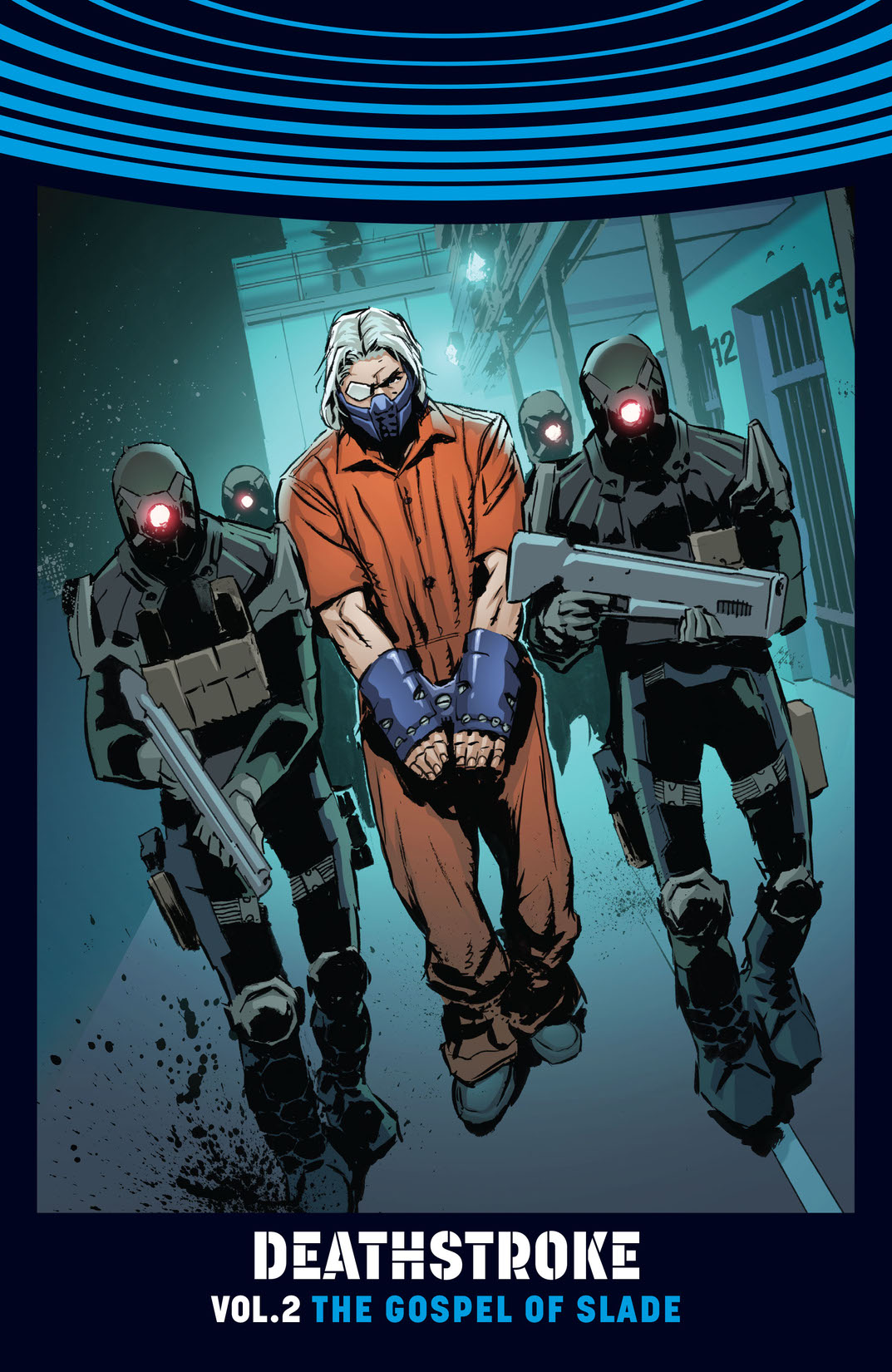 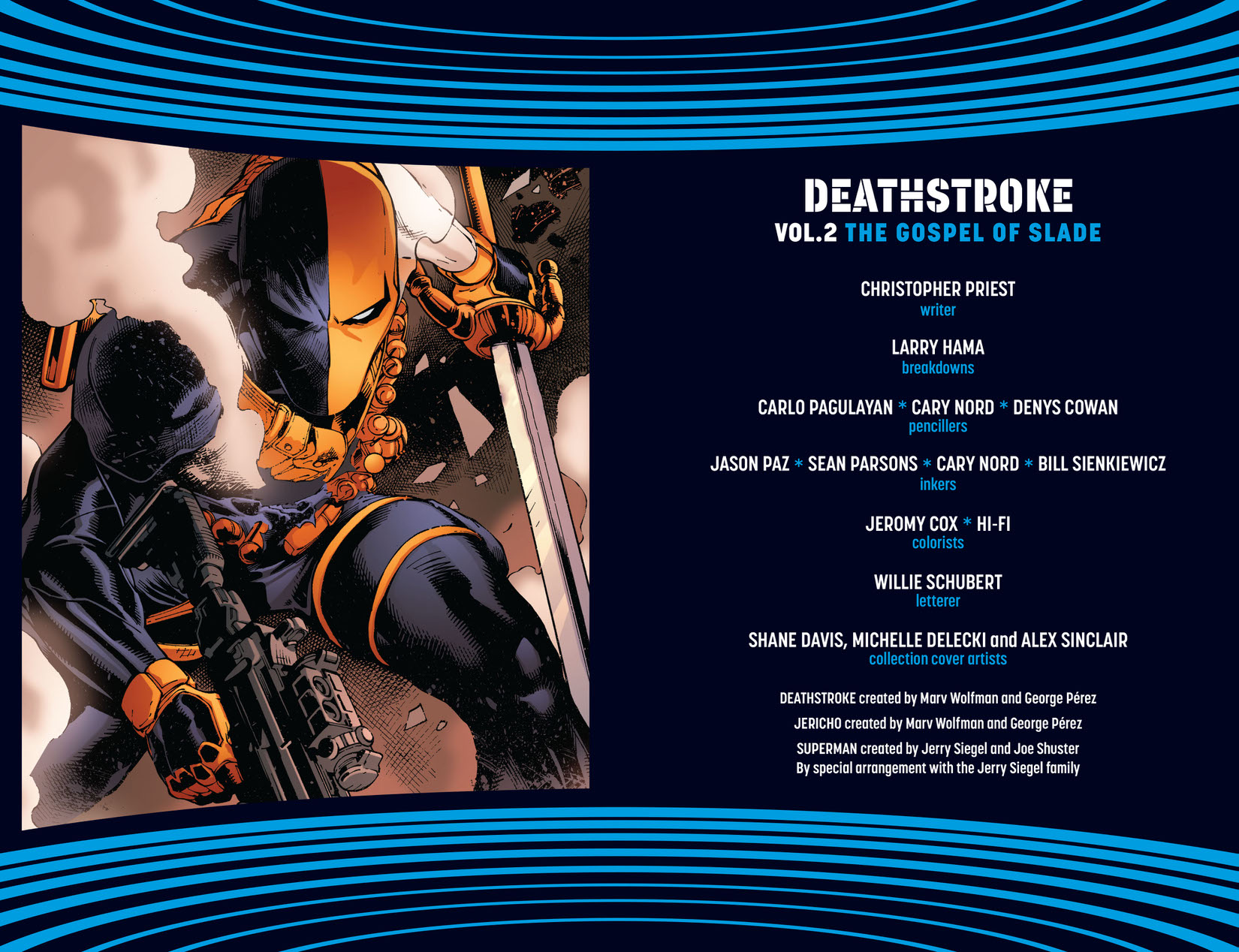 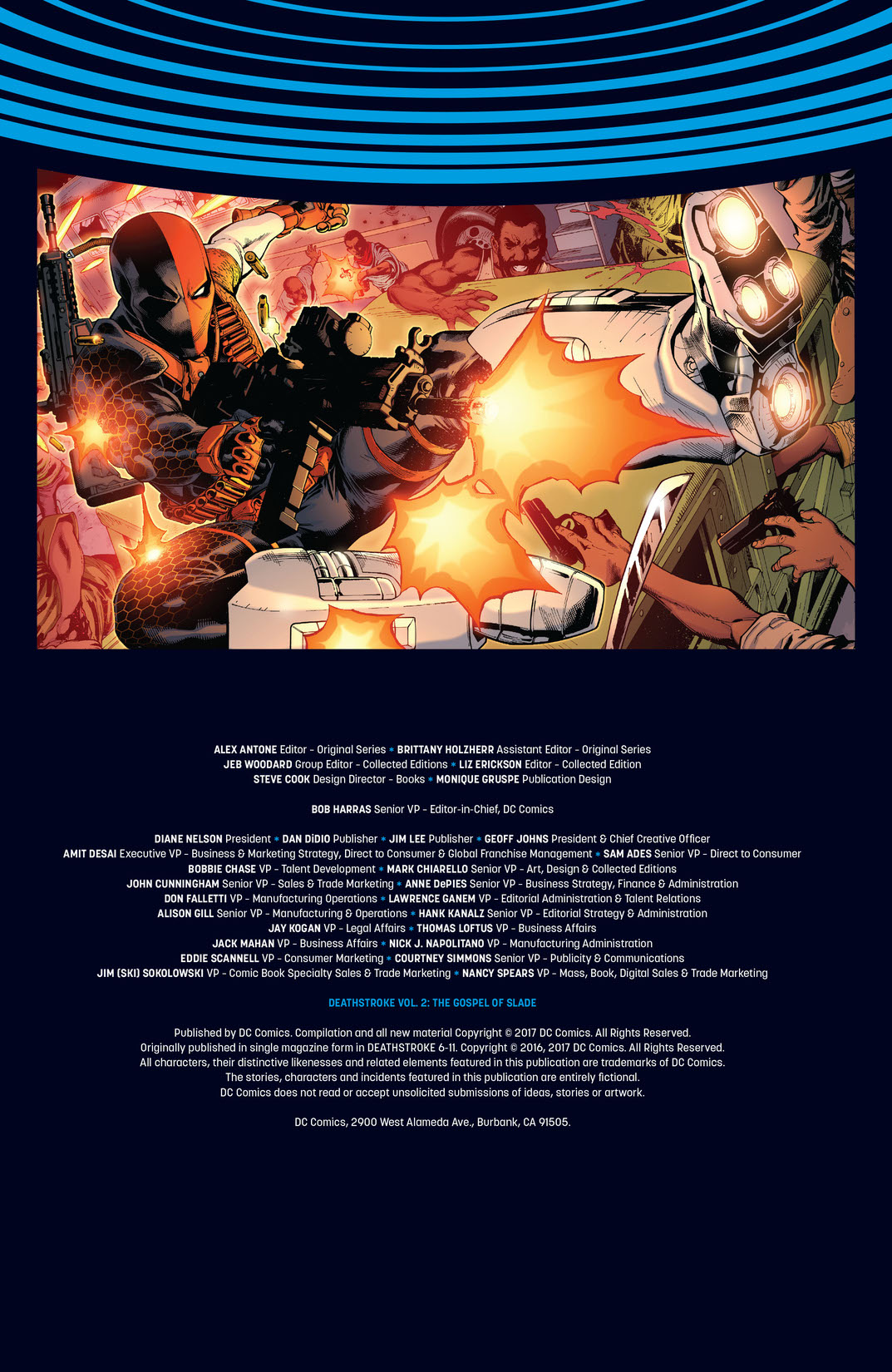 Exploding from the pages of the DC Universe Rebirth event, this stunning new chapter unites legendary writer Christopher Priest with an all-star team of artists, including Carlo Pagulayan (BATMAN AND ROBIN ETERNAL), Cary Nord (Daredevil), Denys Cowan (THE QUESTION) and Bill Sienkiewicz (Daredevil). Slade Wilson is a man without a family…and without a purpose. Now he must pick up the pieces of his shattered life and fight to regain the killer’s edge. To do it, he’ll test his mettle against the Man of Steel himself-Superman, who’s been tasked with taking him down. He’ll journey back into the past, to the first mission he and his old ally Wintergreen ever worked on together. He’ll take to the streets of Chicago, where a series of murders brings him face-to-face with the madcap hero called the Creeper. And he’ll navigate a menagerie of mercenaries, from Red Lion to Raptor. He’ll even power through the pain with the help of Power Girl. Will Wilson pull himself together? Or has Deathstroke reached his point of termination? Find out in DEATHSTROKE VOL. 2: THE GOSPEL OF SLADE! Collects issues #6-11, including the critically acclaimed story “Chicago.”