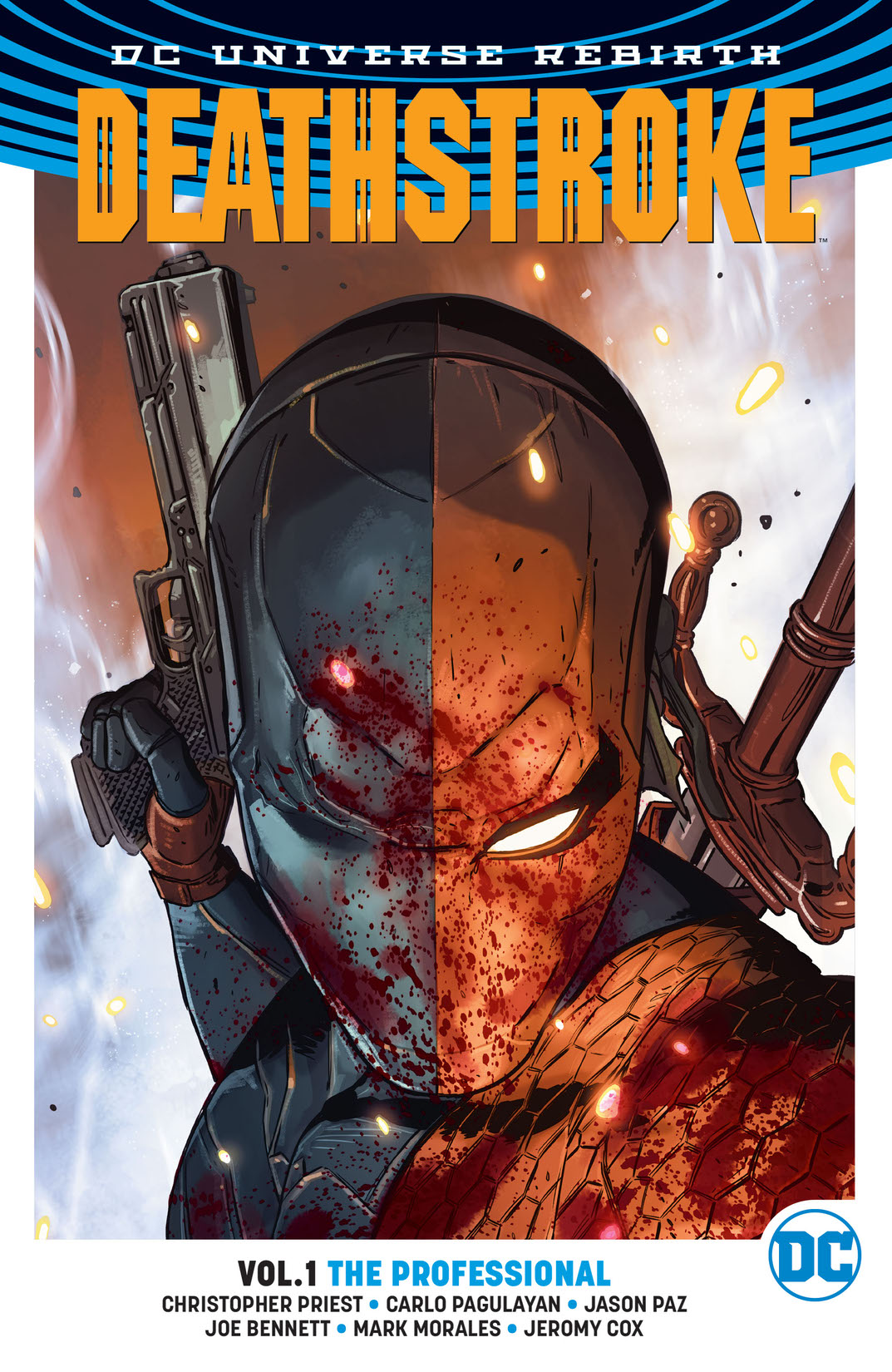 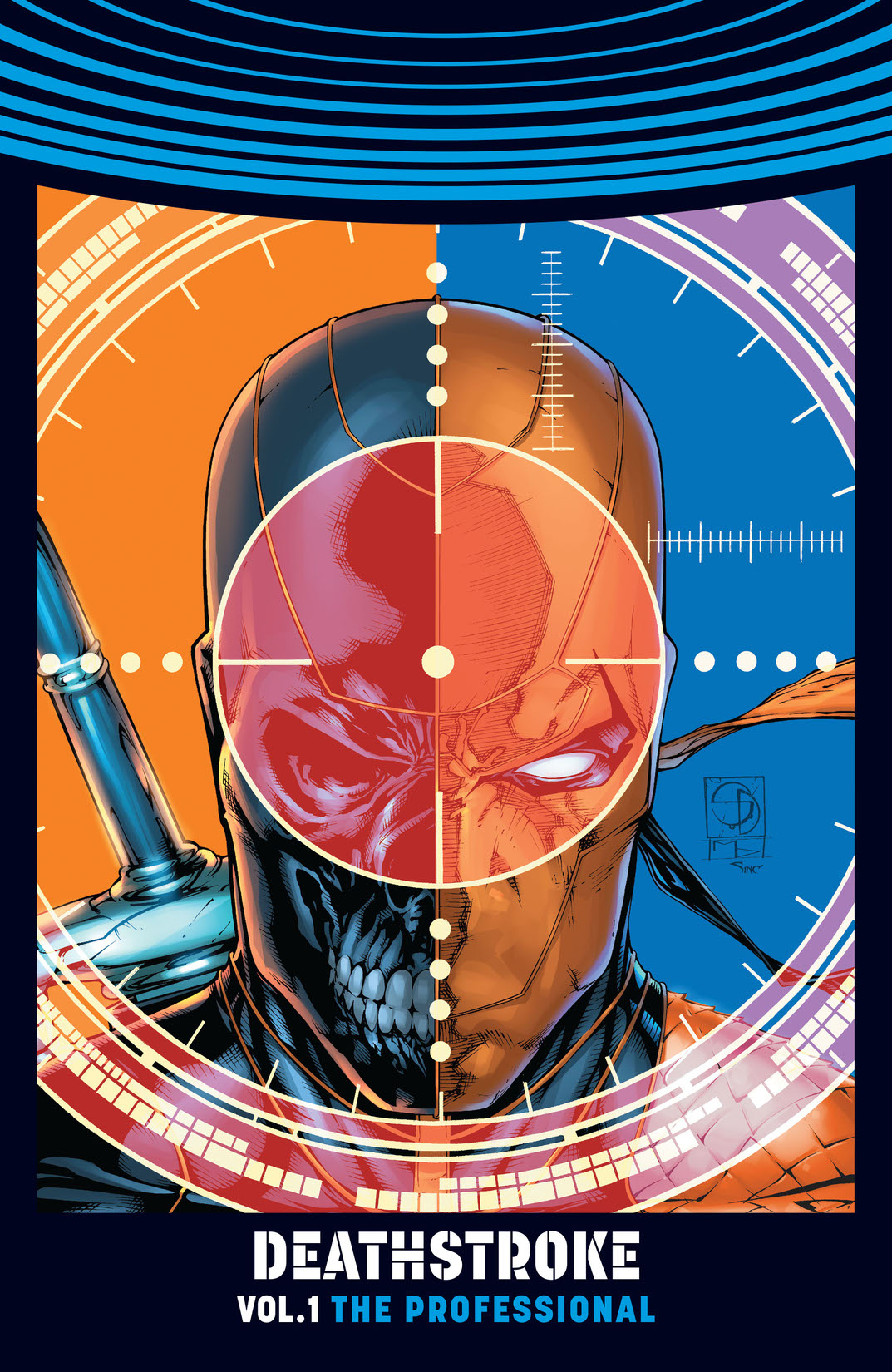 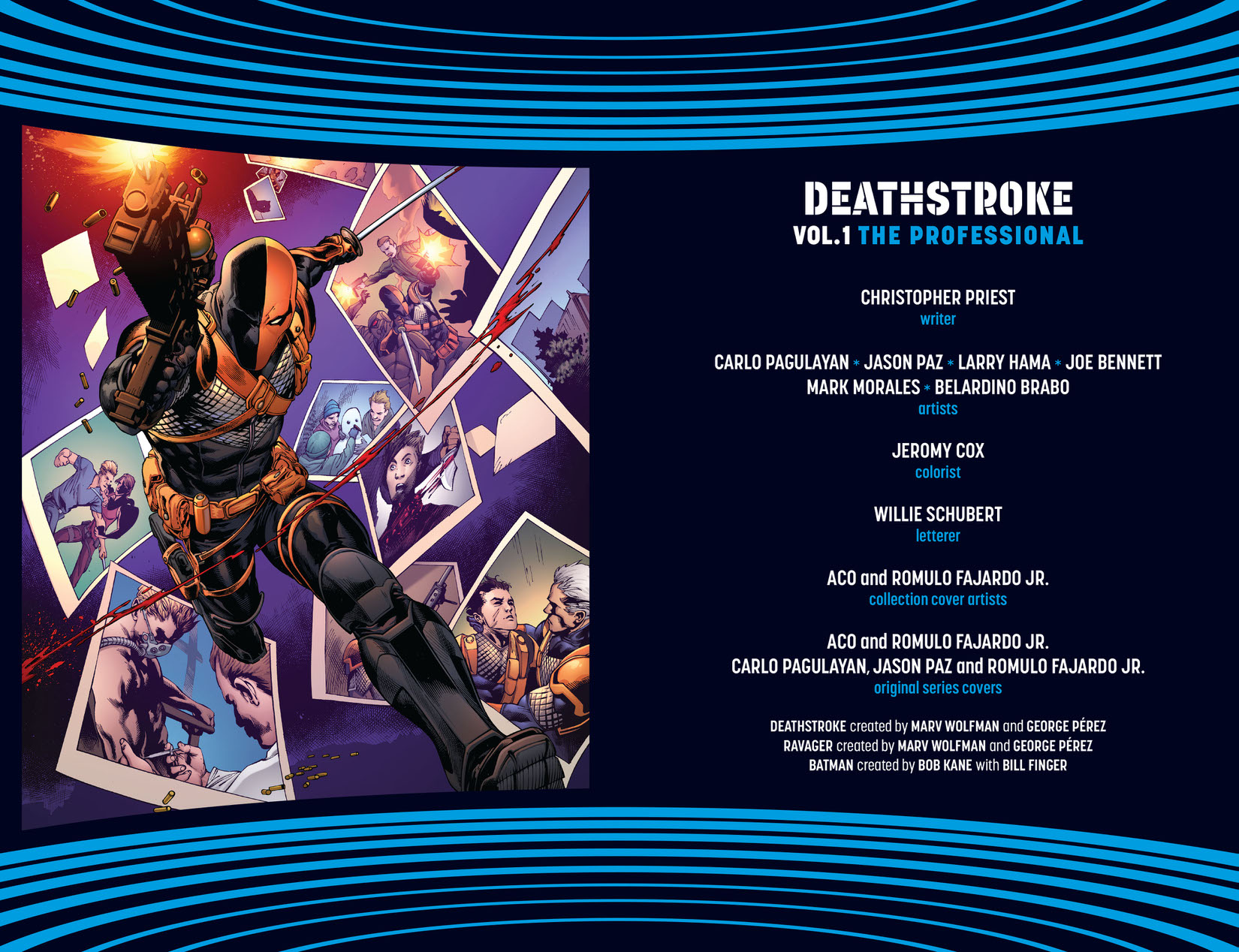 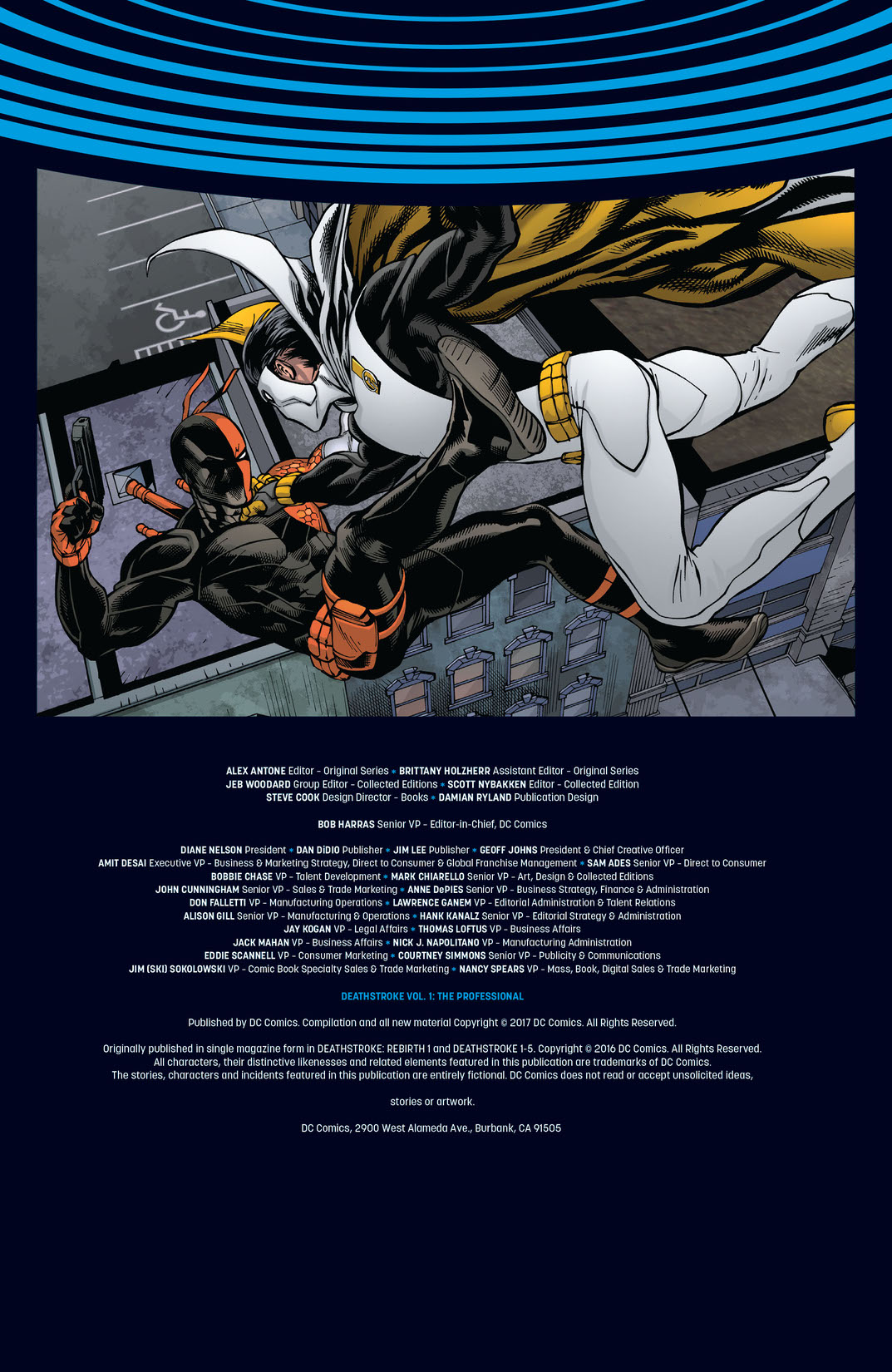 The World’s Deadliest Assassin blasts into a new era in DEATHSTROKE VOL. 1: THE PROFESSIONAL, as part of DC Rebirth! With a thousand enemies and a thousand kills, Slade Wilson, a.k.a. Deathstroke, is the world’s greatest assassin. His genetically enhanced strength, reflexes, healing and intellect—plus his ruthless dedication to his work—have made him one of the most feared people on the planet.   But even Deathstroke has vulnerabilities—and someone in his inner circle is beginning to exploit them.   When an assignment in a war-torn African country leads him to an old teammate, Deathstroke discovers that his own daughter, Rose—a.k.a. the Ravager—has a price on her head. In order to save her life, he’ll have to break his professional code, betray his most trusted allies, cross his most powerful enemy and defeat his own unshakeable addiction to violence.   Can Deathstroke run this gauntlet and survive with his family, his honor and his life intact?   Find out in DEATHSTROKE VOL. 1: THE PROFESSIONAL, exploding from DC’s blockbuster Rebirth event! This historic volume and great new jumping-on point opens a thrilling new chapter in the life of one of comics’ greatest villains—crafted by the legendary writer Christopher Priest and a killer team of artists, including Carlo Pagulayan, Larry Hama, Joe Bennett and more! Collects issues #1-5 of the acclaimed new series with the DEATHSTROKE: REBIRTH one-shot.