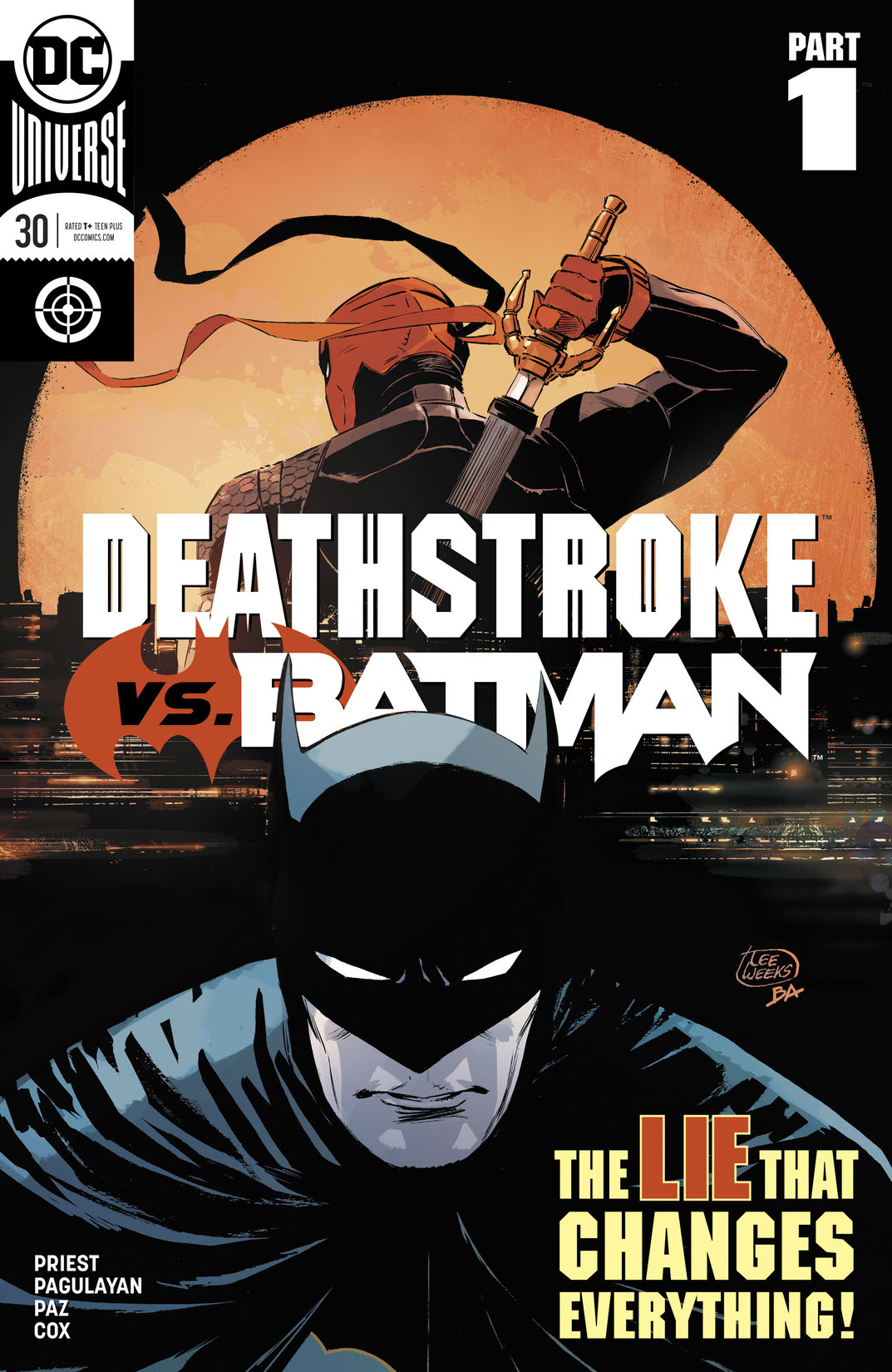 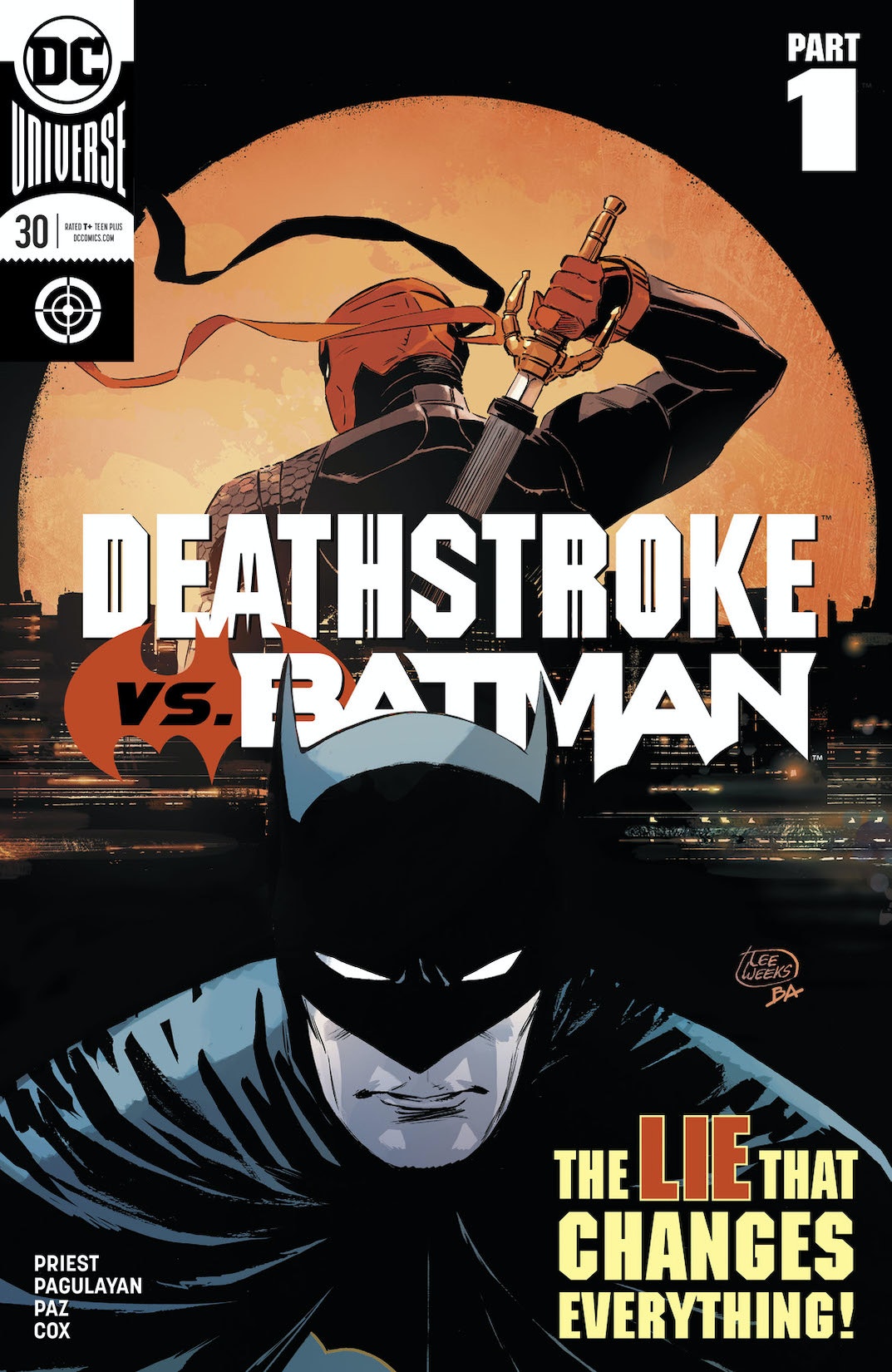 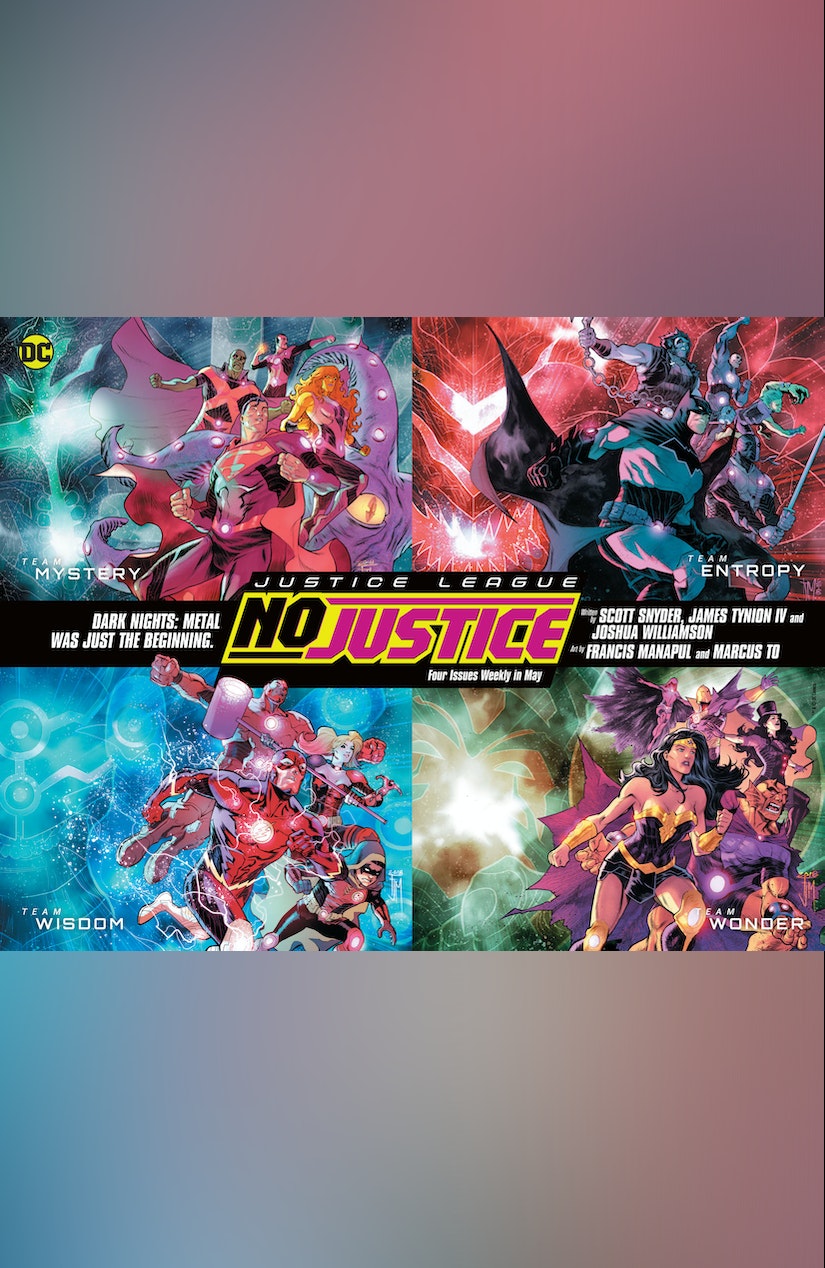 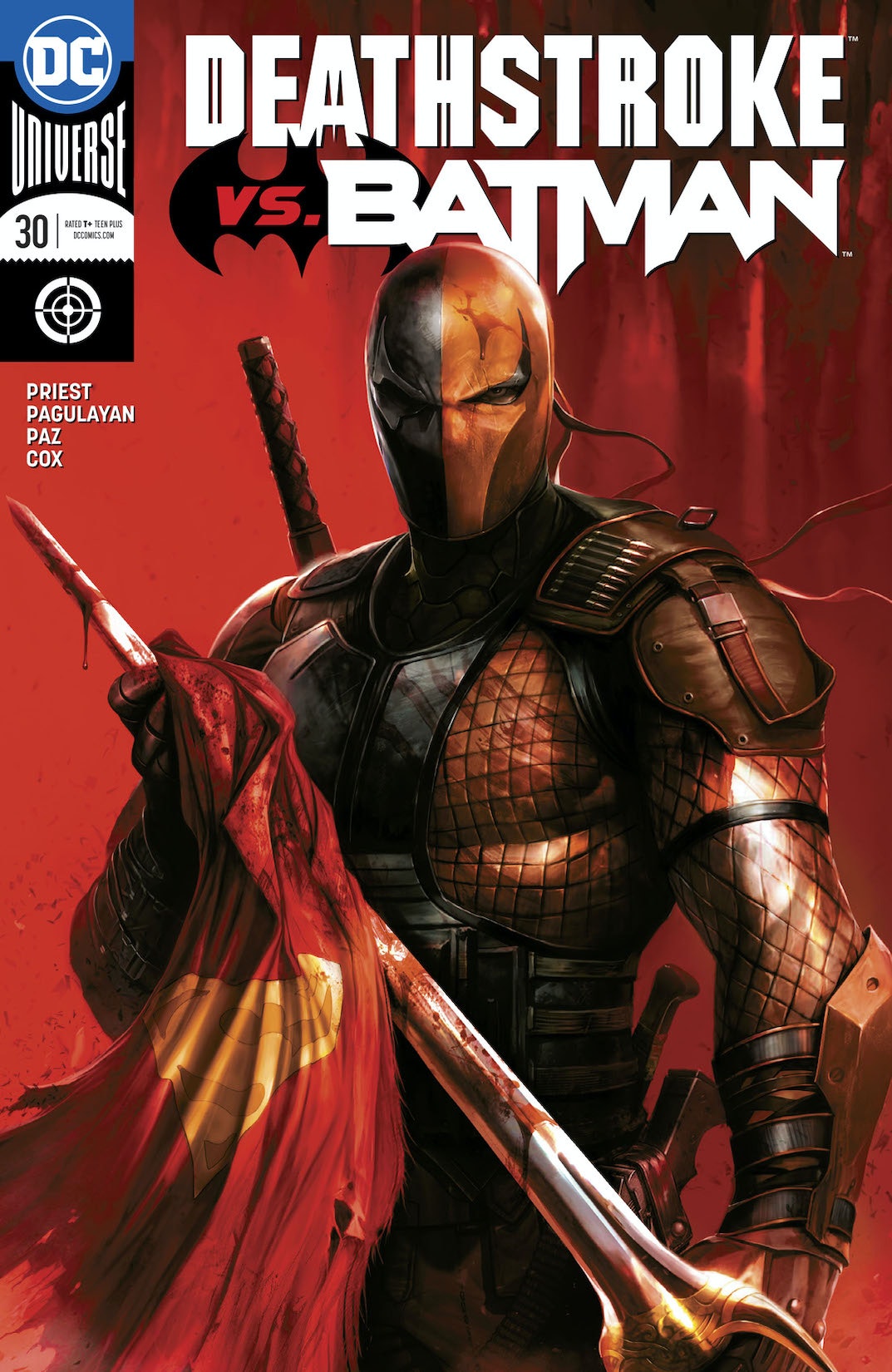 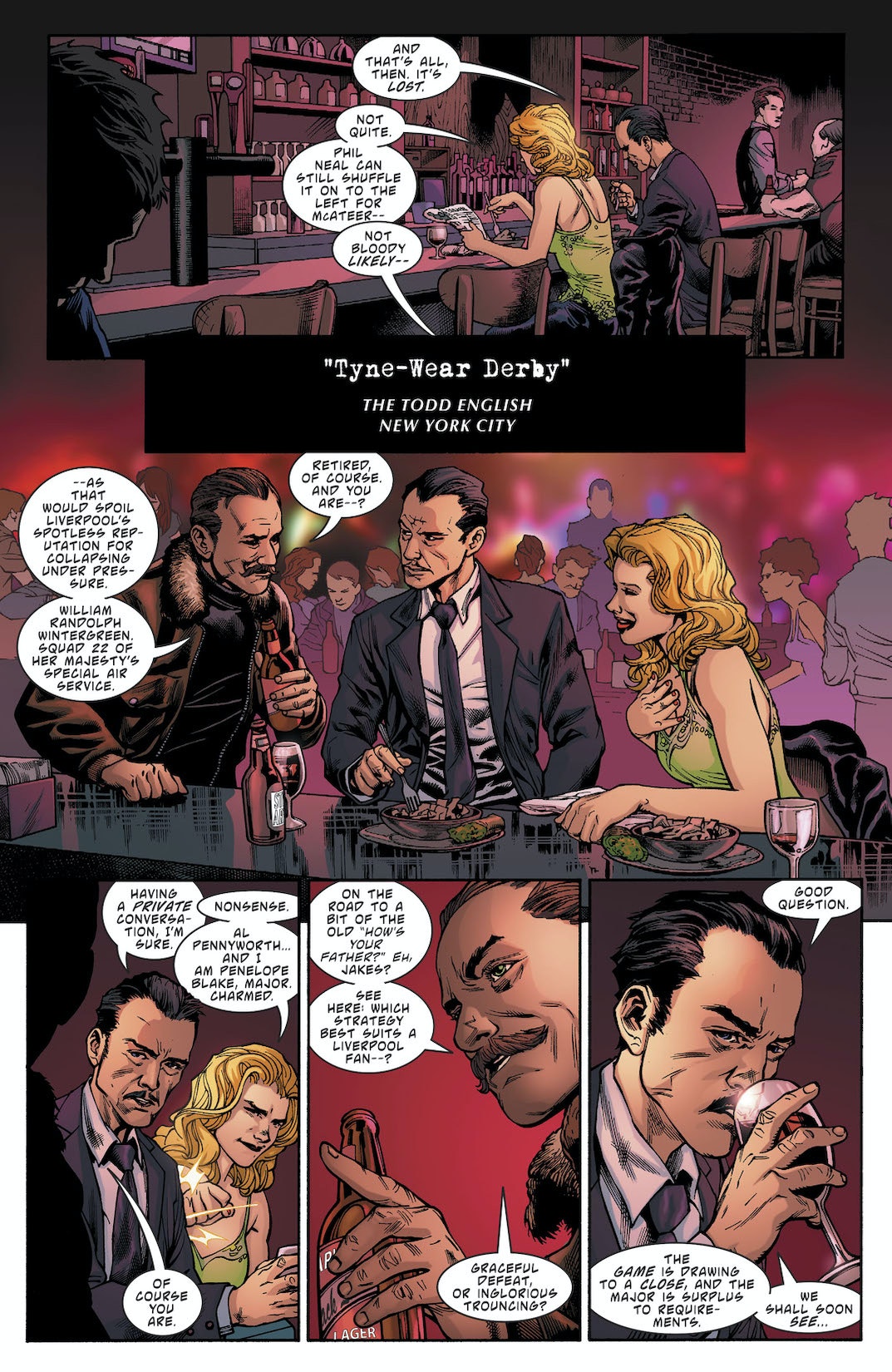 “DEATHSTROKE VS. BATMAN” part one! Beginning this month, a six-issue series-within-a-series featuring the ultimate showdown between DC’s fiercest rivals! When Batman discovers a mysterious package containing DNA test results proving that he is not Damian Wayne’s biological father, the Dark Knight sets his sights on his son’s true father—Deathstroke! But Damian Wayne can’t really be Slade Wilson’s son—can he? And who sent the package—and why? The ultimate custody battle ensues as the World’s Greatest Detective and the World’s Deadliest Assassin clash in this instant classic!