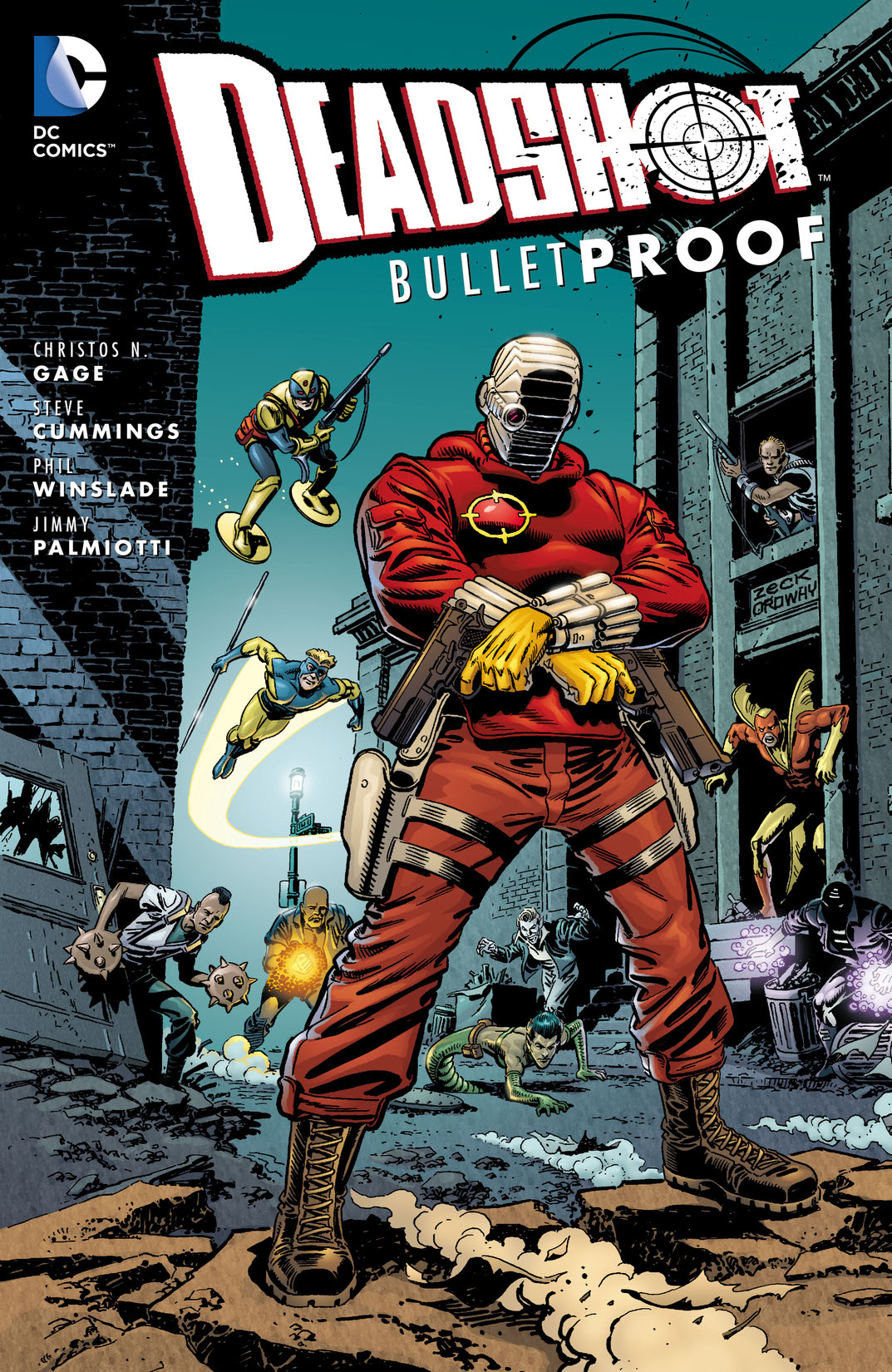 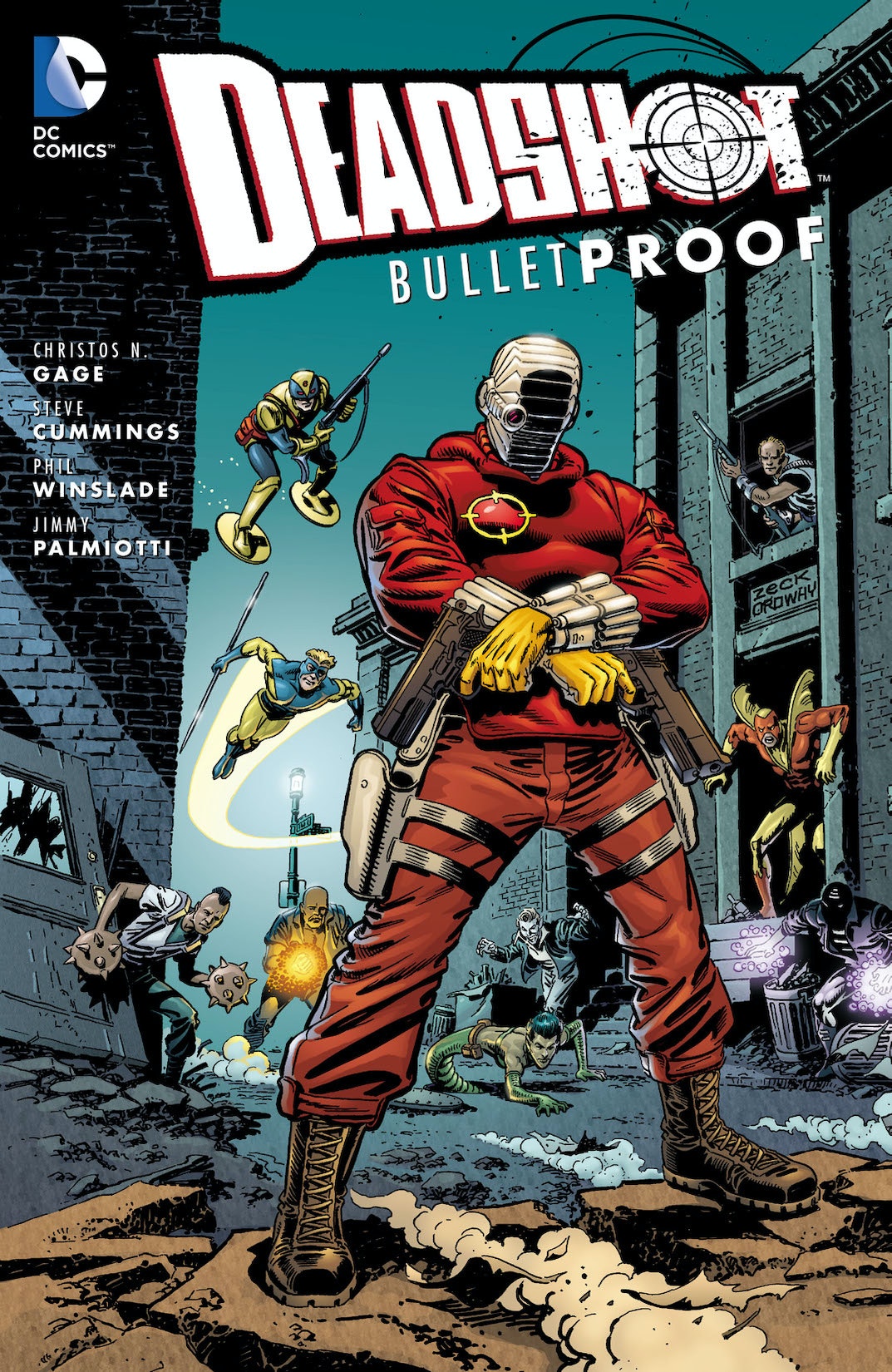 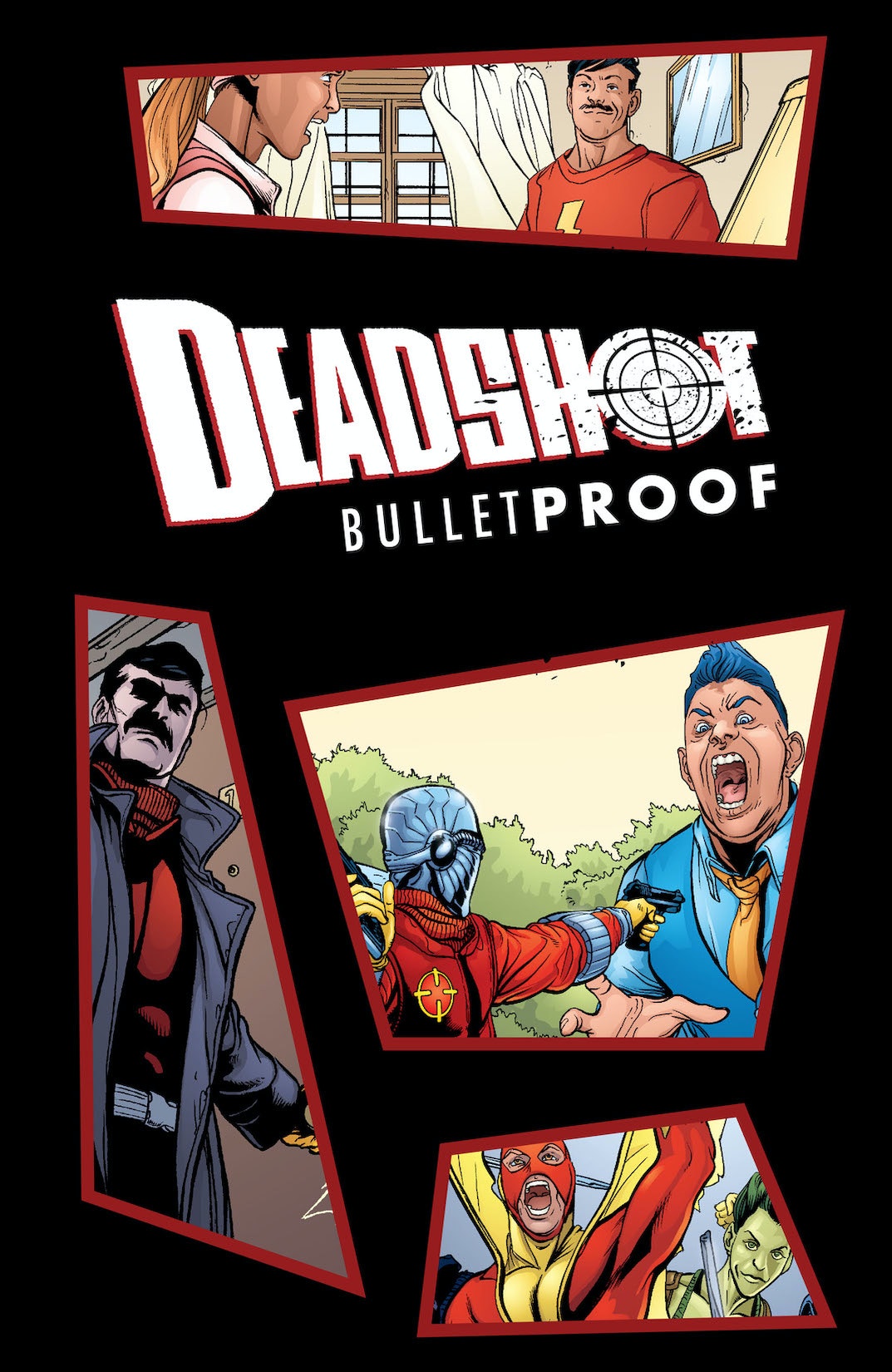 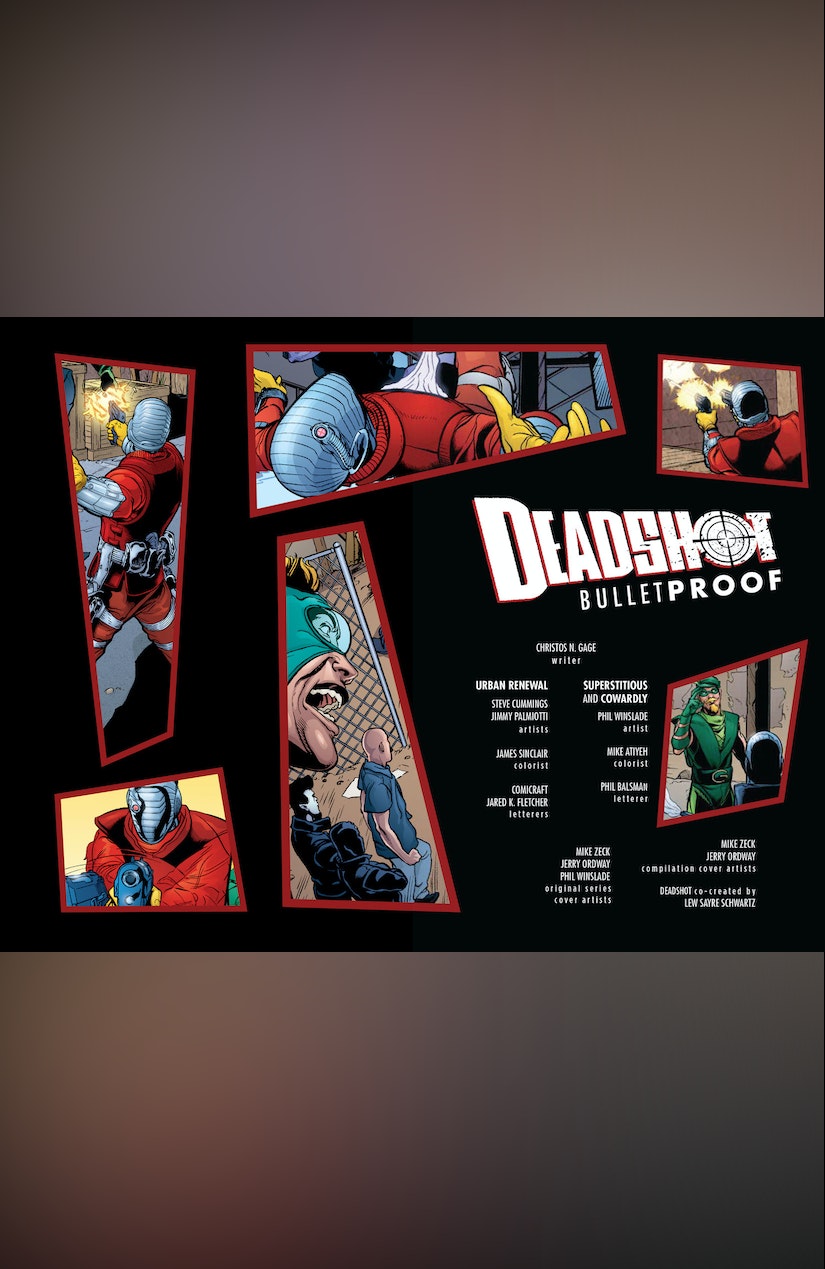 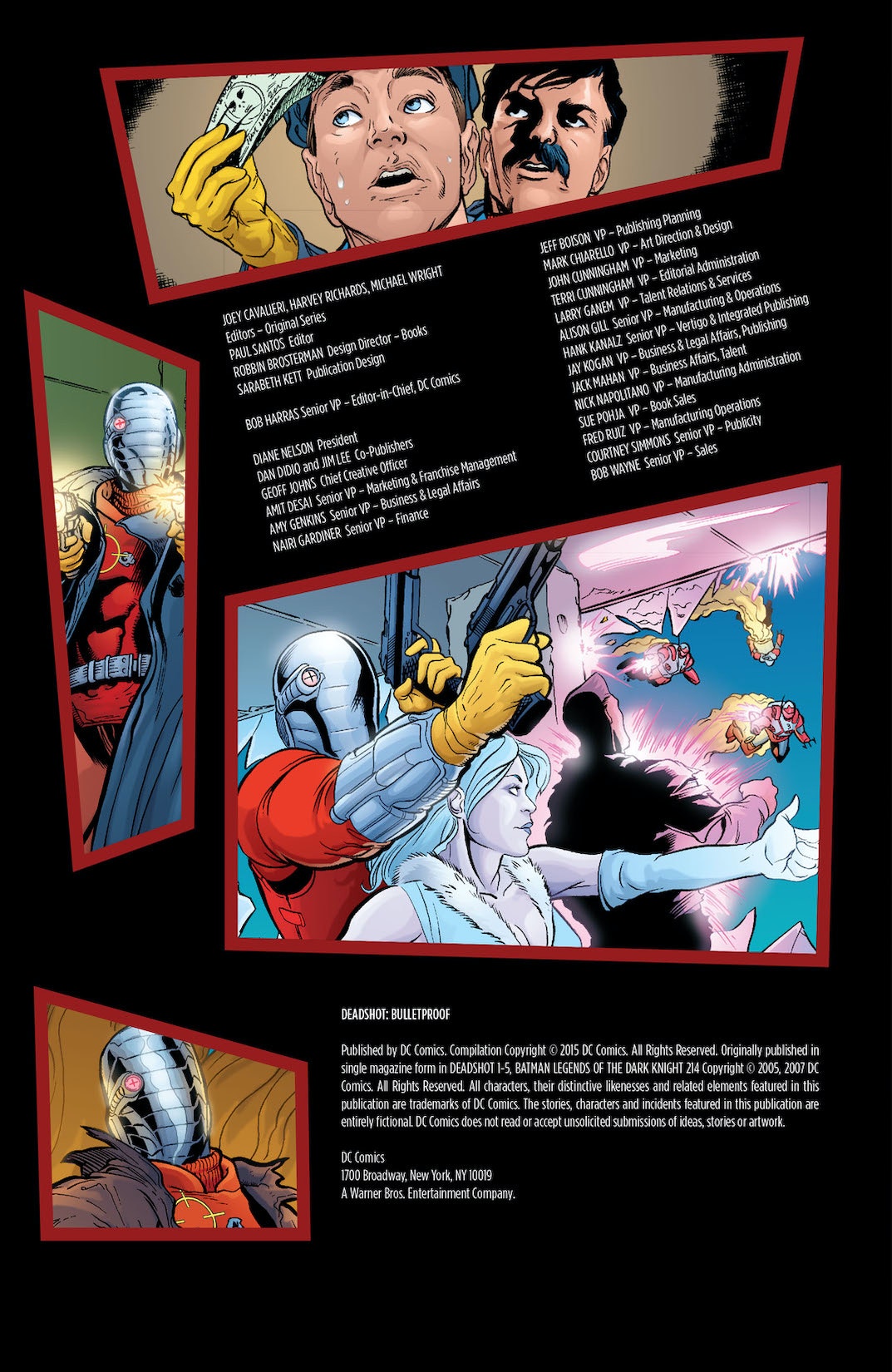 What happens when a man with a death wish finds something to live for? Deadshot, an expert marksman and cold, efficient killer, believes he has no reason to live...until he learns he has a daughter. When he discovers she's living in a neighborhood plagued by violence, he decides to clean up the area, by any means necessary. Now the assassin with a death wish must take on local mobs, corrupt cops, and even the best super villains money can buy to give his daughter a life of peace and security! DEADSHOT: BULLETPROOF collects the complete five-issue DEADSHOT miniseries as well as BATMAN LEGENDS OF THE DARK KNIGHT #214, in which Deadshot must confront his origin and a mob informant’s unlikely protector, Batman! This action packed collection features the works of comic veterans Christos N. Gage (JUSTICE LEAGUE BEYOND), Steven Cummings (FLASH), Phil Winslade (ALL STAR WESTERN), and Jimmy Palmiotti (HARLEY QUINN).