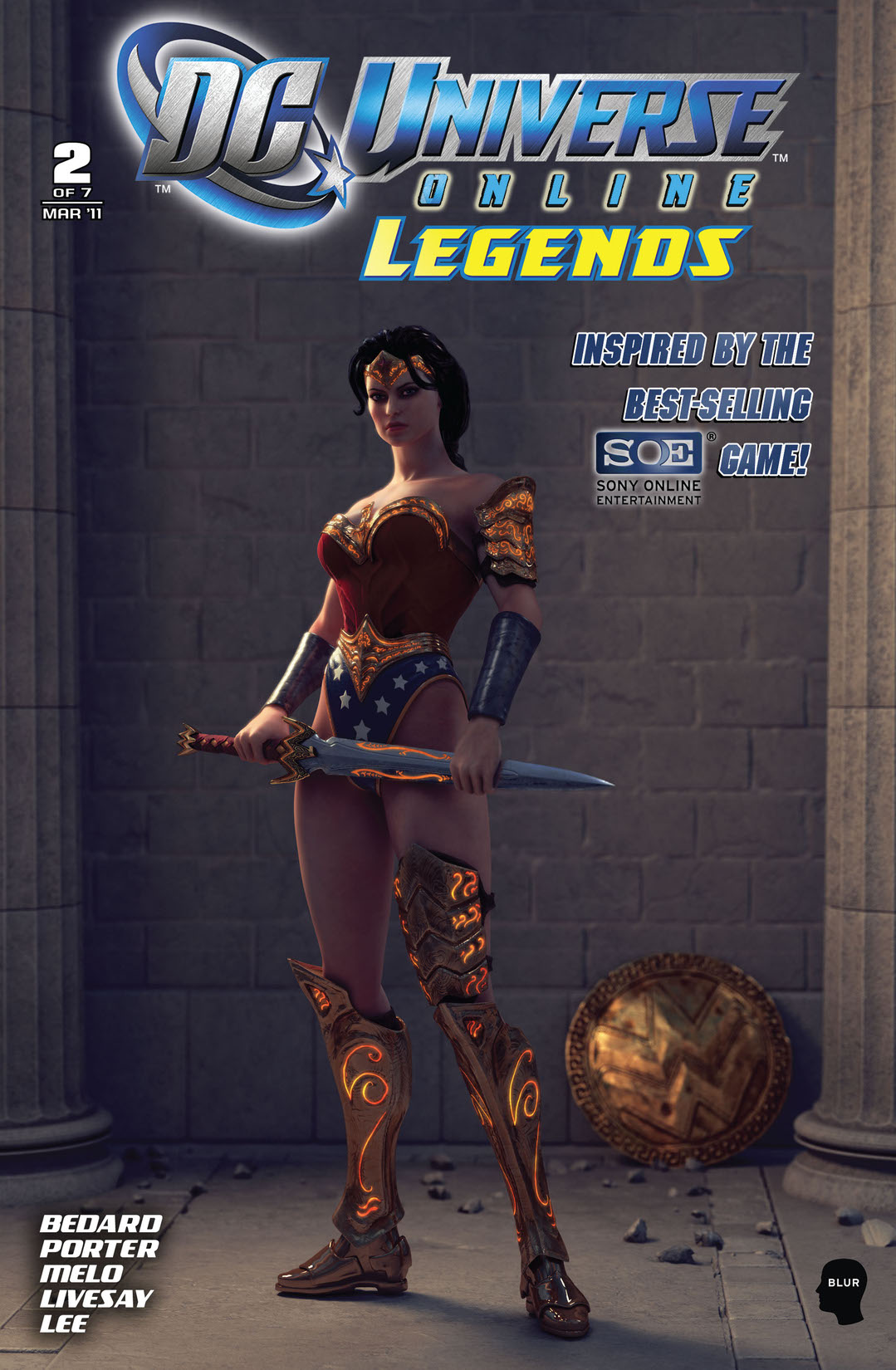 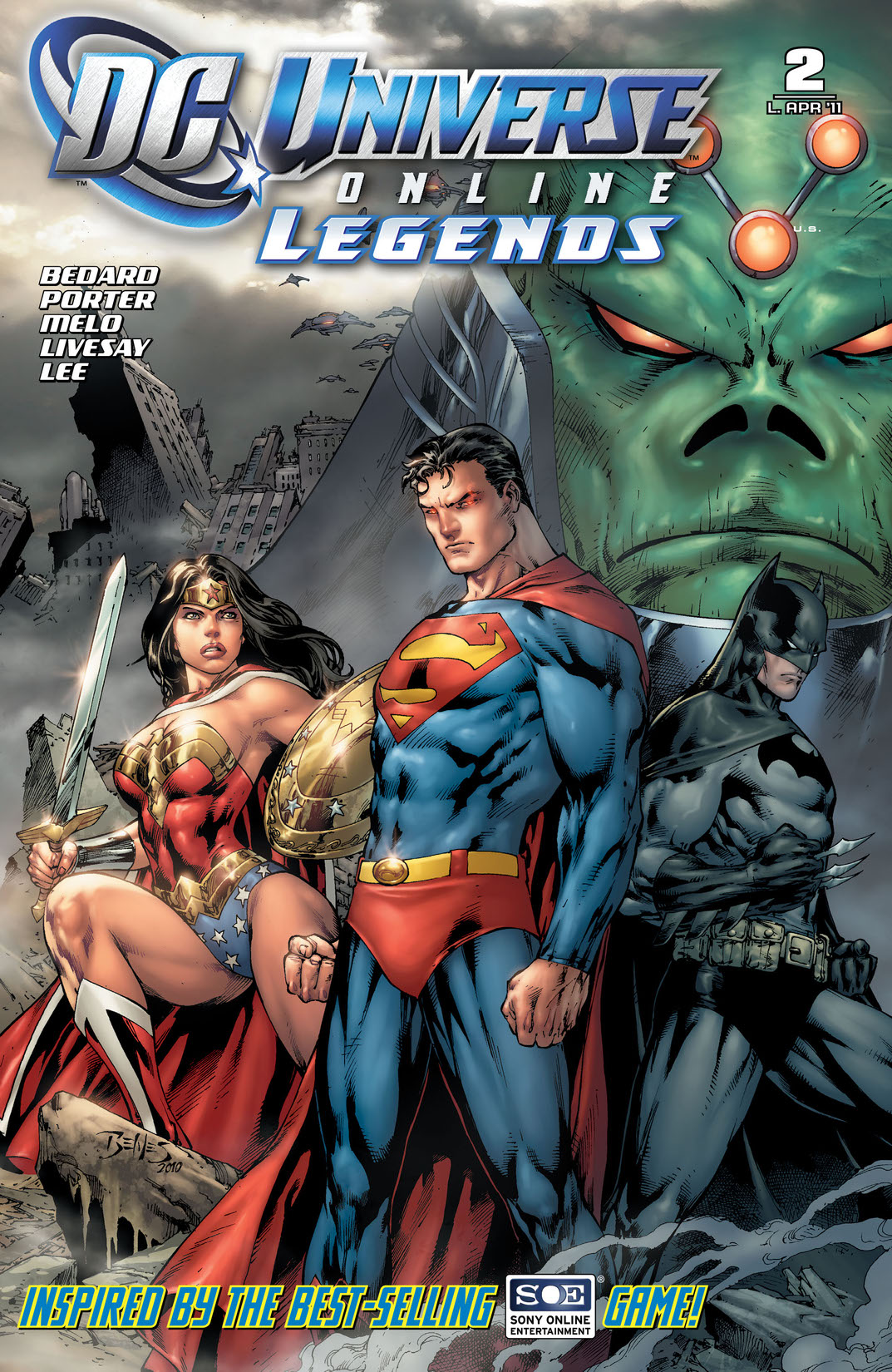 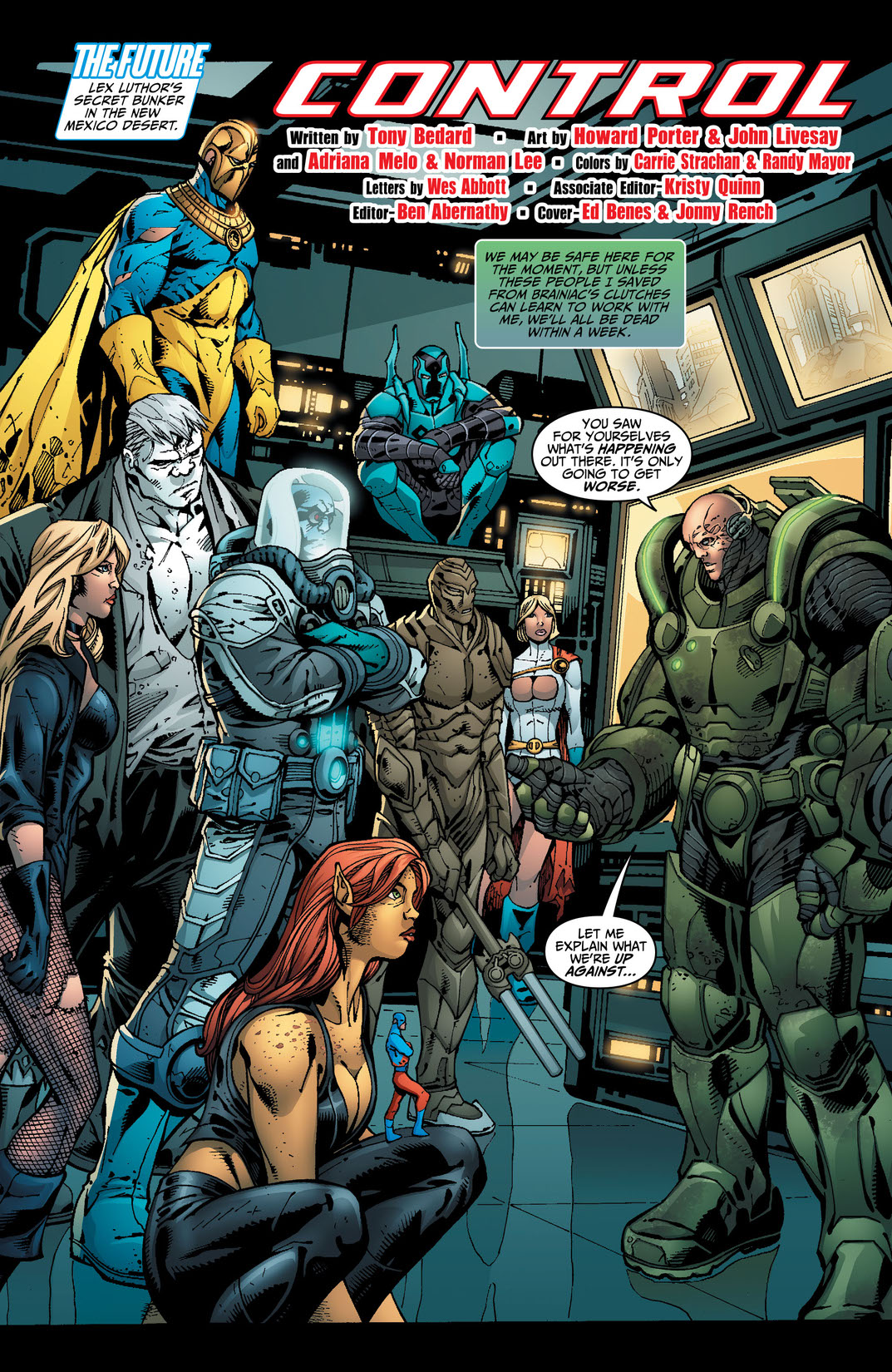 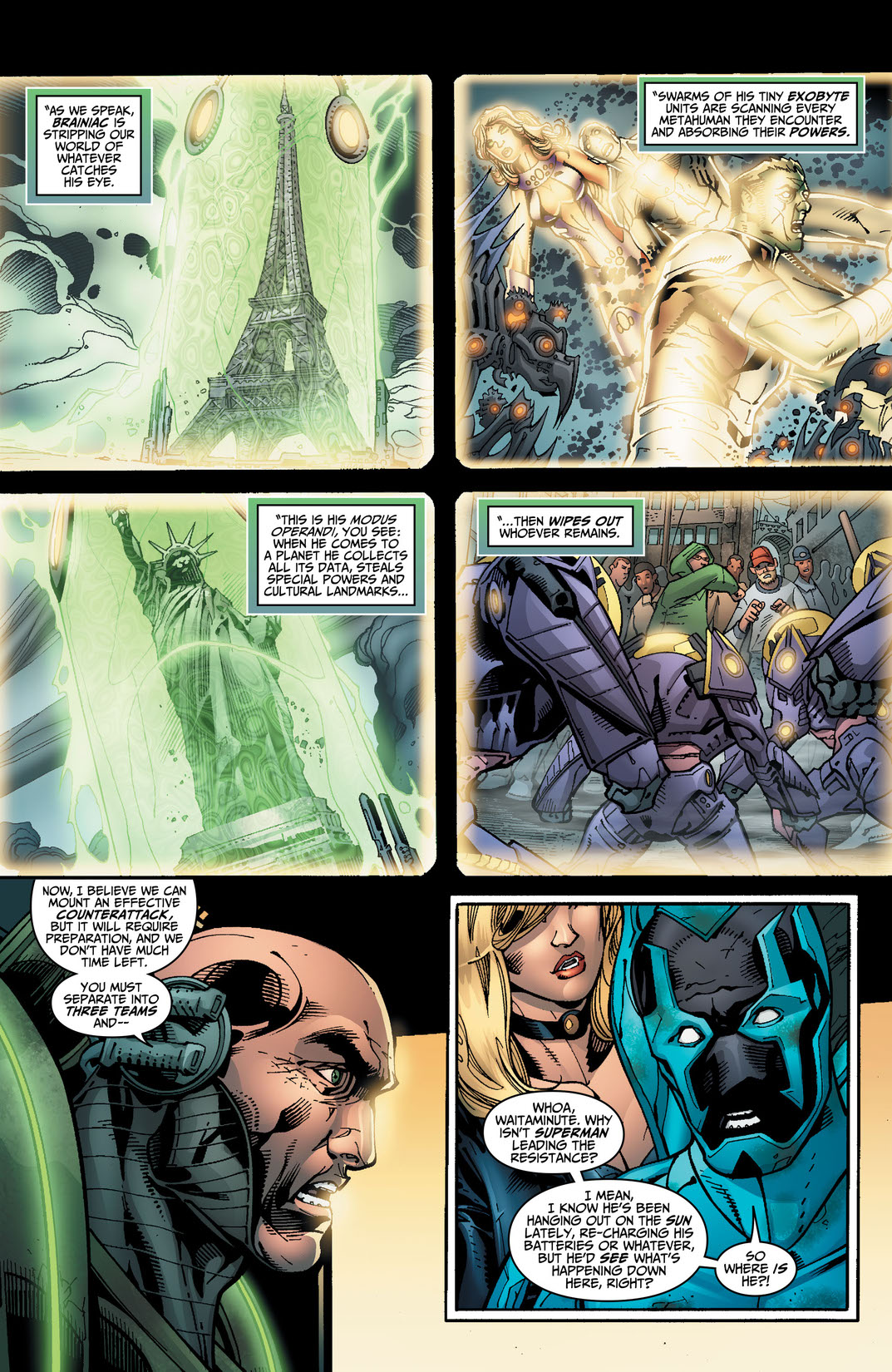 This comic has a special digital-only Variant cover by Blur. In the startling second issue, The Lex Luthor of a post-apocalyptic future scrambles to escape Brainiac's invasion of Earth, but he must gather an army to stop the invasion. Who will he recruit? And in the present, Brainiac's first assault on Earth has begun, which recaps the incredibly rare DC UNIVERSE ONLINE LEGENDS #0!