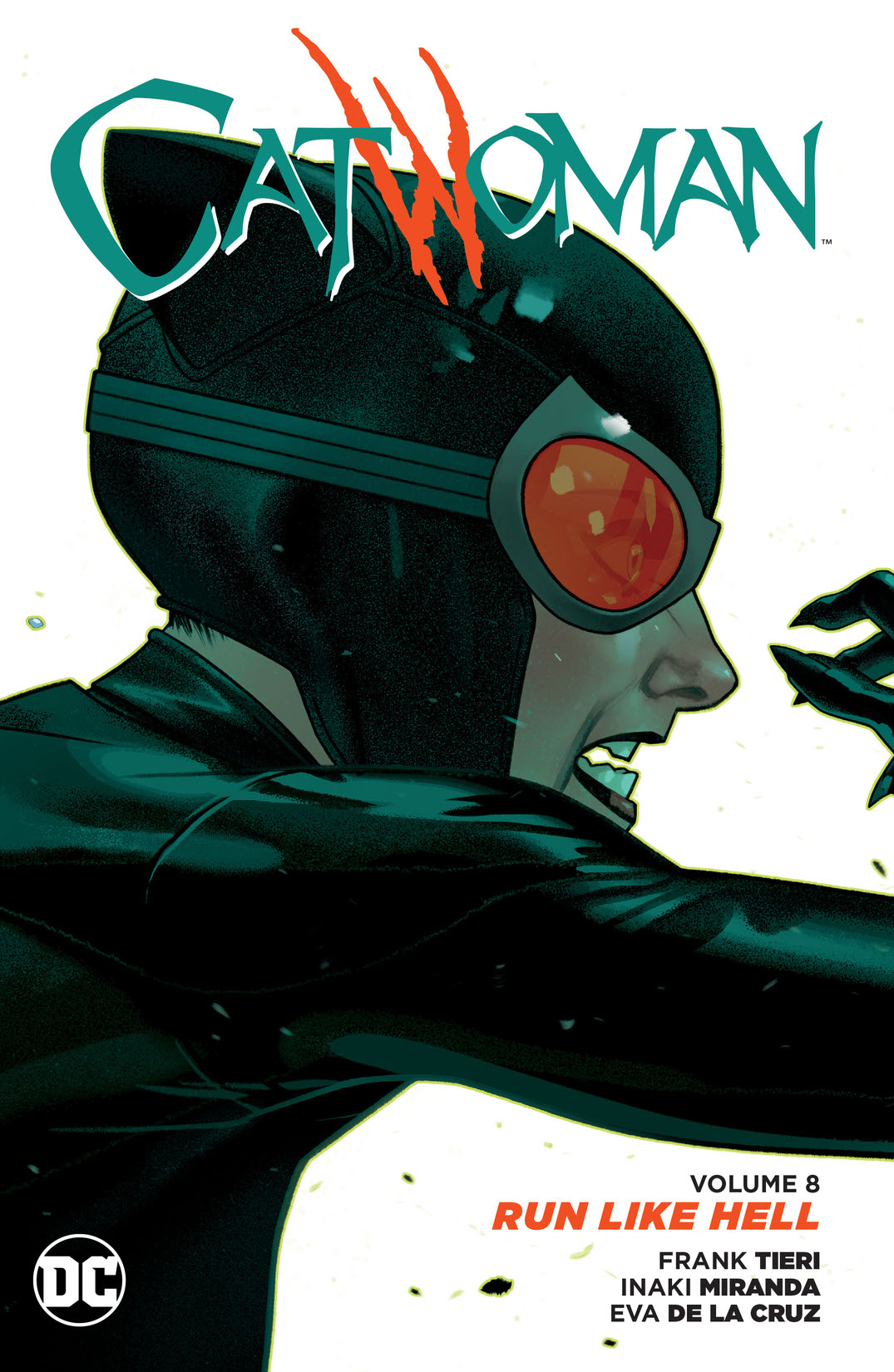 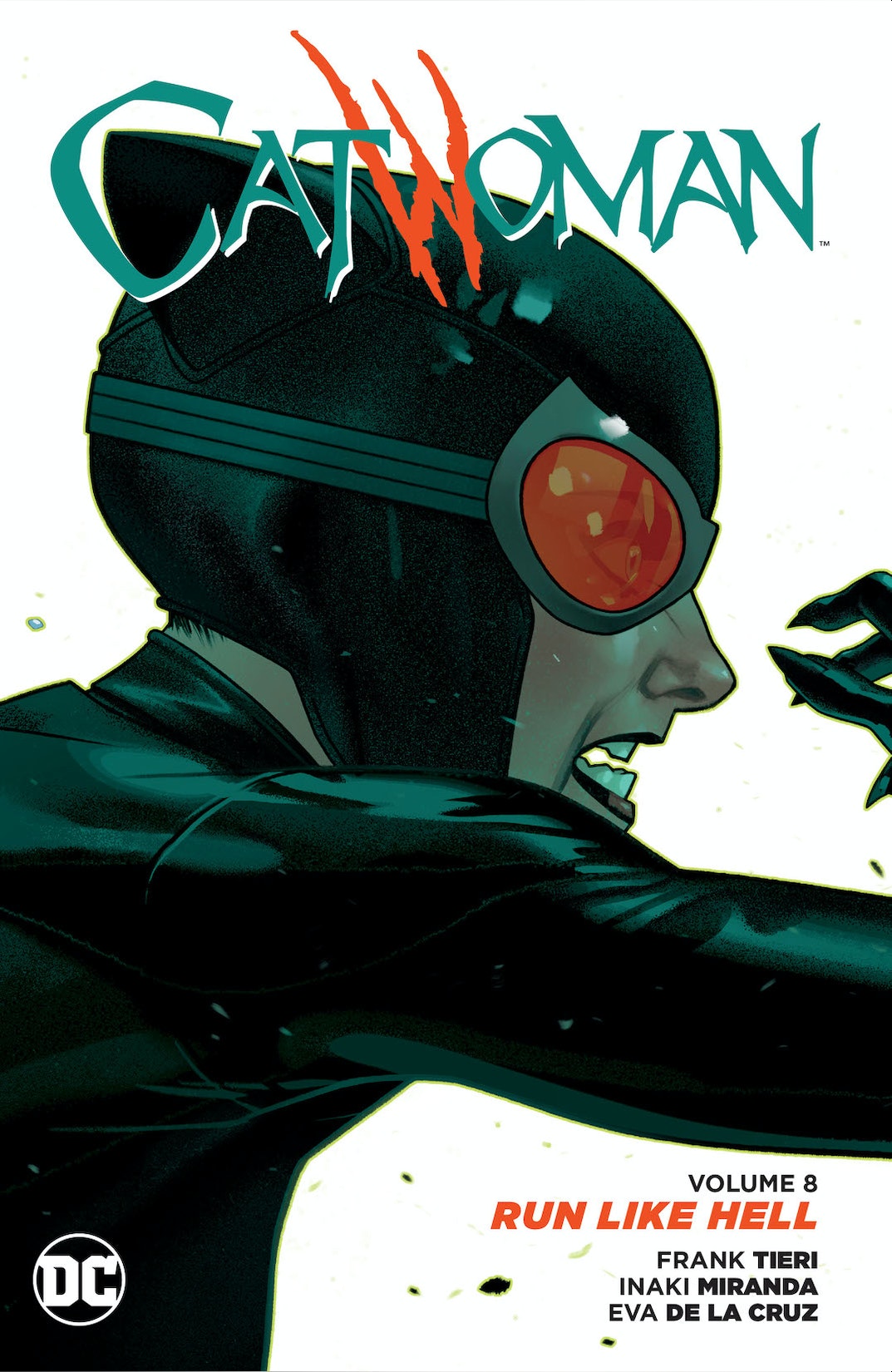 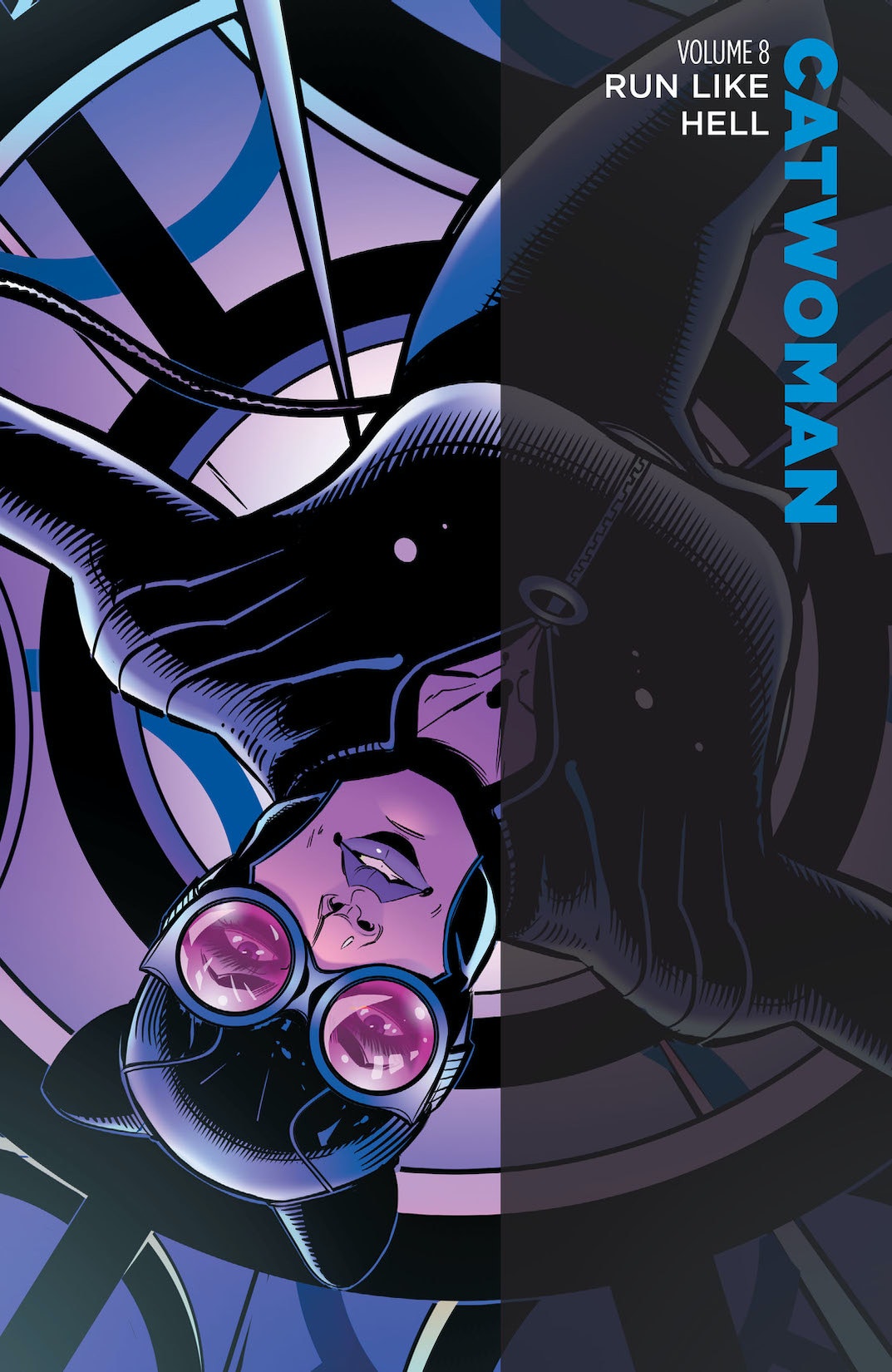 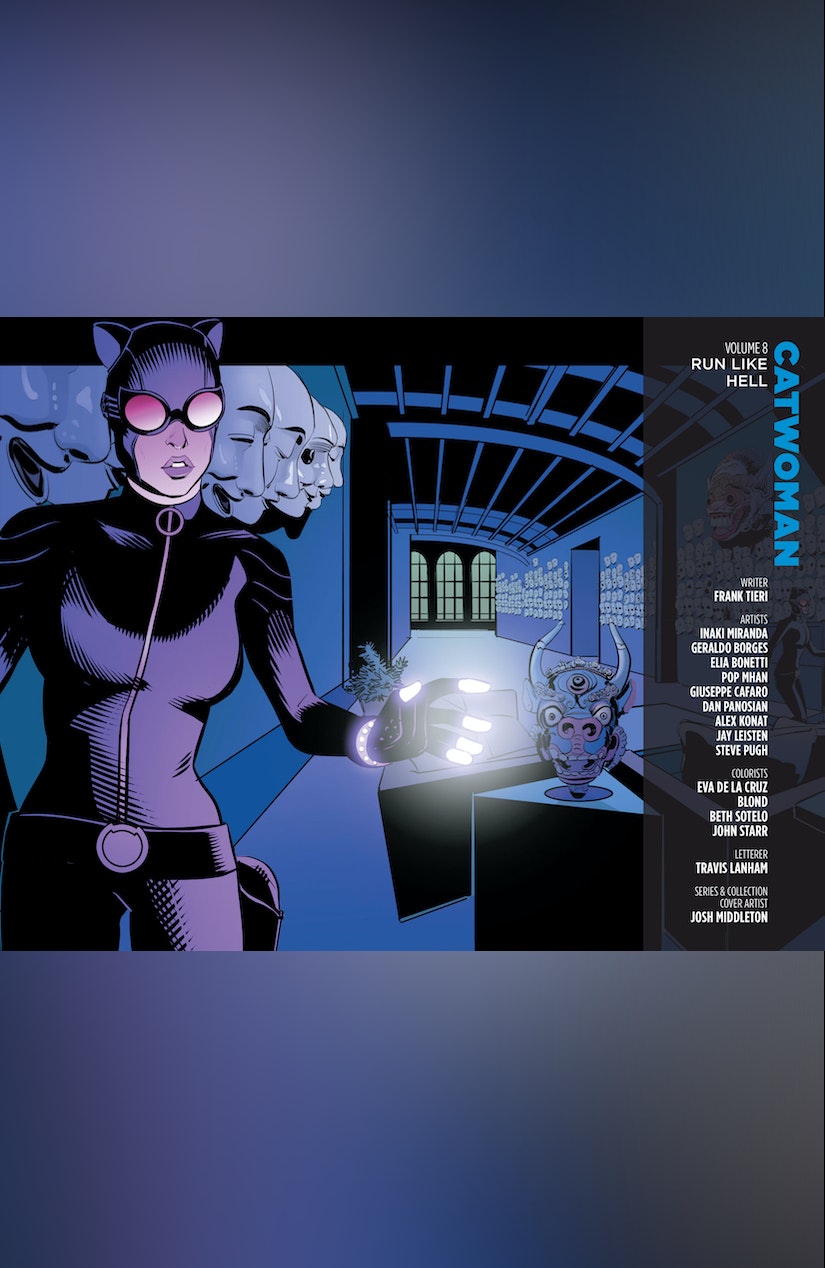 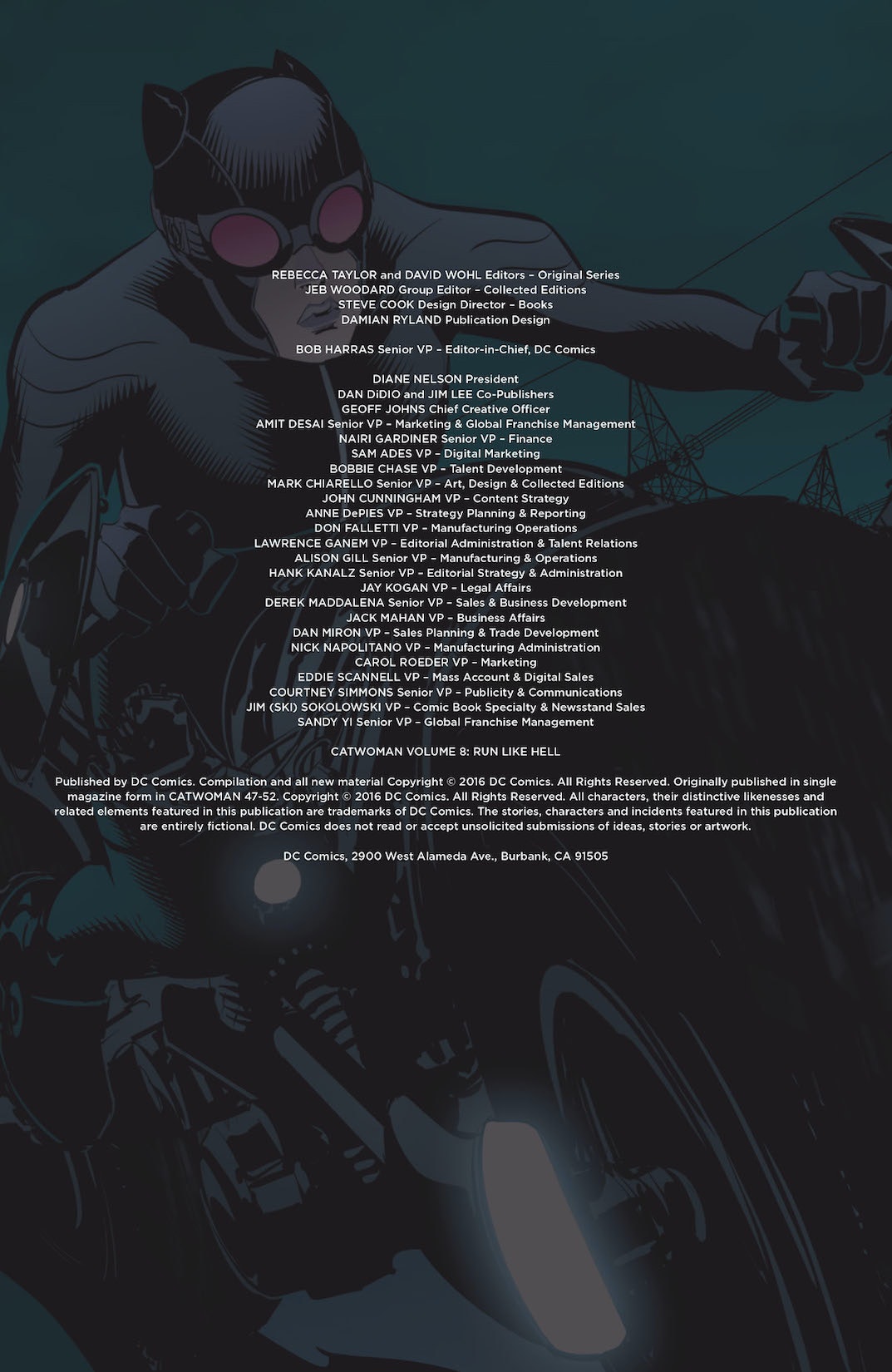 Leaving the mob and Gotham City behind, Selina Kyle heads to New York City and returns to doing what she does best. No sooner is Catwoman back on the prowl than her favorite fence hires her for a job. The job: stealing the Frost Diamond, one of the rarest black diamonds in the world, for an anonymous client and a monstrous payday. Unfortunately, only two people know the true value of the Frost Diamond: Selina’s mystery employer and the Penguin. And both will do anything to possess the gem, even placing a huge bounty on Catwoman’s head. Now Selina must fight for her life against the likes of Clayface, Killer Croc, Firefly, Victor Zsasz and Batgirl! Writer Frank Tieri (BATMAN: GOTHAM UNDERGROUND) is joined by artist Inaki Miranda (COFFIN HILL), colorist Eva De La Cruz (COFFIN HILL) and others to put DC’s favorite feline felon through her paces with a collection that includes CATWOMAN #47-52!