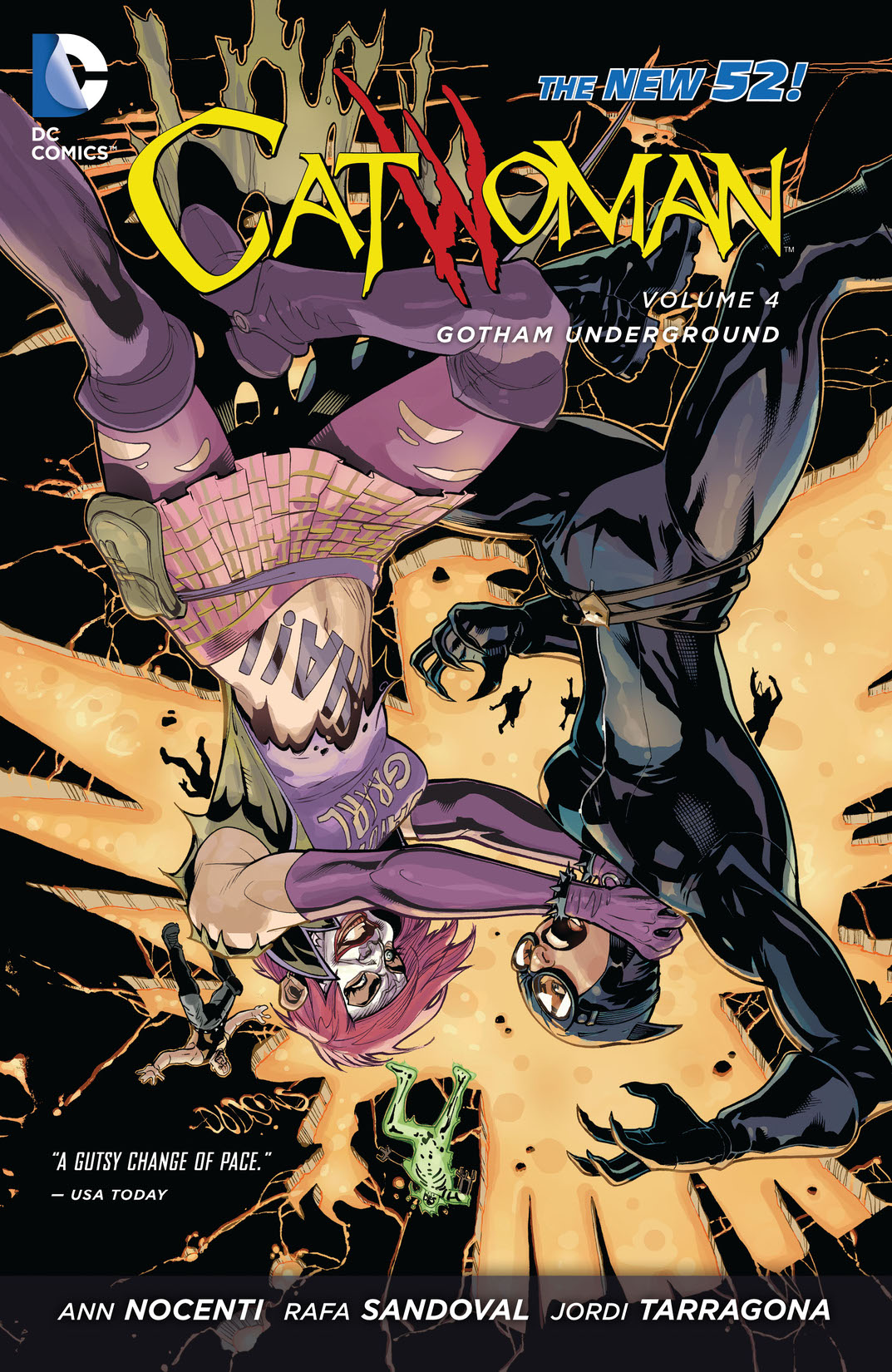 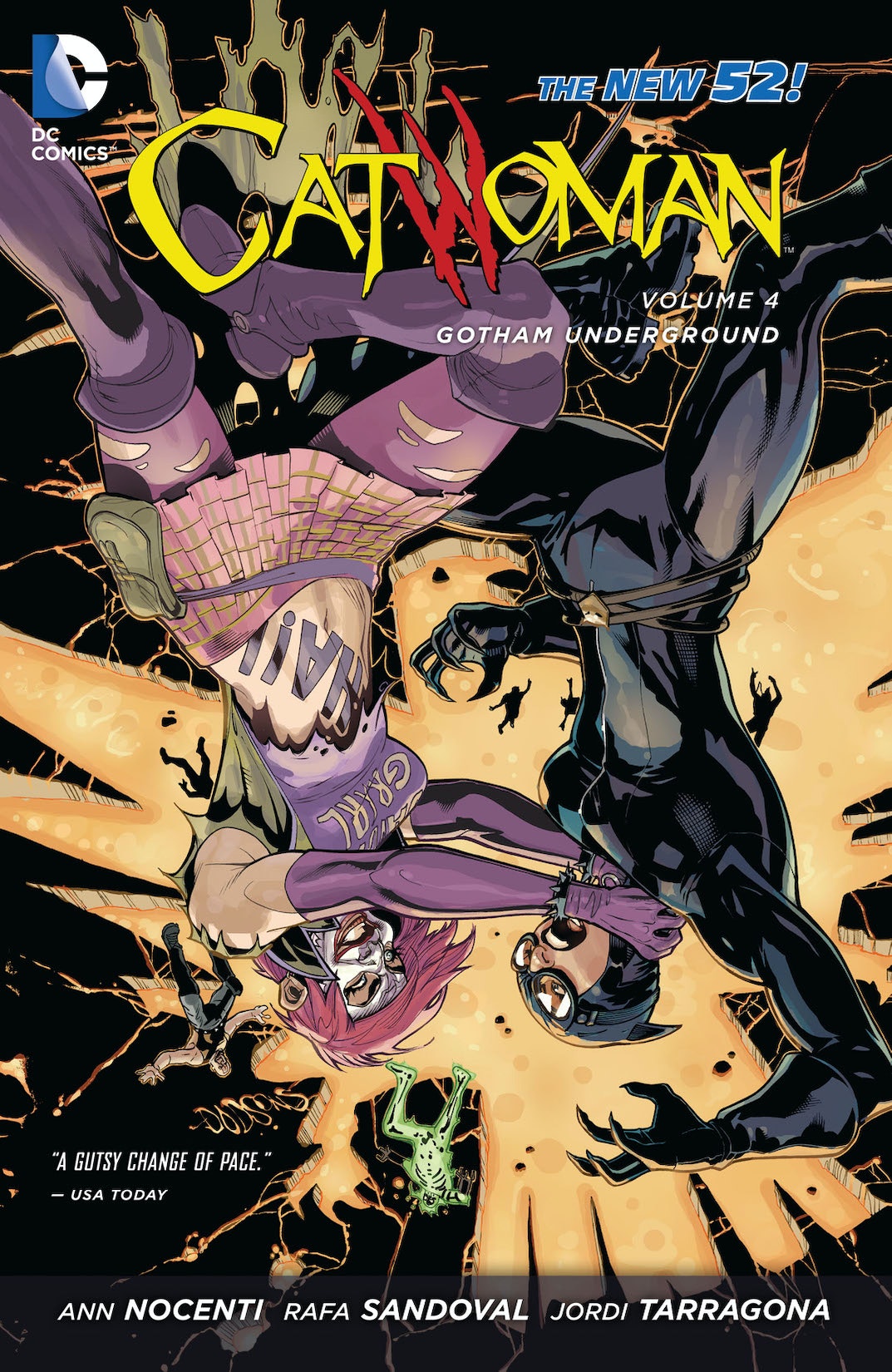 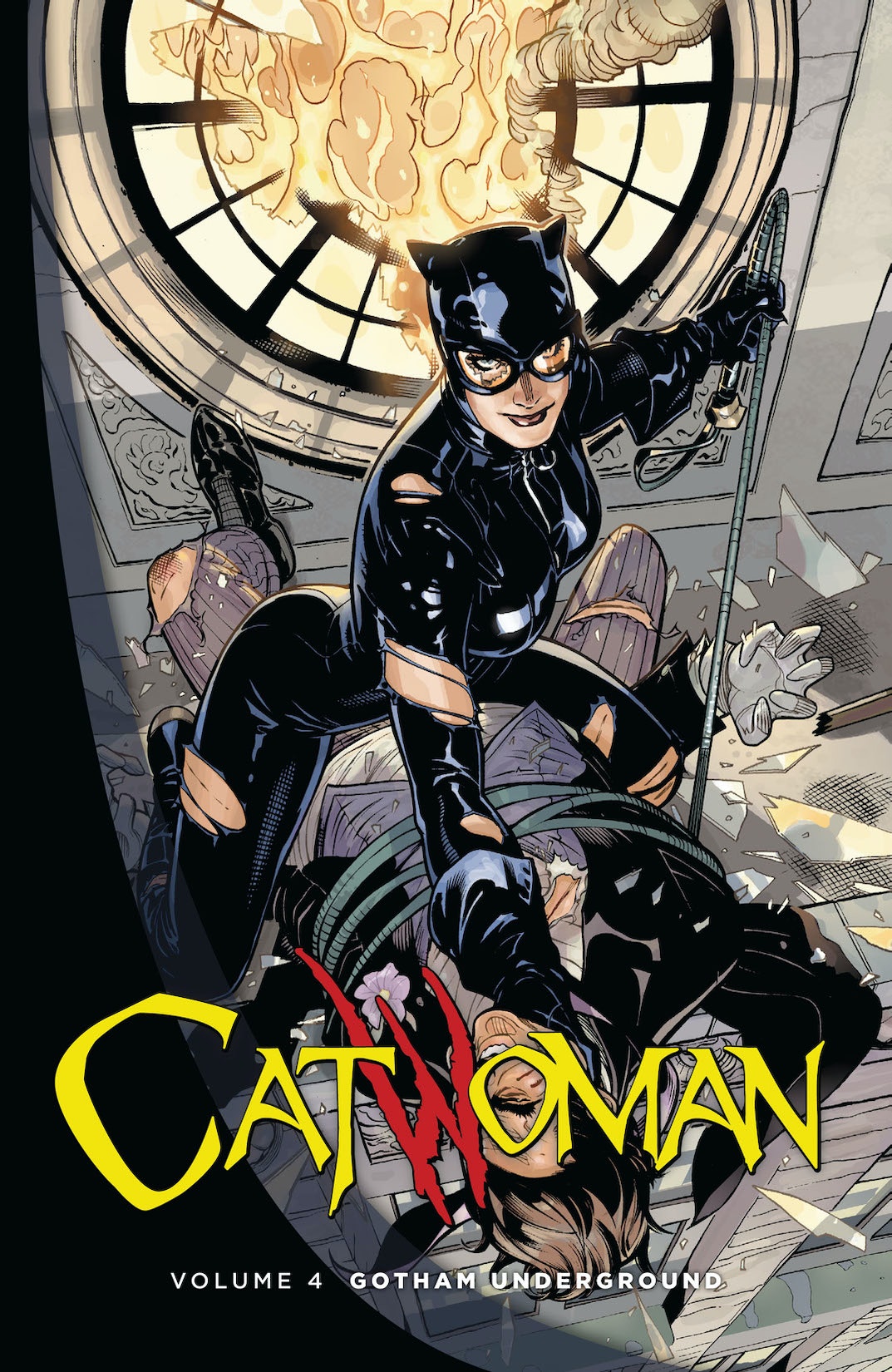 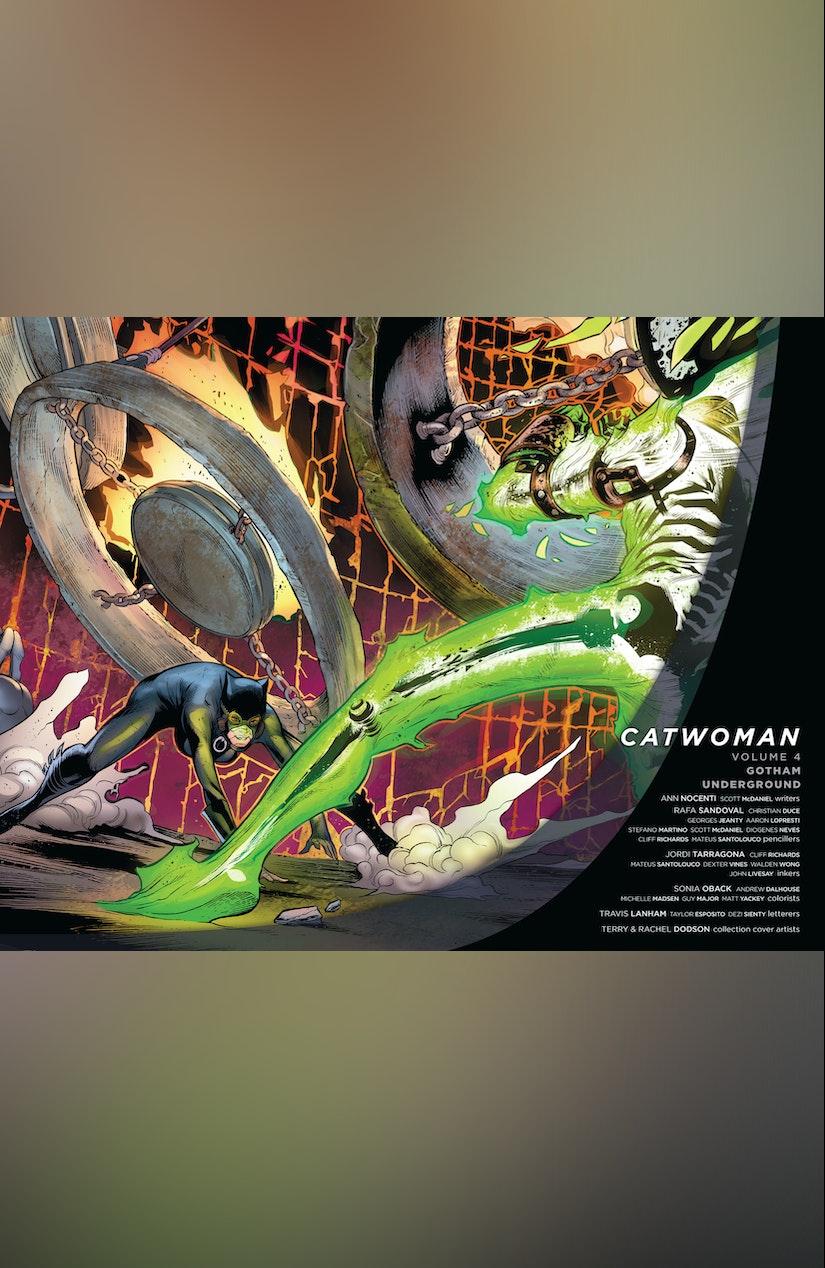 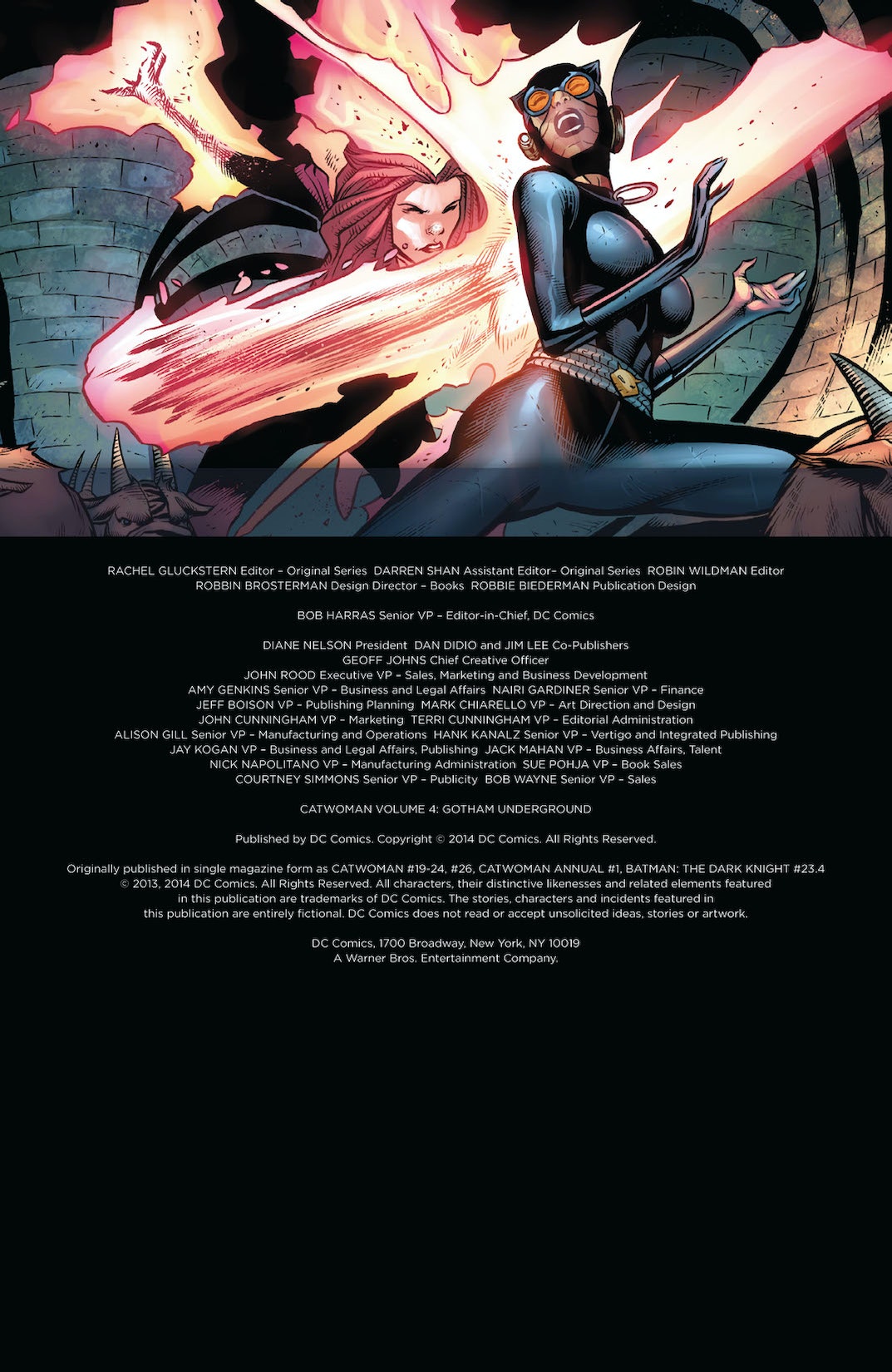 After being robbed time and time again by Catwoman, The Penguin has decided to wage war against the thieving antihero. But he isn’t the only one after her. Someone named The Joker’s Daughter is after Catwoman. Who is she, and why has she come to Gotham City? Don’t miss these stories from CATWOMAN #20-24 and 26, CATWOMAN ANNUAL #1 and BATMAN: THE DARK KNIGHT #23.4: JOKER’S DAUGHTER.