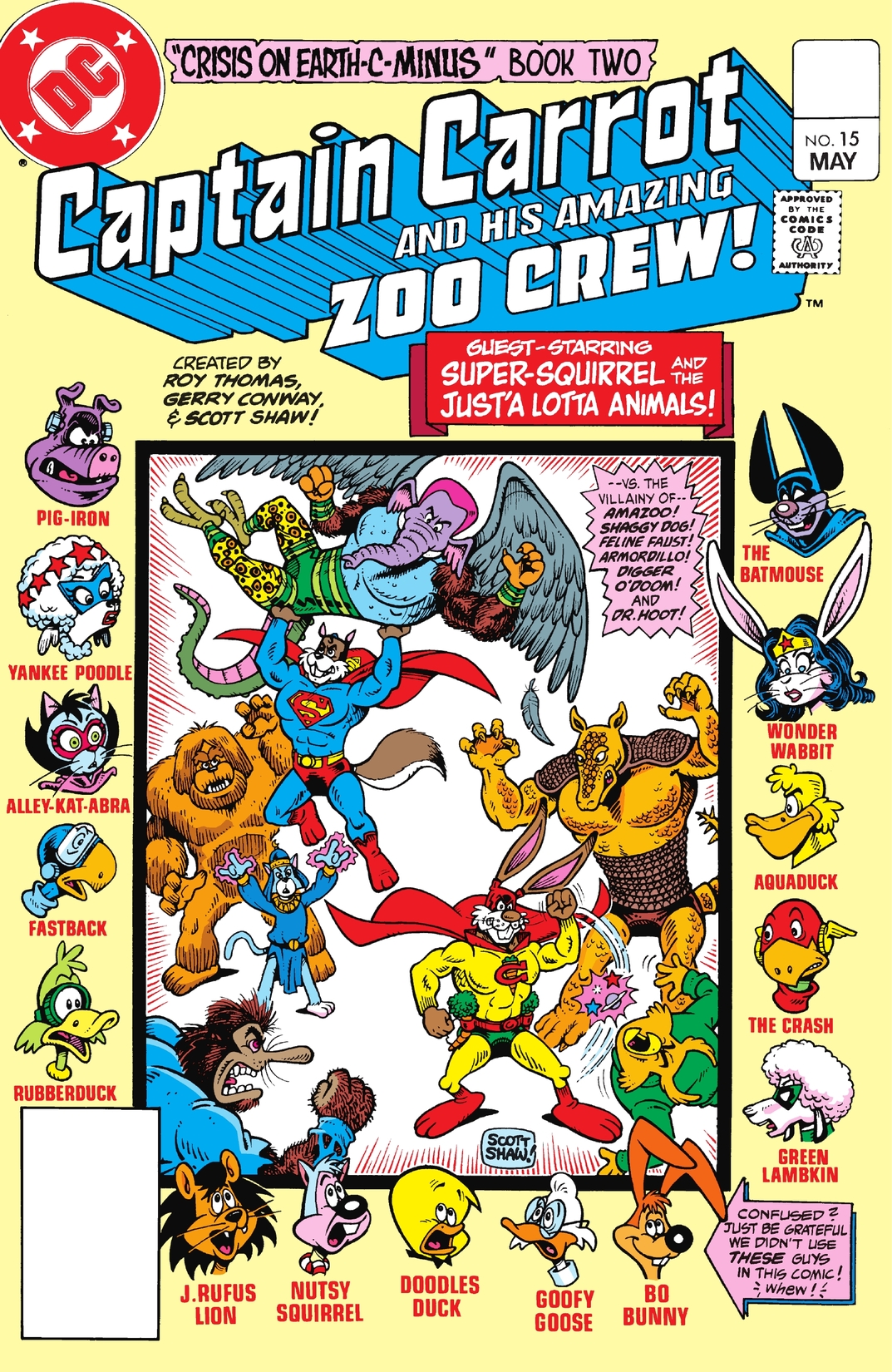 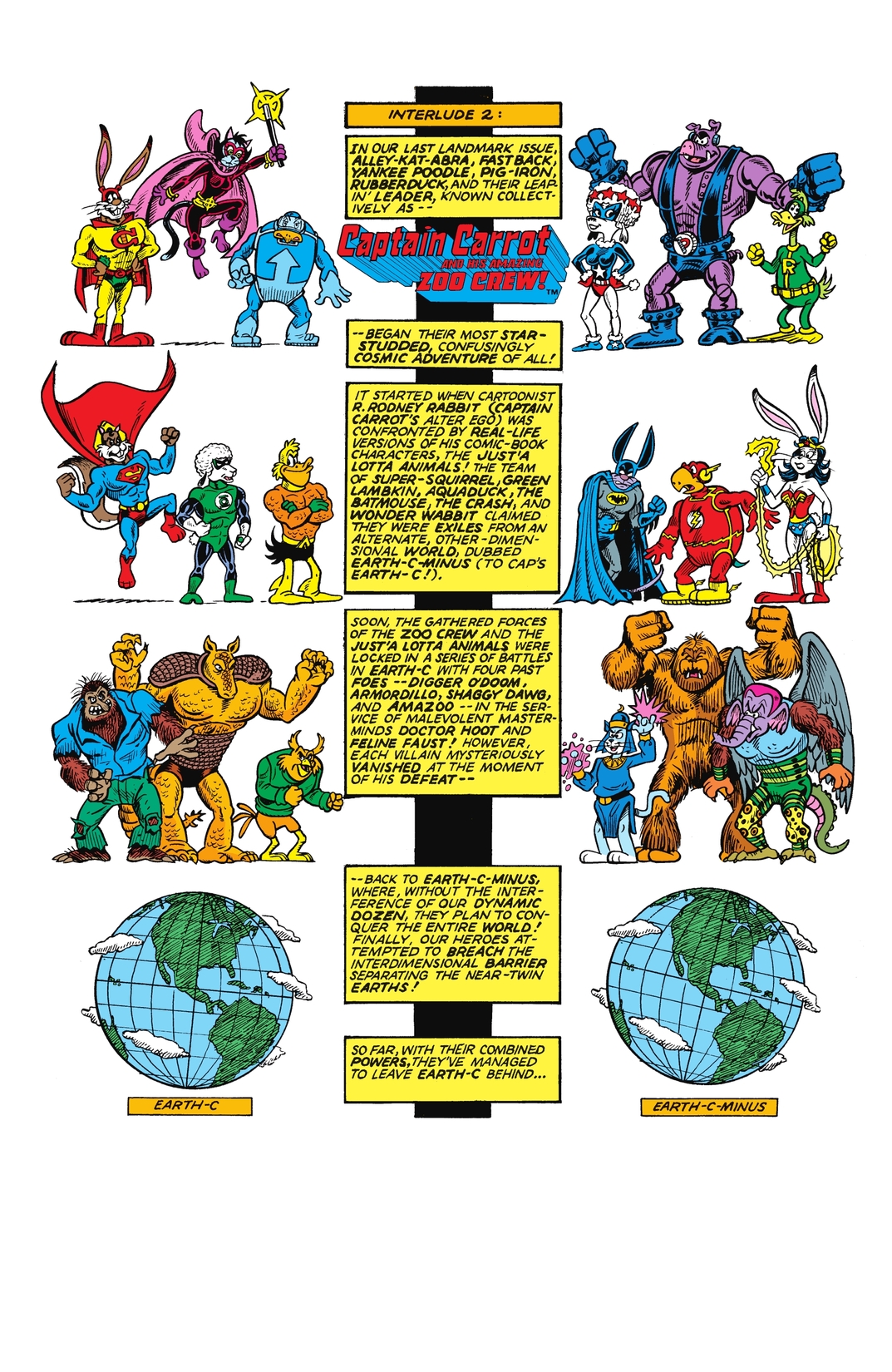 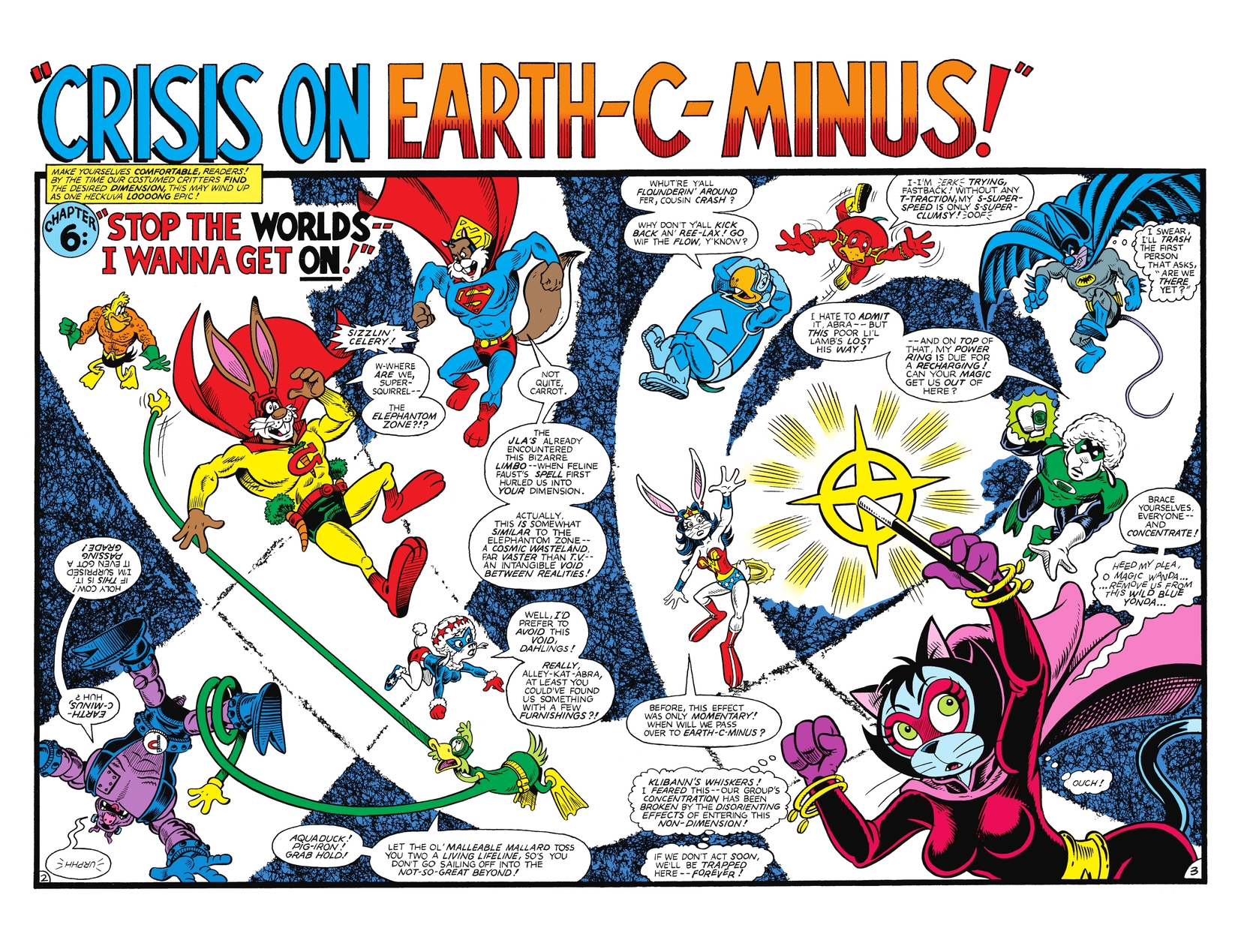 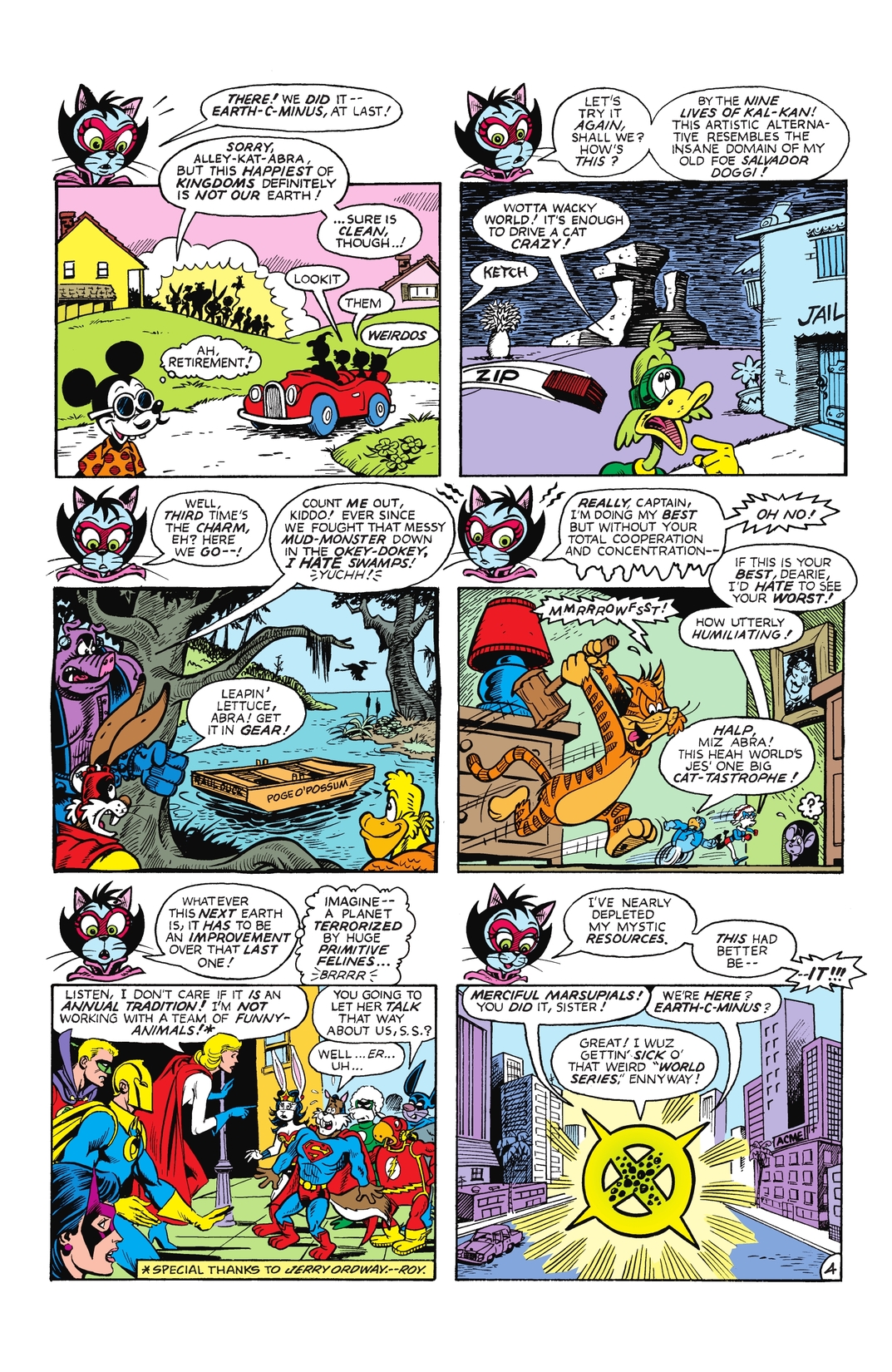 “Crisis on Earth-C-Minus!” Continuing from last issue, the Zoo Crew and the JLA (still not that one) are lost in a Multiversal limbo! Meanwhile, the villains of both teams have united to take over Earth-C-Minus. Two teams, two universes, and two destinies will collide, all in one issue!