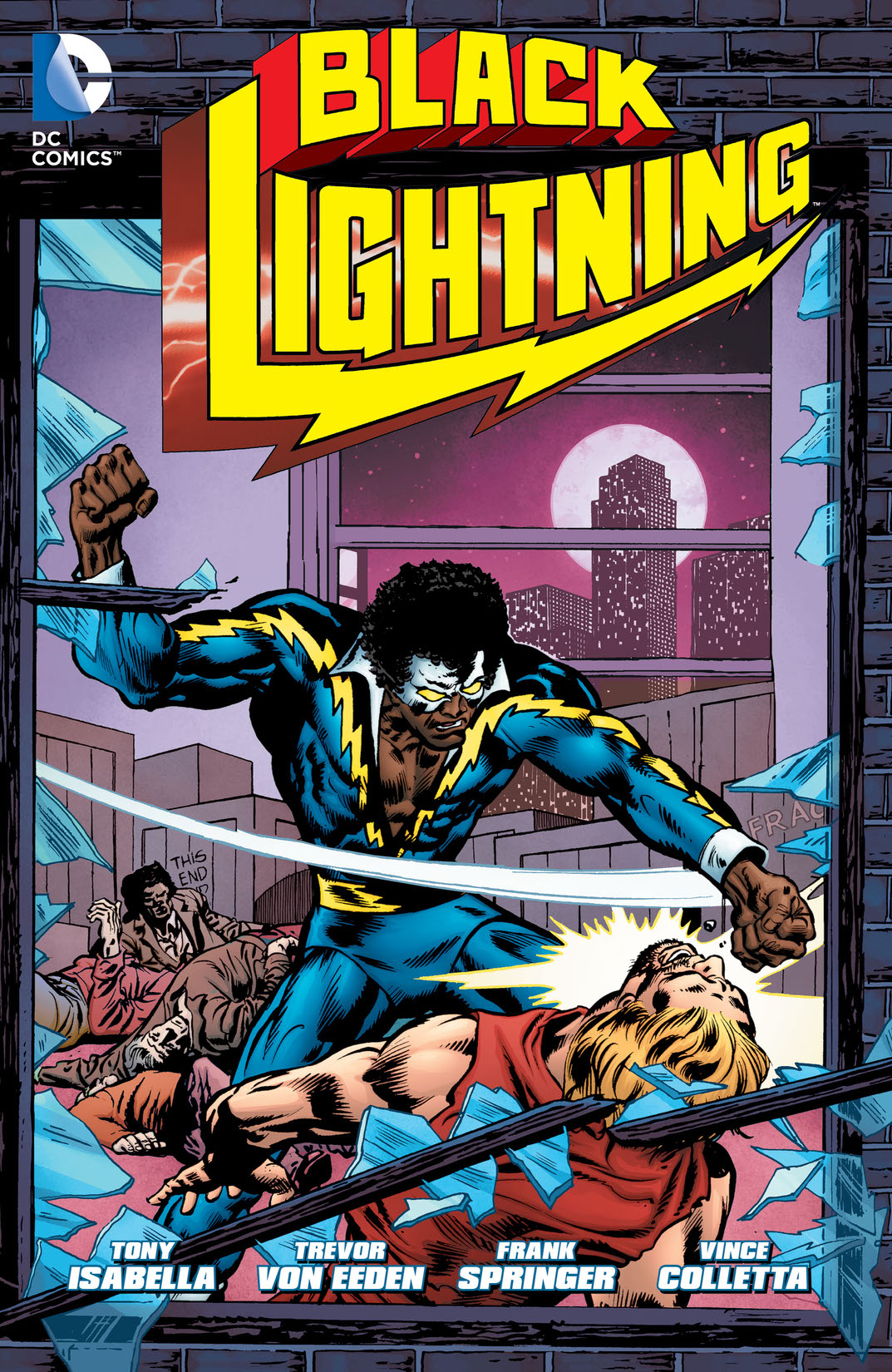 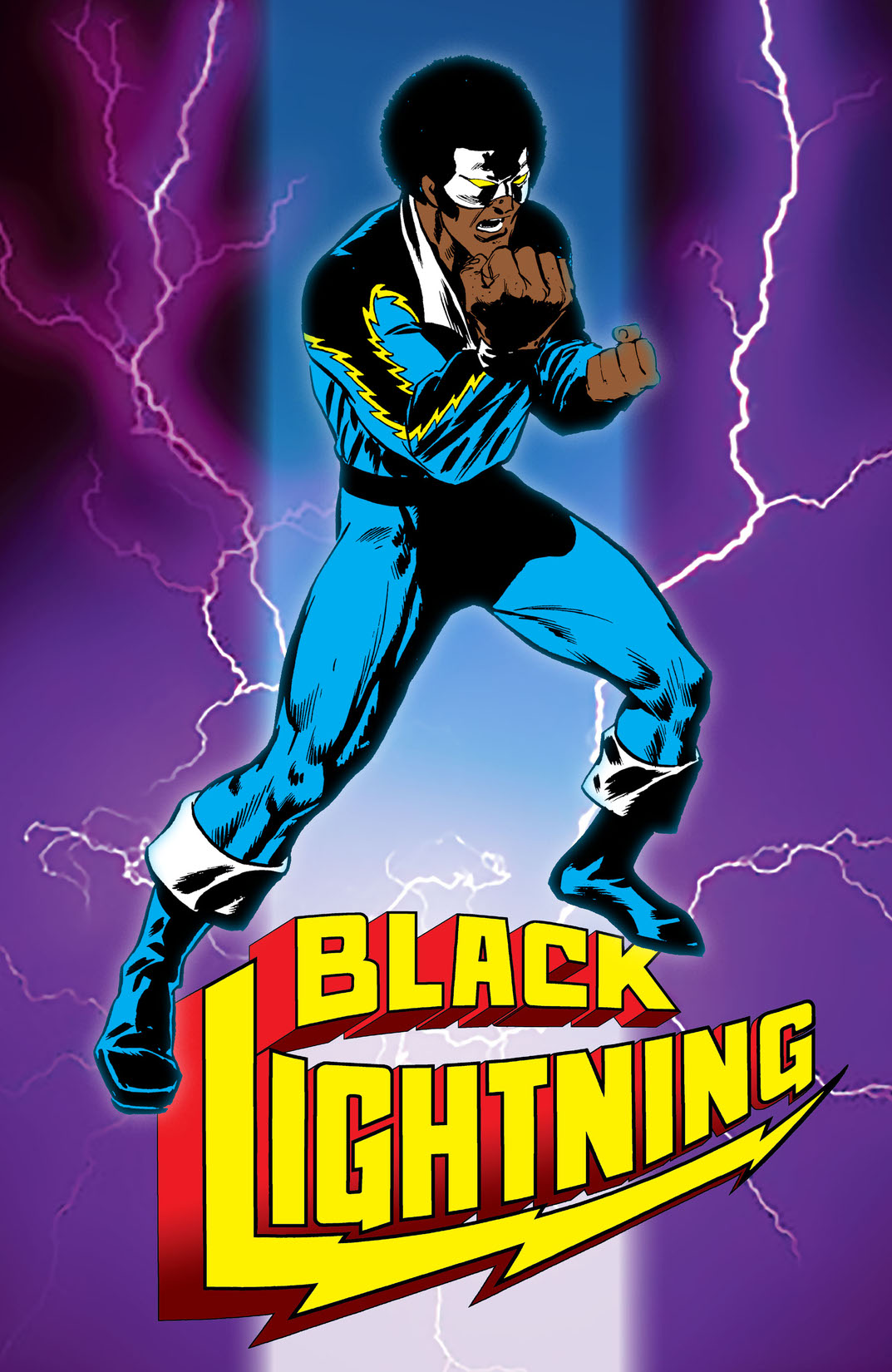 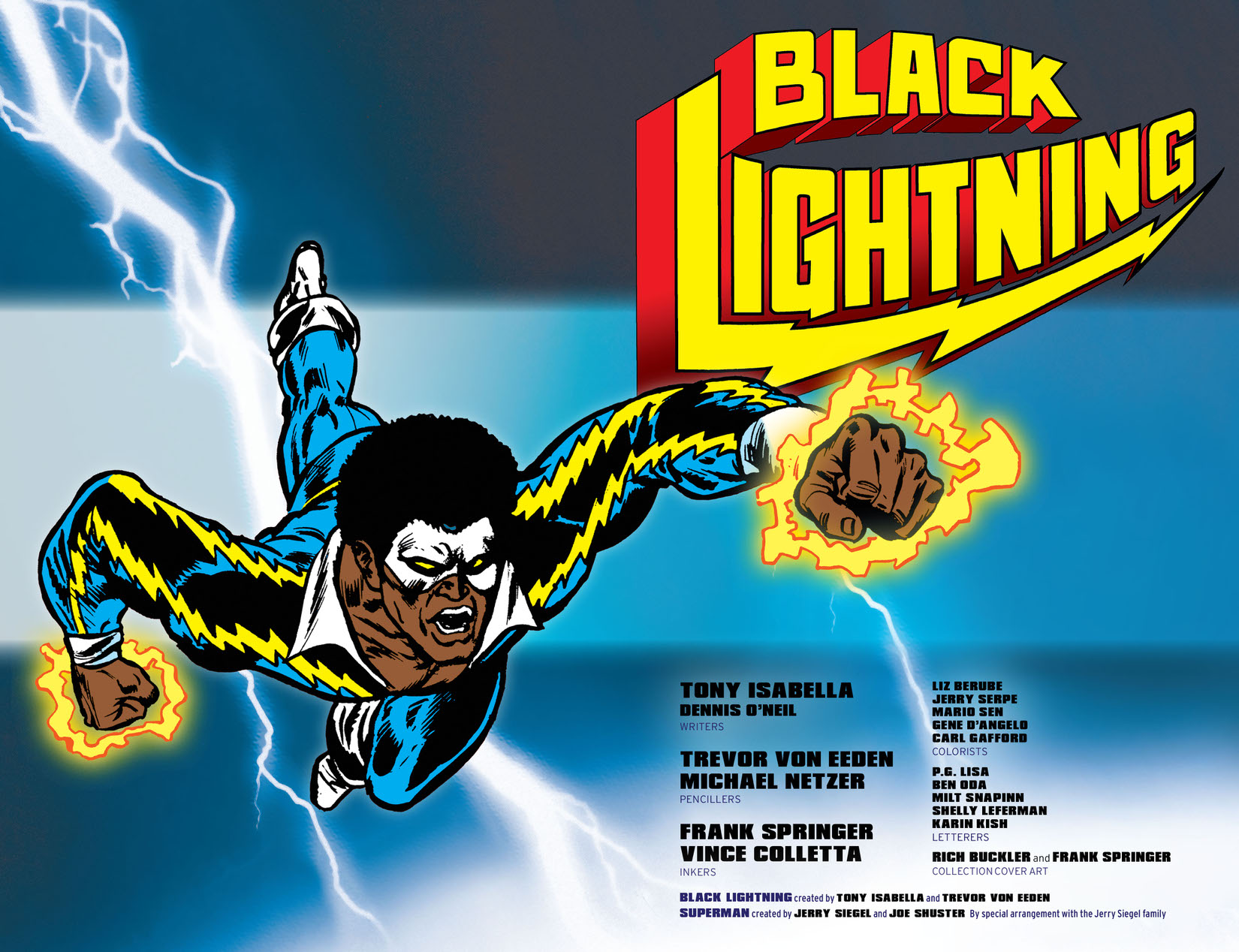 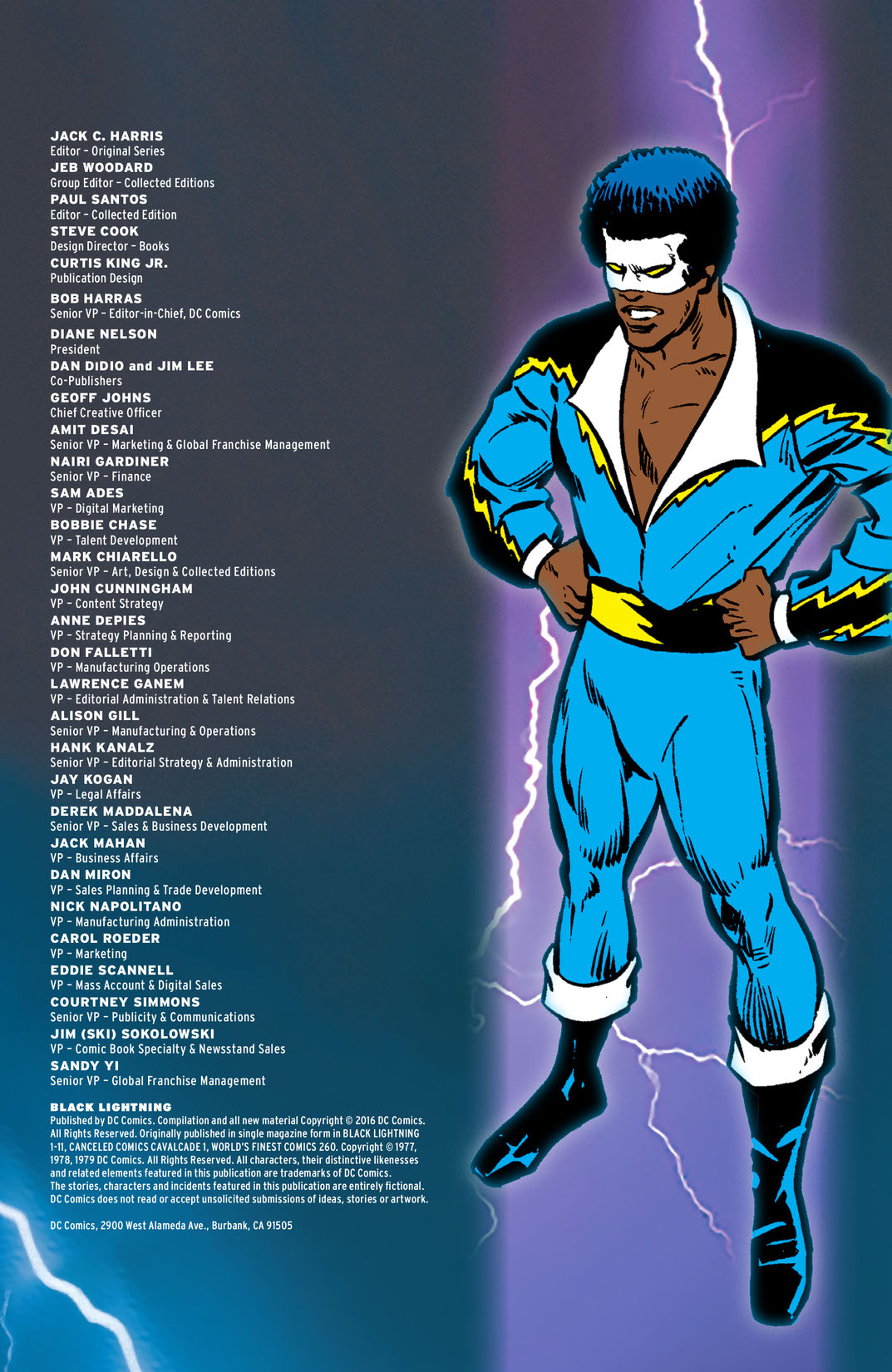 Black Lightning’s first solo series and origin story! With the power to generate electricity from within, Jefferson Pierce has donned a colorful costume and the secret identity of Black Lightning! However, it will take all of his abilities to protect his Metropolis neighborhood of Suicide Slum from those who seek to destroy it. With guest appearances by Superman and some familiar villains, Black Lightning makes DC Comics history. Collecting for the first time BLACK LIGHTNING #1-11 and WORLD’S FINEST #260, featuring work by creators Tony Isabella and Trevor Von Eeden, along with veteran inkers Frank Springer and Vince Colletta!