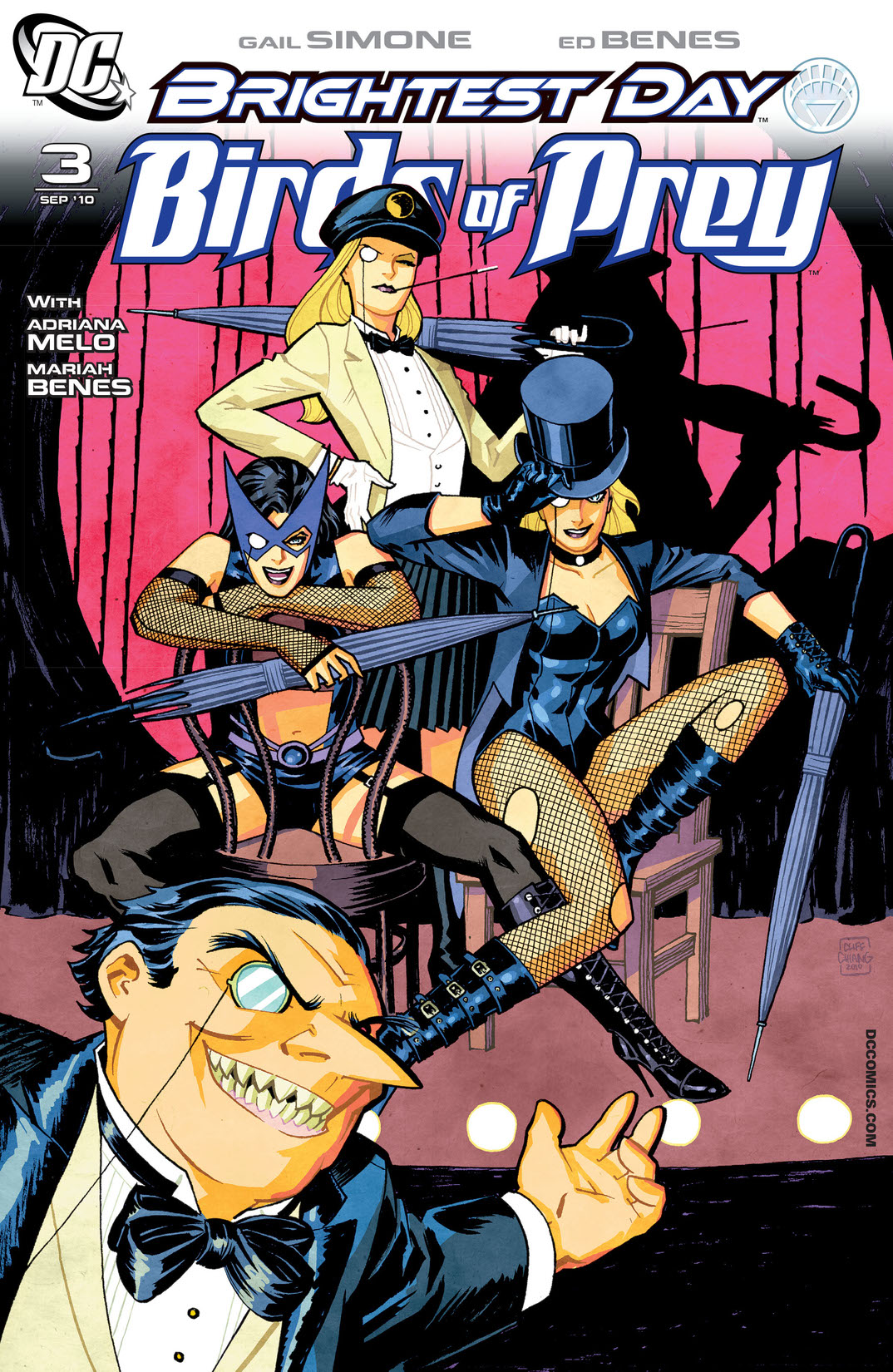 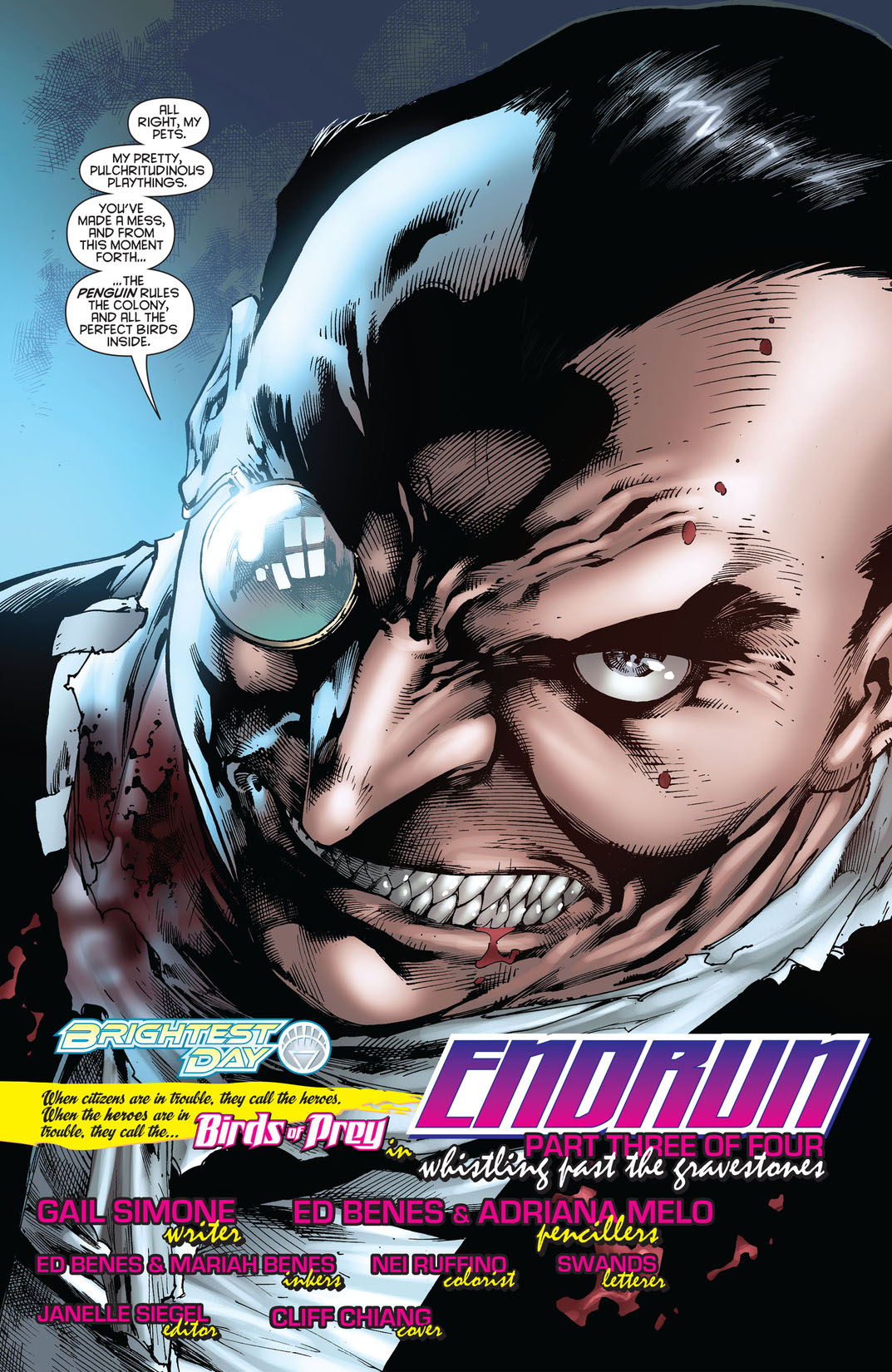 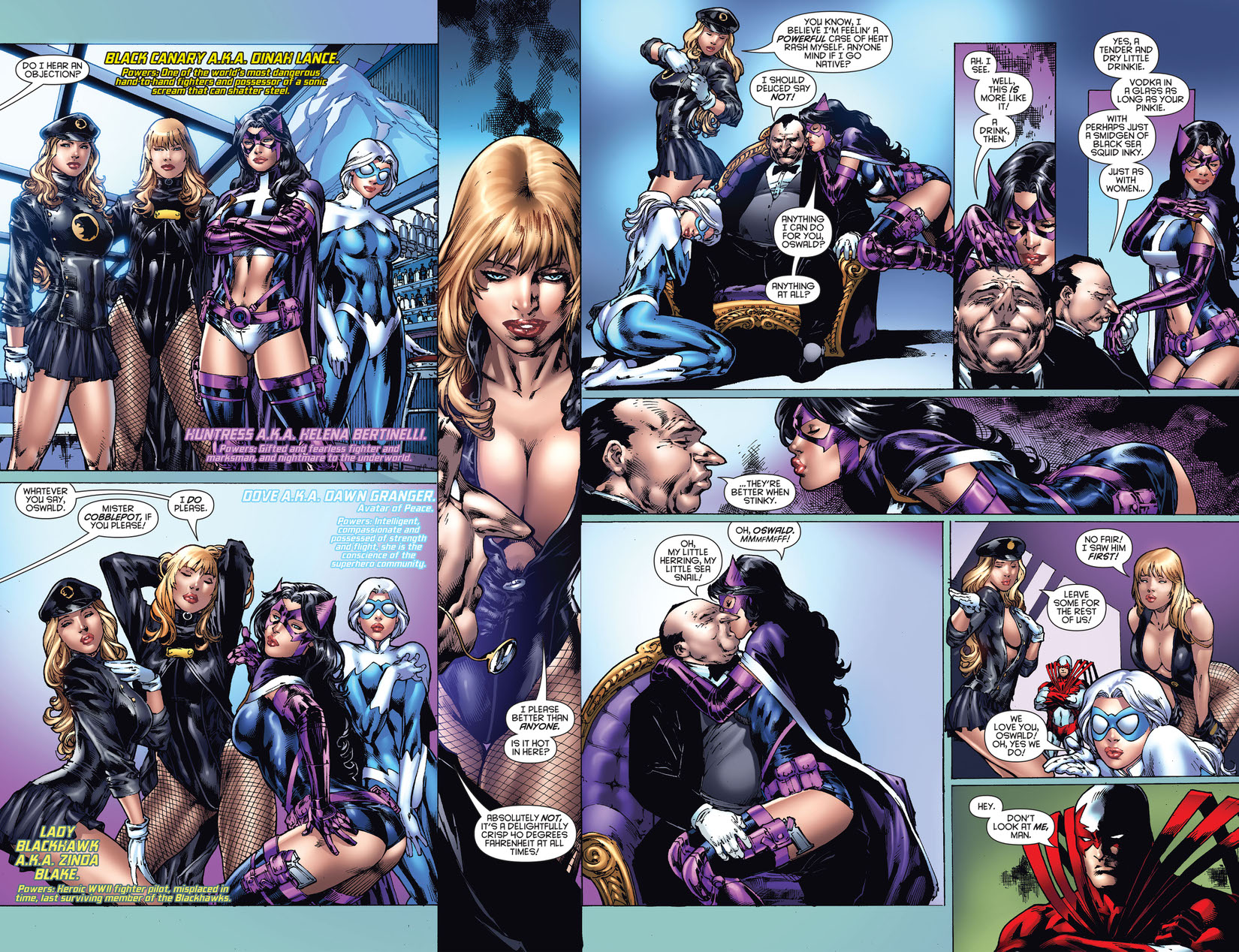 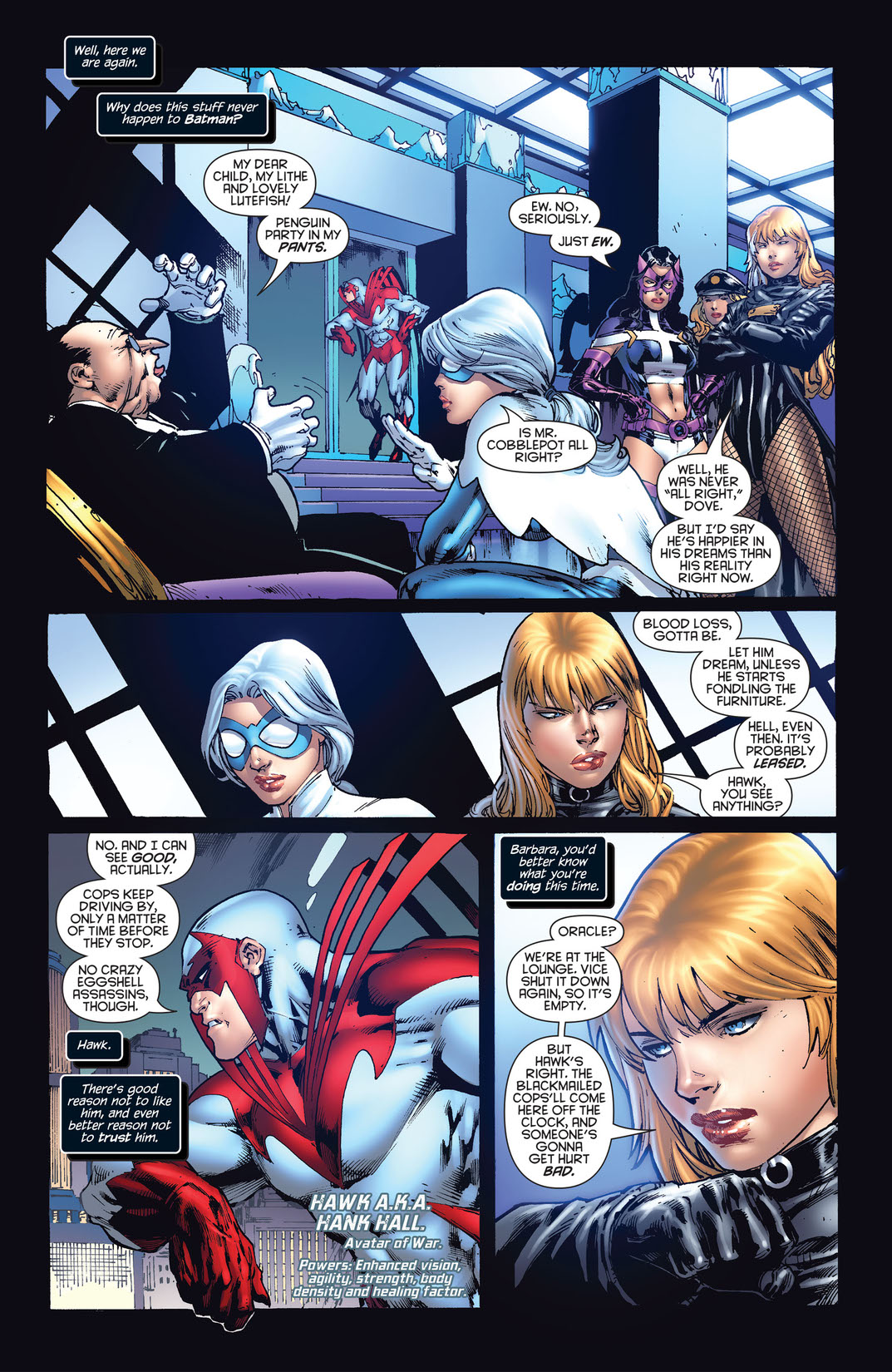 Pursued by an unstoppable killer, the Birds are forced to run a gantlet of insane gang members and corrupt cops out to kill them all while trying to stop a teammate from dying in front of their eyes! 'Endrun' part 3.