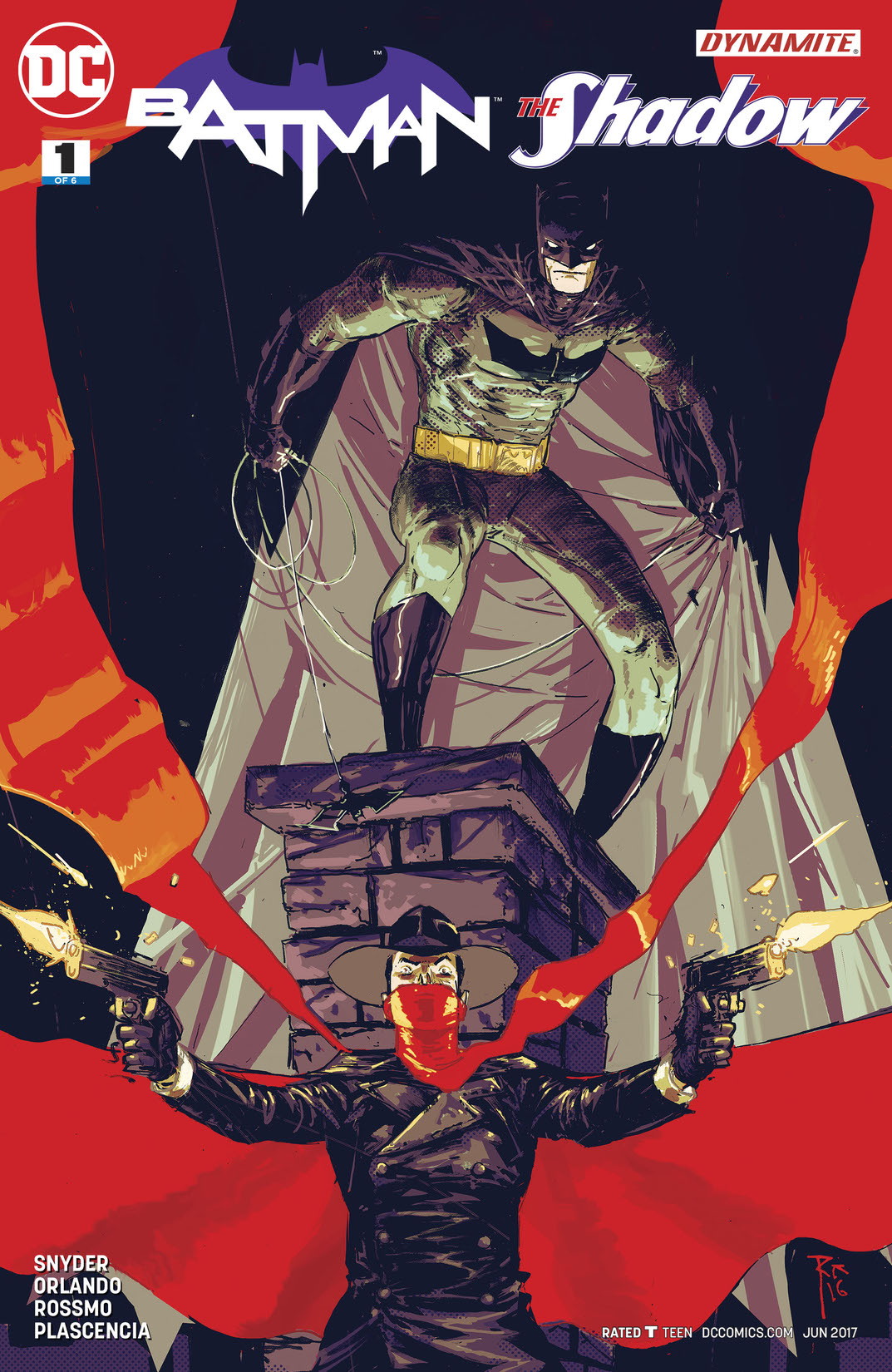 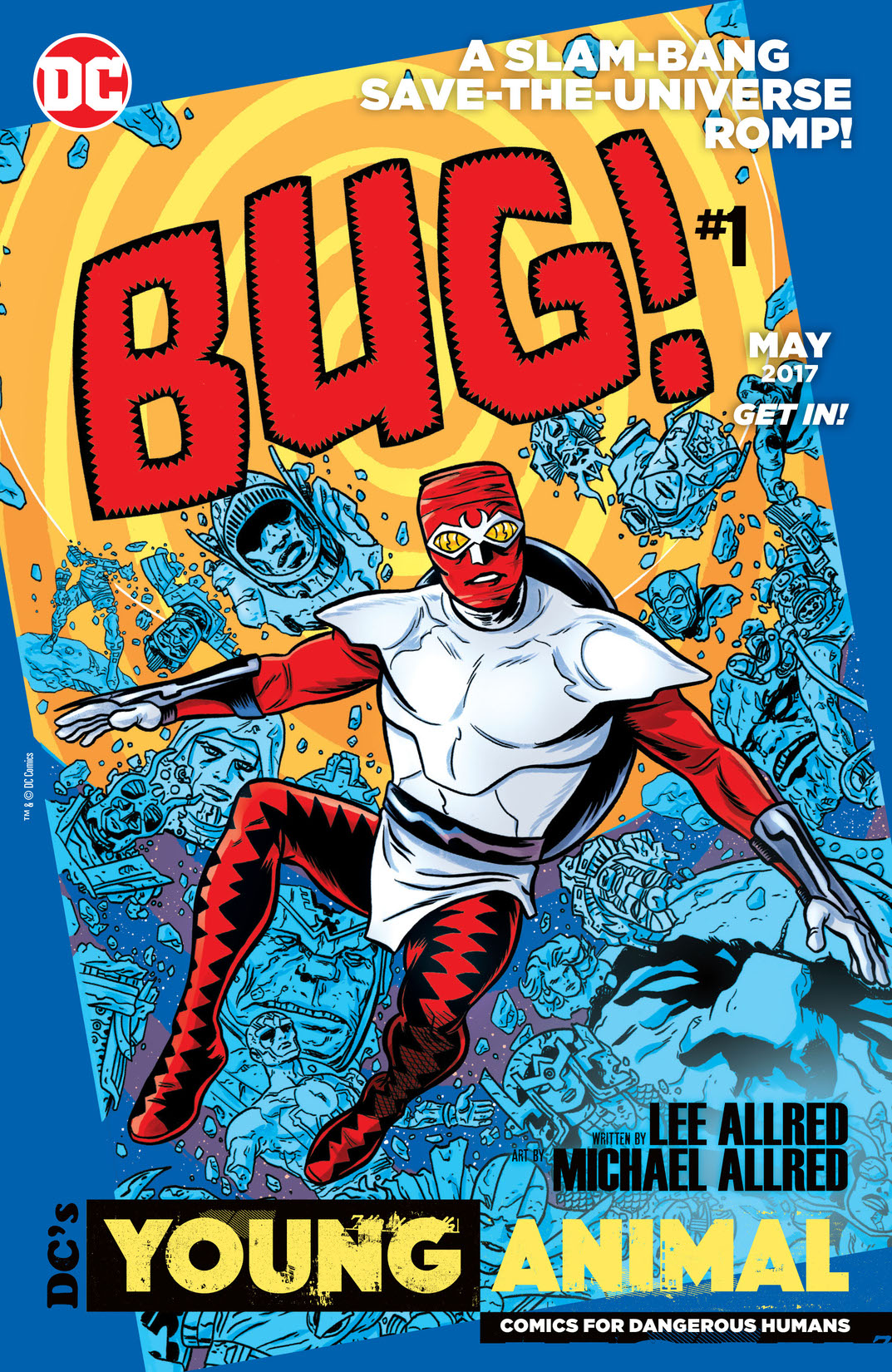 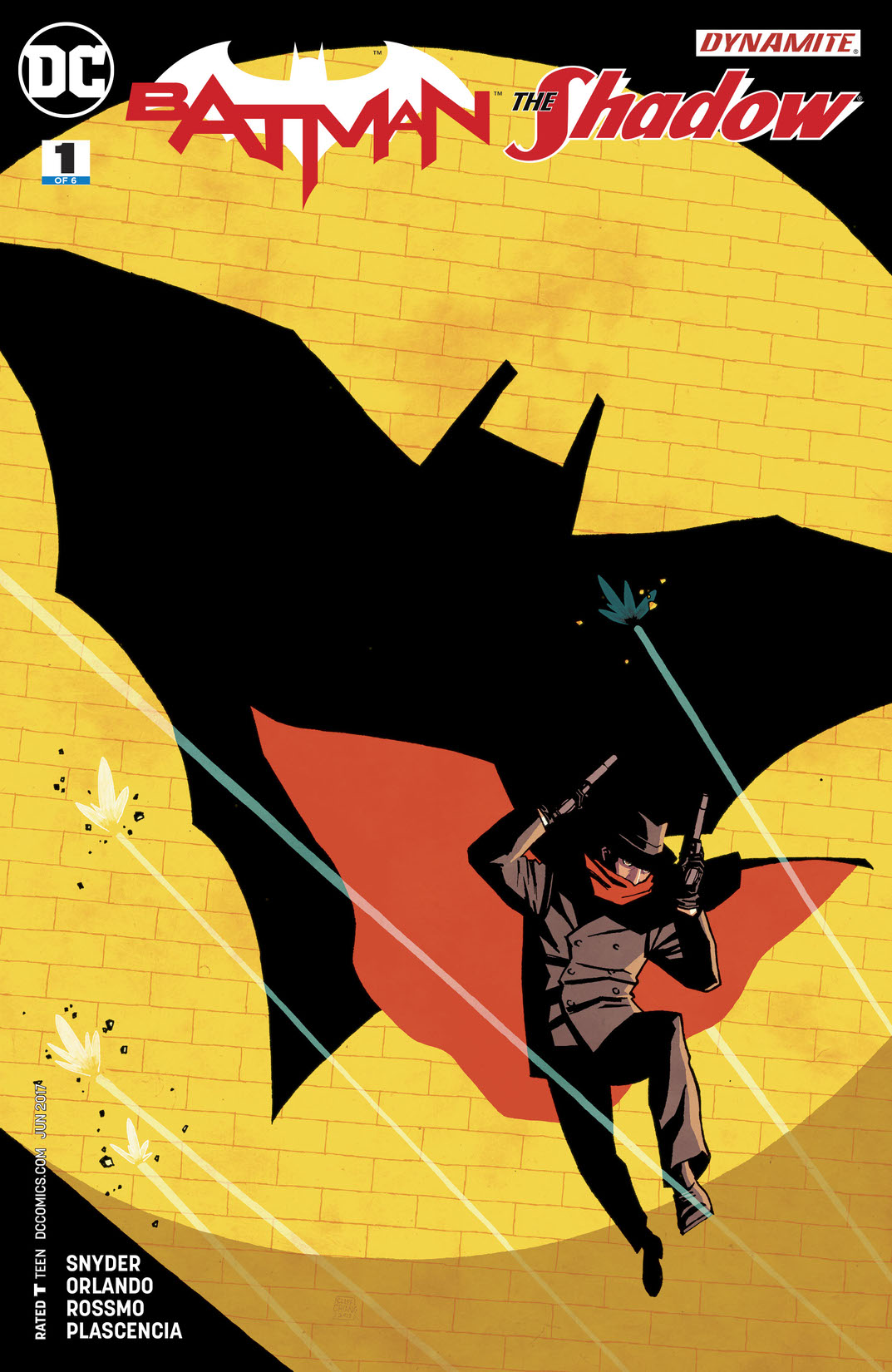 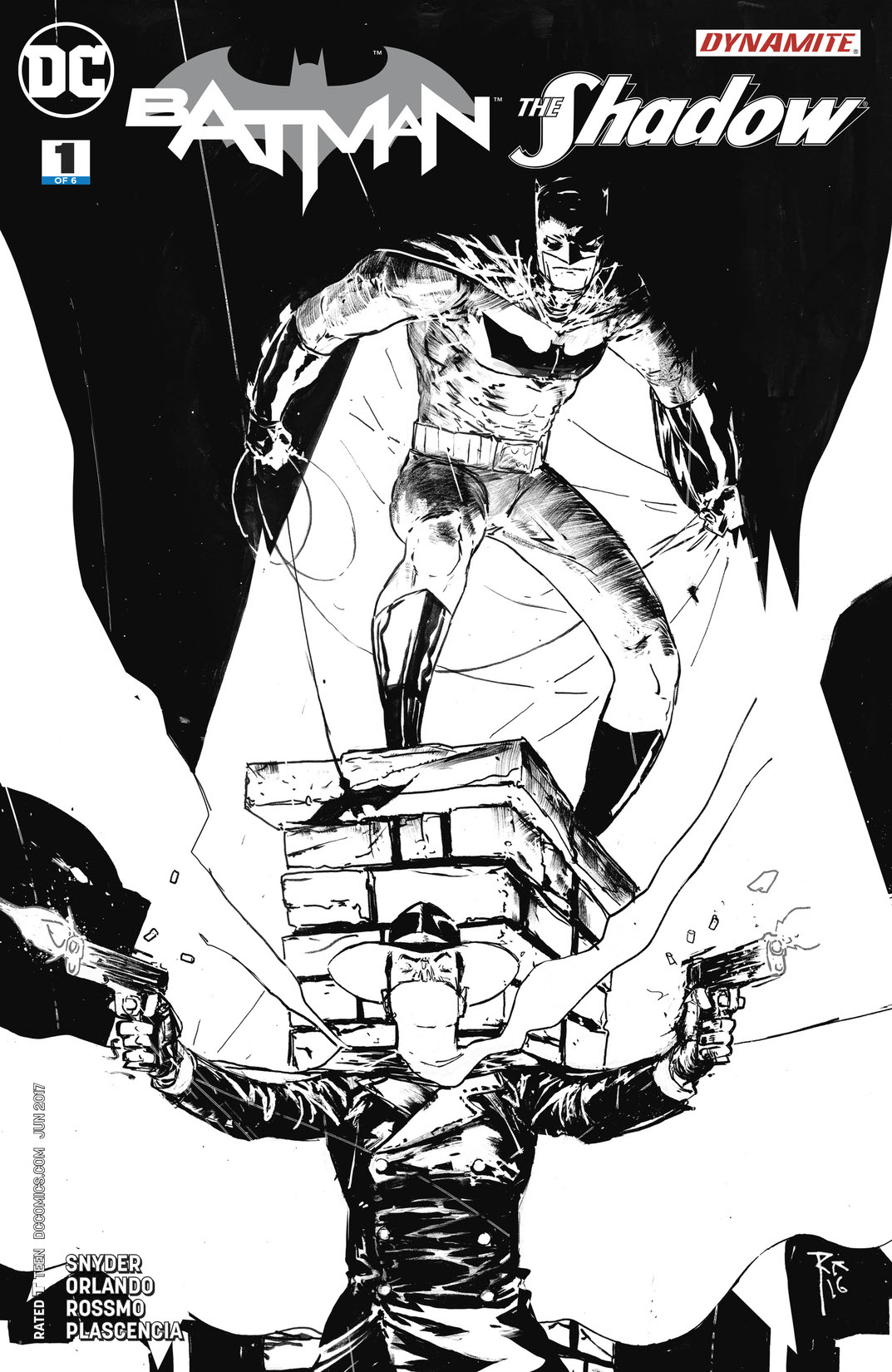 Two of history’s greatest vigilantes are reunited at last! Murder has come to Gotham City, and Lamont Cranston appears to be the culprit…but he’s been dead for over fifty years! Batman will go to the ends of the Earth to unravel the mystery of Cranston’s life, but the mysterious Shadow will do everything in his power to stop him from learning too much… The superstar team of writers Scott Snyder and Steve Orlando and artist Riley Rossmo brings you a dark and twisty modern noir like nothing you’ve seen before, with a brand-new villain unlike any either hero has faced! This is the unmissable crime series of 2017, so get on board now! Co-published with Dynamite.