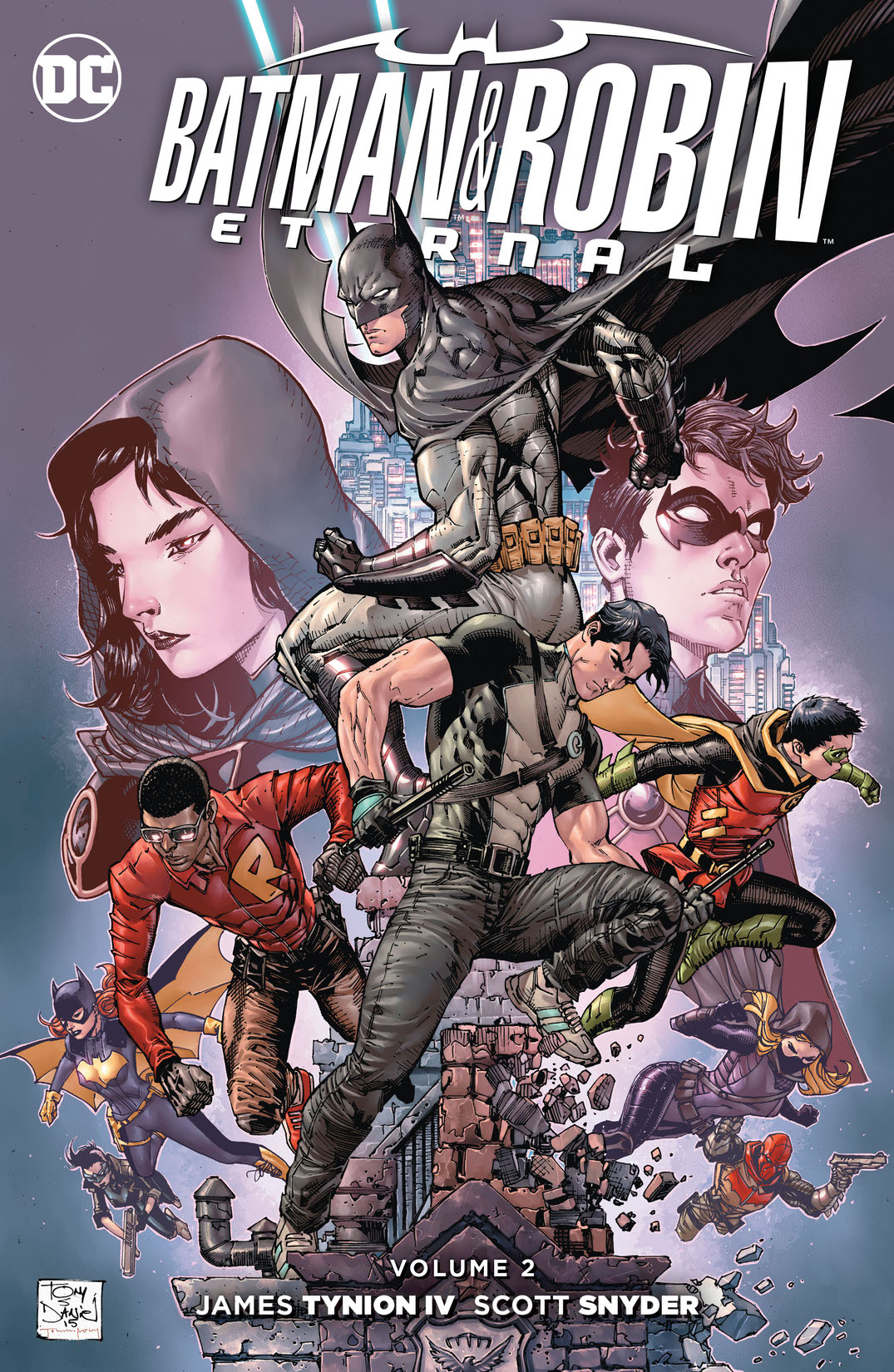 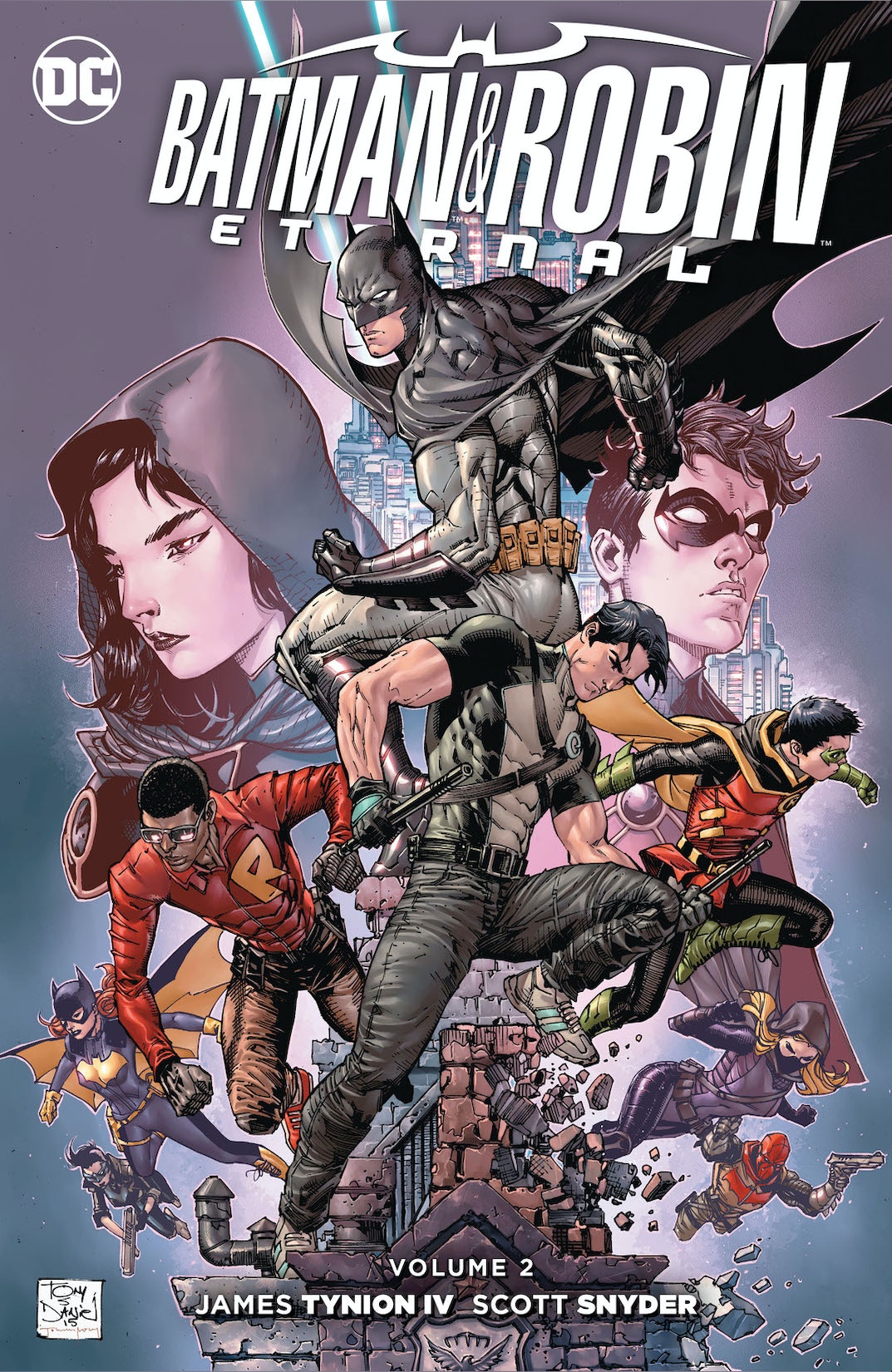 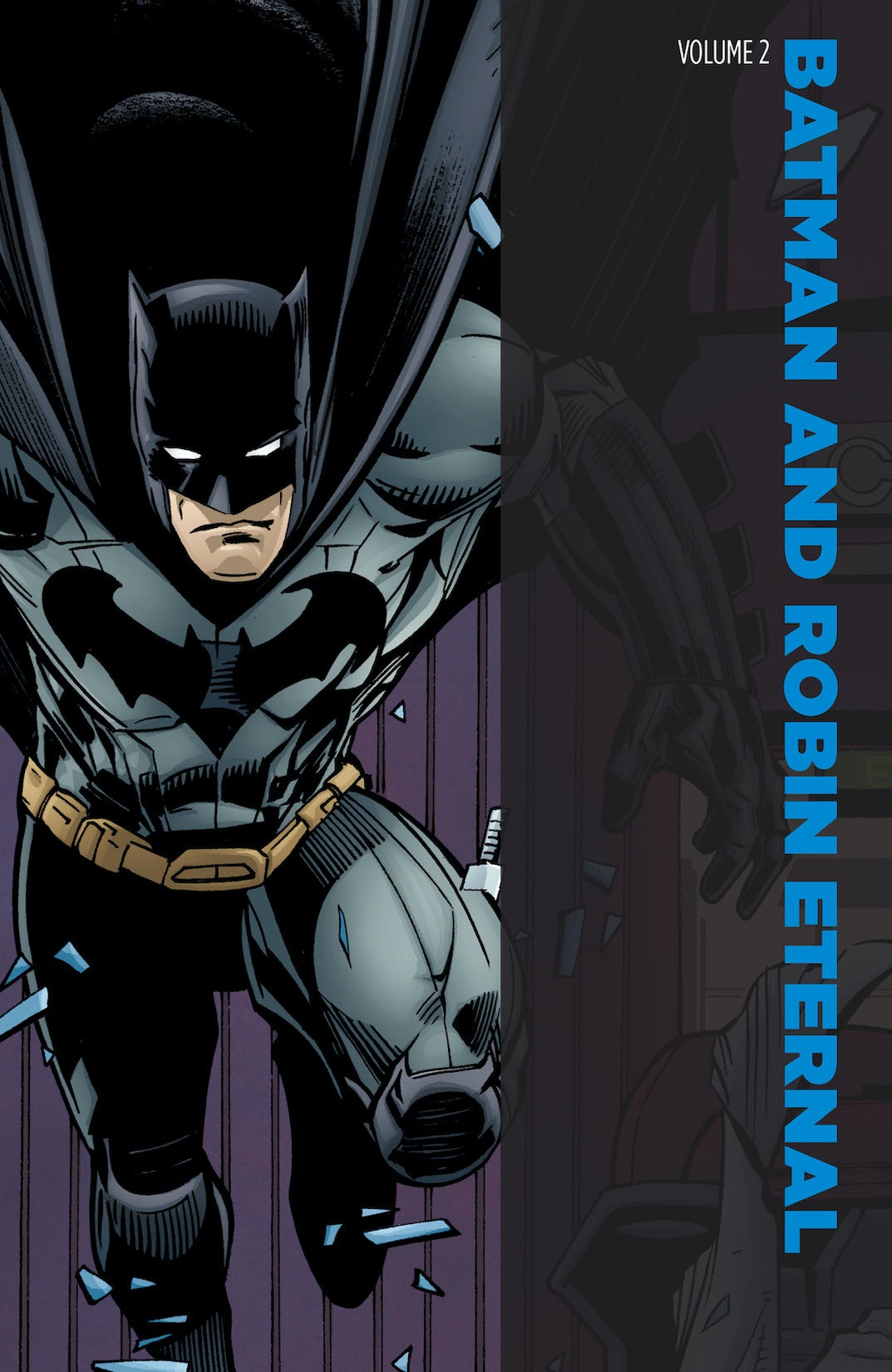 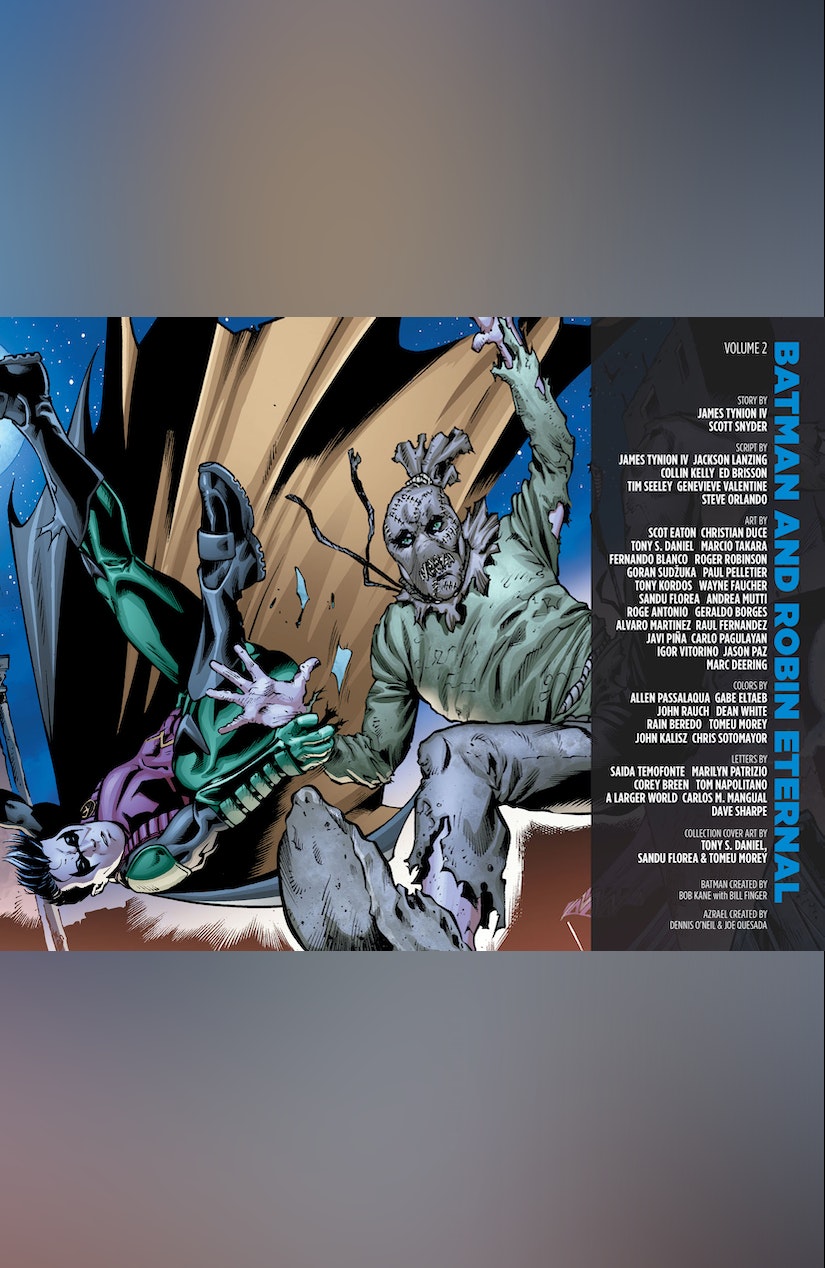 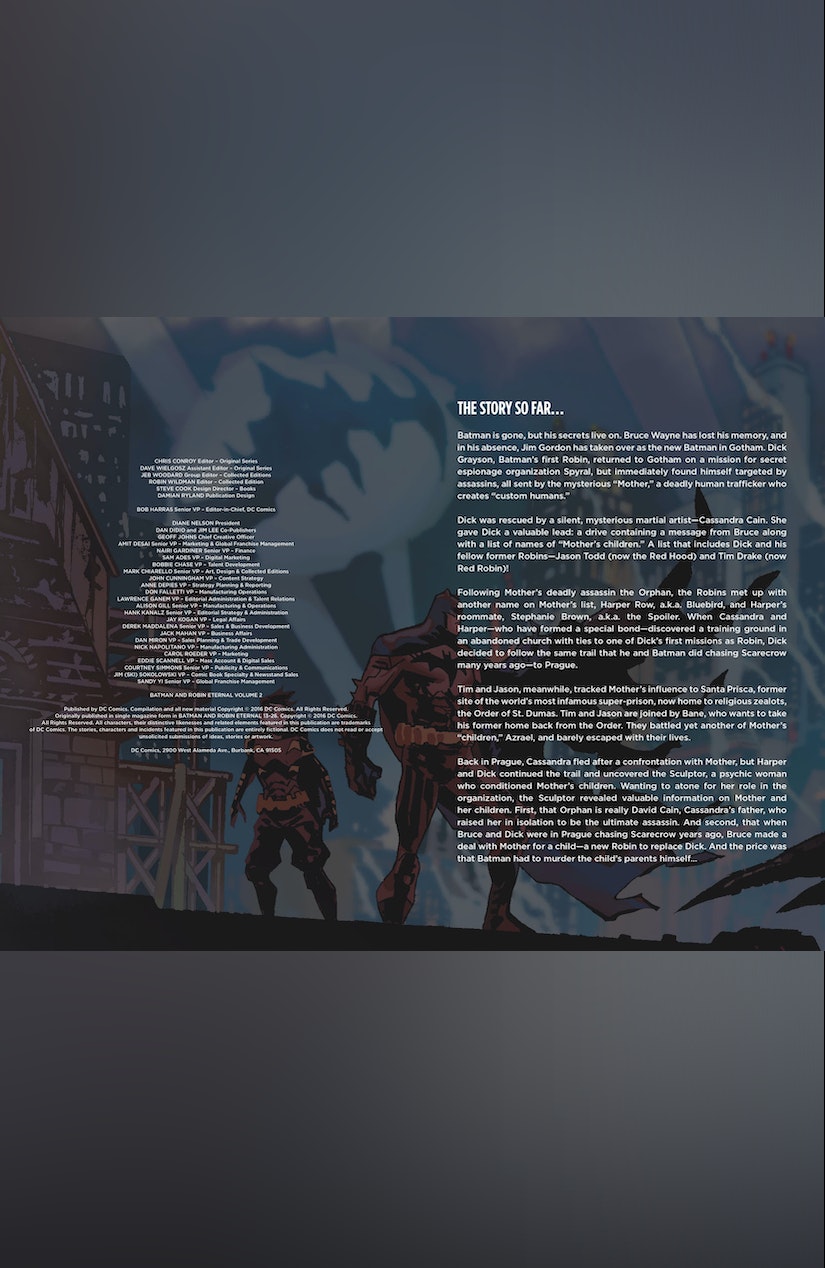 The epic finale of the sequel to the NEW YORK TIMES best-selling series BATMAN ETERNAL is here! The Dynamic Duo thought they had defeated her for good; but now, five years later, Mother is back, and she's ready to enact her grand plan-one that's even worse than Dick Grayson and the Robins could have ever imagined. When the truth behind Batman's greatest failure is revealed, one of his allies may walk away from the fight forever. As the world burns, it's up to Dick Grayson to save an entire generation from unspeakable tragedy! Secrets are revealed, friendships are tested, and things will never be the same for the Bat-family. From best-selling writers James Tynion IV and Scott Snyder! Collects BATMAN & ROBIN ETERNAL #14-26.