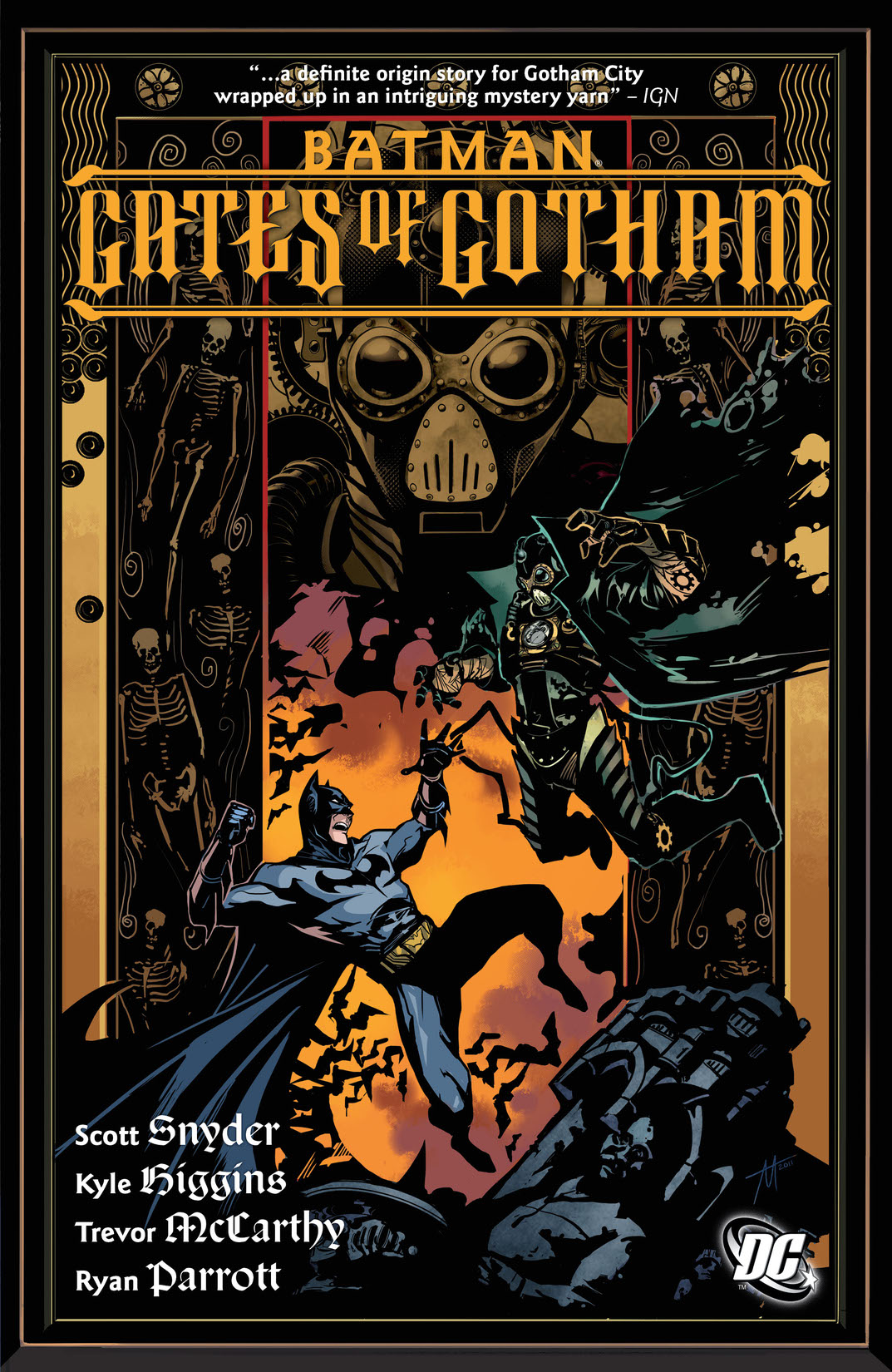 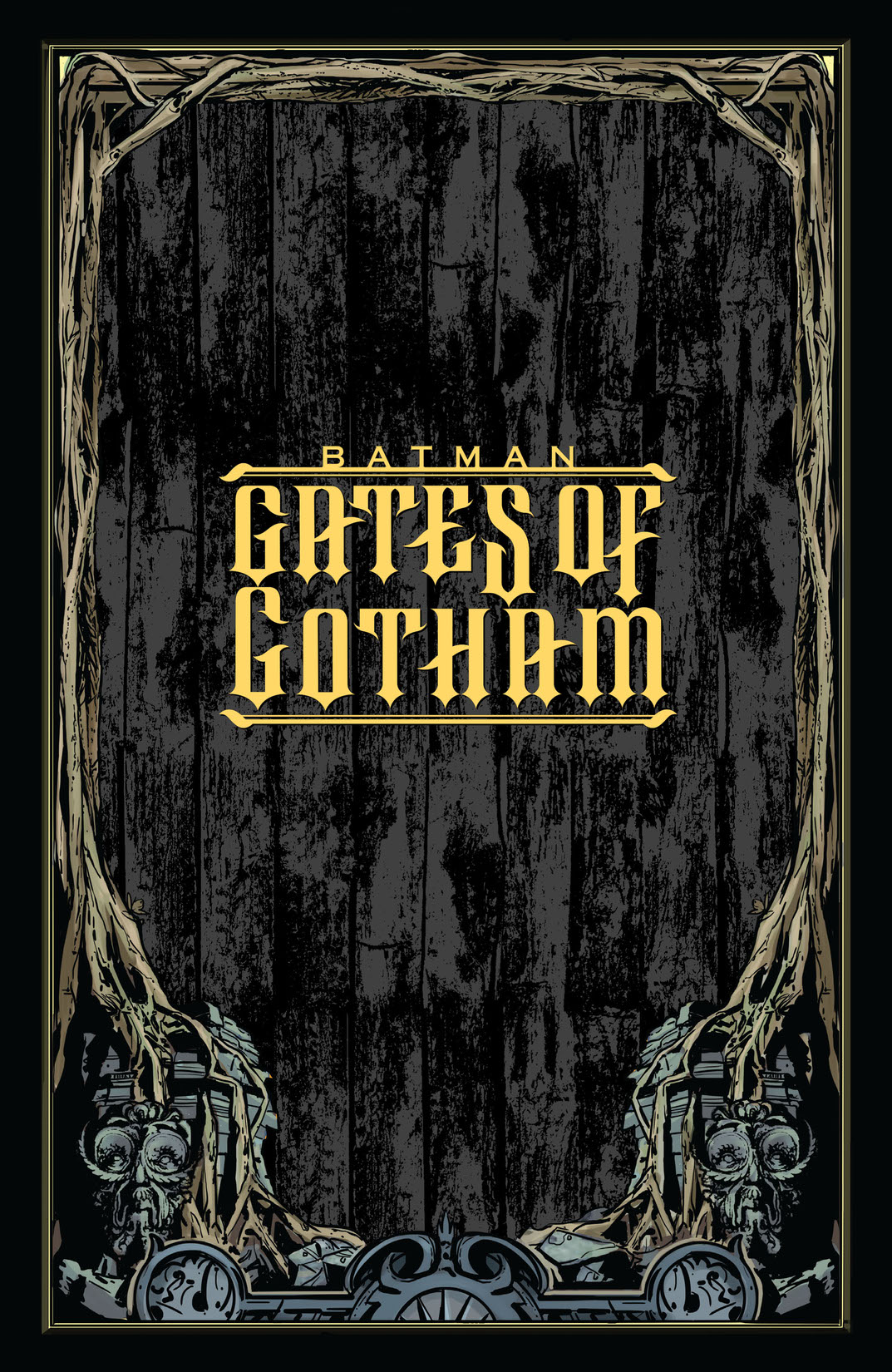 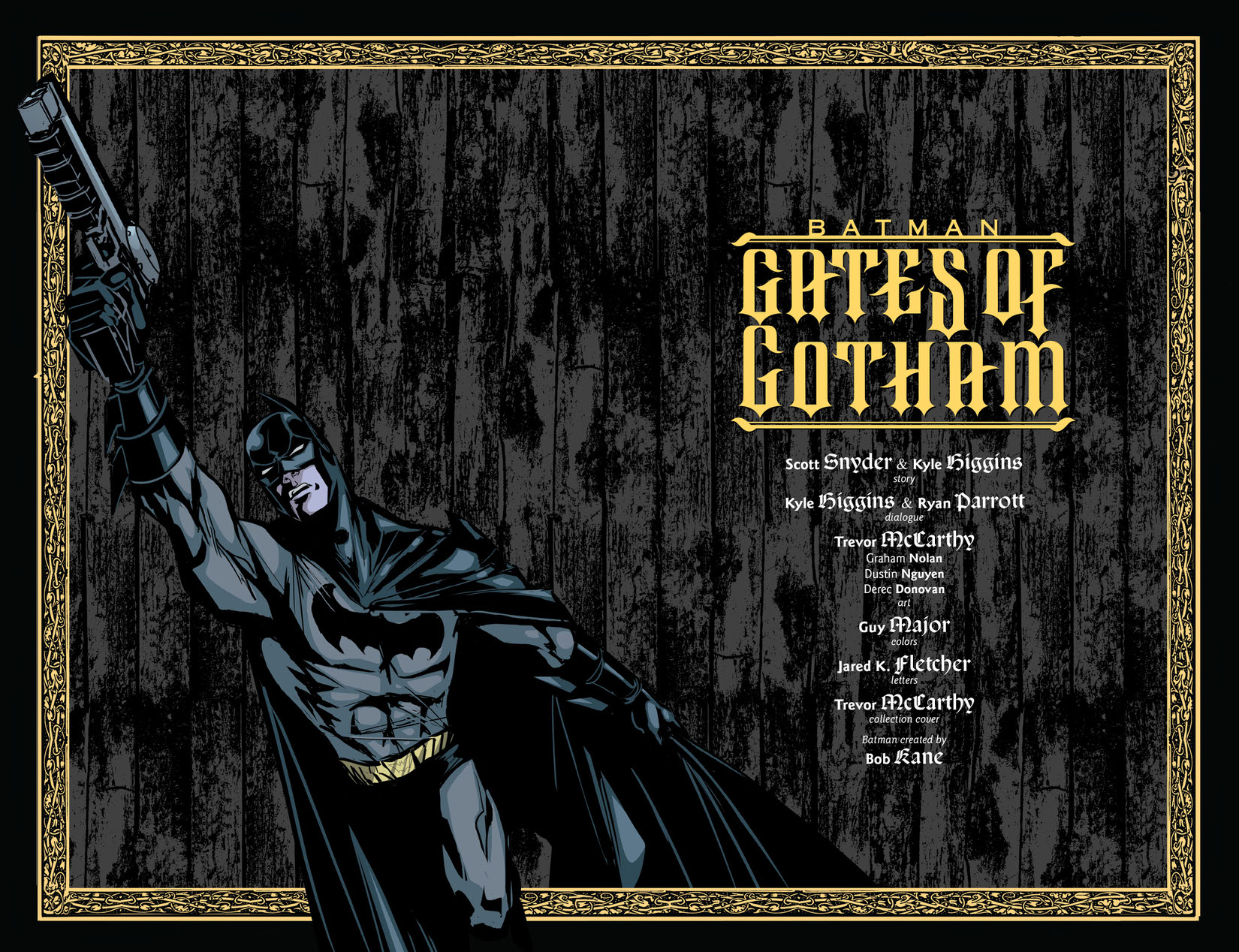 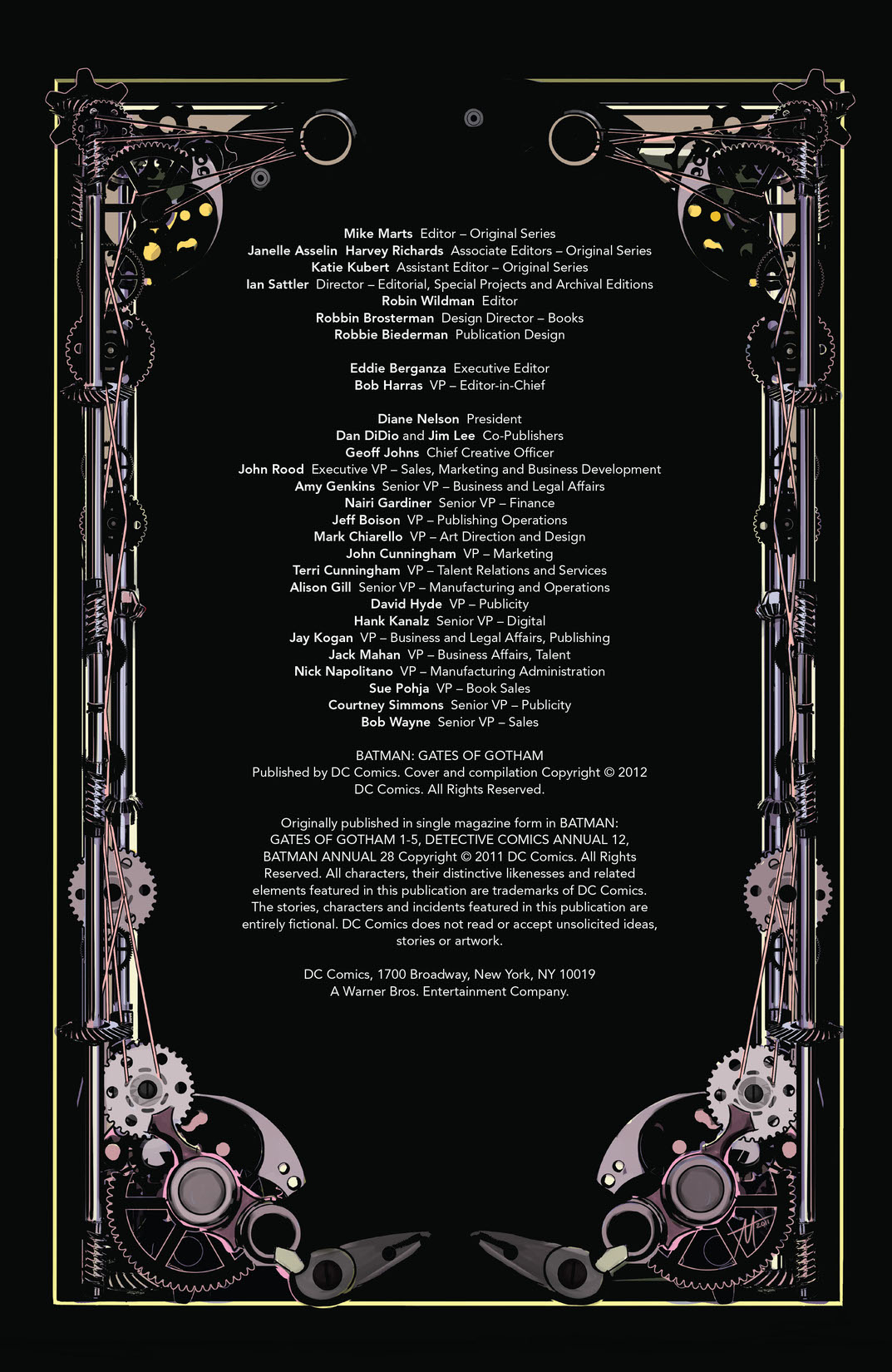 A NEW YORK TIMES BESTSELLER At the turn of the century, three prominent families shaped the construction of modern-day Gotham City. Now, a madman with three-hundred pounds of explosives and a century-old grudge is threatening to bring it all crashing down. Beginning with the simultaneous destruction of some of Gotham's oldest bridges, the mysterious villain is targeting the holdings and legacies of Gotham's most notable families-including the Waynes. To uncover the truth behind the villainous Architect and his link to the city's violent past, Batman unites with Robin, Red Robin and Batman Inc.'s Hong Kong operative the Black Bat. But can they stop their new foe's plans before it's too late? The future of Gotham started with an explosion, and it could end the very same way... The critically acclaimed scribe of BATMAN Scott Snyder teams with hot young writer Kyle Higgins (NIGHTWING) and Ryan Parrot for a mystery that stretches back to the earliest days of Gotham, with art by the all-star team of Trevor McCarthy, Dustin Nguyen, Graham Nolan and Derec Donovan.