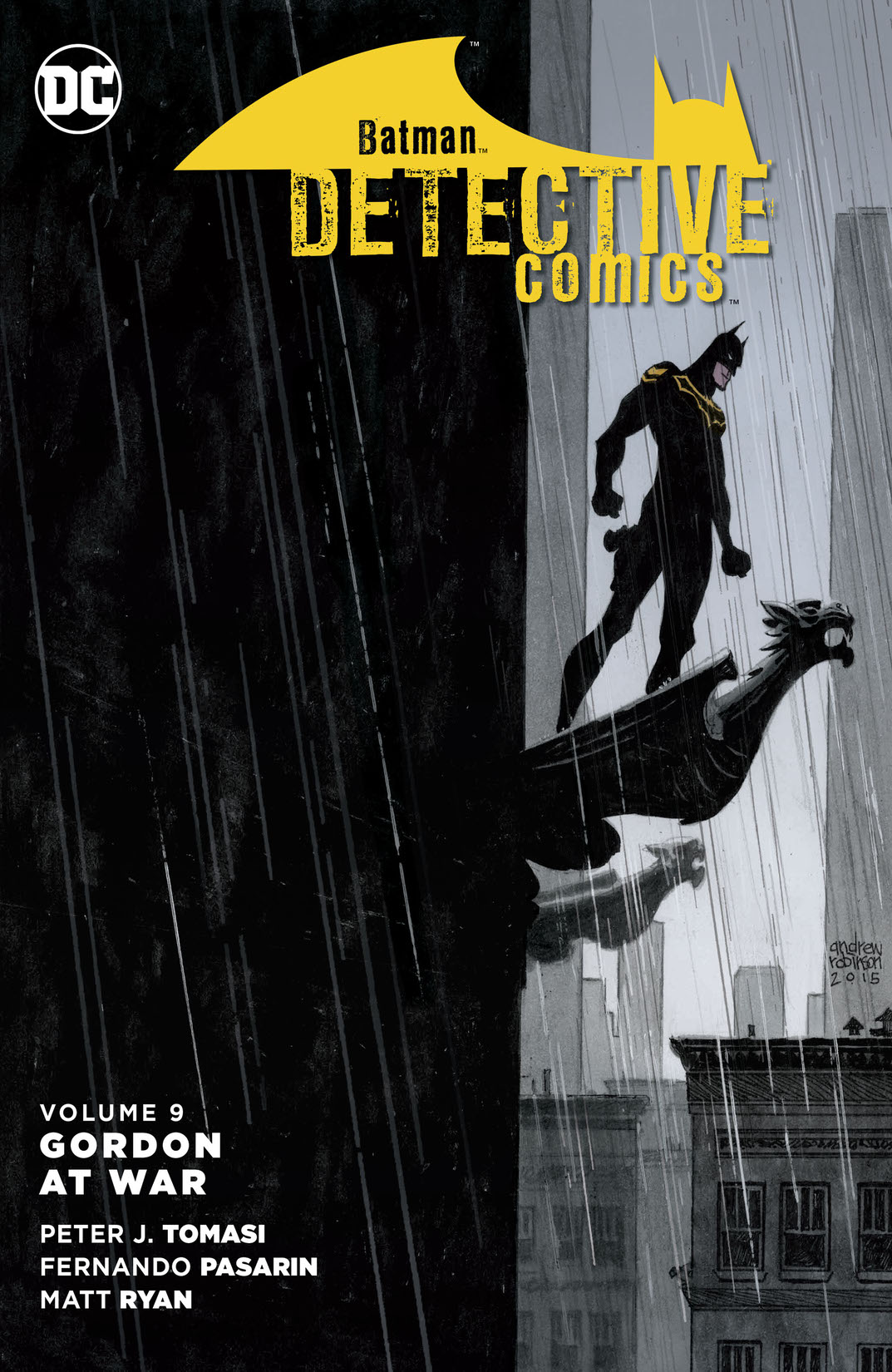 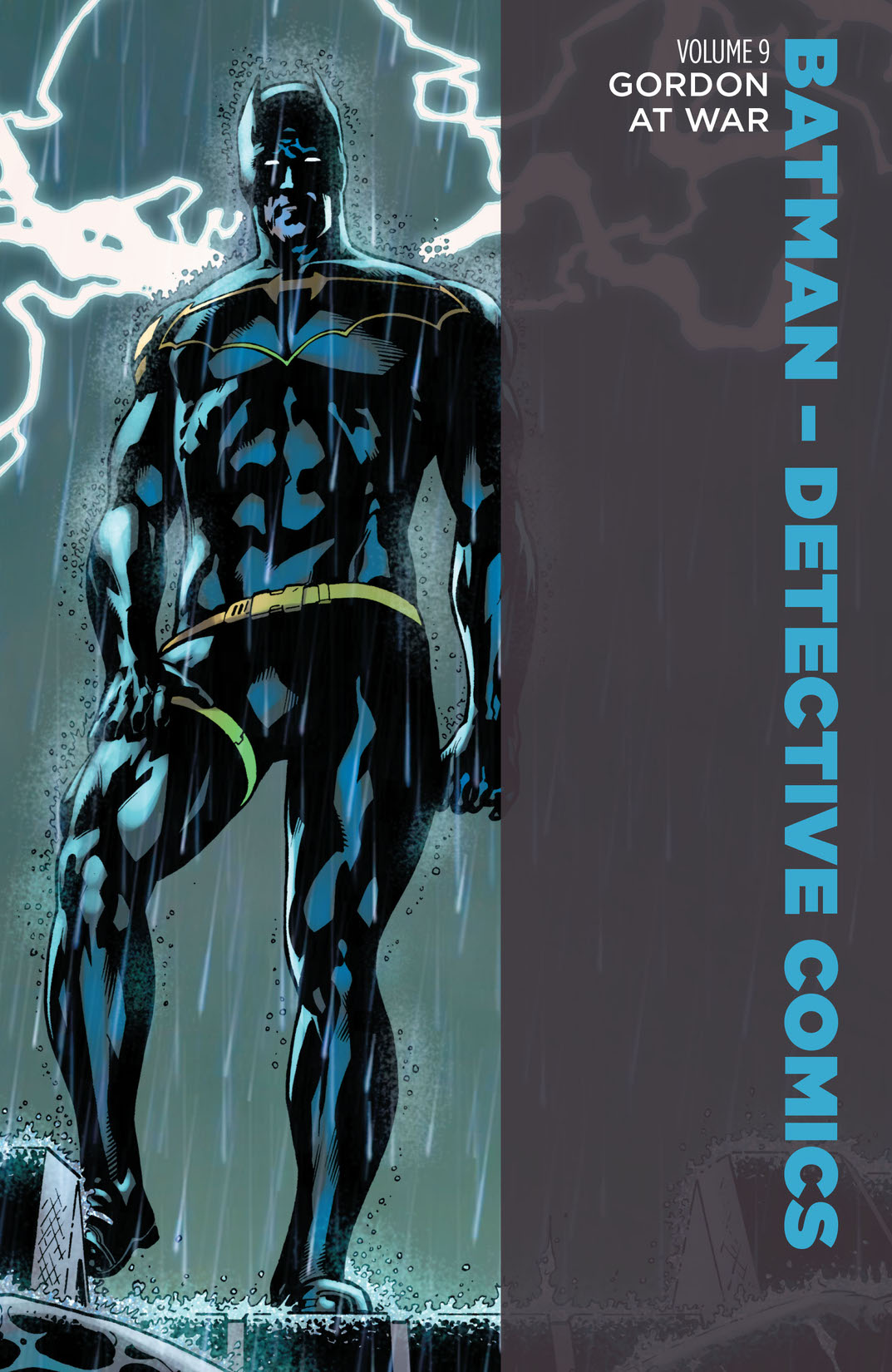 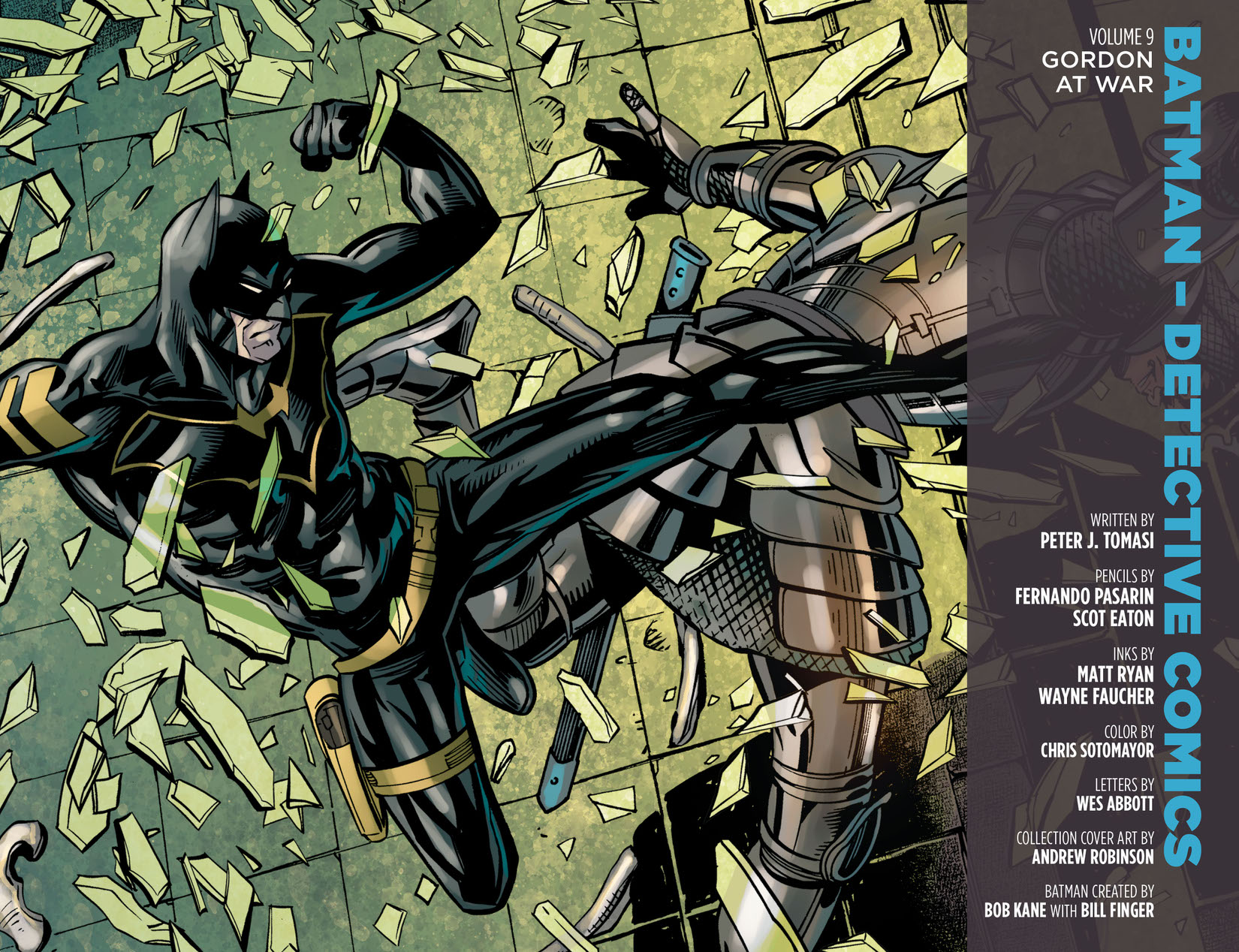 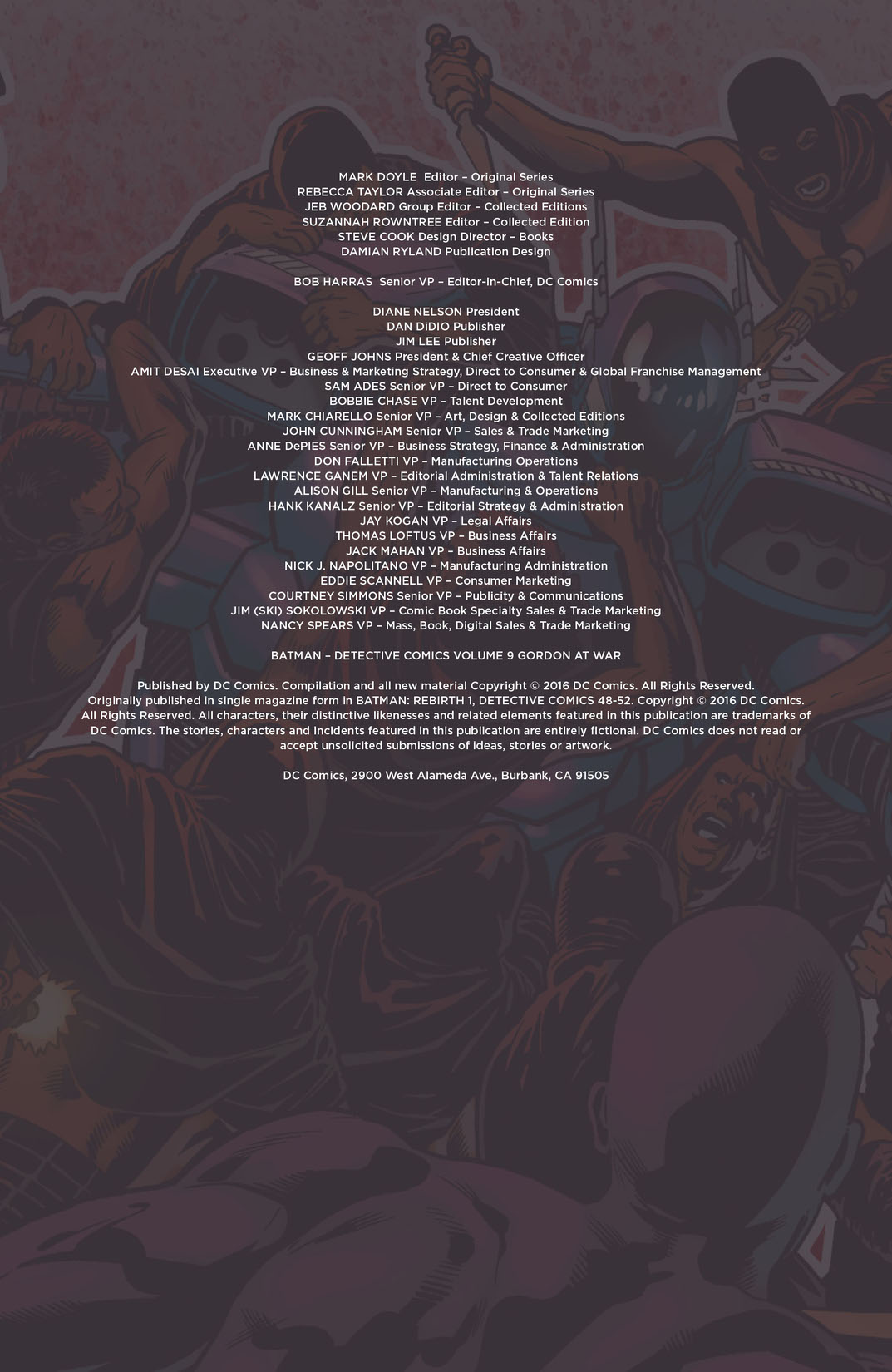 He was Gotham City’s top cop. Now he’s its Dark Knight. Jim Gordon never imagined he’d step into the shoes of his sometime ally, sometime enemy and take on the role of the Batman. But now that he’s the man behind the mask, he’s discovering that the risks are more deadly than he ever believed-and the rewards greater than he could have dreamed. Freed from the rules and regulations of the GCPD, Gordon has the power to crack his coldest cases, help his oldest friends and take the battle straight to the enemy. But history has a way of catching up, and even though he’s inhabiting a new role in the war on crime, the ghosts of the past have come calling. Martyrs and madmen, Marines and magic, murder and mayhem-if Gordon wants to be Gotham’s guardian, he must face them all... The creative team of Peter J. Tomasi and Fernando Pasarin are joined by a gallery of the greatest artists in comics for BATMAN: DETECTIVE COMICS VOL. 9: GORDON AT WAR, a milestone chapter in the legend of the new Dark Knight, spinning off of Scott Snyder and Greg Capullo’s BATMAN series! Collects DETECTIVE COMICS #48-52 and a special preview of BATMAN: REBIRTH #1.