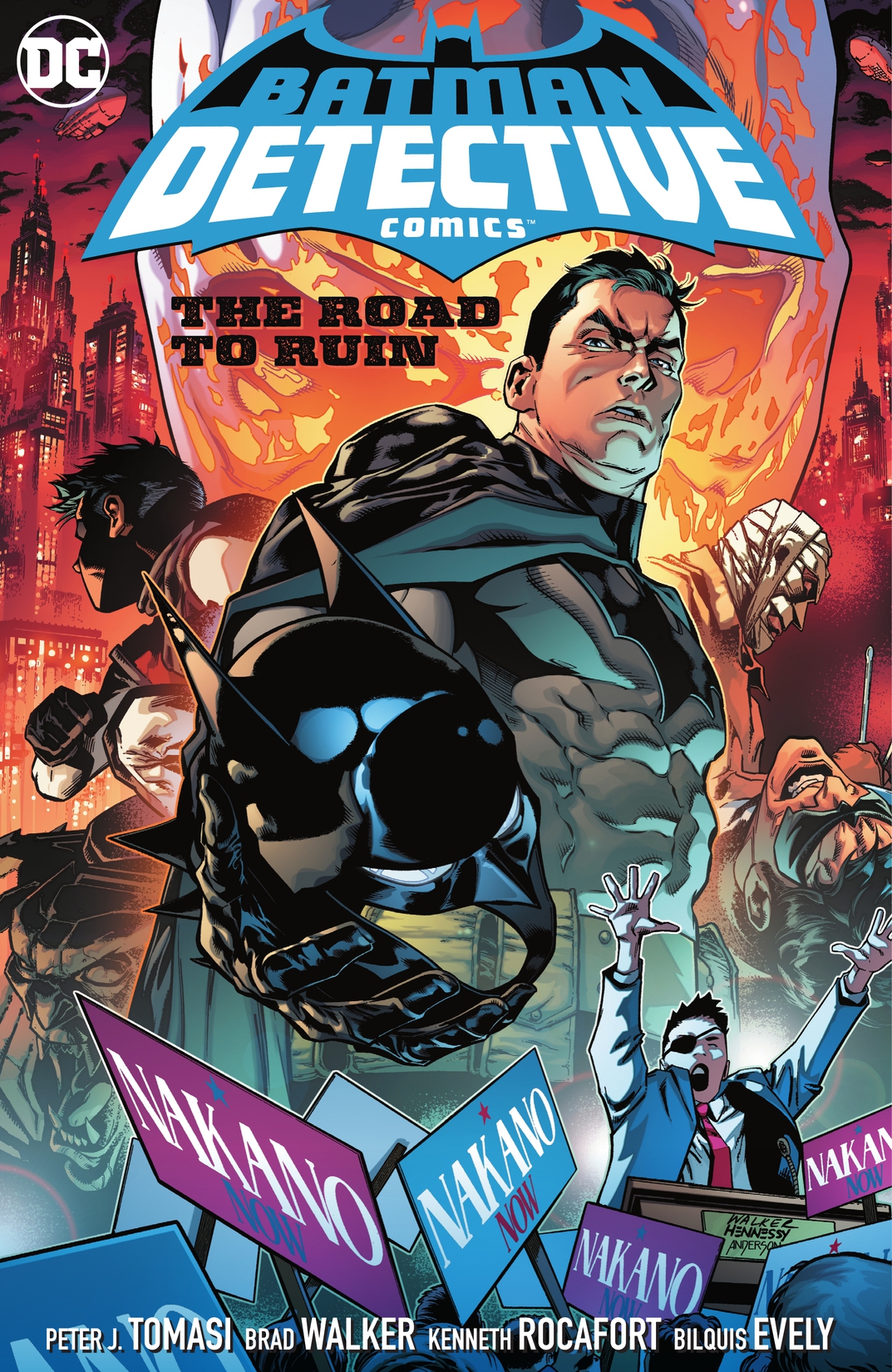 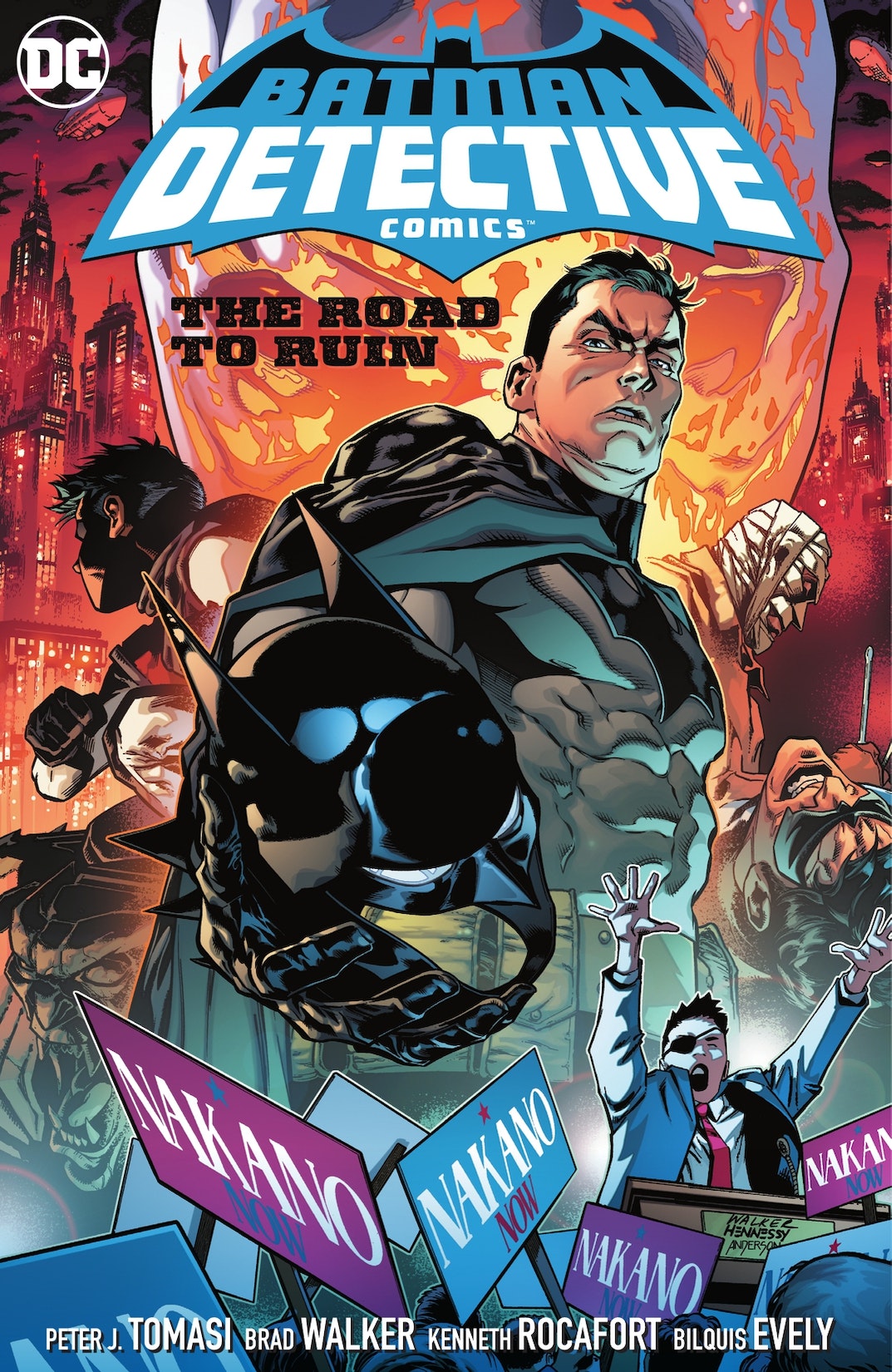 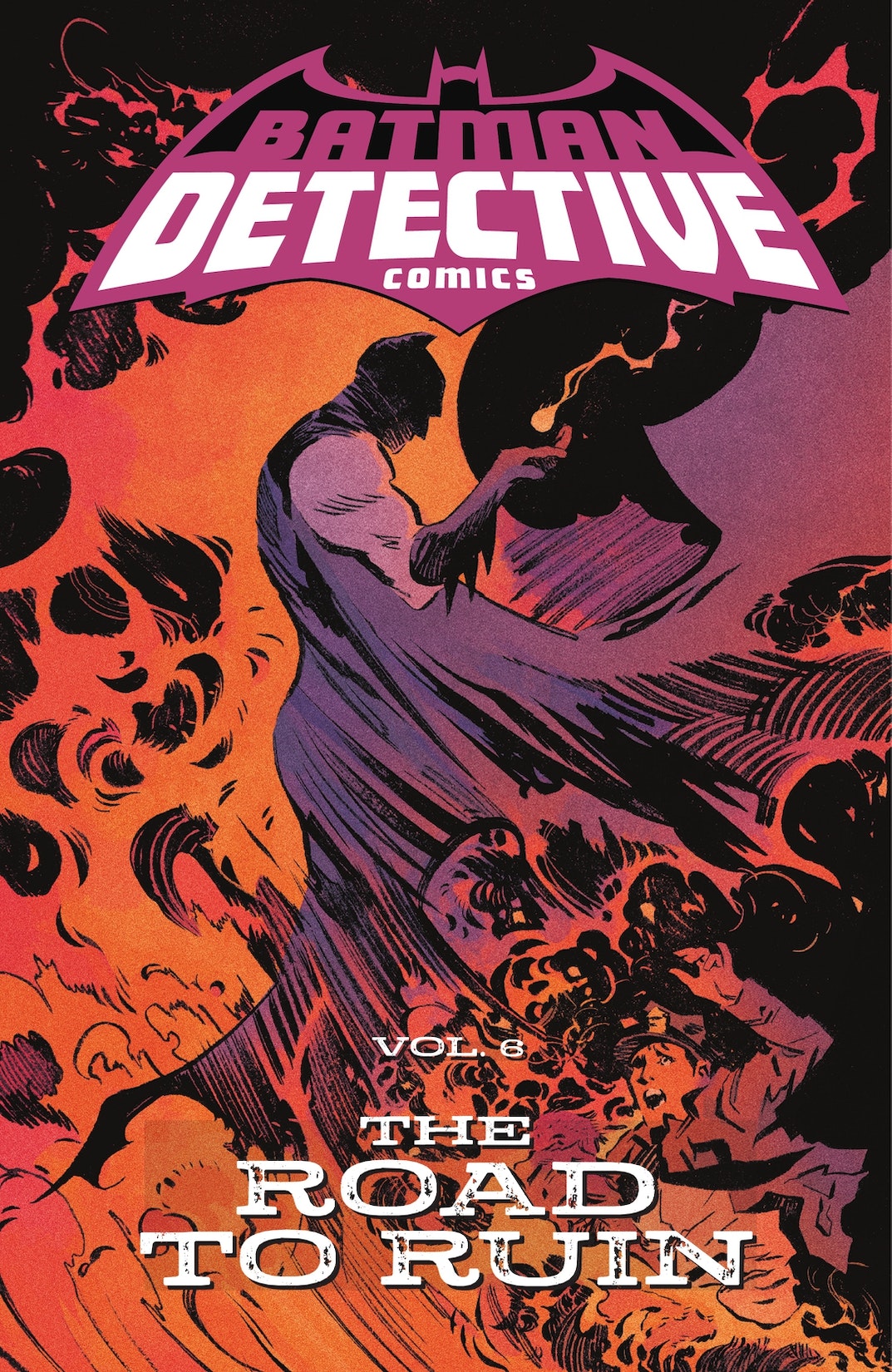 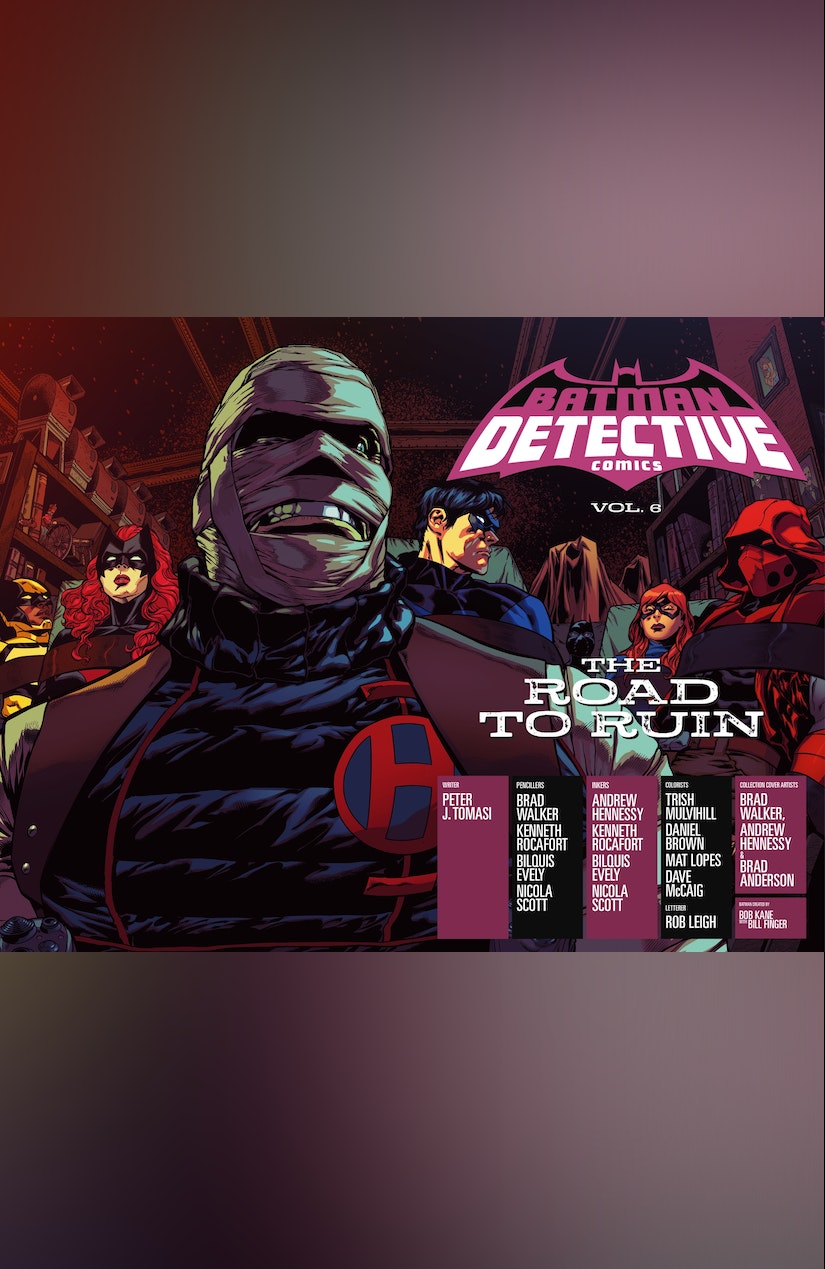 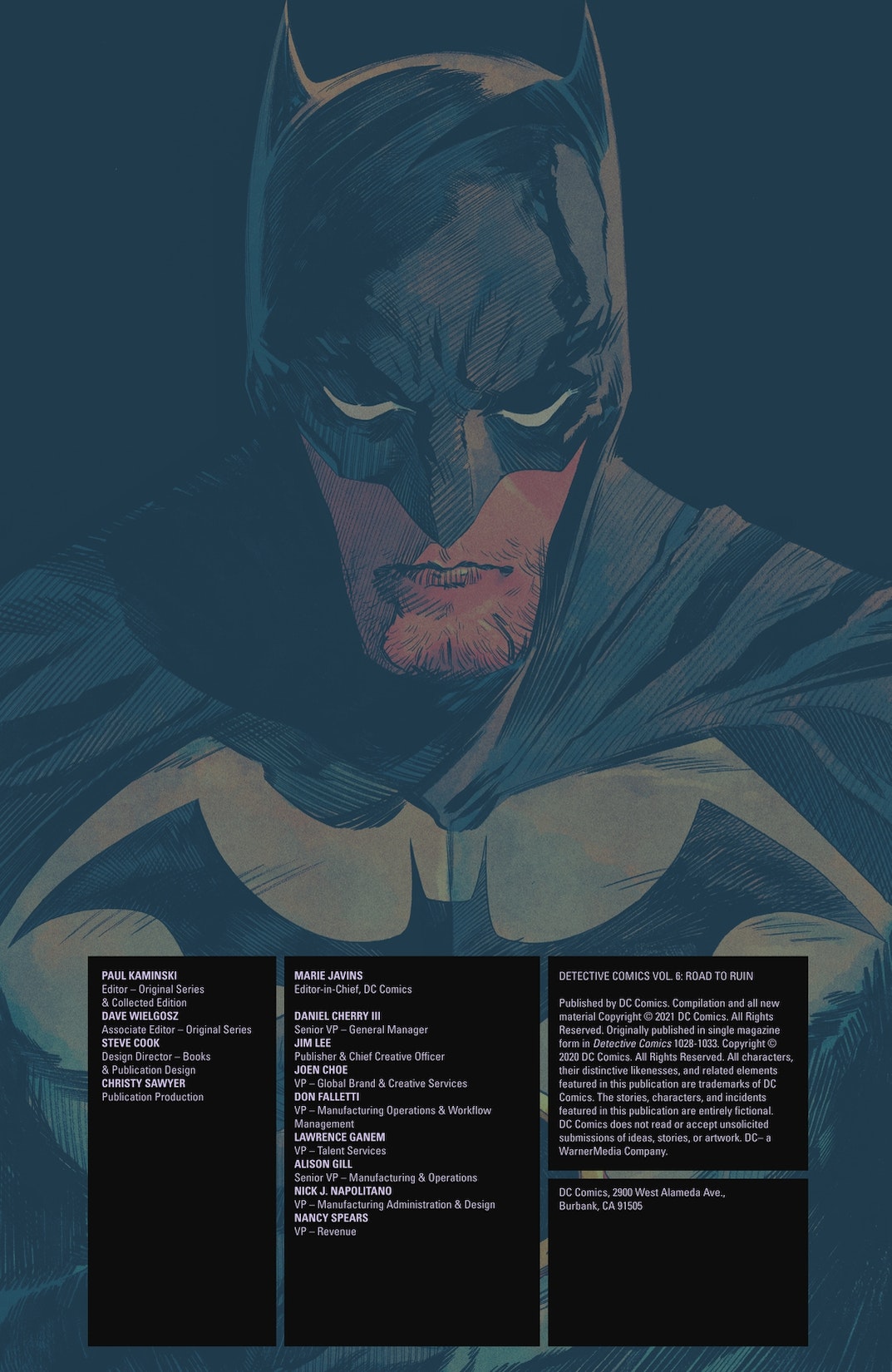 In the aftermath of The Joker War, Bruce Wayne has lost his fortune, has lost his home, and has begun losing the battle for the hearts and minds of Gotham City’s citizens. A groundswell of anti-vigilante protests pops up throughout Gotham, stoked by the mayoral candidacy of Christopher Nakano, a former police officer wounded in The Joker’s war zone. Plus, mysterious new villain the Mirror rallies others to the anti-vigilante cause, taking to the streets and leading to violent encounters that show no true victor. This final volume of writer Peter J. Tomasi’s run culminates in a battle with Robin, a hostage crisis with Hush, and the dawn of a new era for Gotham City. Batman: Detective Comics Vol. 6: Road to Ruin collects Detective Comics #1028-1033.