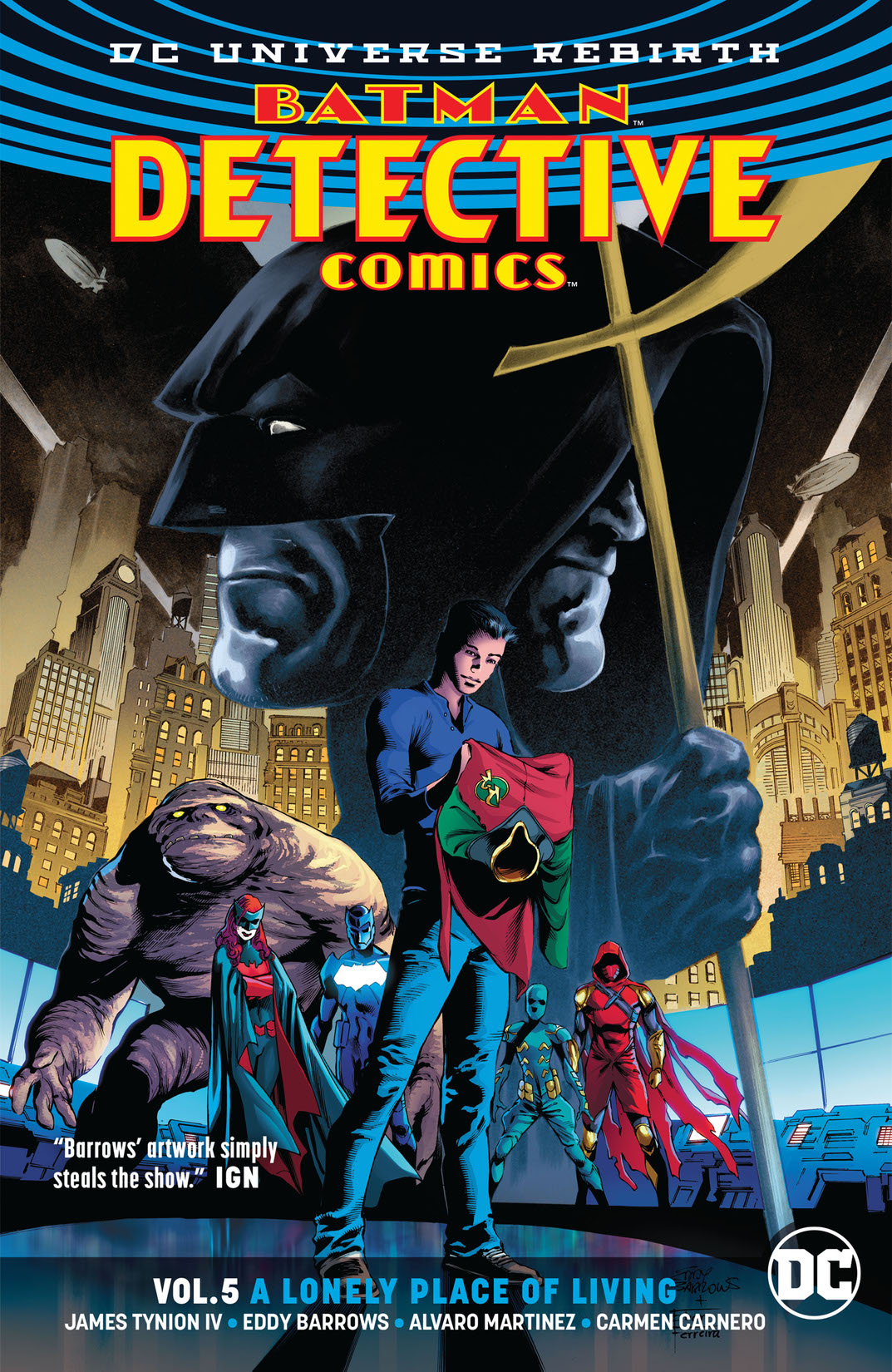 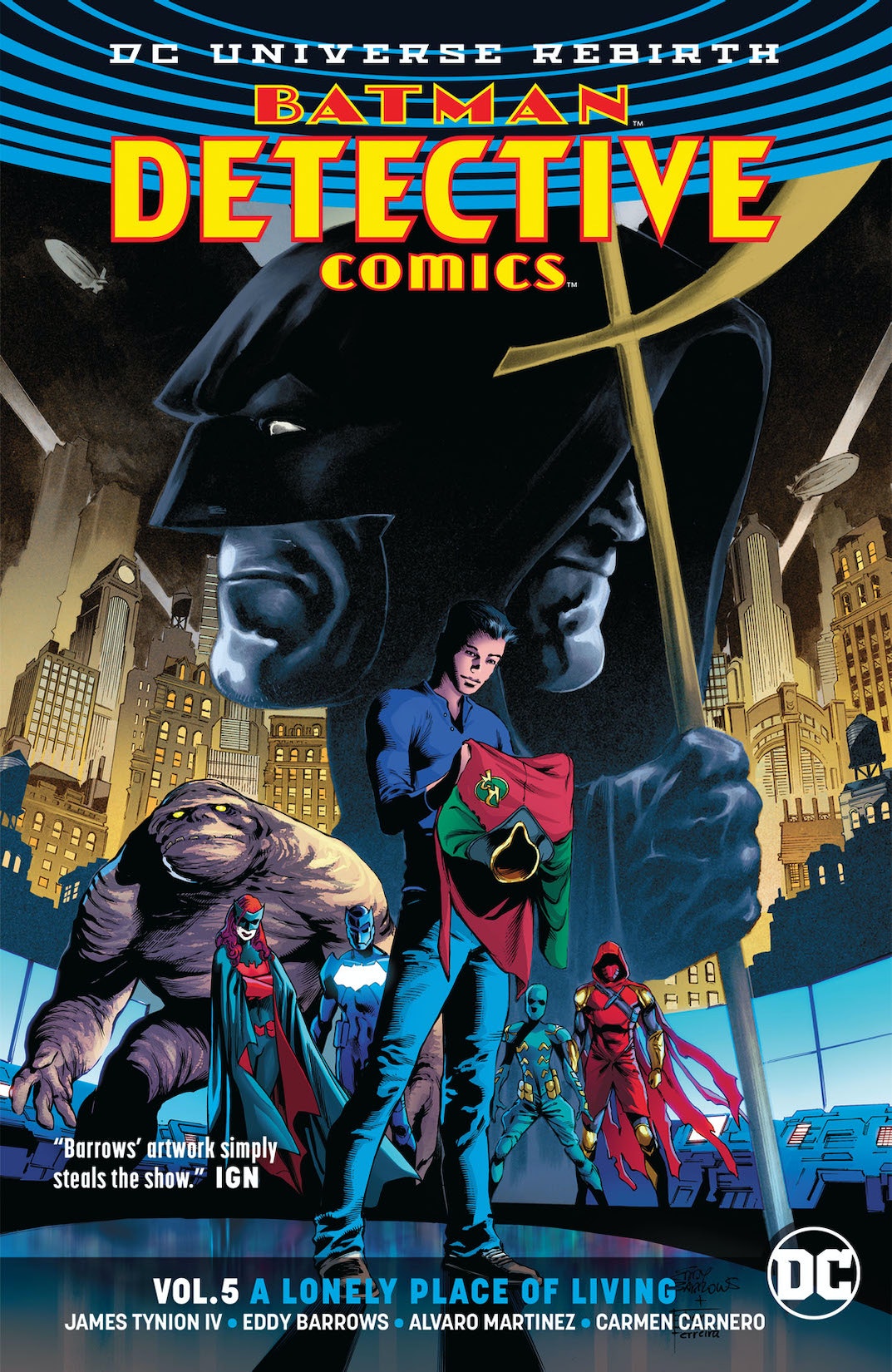 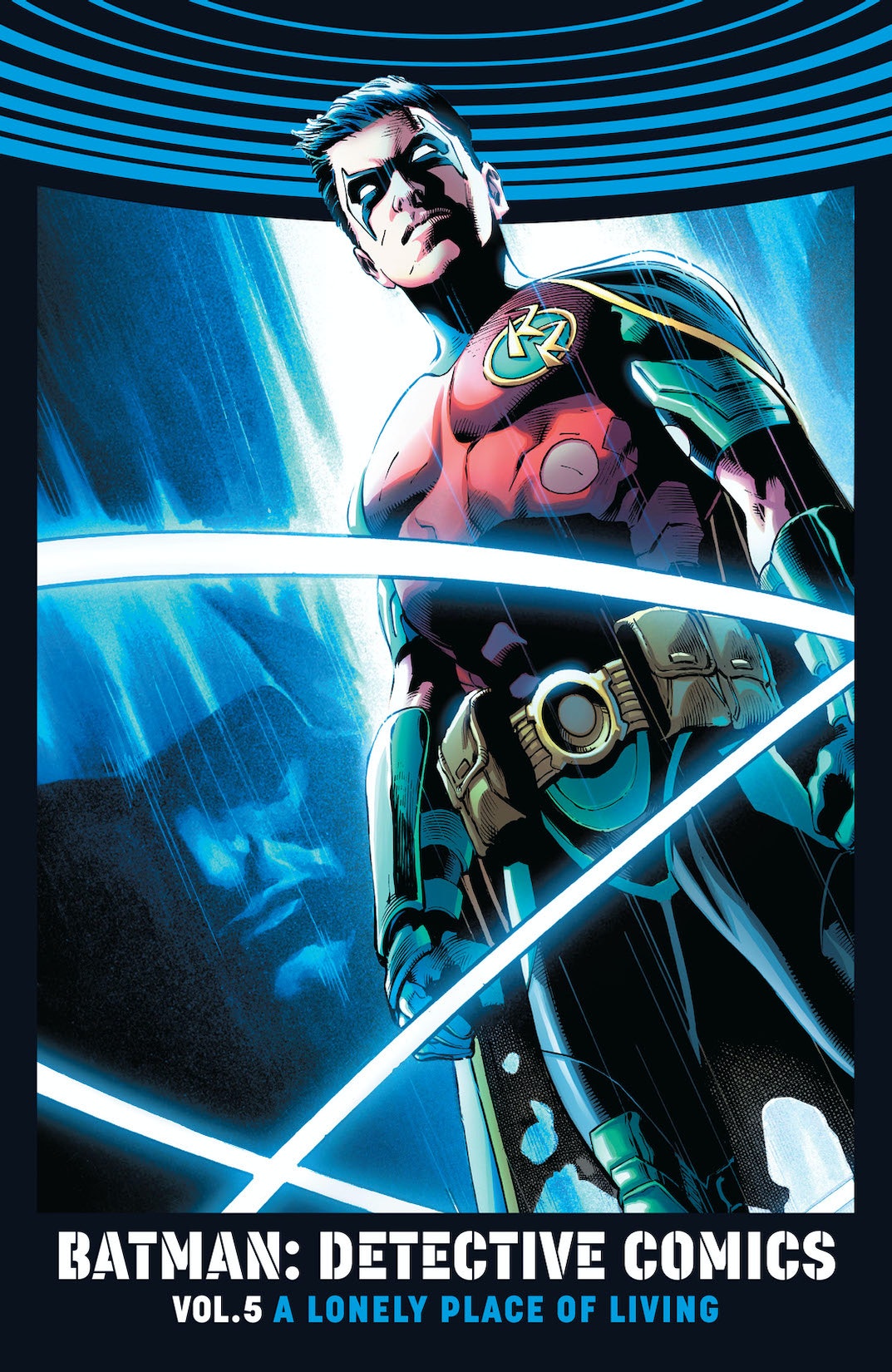 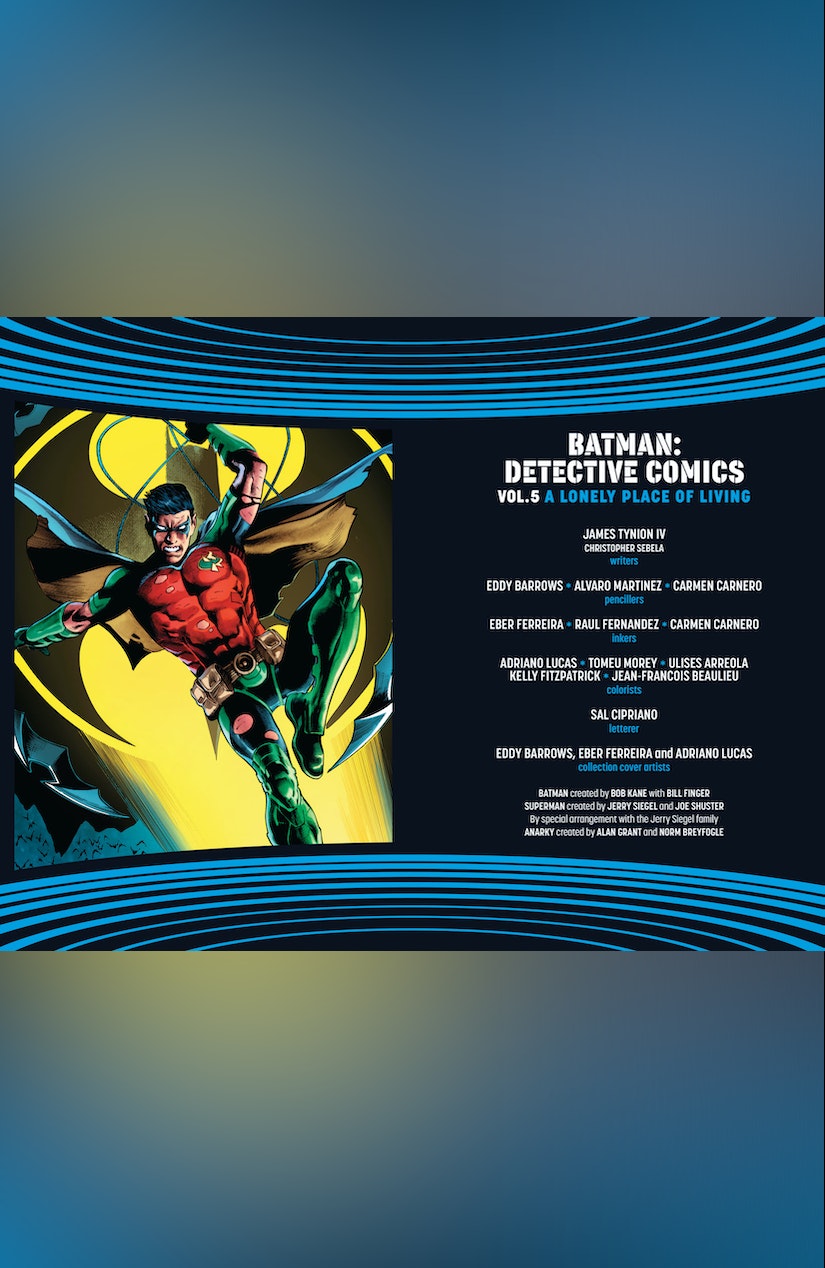 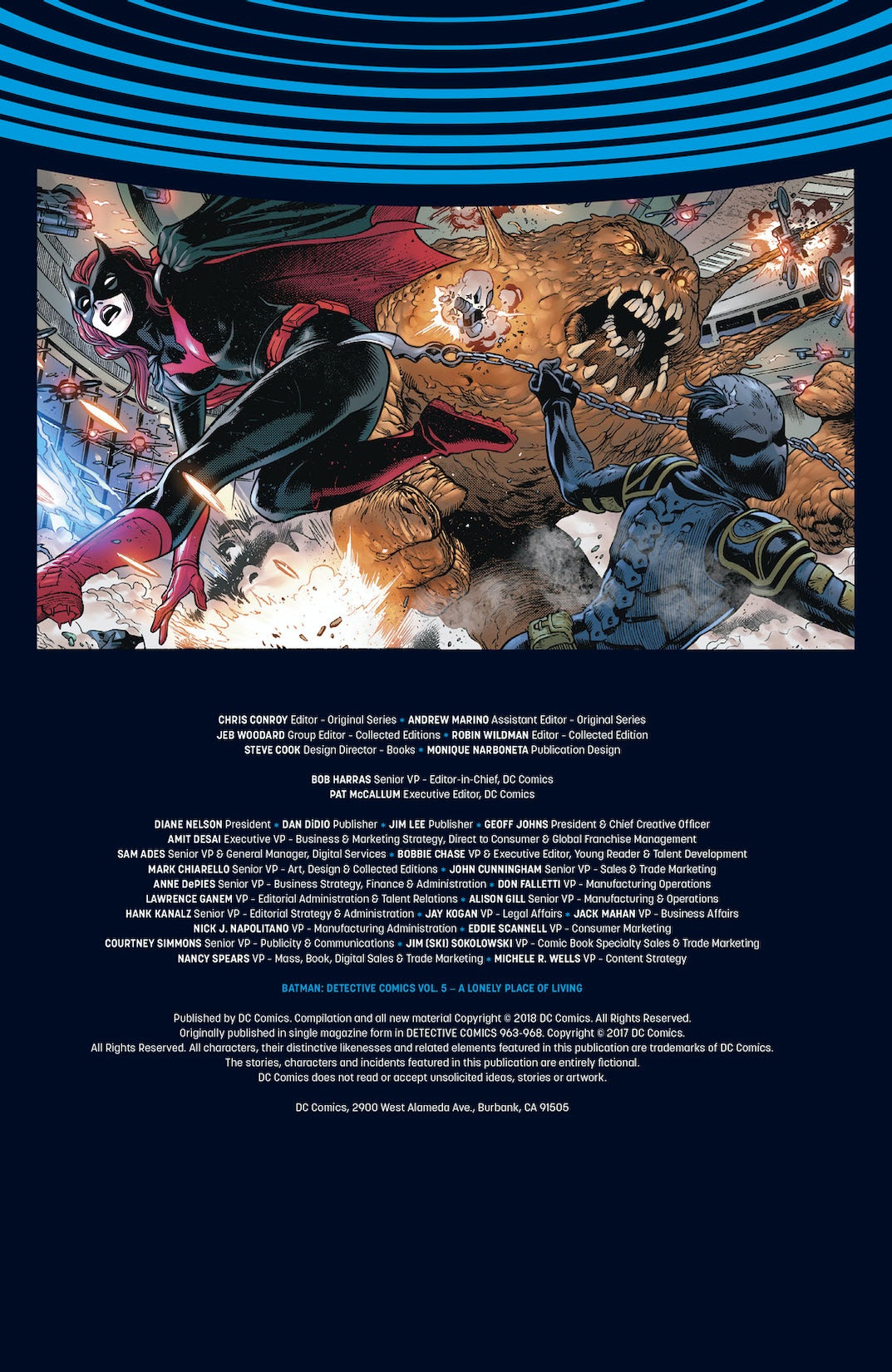 For months, Batman has been haunted by the death of Tim Drake, the young hero who fought beside him as Red Robin. Tim helped Batman assemble a team of heroes and misfits to help him keep Gotham safe, then fell in battle defending the city. Or so it seemed. In reality, Tim has been held captive, snatched from the moment of death by the mysterious Mr. Oz. Now he must escape this prison that exists outside of time, but he isn’t coming back alone. Tim has every reason to trust his fellow prisoner, but when his new ally proves he’s not afraid to kill, Tim begins to doubt everything he thought he knew! When the duo make their way back to Gotham City, Tim’s escape partner sets a plan in motion to murder one of Batman’s allies. Even reunited with Red Robin, can Batman and his team of heroes protect one of their own from a killer who knows them better than they know themselves? Writer James Tynion IV (Batman/Teenage Mutant Ninja Turtles) and artists Eddy Barrows, Alvaro Martinez and Carmen Carnero continue the acclaimed run on Batman: Detective Comics. Collects Detective Comics #963-968.