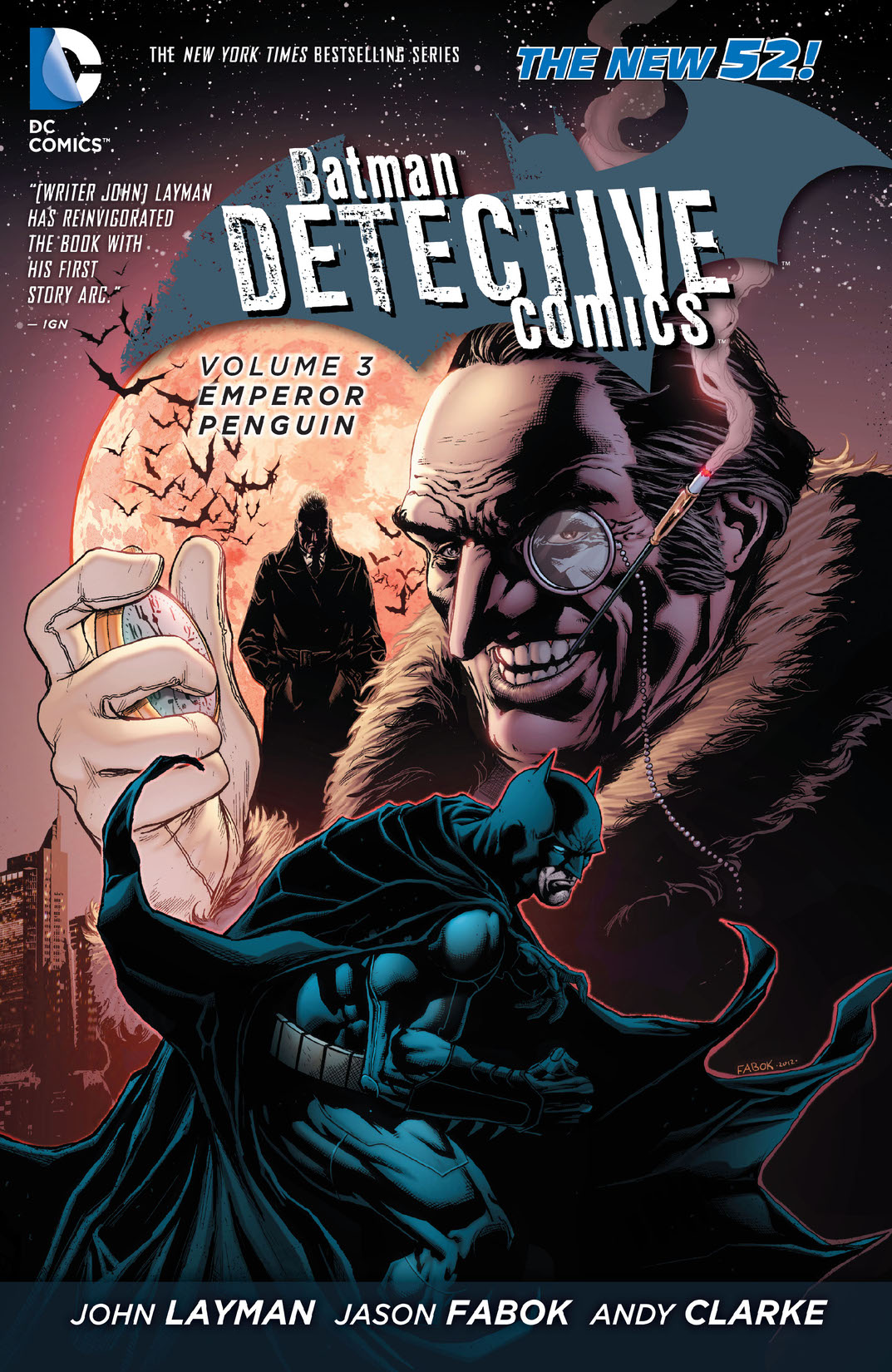 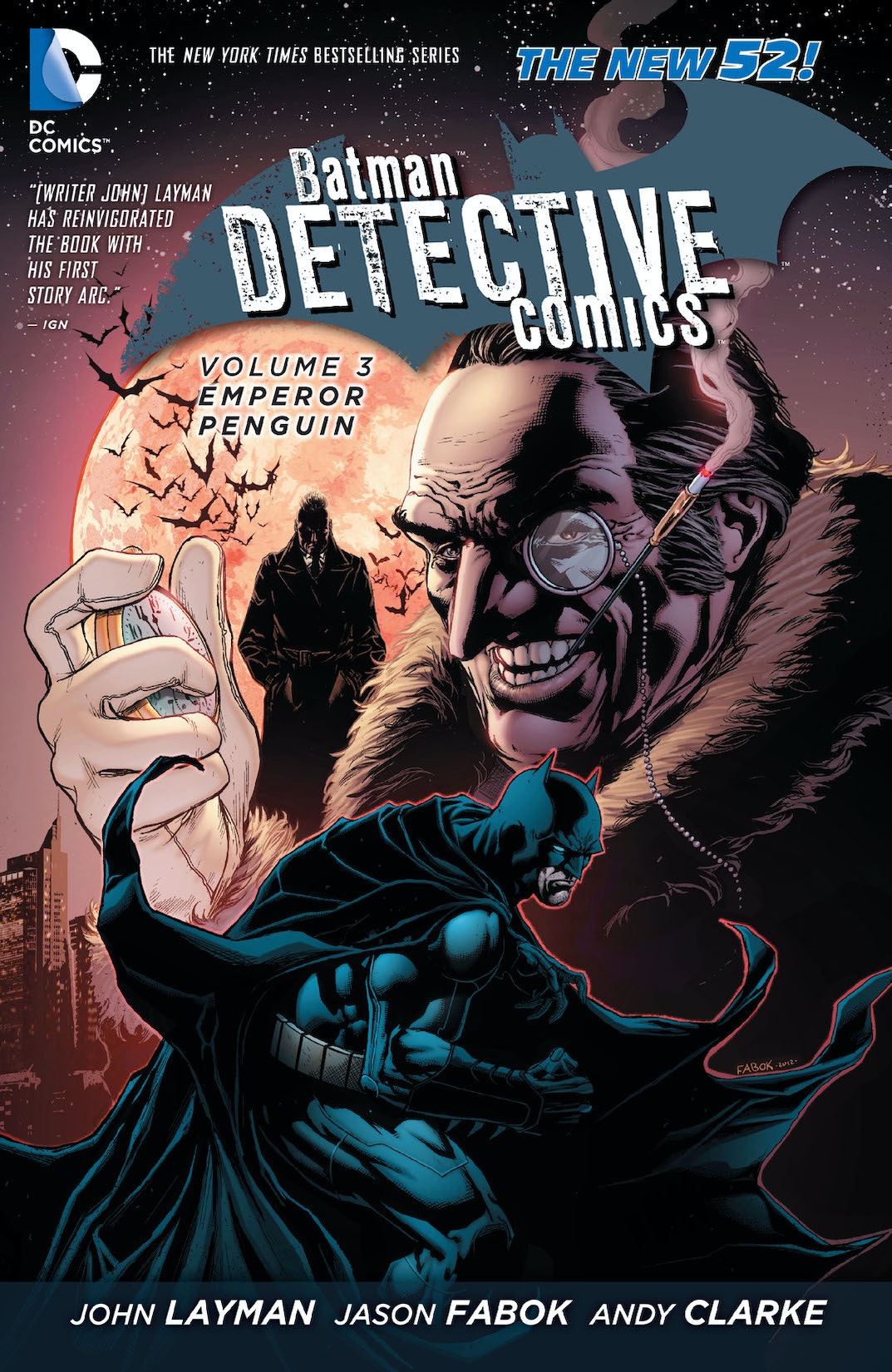 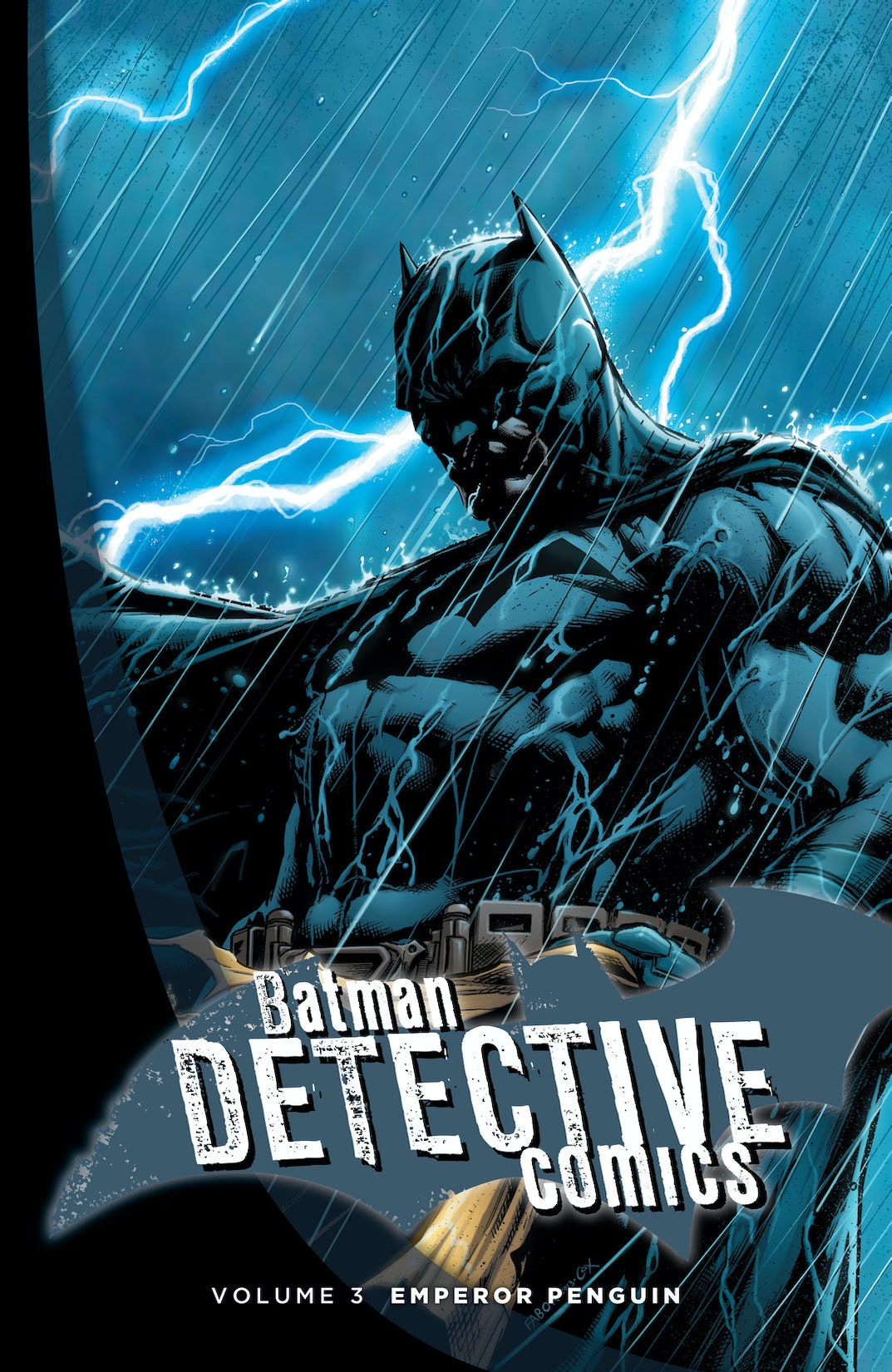 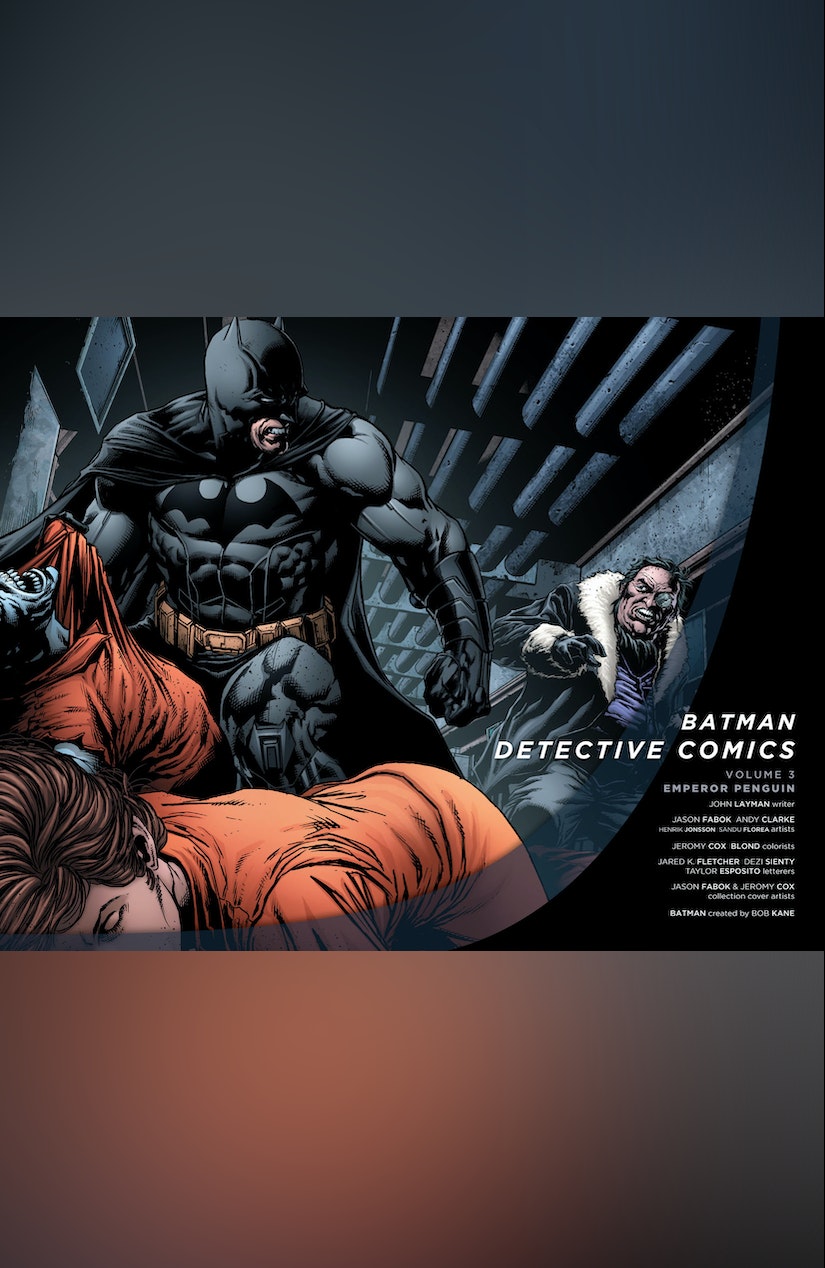 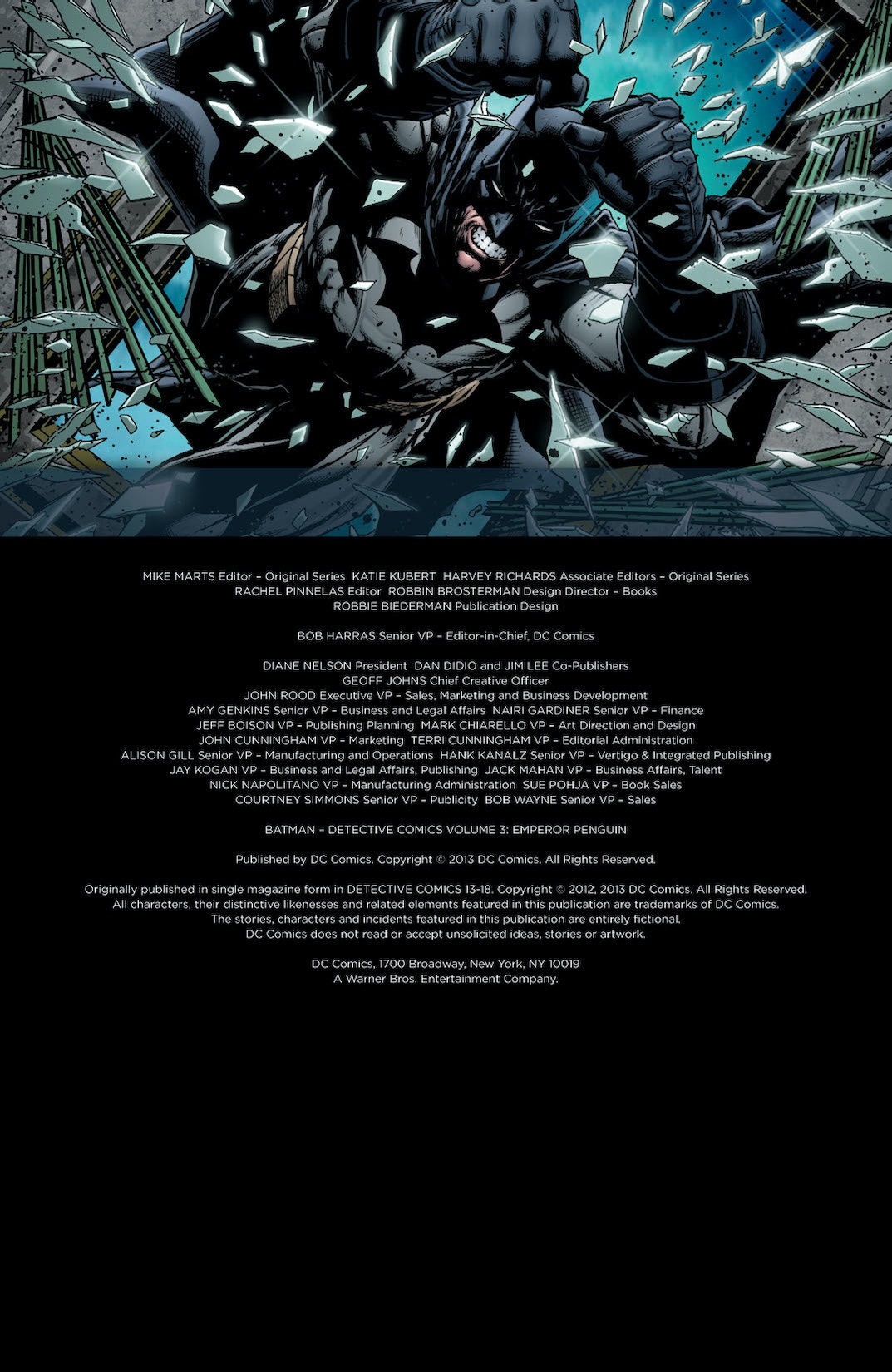 Oswald Cobblepot has a plan. No longer content with merely being the crime lord the Penguin, he yearns for the love of Gotham City. All he has to do is call a hit on Bruce Wayne, and in one night, the Penguin goes from notorious criminal to beloved savior of Gotham. Everything is going exactly according to plan. But when chaos strikes, even the best plan crumbles. And when Joker returns to Gotham, chaos comes with him. Now, with Penguin temporarily out of commission and Batman busy trying to stop Poison Ivy and a group of Joker-obsessed maniacs, a new threat creeps in from the sidelines. He calls himself Emperor Penguin. He’s everything Penguin was and more. And he’s bad news for Batman…and very bad news for Oswald Cobblepot. BATMAN - DETECTIVE COMICS: EMPEROR PENGUIN Acclaimed writer John Layman (CHEW) makes his mark on the Dark Knight Detective, with incredible art from Jason Fabok (BATMAN: THE DARK KNIGHT) and Andy Clarke (BATMAN AND ROBIN). Collects issues #13-18.